Rocket Arena Shows Off Its Stages in a New Trailer, Game is Written by TailSpin Co-Creator 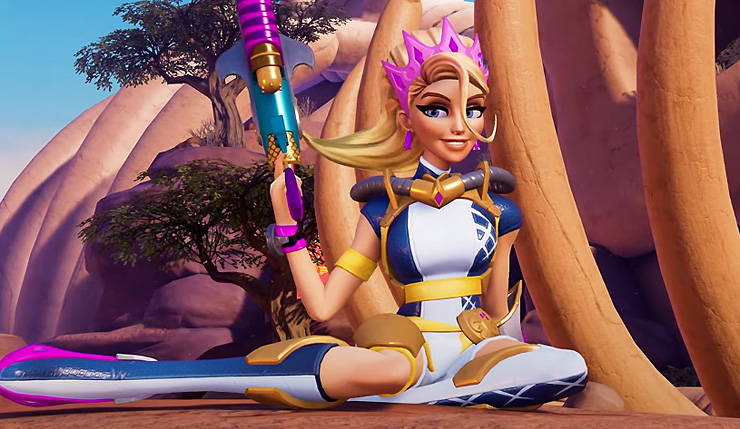 EA enters the crowded hero shooter market this month with the new 3v3 multiplayer romp, Rocket Arena. As the title implies, it's characters cast aside traditional guns in order to do battle with a variety of different rockets, and it looks like the game is going to feature some pretty original stage designs. The game's trailer shows off its generous launch lineup of 10 maps, which include a jungle temple, underwater base, dino bone dig site, fanciful airship, and more! Check out the trailer for yourself, below.

Welcome to the world of Crater! With its colorful cast of playable characters players will take a tour through Rocket Arena’s 10 vibrant maps, including a desert full of extinct dinosaur-like creatures, futuristic cities, exciting jungles, pirate lagoons and an underwater world. The story for the game was written by Writer/Co-Creator of TaleSpin, Len Uhley and Final Strike Games.

Wait, whaaaat? Rocket Arena is written by the creator of TaleSpin? Well, Ubisoft just got this 90s kid’s attention! Overall, I’m definitely liking what I’m seeing – the game’s level designs are almost Nintendo-like in their creativity and use of color. Need to know more about Rocket Arena? Here’s the game’s official description:

Developed by Seattle based Final Strike Games, a veteran-led multiplayer specialist studio, Rocket Arena is a newly evolved cross-play hero arena shooter where players and teams master the art of the rocket through a roster of diverse heroes, customizable play styles and highly competitive action. Set in the vibrant World of Crater, Rocket Arena introduces new blast and recovery mechanics, powerful rocket launchers that can be used in combat or to propel heroes around the map and signature character abilities to create a completely new shooter experience. The game will also feature regular seasonal events packed with free content, including new heroes, maps and in-game events.

Rocket Arena explodes onto PC, Xbox One, and PS4 on July 14. Contrary to what you might expect, the game is not doing the free-to-play thing – it will cost $30, with additional monetization via battle passes and cosmetics. What do you think? Planning on giving the game a shot?