Yesterday, fans of the Rock Band series have been surprised by the launch of a crowdfunding campaign for a PC port of the latest entry of the series, Rock Band 4. Harmonix stated in the past that many issues were getting in the way of a PC version of the game, but now it seems like the team wants to overcome them with fans' support. 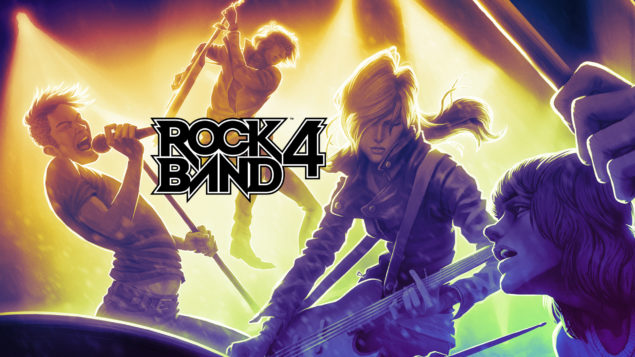 With so many consoles to PC ports being low quality ones, many are fearing that it might end up being the same for Rock Band 4. HMXJOsh revealed that Harmonix will be handling all post-launch updates, and they have no intention of diving into a crappy port. He also confirmed that the PC version will come with plenty of graphics options not available on consoles, which will allow players to take advantage of powerful machines to make the game look as nice as possible.

You shouldn't be worried about the quality. To answer the latter part of this question, once the Sumo-developed port launches, we'll be bringing ongoing updates in-house. We don't want to dive into a crappy port once the code is passed back to us, so it's very important to us that the PC version stands alongside the PS4/XB1 versions in quality. Also, the ongoing updates post-launch will release alongside console, no waiting required!

This also covers the second part of your #5, but exact graphical settings are going to come out of the development process. That said, part of the work we'll be tasking Sumo with is making this version customizable in ways that consoles aren't. i.e. If you've got a beefy PC, we want the game to look its best.

While making DLC songs purchased on other formats available on PC is impossible due to obvious reasons, one fan has asked about the possibility of purchasing songs from previous entries of the series. Unfortunately, it seems like this won't be happening due to licensing reasons. Bringing select songs as one-offs might be possible, though.

"Licensing isn't screwy on those, it's unfortunately pretty cut and dry: Our rights to sell those songs in any capacity has expired, so we can't bring them back without relicensing them. They won't be coming back for PC (Unless we get individual songs as one-offs)."

HMXJosh also further elaborated on the choice to release the game on Steam and not through the Xbox Store, which might have allowed the team to push cross-buy with the Xbox One version. The decision has been made due to Steam Workshop, which allows the return of the Rock Band Network, and to not split the userbase.

Steam has the Steam Workshop, which allows for the return of the RBN, which we feel is a better tradeoff that also doesn't split our userbase.

Rock Band 4 is now available on PlayStation 4 and Xbox One. You can support the release of a PC port by going here.