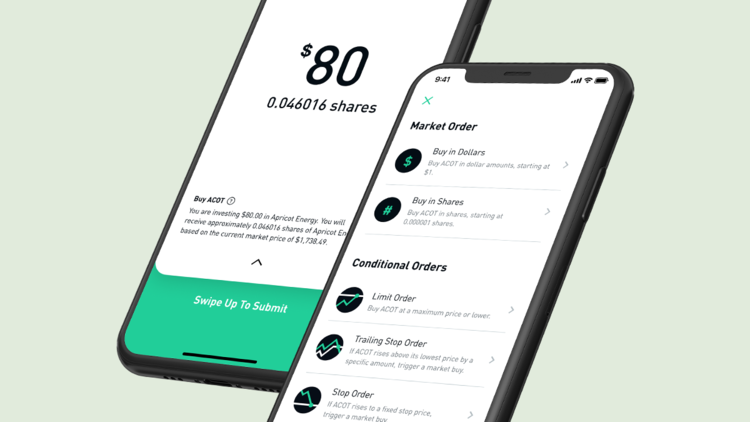 Robinhood announced today they will be offering the ability to purchase fractional shares on their popular trading app.  Since there are a variety of stocks and ETFs cost hundreds, or even thousands of dollars for a single share, most people are not going to be able to invest in Berkshire Hathaway Class A (NYSE:BRK.A) shares. Robinhood will be offering the opportunity on select stock listings that will include Amazon (NASDAQ:AMZN), Apple (NASDAQ:AAPL), and many others.  Just like with other Robinhood announcements this one comes with a sign-up list for early access when it launches next week.

As always, when it comes to the platform, purchasing fractional shares is free and occurs in real-time.  In addition, Robinhood will also be rolling out two more features for its customers: the ability to support Dividend Reinvestment Plans (DRIP) and Recurring Investments.  These features will automatically reinvest cash dividends back into the stocks and ETF’s and you will also have the opportunity to schedule recurring investments. Both of these are important tools that ease the burden of actively monitoring your investment account when dividends payout and then making purchases.  The recurring investment feature will pair well for people taking advantage of the recurring deposit feature to make consistent investments over the long term. These additional features will be set to roll out early next year, so stay tuned for updates.

Yesterday, Robinhood also announced they are releasing the cash management feature to limited users.  This feature is one in which Robinhood partnered up with a variety of banks so that you will earn interest on your cash holdings.  The list for this feature is still active, with about 812,000 people waiting in line for the service to be rolled out to them. I signed up for this with Robinhood and hovered about 4,000-5,000 on the list until yesterday and I am currently at 2,300 so they are only offering very limited access at this point, along the lines of perhaps a couple of thousand people or so. This is just a guess on my part though, pending confirmation from Robinhood.

Appearing on CNBC’s Mad Money show with Jim Cramer last week, co-CEO Vladimir Tenev while promoting the company hitting 10 million users, had this to say regarding what he is proud of, “We’re proud of the fact that we’ve enabled so many younger investors and first-time investors to have access to the markets because we believe that the more people that have access to the markets and can start investing earlier the better off our economy will be.” When discussing millennials in the wake of the 2008 financial crisis he continued, “We saw an opportunity to build a product that really spoke to that generation, and commission is a part of it. Part of it’s also building a product that’s easy to use, that’s mobile-centric and that really puts customers first”.