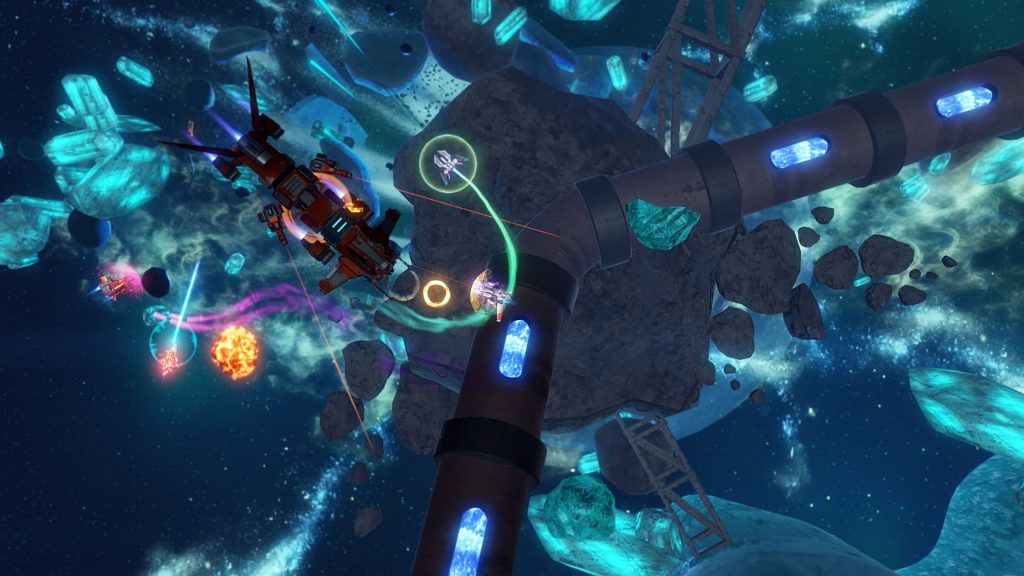 It's a space pirate life for me. Climax Studios just unveiled their new co-op space shoot 'em up, RiftStar Raiders coming later this year on PC and consoles.

RiftStar Raiders is a top-down shooter with nine co-op missions against four of the galaxy's dangerous factions. It takes place in the Spiral Arm galaxy that is currently under threat of the WarSwarm, an AI hive mind. You'll work as a team in order to take on the ever-increasing challenges of space. Even though you've got a team, all loot is up for grabs regardless of who makes the kill which should make for some rather awkward conversations.

Be ready to face off against deadly pirate gangs and use that sweet loot to upgrade your spaceship. Below are a few more details about RiftStar Raiders:

Expect to see RiftStar Raiders on PlayStation 4, Xbox One, and PC later this year.