With increasing support from Sony and Microsoft, and considerable amount of games from different developers that pile up to build a decent library, the eighth generation PlayStation 4 and Xbox One video game consoles are no more targeted majorly for the hardware that powers them. Both the consoles have a vastly similar architecture for graphics processing, according to the developer responsible for motorcycle racing game called RIDE, but for better outcome, each console requires to be treated separately knowing the differences. 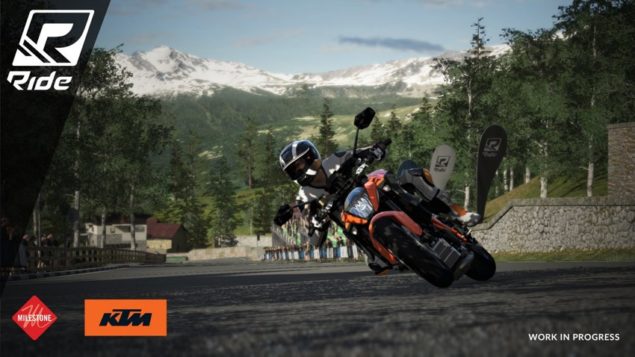 Regular system updates for PlayStation 4 and SDK performance boosts for Xbox One have eventuated in much better end results from both the consoles, but that doesn’t mean that developers don’t have to tickle the hardware and find best applicable methods to optimize different types of video games. In an interview with Milestone S.r.l., an Italian video game developer responsible for RIDE video game, which comes as the developer’s first title for the Xbox One and third for the PlayStation 4, GamingBolt talked to the game’s director Andrea Basilio about the latest console’s graphics processing units. Expressing what he think about the differences between the GPUs of the PlayStation 4 and Xbox One, Basilio said:

“Without going in too much detail or touching aspects covered by NDA, I can tell that the two architectures are vastly similar, with the PS4 favoring raw bandwidth with the GPU and Xbox One relying more on the clever use of the eSRAM.”

Nevertheless, despite the similarities, it is not that easy to optimize a game using same technique for both the consoles. Basilio believes that for improving the performance, the real trick is to recognize the differences and use them to work out a solution that would lead towards an overall optimized content. At one stage, RIDE was running at 1080p on the PlayStation 4, but only at 900p on the Xbox One, however, a little help from Microsoft and the development team’s efforts have resulted in the game’s native 1080p resolution on both consoles. Basilio said:

“But this is all hardware gossip, let me say, real world games may or not encounter bottlenecks on both machines in different areas. The real trick is knowing the differences and not basing the whole result on a strong point that might be missing on other platforms. Our PS4 and Xbox One versions are almost identical at a healthy frame rate, that’s quite a result in a world of upscaled or letterboxed games.”

While some hardware hungry major triple A video games are still difficult to optimize at native 1080p resolution on the hardware that the PlayStation 4 and Xbox One rocks, the gap between both the consoles is shortening, thanks to Microsoft regularly updating Xbox One SDK. RIDE is due to launch this week on PC, PlayStation 4, PlayStation 3, Xbox One, and Xbox 360 in Europe.