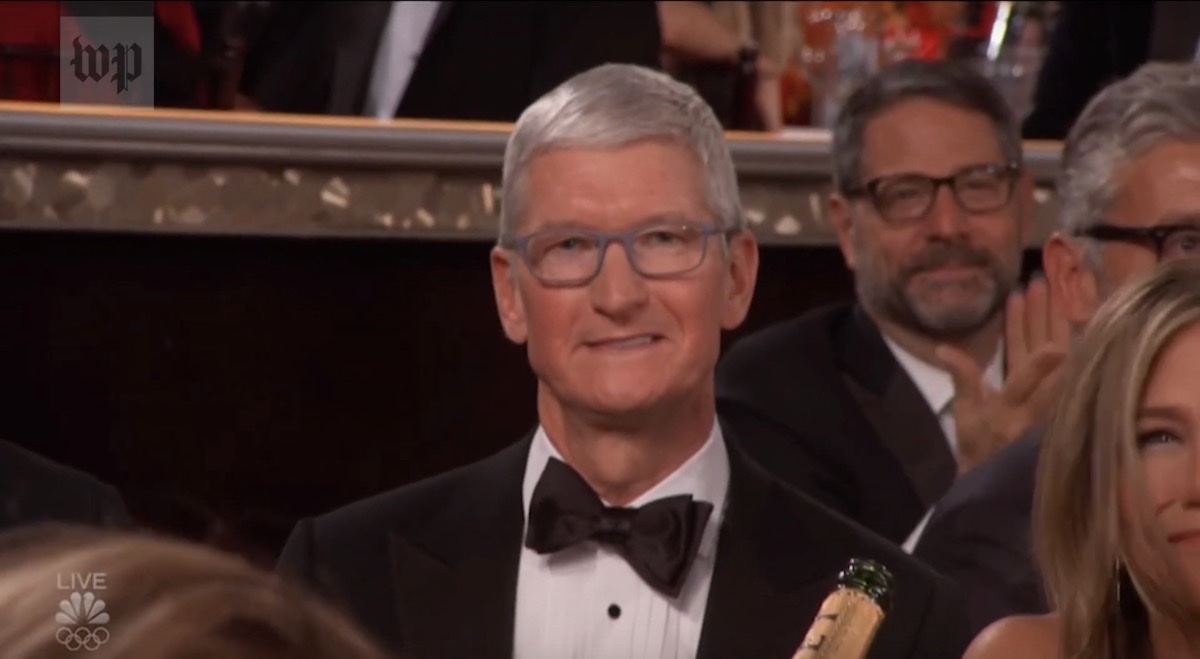 Apple had received three nominations heading into Golden Globes, but they came out winning nothing from the event. However, the company was the butt of a joke by comedian Ricky Gervais, who was also hosting the event. Ricky called out Apple for running sweatshops in China, while broadcasting The Morning Show which is all about doing the right thing.

Apple CEO Tim Cook and The Morning Show stars Jennifer Aniston and Reese Witherspoon were in attendance at the 77th Golden Globes. Apple TV+’ The Morning Show was nominated for three Golden Globes: best television series - drama and best performance by an actress in a television series for both Jennifer Aniston and Reese Witherspoon. Although the show was loved by audiences, the show failed to win any of the awards.

In his monologue, Ricky Gervais roasted a bunch of people and groups from Hollywood, before focusing on Apple. He praised The Morning Show for being a superb drama which highlights the importance of doing the right thing, but went on to add that it is made by a company that runs sweatshops in China. He went on to point out Amazon and Disney as well, that these companies, along with Apple, claim to be woke, but the reality is different and Hollywood talent still works for them.

Here is the transcript of Ricky’s monologue where he called out Apple, Amazon, and Disney:

Apple rolled into the TV game with a superb drama about the importance of dignity and doing the right thing, made by a company that runs sweatshops in China. So, you say you’re woke, but the companies you work for, unbelievable. Apple, Amazon, Disney. If ISIS started a streaming service, you’d call your agent, wouldn’t you?

We're sure that Ricky Gervais will not stop using his iPhone, Apple Watch and Mac, despite roasting Apple on-stage.

While it is difficult to take offense at Ricky Gervais’ monologue by any of the people and companies mentioned in it, as he’s a comedian, most of the things he said had a deeper meaning. Check out the highlighted from the monologue in the embedded video below.

Although Apple TV+ first Golden Globes outing was not successful, the company has a long road ahead with the service already working on the second seasons of its shows, and other new content. Apple has the money and talent and if The Morning Show is any indication, the company will definitely be winning awards soon.