Ask a certain professional league footballer and you’ll know that anyone can fight the vast and uncaring cruelty of the British Government, but it isn’t always easy, and it can sometimes be a little repetitive. Watch Dogs Legion lets anybody turn against a fictional, but not all that unbelievable London establishment that has sunk even further into the mires of nationalism, fascism, and authoritarianism.

Watch Dogs Legion doesn’t feel a million miles away from its predecessors. You can notice the similarities as you get to grip with the controls and begin to inhabit fantasies of fighting an almost cartoonishly black and white villain while you explore a large, semi-fantastical city. But having said that, Legion's gameplay does represent a step forward from the other games in the Watch Dogs series, even if the game does fall down elsewhere (we'll get to that).

London is certainly great to explore, and like a lot of digital cities, Watch Dogs Legion does a fantastic job of encapsulating the iconic look and feel of each borough. I’ve spent a lot of time in Camden, and I honestly never thought it would be recreated in such loving detail as it has been here. Other landmarks, big and small, make an appearance and each has their own personality bestowed onto them, even if it sometimes feels like a ghost when compared to the hi-tech, authoritarian overlay plastered over it.

The city isn’t too big either. This isn’t Ghost Recon Wildlands, where you’ll have miles and miles of empty space to trek over. In reality, London is a condensed city, and in Legion, it's further condensed again. Londoners might bark at the rearrangement of the landmarks and boroughs, but for visitors like us, it’s the perfect size. You’ll also find a staggering amount of tube stations that serve as fast travel points and an auto-drive feature in every vehicle that means you won’t have to traverse the city yourself if you don’t want to. 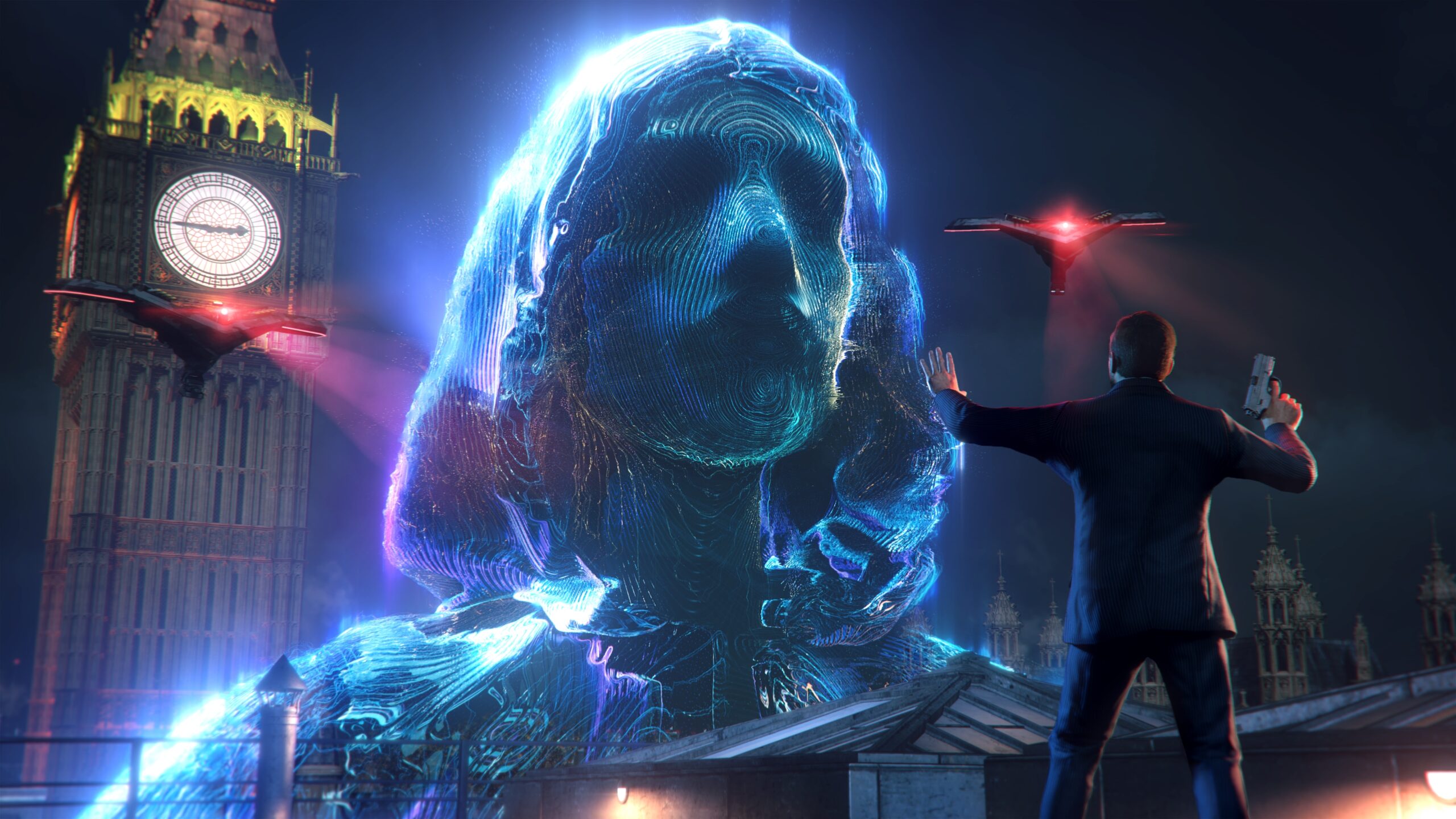 The auto-drive feature in particular is a strange but welcome addition. Never before will players have travelled through an open world city game as slow as they do when the car takes its own wheel. You follow traffic lights and wait patiently for cars and pedestrians to pass by. But it also gives you a chance to look at the city: to witness the red bricks of Camden erupt into glass and steel as you enter the City. Or to simply see the detailed, varied buildings pass by, each with their own history stapled onto their façade. That, and it helps you learn to navigate the relentlessly maddening one-way system.

The first Watch Dogs game made Chicago feel cold, and empty, like an imitation of the city from beings high above us. San Francisco was better, imbued with life and colour. But Legion has outdone its predecessors and created one of the most vibrant and bewitching adaptations of a real city seen yet in a game.

It’s also been absolutely filled with reasons to explore it. Ubisoft is often lauded or mocked for the amount of waypoints on its map - and Legion is no different - but these collectibles and side missions don’t feel nearly as intrusive as you explore the city. Flashes of green denote tech points used to upgrade the powers of each DedSec operative, while greyed out pages and headphones highlight text and audio logs, if you want to hunt them out. There’s also pubs and darts and graffiti and parcels and a bunch of other things to do in each and every corner of the city, but they don’t demand your attention.

There is also the recruitment system added to Watch Dogs Legion, which lets you recruit nearly anyone into DedSec, bolstering your ranks with new abilities and skills that will help you overturn the city’s masters. Previous Watch Dogs games allowed you to see shards of the NPC’s lives as you scanned them, and this feels like a great evolutionary step down that road. Playing as anyone doesn’t really get old, especially as you collect more eccentric and skilled operatives. The accents and voice acting aren’t always great and sometimes it feels like the voice you’re hearing doesn’t quite fit with the character your playing, but these strange moments are fleeting as you swap between them.

Each character has a randomised assortment of abilities, skills, and tools they’ll bring with them when you take control, and it's entirely up to you who you bring on the missions, and how you approach them as well.

It almost feels like an immersive sim in that regard, allowing you to create your own form of progress with the systems it leaves for you to play it. It isn’t so overlapping as in other games, but adapting the technology around you in a multitude of ways to sneak, break, and fight as the objective demands is satisfying and feels fresh, even after a dozen or so hours. You can also elect to activate the Permadeath option to increase the level of challenge and realism; at that point, the fate of the revolutionaries you've brought together will be literally in your hands. 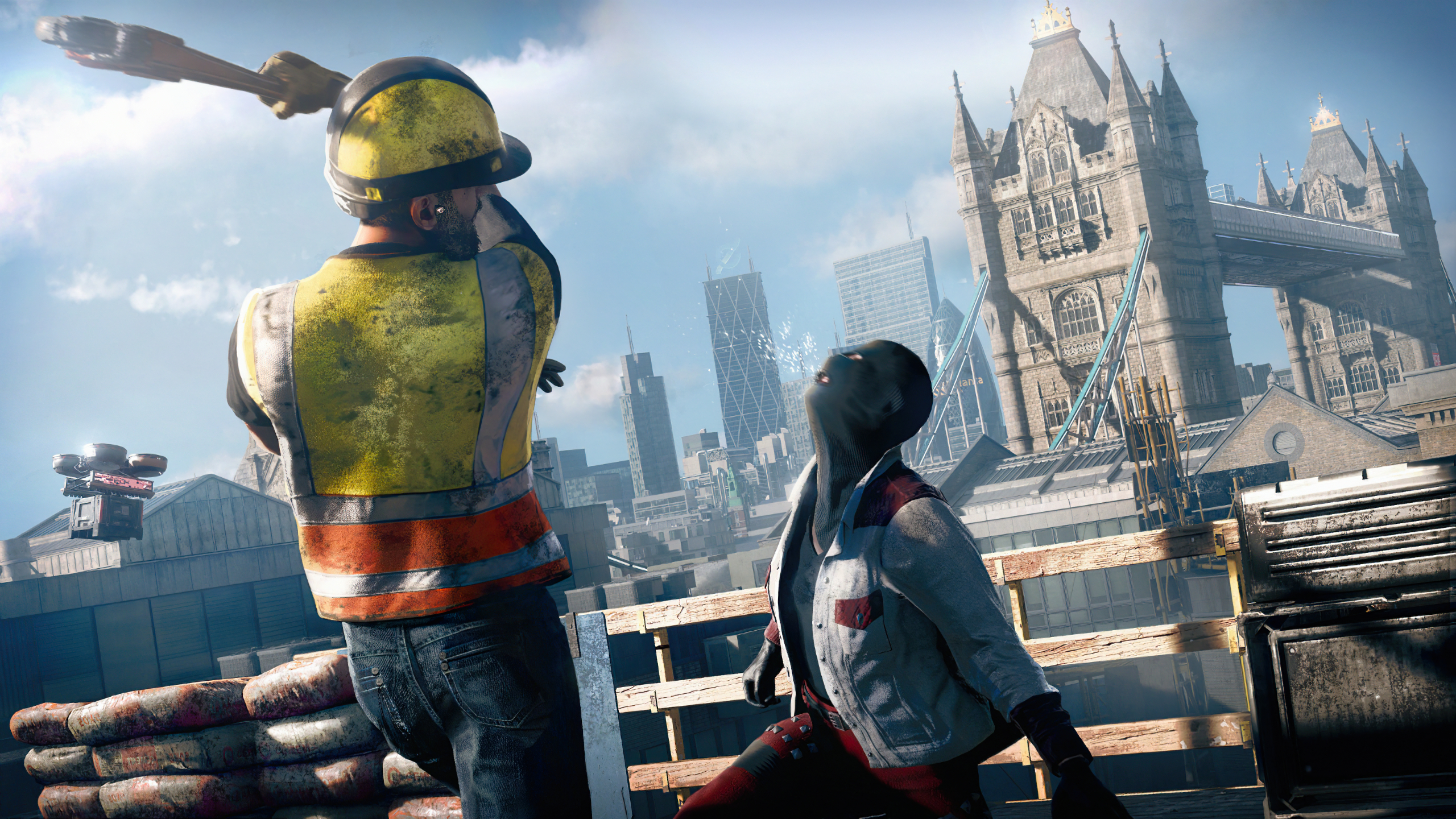 Unfortunately, it doesn’t feel like there’s a great variety in the puzzles you’ll be faced with. Instead, the change comes from you trying different approaches to overcome them in the way you enjoy the most. Many missions involve some form of entering a restricted area. You can sneak through, or find a way around, or simply fight your way inside of. That doesn’t really change, but with enough options you’ll probably want to try them out. And with the wide variety of toys and tools your operatives will have at their disposal, or will find along the way, Legion does encourage you to experiment, it just never forces you to.

The gunplay and melee combat are finely tuned, with a nice feedback and challenge, although they don’t carry the bells and whistles that playing with all the technology does. Moments that end in a brawl or firefight are rarely as rewarding as the fireworks you can get from a well-exploited piece of tech or an amusingly subversive use of your surroundings.

The story, however, isn’t nearly as subversive as the set dressing. Ubisoft kept its promise of creating an apolitical game by making the villain outlandishly cartoonish and scrubbing away any sense of the real-world politics its emulates. Characters will often bemoan about the state of London: about violence, the systemically racist security force, about the European Processing Centre where denizens are held indefinitely without trial. They’ll comment on the homeless, and the wealthy, and the ever-growing inequality. But they’ll always make it clear that this is Albion’s doing. What you see isn’t the cause of generational austerity and the echoes of imperial rule. It’s not caused by anything you’ll find familiar, it is all isolated to this fictional regime, this fictional attack that separates our political landscape from theirs.

It's not easy to keep up with the state of British politics, let alone implement any meaningful message or comment into your game, but Watch Dogs Legion is notably sanitised, it is clearly removed from our world one too many degrees to make it recognisable. This is the biggest fall down of Watch Dogs Legion, but it's not an unexpected one, admittedly.

Whether or not you'll fully enjoy Watch Dogs Legion comes down to whether you can accept this aspect of the storytelling on top of the recent news about the management of Ubisoft and the accusations of key figures within the organisation. Legion makes does a great job capturing the feel of London, not just the look of it, but the blend of the new and old. The archaic and cutting-edge. It lets you play as a revolutionary, fighting against an unjust system. But it does so by obscuring the real villains like a figure on digital footage, lost behind a wall of static.