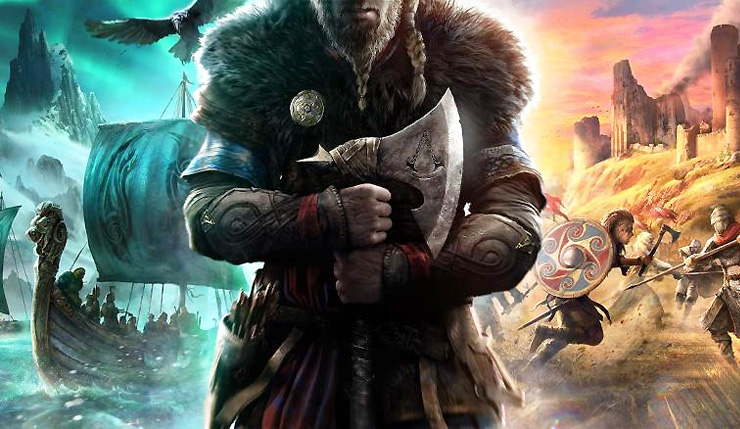 Last month Assassin’s Creed Valhalla director Ashraf Ismail stepped down from his role following accusations he lied about his marital status while engaging in a year-long affair with a fan. In Ubisoft’s words, Ismail was merely taking a “leave of absence,” and at the time, it seemed likely he would return to the active duty eventually. Well, that’s no longer the case, as Ubisoft today announced that Ismail has been fired following an outside investigation…

As a result of investigations, Ashraf Ismail has been dismissed from Ubisoft and is no longer an employee.

In recent years, few have had a greater influence on the Assassin’s Creed franchise than Ashraf Ismail, who served as director for Assassin’s Creed IV, Origins, and Valhalla. Just looking at what’s been revealed publicly, Ismail’s fate may come as somewhat of a surprise, but we don’t know the full extent of what Ubisoft’s investigation uncovered. Looking at the wider context, Ismail’s firing comes as new reports again paint Ubisoft as a company rife with systemic abuse and misconduct.

A new report from Gamasutra names several more high-profile names, including Jonathan Dumont (Assassin’s Creed Odyssey creative director) who is accused of bullying behavior, sexism and homophobia, Hugo Girard (Gods & Monsters quest director) who is also accused of bullying and sexism, and Ubisoft Quebec executive producer Marc-Alexis Cote who is said to have turned a blind eye to rampant politics, bullying, and nepotism at the studio. Similar issues effect other Ubisoft studios, with Gamasutra singling out Skull & Bones developer Ubisoft Singapore a hotbed of sexism, racism, bullying, and abuse. Neither Ubisoft or the people named have commented on these latest reports. I suggest you check out Gamasutra’s full story, as it paints a much fuller picture than I can relate here.

Following an initial round of allegations, Ubisoft CEO Yves Guillemot vowed to “drive necessary change within the company” and, in addition to Ashraf Ismail, several high-ranking Ubisoft execs have been let go, including the head of the publisher’s influential editorial team, Serge Hascoet, and managing director of Ubisoft’s Canadian studios, Yannis Mallat. While it appears from the outside that Ubisoft is treating the accusations seriously, according to an extensive report from Kotaku, many within the company have “yet to see any real change happen.”

It’s clear there are some deep-rooted issues at Ubisoft that have been ignored, or perhaps even silently encouraged, for far too long. At this point, we’ve still only really seen consequences for very high-ranking execs and creatives, but it’s likely the rot goes a lot deeper. Yves Guillemot has promised “profound changes at all levels” in order to address Ubisoft’s toxic culture – hopefully he was serious, because it sounds like that’s what it’s going to take.