You could argue E3 overall this year was, well, a bit of a letdown. There weren’t many games revealed that the average viewer didn’t see coming. Games like Spider-Man, Super Smash Brothers Ultimate and The Last Of Us Part 2 all look like fantastic titles, but there weren’t many surprises. Fortunately, EA were the ones to spring something unexpected on everyone: Unravel Two. Unravel Two was revealed with a scene where you have to run away from a grouse as it tries to pick you and your friend apart. If that doesn’t get people excited to play this game, I genuinely don’t know what will.

The first Unravel was a game a lot of people desperately wanted to love, however, there were a number of problems that were too big to ignore. The difficulty of the puzzles in the original game ranged from stupidly simple to almost impossible. In addition to this, the controls, as well as the physics, felt loose and unrefined causing many awkward moments when it came to controlling the game. Though the story overall was interesting throughout, there were moments in Unravel that were downright depressing.

Unlike its predecessor, Unravel Two is a co-op game. You can still play it alone, but its best enjoyed with a second person. Feedback from the first game inspired the developer to include support for a second player as many people completed Unravel with a friend, despite it only being a single player experience. As a result, Unravel Two feels like a true co-op game, rather than a title that has tagged on a spot for an additional player. It’s definitely worth bearing in mind that this title only supports local co-op, though. There are still a few things that player two cannot do without player one, such as advancing to the next level, however, both players have exactly the same powers and can interact with the yarn in the same way. There are also a number of features in place to ensure that the overall experience is fun and encouraging, even for those who aren’t particularly good at platformers or puzzle-solving. Players can slow down time at any point in order to make more complicated maneuvers a bit easier, and there’s also a hint system to prompt you if you happen to get bogged down on a puzzle. If one player feels more confident than another in certain sections, both Yarnys can also merge together so that one player can control the character until they’re ready to separate again. That said, all of these tools are optional, so if you just want to get on and play the game, you can switch these off and work through the game at your own pace.

If you’re a fan of Unravel, there are a few other changes that improve on the sequel. One of the most obvious changes arrives in the form of customizable Yarnys. Players can now choose from a range of colors as well as head, eye and body shape. Furthermore, controlling Yarny in Unravel felt challenging at times, due to slack controls that made the character feel ‘floaty’ however, in Unravel Two ColdWood Interactive has tightened these up to ensure that the controls feel more responsive. Jumping and latching onto ledges is quick and easy, and even wall jumping and sliding in the smallest spaces feels great. Each of the puzzles also felt unique and fresh without leaving me feeling completely lost. Solving puzzles with a friend felt rewarding and Unravel Two has also found the sweet spot while balancing action sequences with puzzle solving. Checkpoints never felt too far apart and on the occasions where my partner or I managed to fall, more often than not, we’d respawn right where we had previously died. The game was also over much quicker than I expected, although that isn’t a negative feature at all. Clocking in at just over four hours, Unravel 2 does an excellent job at avoiding filler, providing players with a handful of chapters that build on Yarny’s abilities as they progress. For those that power through the chapters quickly, there are several additional chapters with increased difficulty, along with a fair few collectibles to hunt for in the main ones.

The game has been broken down into seven chapters, each containing their own individual landscape for the Yarnys to traverse. As I mentioned earlier, at one point in Unravel Two you end up exploring a garden area before being chased by an angry grouse who is out for blood (or yarn in this instance). Later on in the game, you have to navigate your way through a burning farmhouse, with each chapter introducing new puzzles and mechanics that can only be found in those levels.

There’s no doubt that Unravel Two is a fantastic experience, whether you spend a lot of your time playing games or not, although if you’re hoping to sink into its emotional story, you’ll really have to pay attention. Despite the range of emotions that this game taps into, from the high tempo of the grouse chase to the melancholic tones by the ocean, it’s difficult to work out exactly what’s going on. Humans are portrayed as wispy ghosts that fade in and out of the background, and enemies are represented by sinister flaming masses that can kill Yarny in one hit. Either way, it's clear that Unravel Two is rooted in the themes of cooperation and closeness. Unravel Two's vague story doesn’t detract from how solid the rest of the game is and again, there’s no reason to view this as a negative aspect of the game, at all. If anything, it makes the Yarnys all the more mysterious.

Unsurprisingly, Unravel Two runs flawlessly on my machine (i7 6700k, NVIDIA GTX 1080), easily running at over 144FPS without ever budging. In addition to running at high frame rates, Unravel Two also can run at 4K, unlike both the Xbox One X and PlayStation 4 Pro versions of the game. If you happen to own a machine similar to mine but you lack a 4K display or a high refresh rate panel, you could always try downsampling the game to make it look better on your screen.

Reviewed on PC (code provided by the publisher). You can purchase the game for Xbox One via Microsoft Store. 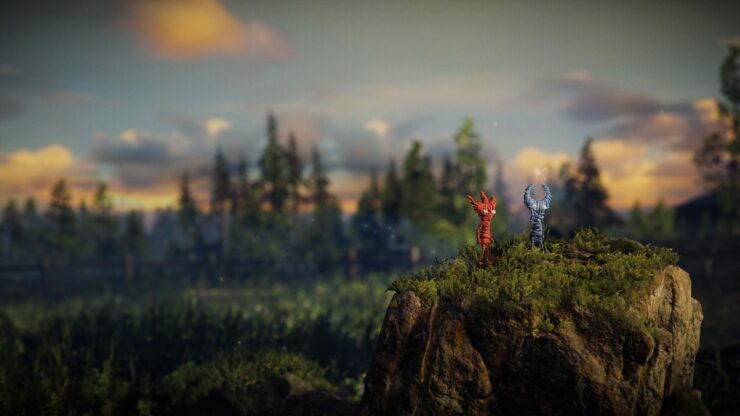 Unlike its predecessor, Unravel Two now has the gameplay to match the game’s gorgeous visuals. For the low price of £18/$20, players are getting crazy value for their money. Sure, you could make the argument that the game is short, but at no point does ColdWood Interactive bore you with filler sections that are impossible to enjoy. Instead, the developers have put together a concise selection of levels that can be played in one sitting or broken up into multiple sessions  Do yourself a favour and pick up Unravel Two, it’s one of the best local cooperative games I’ve played in years.