Being the hero of a point ‘n’ click adventure game isn’t easy. Bizarre things happen to you constantly, every minor chore requires an elaborate logic puzzle, and nobody likes you because you’re always rummaging through their drawers for clues. How do Phoenix Wright and Guybrush Threepwood keep from going insane? Tokyo Dark sets itself apart by asking exactly that question.

Tokyo Dark is the latest product of Square Enix Collective, which is basically the Japanese publisher’s take on the Steam Greenlight concept. Indie devs pitch ideas, and community members vote on their favorites. If a project gets enough votes, Square Enix will provide logistic and promotional support, and publish the game once it comes to fruition. Tokyo Dark is one of Square Enix Collective’s most successful projects, amassing over $225,000 on Kickstarter, but does it measure up to the Japanese adventure games and visual novels it patterns itself after? Let’s shine some light on this dark tale.

Tokyo Dark casts players as Detective Ito Ayami, who’s on a desperate search for her partner as the game begins. Unfortunately, Ito arrives too late and must watch the man she loves (they were partners in more ways than one) die at the hands of a deranged girl named Reina, who ought to be dead herself. In fact, it was Detective Ito who shot Reina to death six months earlier during a tense hostage standoff.

So, Detective Ito’s partner is gone, she’s the only witness to his murder, and her one suspect is a dead girl who managed to escape without leaving any evidence. Understandably, her Tokyo PD co-workers find this all a tad suspicious, and soon she’s turning in her gun and badge as part of a forced “vacation.” Of course, our hero’s not going to let a total lack of authority stop her from finding the truth.

Tokyo Dark’s story takes players to many of the city’s best-known hot spots and touches on Japanese folklore, organized crime, and otaku culture. In other words, if you’re a fan of Japanese visual novels or, say, the Shin Megami Tensei or Yakuza series, you’ll be on fairly familiar ground. Folks who like Japanese games (which is definitely who Tokyo Dark is aimed at) have already visited virtual versions of Akihabara (the center of Tokyo nerd culture) or Shinjuku (the red-light district), and have dealt with their share of Yakuza, pop idols, and shrine maidens. Tokyo Dark developer Cherrymochi is mostly staffed by Westerners who live in and around Tokyo, but they don’t deliver a particularly nuanced or original look at the city. Perhaps this is what Tokyo is really like for locals, but I feel like there has to be another unexplored side.

As for Tokyo Dark’s actual plot, there are a few twists, but again, if you’re into Japanese horror movies or series like Fatal Frame and Clock Tower, you won’t be too terribly shocked. Tokyo Dark’s target audience have seen stories about haunted artifacts, restless spirits, and malevolent curses before. The game also has some issues with tone – one moment you’re trying to figure out who’s giving the kitties at the cat café diarrhea, the next you’re investigating a suicide cult. Is Tokyo Dark supposed to be a horror game or a lighthearted Ace Attorney-style mystery? The game’s writers don’t seem to know.

Tokyo Dark’s shaky storytelling certainly isn’t elevated by its visuals. Characters appear to have been lifted from a teenager’s DeviantArt page, and backgrounds aren’t much better. At least the music is good – Tokyo Dark’s few legitimately creepy moments can be largely attributed to its soundtrack, which assaults players with a cacophony of off-putting distortion, sound effects, and voices. It isn’t subtle, but it works.

Thankfully, Tokyo Dark’s story isn’t a total wash. The game bolsters a familiar narrative with its SPIN system, which tracks player decisions and their effect on four core attributes (Sanity, Professionalism, Investigation, and Neurosis). Changes to these stats will alter how the game plays out -- for instance, if you decide to go rogue and tank your professionalism rating, you may get to see a seedier side of Tokyo, but other characters (particularly your cop buddies) will lose respect for you.

Some of the SPIN attributes also work together in interesting ways. Early on you’re given pills which improve your Sanity rating, but make you groggy, thus lowering your Investigation skills. Should you look after yourself, or sacrifice your mental health for that extra edge? It’s an interesting conundrum. I also love the Neurosis mechanic – if you walk around in circles clicking on everything and talking to the same characters repeatedly (which is how most people play adventure games) everybody will start wondering why you’re acting like such a weirdo. Fans of the genre should appreciate the meta commentary, although they may have to break a few old habits.

The SPIN system also affects Tokyo Dark’s puzzles. Unlike most point ‘n’ click adventures, there are multiple solutions to almost every problem, each of which will affect your attributes in different ways. Need to break into the police evidence locker? If you’re okay with being a pariah, you can just knock out the guard and shoot the lock off the door. If you’d prefer to retain some shred of respectability, you’ll have to find a more complex solution. As in real life, being a good person is usually the more difficult path in Tokyo Dark, which lends the game a kind of organic morality system.

Tokyo Dark serves up a total of 11 different endings, and the game makes it fairly painless to track them all down. During your first playthrough (which will take five or six hours), you’re only given one save file and all decisions are final, but subsequent replays give you multiple save slots, allowing you to tinker with your choices. Tokyo Dark is the rare game that gets more interesting with additional playthroughs, and those dedicated to uncovering all its mysteries will get a substantial bang for their buck.

This review was based on a PC copy of Tokyo Dark provided by publisher Square Enix. 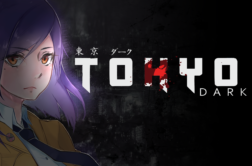 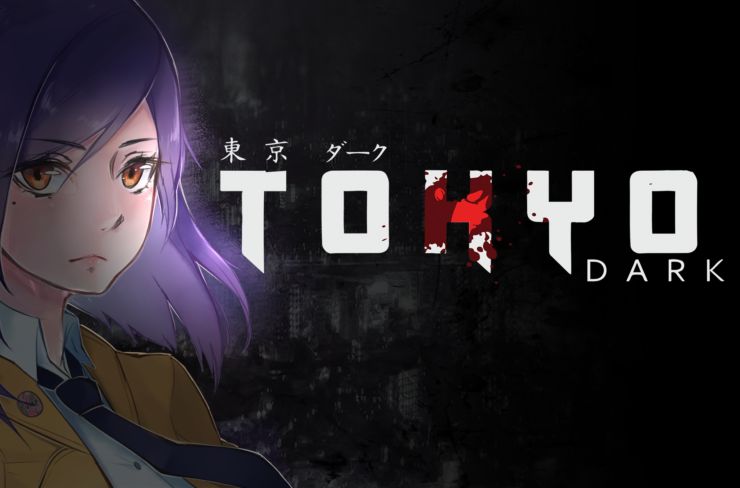 At first, Tokyo Dark seems to be little more than a pale replica of better Japanese adventure and horror games. The game’s presentation is amateurish, its characters are stereotypical, and its depiction of Tokyo doesn’t break any new ground. Thankfully, the game’s innovative SPIN system and focus on player choice heightens what would otherwise be an uninspired homage. Tokyo Dark falls well short of greatness, but hardcore point ‘n’ clickers looking for something a bit different may want to give the game a stab.