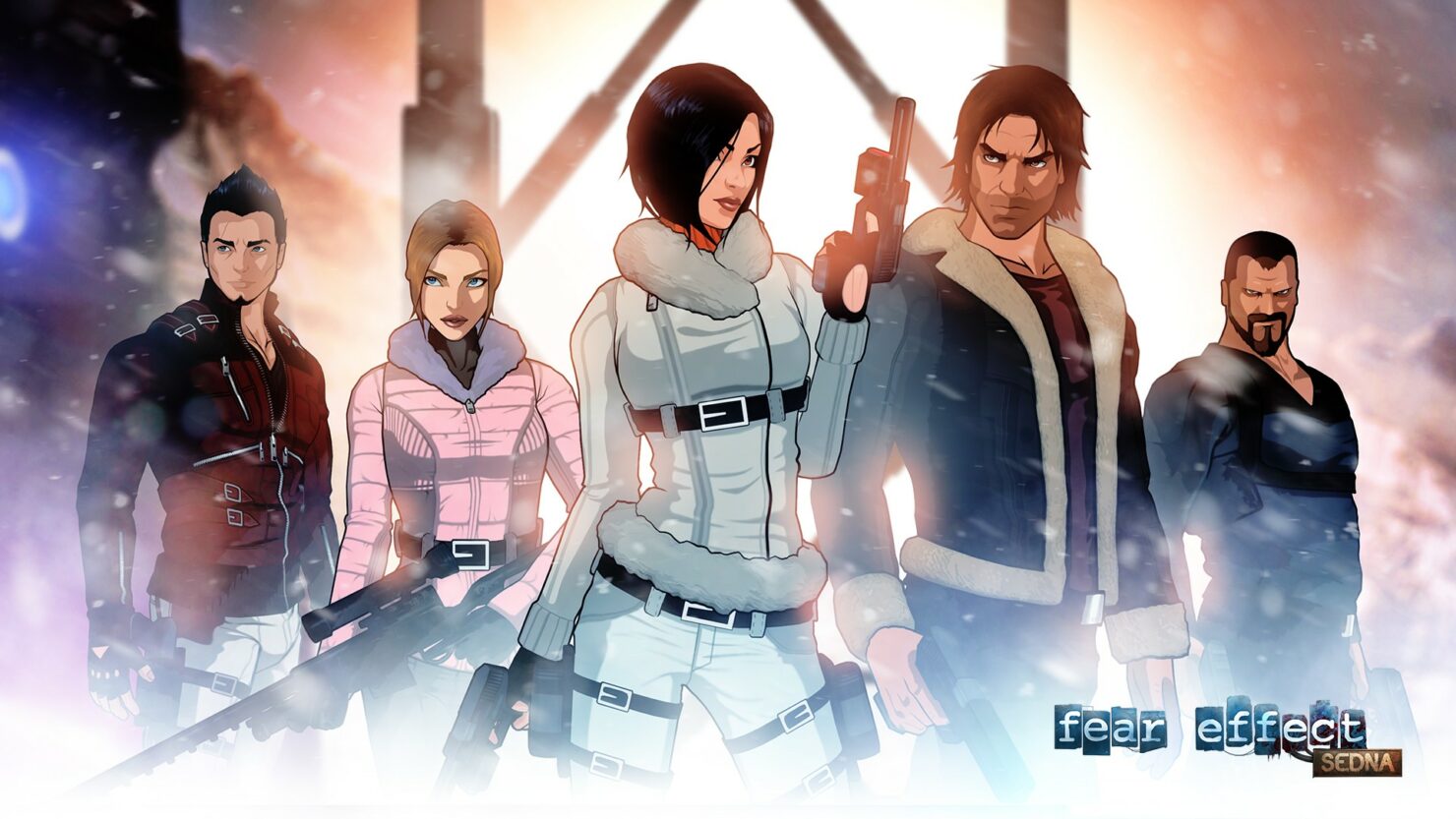 Fear Effect is a series synonymous with the PlayStation 1 but has been out of the spotlight for nearly twenty years after the release of Fear Effect Retro Helix and the scrapped Fear Effect Inferno project on the PlayStation 2. The cyberpunk-themed adventure was something that came out at a time when I was too young to fully appreciate the ambition. With two new and reworked titles arriving in the Fear Effect series, Hana Tsu-Vachel may finally get the high definition adventure she deserves. Ahead of the release of Fear Effect Sedna as part of the Square Enix Collective indie campaign, we had the pleasure of speaking to two team members from Sushee that are making Sedna a reality following a successful Kickstarter campaign.

Good afternoon and thank you for fielding my questions. Could you tell me your name and your position with Sushee on the Fear Effect Sedna project?

Fear Effect Sedna will be launching early next month, ahead of the release of Fear Effect Reinvented that Sushee is also handling. Will players be able to understand the whole story if Fear Effect Sedna is their first title in the series? Conversely, will there be events that take place in Sedna that will be integral to Reinvented’s story?

Fear Effect Sedna is an experience designed to work for fans of the original games and to welcome new players to the series. It’s not needed to know the previous story, but obviously there are lots of references to the previous games and it’s the same characters. Reinvented is a remake of the first Fear Effect game, so playing that after Sedna, would be like playing a prequel and uncovering the backstory.

Hana’s relationship in the original Fear Effect was something controversial in its time but also felt as an important piece of her character. Do you think this controversy still stands or is her relationship with her partner Rain more widely accepted? Have you been concerned about their relationship being over-sexualized in Fear Effect Sedna or the upcoming Fear Effect Reinvented?

Obviously, for the second game, Fear Effect Retro Helix, which introduced the relationship between Hana and Rain, it was pushed in the marketing a lot. We’ve said before we won’t be looking to promote anything that we are doing in that way. At the same time, we’re respecting what came before and so there is a same-sex relationship that is part of the existing character’s story and we’ve continued it in Sedna. We’re really happy with the end result and it feels like a modern meaningful relationship between a group of strong characters in an intense environment.

The combat system for Fear Effect Sedna is quite the shift from the previous two entries in the series. What made the team opt for turning the project into more of a strategy title instead of action-adventure?

Well earlier on in development and in some early demos, there was a focus on strategy more than action but over time and with the help of players feedback, we’ve really shifted the focus on being more action gameplay. We’re really happy with the mix of action, stealth and puzzles.

But the biggest shift from the previous two entries is the change from fixed camera views to a top-down isometric view. And there are a few reasons for that. Firstly, when Square Enix was accepting pitches for the Fear Effect IP, they wanted to see something different and new. To us, the characters were one of the strongest elements of the previous games, and this new viewpoint also allowed us to have more than one character on the screen at a time and allow for teamwork and interactions between those characters. So when playing it’s possible to switch and control different characters in the team and there’s also a tactical pause mode where you can give orders to other members of the team to work as a team. We then got funded with the idea on Kickstarter, and we got a lot of support, at the same time, we got a lot of requests for a remake of the previous games and that really helped with how Fear Effect Reinvented came about.

There’s been a lot of work on adjusting the difficulty level but at the same time, Fear Effect is well known for it not being easy and seeing a lot of GAME OVER screens. So we’ve tried to get that mix right. So there are no difficulty settings to change that. Then there’s always the online community that will be there to help if anyone really is struggling with a particular puzzle or section of the game. As we mentioned before the focus on gameplay has shifted to be more action over strategy and from the start, the characters and story have been a huge part of the Fear Effect series for us and there’s a lot of animated cutscenes in Sedna.

Do puzzles exist separately from the combat scenarios, or will players have to juggle between damage control and brain teasers? If so, could you give us an example?

It’s similar to the previous games where these elements are separated and the game flows from one section to the other. That doesn’t mean you won’t find yourself fighting your way to another area for information though.

How long can players expect their first playthrough of Fear Effect Sedna to last? What about if they’re aiming for 100% achievements or the platinum trophy on PlayStation 4?

About 10 hours. There are achievements on PlayStation, Xbox and Steam and it might take a second playthrough to claim absolutely everything.

Does the PC version of Fear Effect Sedna feature enhanced graphics above and beyond their console counterparts, such as increased/uncapped frame rates or HDR lighting?

We originally built the game for PC and then have ported to console so they are pretty similar overall.

Can you tell us about the performance differences with the Nintendo Switch version of Fear Effect Sedna in docked versus handheld modes?

A lot of effort has been into the Switch port and we’re really happy with the results. Frame rates are good and the loading times are really quick.

Fear Effect Sedna will launch on the Nintendo Switch, PlayStation 4, Xbox One and PC on March 6th. Stay tuned for our review.