The Station is an interesting tale of first contact between two very different civilizations. Taking place on a once undetectable space station hovering above an alien planet that was sent to monitor the world, players are sent to investigate its communication blackout and how the lifeforms beyond reacted to its sudden appearance.

The Station builds on an uncomfortable level of tension as you explore the small structure. You are isolated, above an unfamiliar world and seemingly not alone. As you begin to investigate the site, you find that the aliens below may have come to visit. There were some genuinely creepy moments in the game that made me pause, and they were spaced out well enough that it never felt overdone. 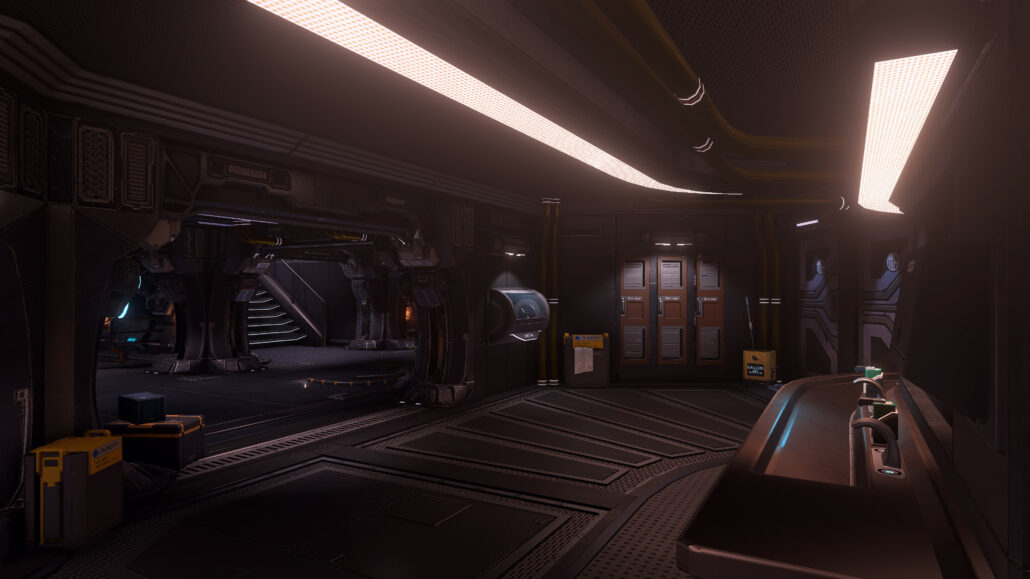 This nervous survey is coupled with the story of the three crew members on board. They brought their own baggage to this distant planet and you can see their jobs and personal lives unfold through scattered notes and audio diary entries. There’s some strong voice acting, but the script is a bit of a let-down. Conversations and private moments come across as strangely cryptic and pompous to the point of ridiculousness. Luckily the environmental storytelling makes the journey more interesting. From their research, you can discover more about the native species of the planet and the crew’s thoughts of their apocalyptic war.

When you’re not being creeped out by the station's unnerving guests or spying on the lives of three strangers, you’re solving some puzzles. These little puzzles for the most part slot every well with the game's story and rarely feel like a break from the narrative. Repairing a drone requires you to find the correct equipment using tools in the workshop while restarting the ship's engine has you tuning the batteries correctly. There is one notable exception though, in Silas’ room where the puzzle feels needlessly crowbarred into the story. Although not difficult, its inclusion is extremely unnatural, it feels unnatural and bears no purpose but to slow the player down for a moment.

And while The Station is not a long game by any means, coming in about two to three hours if you take your time, needless puzzles still feel like wasted time. Another room or so to explore would have done better to flesh out the game and the characters a little more. The graphics aren’t amazing but do enough to make the station feel lived in, interesting and worth taking a look around. Even if you can notice one or two recycled assets.

The story is, for all its flaws, an interesting back and forth about first contact and the nature of conflict. As invisible overseers with no emotional involvement in the conflict below, players and the crew have the chance to wax poetic on the purpose of conflict and its justifications.

That being said, the low loading times and the crash that made me start again five minutes from the end of the game made violence feel perfectly reasonable for a few minutes. 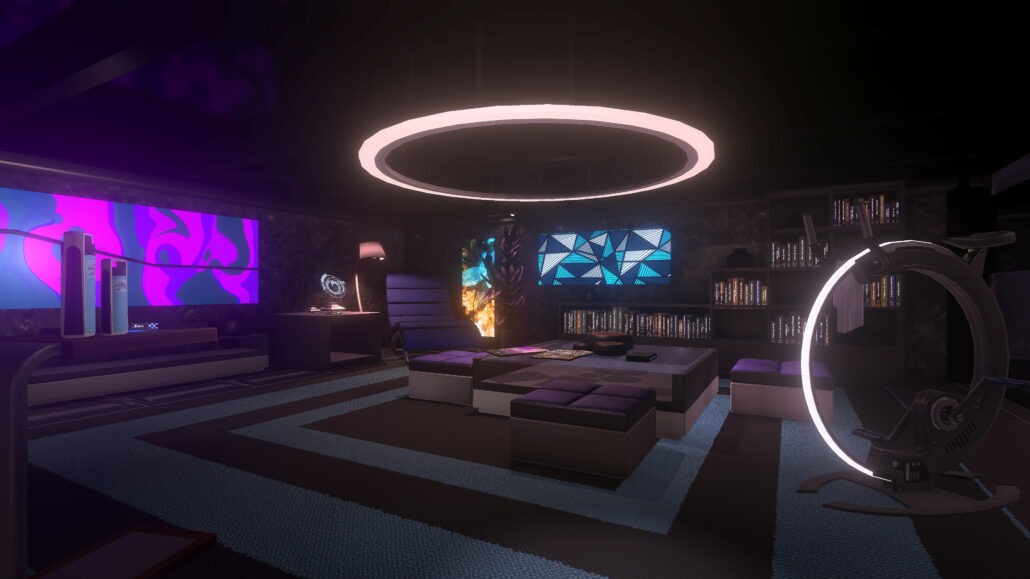 Now, it's hard to talk about these narrative focused games without dipping into spoilers, and I’ve done my best to avoid them until now. If you like what you’ve heard so far, maybe you should play the game before reading on. I don’t want to spoil anything but there is something I need to discuss about The Station and I just wanted to warn you that was happening.

There is a massive twist at the end of the game. I know it's not really a spoiler, but if you go in knowing there’s a twist it becomes easier to spot. I won’t say what the twist is, of course, but it’s not that hard to guess. Most games of this type, like What Remains of Edith Finch, Dear Esther and Firewatch don’t rely on a spoiler at the end but an emotional climax. I think The Station is a good example of why that was the right choice.

Earlier, I mentioned that the dialogue felt unnatural, and this the reason. Building a game with a twist like this means you have to be very selective with what the player knows, and that means being careful with words used. While the final scene is actually quite powerful, the payoff just isn’t as satisfying as what was lost to make it. Balancing the information the player can find, the hints to the truth and the cloak of misdirection are, on this particular station, not in alignment. While the game is fun, it doesn’t hold the same intrigue, resonance and fulfillment as the highlights of the genre.

The Station is an interesting and short walk around a sci-fi setting. It doesn’t hit the mark, unfortunately, but it has a few creepy moments and at least it tries to tell a captivating story, even if it doesn’t quite get there.

Reviewed on PlayStation 4 (code provided by the publisher). You can purchase the game on PC via Green Man Gaming.

The Station fails to captivate despite its interesting ideas and puzzles. The setting is nice, but the script and narrative couldn't quite deliver on the core concept.