When I first played Dear Esther, I had no idea what to expect. Having been recommended by a friend, I found its initial directionless atmosphere difficult to comprehend. Being one of the forerunners of the emerging Walking Simulator genre, there was no point of reference from which to understand and identify the game. It took me more than three attempts to begin the game before I first managed to walk off the beach undistracted and immerse myself in the atmospheric ramblings and beautiful, rugged landscapes. Coming back to Landmark edition, I knew exactly what to expect.

Huddled down in a darkened room on a grey North England morning, I found myself in the perfect atmosphere to play Dear Esther. The sky was close and unyielding, the wind straining against the hidden windows, and a fresh isolating chill creeping through the building. Rather than the sunny, warm and eerily vacate town of NAME in Everyone’s Gone to the Rapture, the studios follow up title, Dear Esther walks you across the trails of a small, desolate Hebridean island. A blanket is essential wear for playing, as the game quickly envelopes you in the rugged, cold beauty of the Scottish coast.

With the quiet metronome of lapping waves against the shore, you are left abandoned on the beach of this small island, with no map, no guide and nothing but the rocky terrain before you. The first soliloquy kicks in as you begin meandering across the landscape. In the distance for most of the game you’ll see a friendly blinking light atop an antenna perched on the horizon. This acts as your beacon and guide through the game, as you trudge towards it.

The narrative of the game, the reason you are alone on this long forgotten rock and scrambling towards the distant beacon is left unobscured for a lot of the game. The speeches you’ll listen to across the island are spilt, from the titular letters to your wife, Esther, to a brief history of the island, to an event on the mainland, but the stories are confused.

Like everyone has felt before, a troubled mind is a messy place. Ideas trip over themselves, fold in on themselves and cascade against each other across your inner thoughts. This is perfectly demonstrated in the soliloquies of Dear Esther, as different stories drift in and out of focus as you walk across the island. 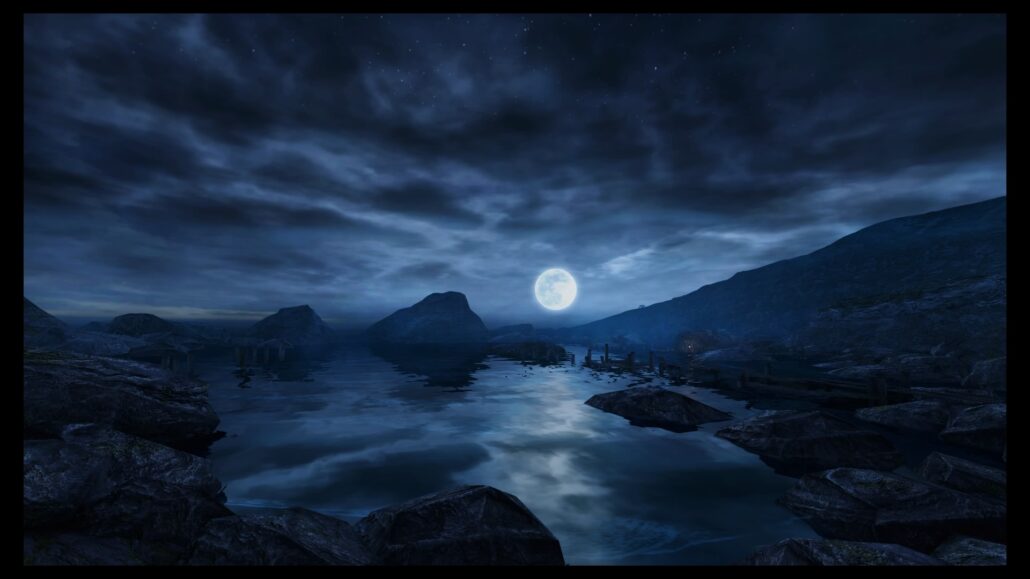 It is up to the player to interpret the fragments of information along your journey, but the core concepts of each story are as clear as the chalk lines across the cliffs. As one of the first narrative driven ‘walking simulators’ you might expect Dear Esther to have little to no replay valve, but you would be surprised by the amount the game has to offer.

Each and every venture onto the island has different dialogue, different encounters with psyche of the man wandering along its rocky paths and old ruins. Another the premise doesn’t change, the words do, and the order of things. With the beautifully voiced narrative and the almost poetic structure make for hypnotic listening.

The chill in the room as I played Dear Esther, the reason I huddled up against the blanket wasn’t just because of the autumn wind, but the game itself. Never has a digital medium ever created such a beautiful portrayal of the Scottish coast and its raw, untamed nature. From the purple trisles dancing in the chill winds to the protruding rocks that scatter the grassy and barren landscape. Long stretches of beautiful sandy beaches juxtaposed against grey rocks and sky. The sheer weight of isolation on the little island is near overwhelming as the narrator speaks about the low sheep herders and hermits that once called this rock home.

Although better stories have been told since in the same genre, Dear Esther is a special title. Made famous not just because of the inception of the genre, but because it did create something special. The story, however vague and muddied has a way of sticking with you, luring you back to the beaches and coves of Dear Esther. The graphics, especially in this Landmark remastered edition are breathtaking, able to create an atmosphere that almost seeps out of the screen. On top of all of this, Dear Esther comes with an in depth developer's commentary that is full of intriguing insights into the game, how it was created and most interestingly, why.

For fans of the genre, Dear Esther is as near to essential for its crucial part in founding the genre's history, besides the intriguing and challenging story within. Dear Esther: Landmark edition offers unparalleled beauty within the game, and there is enough to keep coming back to, discovering and rediscovering again.

PS4 version tested. Also available on Xbox One, while PC/Mac will get it in a few months (existing owners will have it for free).

A beautiful early example of the narrative driven 'walking simulator' brought to life with stunning graphics and the same intriguingly muddled narrative as its become famous for.