PlayStation 5 (PC at a later date)

Few game studios have come close to matching the level of cinematic quality as Naughty Dog had some nine years ago with the original release of The Last of Us for PlayStation 3. Critics and fans alike praised the title, and that recognition was certainly well deserved. Two years later, this same title was given an overhaul for PlayStation 4 while keeping the content and experience largely identical to that fans had played only a console generation before. Now again in 2022, Naughty Dog is bringing their journey to the west to a fresh console generation that may leave some wondering if such a sudden remake was necessary for such an acclaimed gaming experience with The Last of Us Part I, remade for PlayStation 5.

For many, The Last of Us Part I Remake might be the very first time they step into the well-worn shoes of a smuggler named Joel and the package he’s agreed to deliver way out west. Because of that, I don’t wish to delve too deeply into the narrative so players can experience this sorrowful tale for themselves. Not a zombie survival story in a traditional sense, The Last of Us Part I still captures that desolation and the way various folks just try to survive after a global pandemic or outbreak completely upends typical daily life. With infection onsetting soon after breathing in infected spores, any hope for a cure can bring even the hardiest of folks to desperation to see that opportunity through until the end. That opportunity comes from Ellie, a young girl who’s proven to be immune some weeks after being bitten by an infected soul. Thus begins Joel’s journey to safely guide and deliver her to a faction of survivors who may very well be able to find a cure or solution for the apocalyptic outbreak.

Whether you’re experiencing Joel and Ellie’s journey for the first time with fresh eyes or gearing up for a third (or eleventh) playthrough, The Last of Us Part I offers that same gripping narrative Neil Druckmann’s team brought to life two console generations ago. Fans that knew every word of Bill’s raving monologues or the reverberating sound of a Clicker stalking through underground pathways will be pleased to know that the original voice work remains intact with some overall improvements in the audio fidelity to take advantage of Sony’s Tempest Audio tech if you happen to play with headphones. The very first time I fired a rifle, I had to turn around and make sure there wasn’t someone aiming at Joel, only to find out it was simply the echoing off a nearby wall. Keeping the original vocal performances can be a bit of a mixed bag, especially with how often you’ll hear Steven Jay Blum shout callouts to his fellow bandits.

While the voice work remains intact, the character models and faces themselves have been completely overhauled, leading some like young Ellie to look like completely different characters on PlayStation 5. The original motion capture was left intact, so this is merely some reworked designs over the existing character rigging and modeling. This can lead to some unintended situations and many of the same graphical bugs that were present in the prior two iterations of The Last of Us (albeit at much lower frequencies now). Just as there are subtle differences in each time Joel shuffles around or picks up a new item, there are the same scripted animations of Joel raiding to grab every spare bullet or crafting supply in the area as he crouches through an abandoned locale.

From a purely mechanical and gameplay standpoint, this is the absolute best way to play the first story of The Last of Us. Subtle changes to the enemy AI and challenge turn each encounter into its own miniature battleground. Ammo is just as scarce as its ever been, forcing Joel and Ellie to rely heavily upon discarded bottles and iron pipes more often than the sidearm in the back pocket. Sure, much of this challenge is alleviated when playing on a lower difficulty level, but playing on Grounded or the difficulty level just below highlights just how meticulously crafted the combat has become. Innovations from The Last of Us Part II are neatly intertwined into the combat here in the Part I remake and if you were to play the two back to back, you’d clearly see the enhanced combat that even the PlayStation 4 Remastered edition of The Last of Us didn’t yet have.

The consistent fidelity of Naughty Dog’s recent IPs on PlayStation 4 and PlayStation 5 is nearly peerless. That sentiment is even greater with The Last of Us Part I. The foundation was already impressive even on PlayStation 3, but this full remake is clearly pushing the fidelity of the middle of the latest console generation. Both cutscenes and gameplay hold the same impressive detailing for everything from the pores on Ellie’s nose to the age and scratches on her short pistol. Save for the few cutscenes that lock the camera in place, players have free reign to slip into photo mode and have full control of lining up shots and playing around with the animations frozen in time (and a frame-by-frame advance to get that perfect shot). It isn’t a new revelation to have a Photo Mode in a Sony title, but this is the definitive game to just take a moment and take in all of that natural splendor.

As Joel and Ellie’s journey comes to a close and the credits begin to roll, Naughty Dog has thrown in several additional features and bonuses to unlock through a cache of credits. Even on its lowest difficulty, completing the campaign rewards players with enough credits to purchase every costume and weapon skin as well as most concept art and gameplay modifiers, assuming they found enough collectibles.

It’s rather silly that Ellie gets more than a rucksack full of t-shirts, mostly based on PlayStation IP that might not have existed post-outbreak whereas Joel mostly gets different flavors of flannel. Even the weapon skins are very few in number, leading to only a couple of specific weapon types. However, it’s the unlockable graphic/audio modes and gameplay modifiers that make it well worth replaying The Last of Us Part I Remake all over again the moment you finish the first playthrough. For ease of use, there are a number of modifiers for one-hit kills or infinite ammo and crafting materials and even an upgrade to gain the Exploding Arrows that used to be exclusive to the sequel. One of my personal favorite modifiers was an option to mirror the gameplay world while keeping the player models intact, something that was first present as a secret feature added to the Demon’s Souls remake at the PlayStation 5’s launch.

Content-wise, you’re getting the same vocal performances from the PlayStation 3 release of The Last of Us and the same story beats word for word in addition to Ellie’s Left Behind DLC expansion that is best enjoyed after completing the campaign. No single-player content is left lacking and remains intact in its entirety with more aftermarket parts than just a fresh coat of paint. However, the removal of the Factions multiplayer that was present within both prior releases of The Last of Us is sorely missed and easily would have been another source of many hours of enjoyment just as the last time I played this experience. The full $70 price point also feels like a crucial part of Naughty Dog’s magnum opus has been stripped away, especially with the multiplayer component of The Last of Us Part II yet to arrive. Even without the price tag accompanying this remake, The Last of Us Part I feels intended to be the first taste for players that might not have experienced this journey before or might be their first taste of a Sony blockbuster. For those that find the full price difficult to swallow, the PlayStation 4 remaster is available in compliments of the PlayStation Plus game collection.

The Last of Us Part I is a testament to how timeless this Cormac McCarthy-inspired tale is. Fully remade for Sony’s latest console generation, if this is the first chance a player has to experience the post-outbreak tale, it’s without a doubt the best version to play. Both visual and mechanical enhancements bring this title to life as no other Naughty Dog game has done before. However, the omission of the multiplayer component is lamented by fans of the original that cannot be overlooked for keeping The Last of Us Part I from being a perfect gaming experience.

The Last of Us Part II 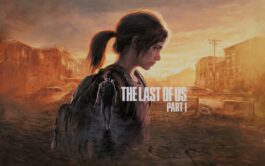 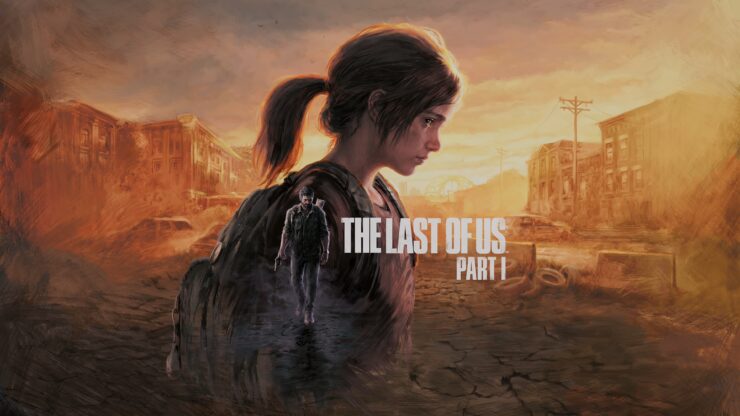 9
Wccftech Rating
The Last of Us Part I

Worthy of being hailed as a potential Game of the Generation when it was first released, The Last of Us Part I is fully remade for a new generation of PlayStation consoles. With some of Naughty Dog's best graphical tech to date, this is one you'll have to see to believe.