Hello Games spent the last four years expanding and improving on their (in)famous title, No Man’s Sky. But while they turned one of the biggest upsets from disappointing to divine, they also developed The Last Campfire. The Last Campfire is nothing like No Man’s Sky. It is a small, handcrafted and remarkably linear puzzle game that barely even shows you a skybox let alone lets you travel between the stars. And on top of all of that, it's delightful.

The Last Campfire begins with you getting lost. In an adorable intro, your little sprite, Ember, loses their paddle while on a journey, and become separated from their companions. From there you must venture through the tight corridors of forests, swamps, ruins and other places. You’ll meet new people and strange animals like the Forest King, but you’ll also bump into other lost sprites too.

While a lot of the puzzles are about you progressing through the world, the focus of The Last Campfire is the forlorn. These are sprites that have lost their hope, and given up. While you interact with one of these statuesque creatures, you’ll be transported to a puzzle that will find their flame and restore their hope. These puzzles are small dioramas that often symbolise the struggles they succumbed to. What’s really incredible about these though, is the sheer about of difference between each one.

Not only do they look different, they often introduce entirely new mechanics. These could be running stones or moving square blocks. They could involve wind or rotating the map correctly. You’ll find after a while some of the structures begin to repeat themselves, but there is so much variety it is so readily introduced to the player, that no puzzle feels the same. The notion is always the same, you must get Ember to the trapped flame, but how they do expect you do that changes every time. Even when you find a puzzle that barely resembles another, it is normally layered into with other mechanics to create an entirely new experience.

Exploring the world to find and complete these forlorn puzzles is by far the best aspect of The Last Campfire, but the experimental nature of the game occasionally get the better of structure. Sometimes you can be left feeling adrift, unsure of what to do and where to go. Normally this can be resolved by retracing your steps and finding a hidden avenue or object you missed, but it still halts the satisfying and steady progression you can make through the game. It is keenly felt near the beginning when you might not realise there is another route after meeting a fisherman and frog.

The story is told like a fairytale or a children’s story. A narrator beautifully walks you through the strange, magical land you’re exploring, taking on the role of director, navigator, and all the other characters you’ll meet along the way. There’s just enough Grim to keep the tale from feeling overly simple as well. Although it is in essence a story about finding hope in the dark places, the dark places you get to explore are unnerving and strange enough that you never feel like this is entirely a game for children. Likewise, while the puzzles are not that difficult to solve, the sheer variety of them forces you to stay engaged and keeps you thinking.

The Last Campfire was a game designed from the start for mobile devices, which is pretty obvious when you compare its diorama puzzles to the likes of Monument Valley. And while it does have the surreal minimalism of ustwo’s famous game, it still looks lovely with its bright design. Even scaled up on a docked Switch, The Last Campfire looks pretty and has really detailed, lush environments that feel worlds apart from the early days of the No Man’s Sky. Everything here is precisely placed and really gives a lived-in, immersive feel to the magical world you get to wander around in.

The music, much like the narration, is also lovely. It’s a part of mobile gaming often disregarded by studios who assume the player would prefer Spotify or a podcast to listen to, but The Last Campfire has paid some real care and attention to the audio design. While exploring the early forests there is a background din of birdsong and it is so pleasant and real that I constantly peeked out the window of my office expecting to see a flock of birds in the yard.

The Last Campfire isn’t groundbreaking. It is a puzzle game where you move objects to open new routes, press buttons to shift the landscape and navigate mazes while carrying objects. But it is a great version of that puzzle game, with thought and attention paid throughout in ways that other games feel like they’re either out of ideas or themselves out of interest for the subject. It's not that long, it's not that challenging, but it’s a lovely puzzle game you might want to add to your collection.

Reviewed on Nintendo Switch. Code provided by the publisher. 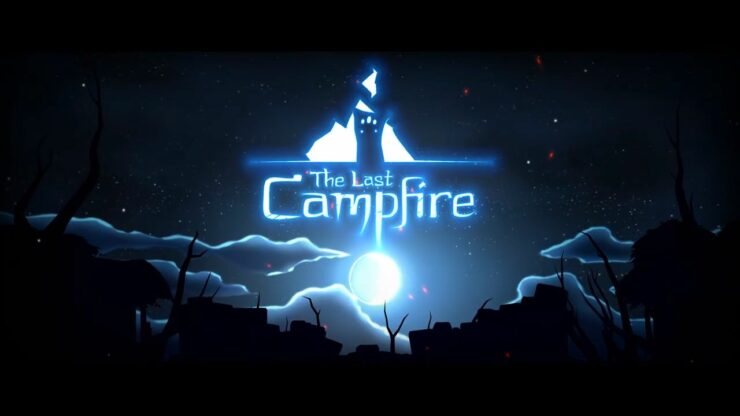 While The Last Campfire might not be bristling with new ideas for the genre, it packs more or less every kind of puzzle you could expect and embellishes the package with immerse charm and creative ingenuity.