I've started writing this review several times now. The first time, it was just some rambling about how Square Enix has turned into something like early-days Ubisoft, co-developing or publishing everything they can get their hands on. However, Square Enix mostly sticks to JRPG-ish things, which I certainly approve of. The second time I talked about how The DioField Chronicle (which Francesco previewed not too long ago) made me think of the Koei Tecmo game Bladestorm. Then we have a mixture of the starts before finally getting this, which is me just rambling about how I can't start this review of The DioField Chronicle.

So, with the start of my review now in place, let's get to the review.

I have an issue with The DioField Chronicle, and it's one that a few games have fallen foul of as I've gotten a little older, a little more focused on what time I have left in this rotting meat bag called a body; that issue is value. As I play more games, I favour games that value my time rather than prolonging how much of it is taken by something pointless. Yes, any game is technically a "pointless use of time", but the problem is time-wasting for the sake of it.

It's inevitable when playing any strategy game that you have battles that feel similar, even ones that can turn out the same. However, this is generally the case in games where the fights, layouts, and actions aren't generally predetermined. I would never accuse a game like Total War, Civilization, XCOM, or something similar of wasting my time. There's always some sense of progress, or at least there seems to be more balance.

What seems to be the problem here is that your characters don't level up quickly enough to make the core story missions balanced. That's fine; that's normal for any RPG. However, to have gained enough levels and gold, orbs, skill points, and everything else, you likely need to do three-quarters of any side missions. It's also the case when random characters appear out of nowhere, and the only way to unlock them for your band of mercenaries is by completing a side mission.

Mentioning characters brings me neatly into the story, which also suffers a bit of the "out of the blue" syndrome. If anything, The DioField Chronicle takes the world "Chronicle" a little too literally. Rather than presenting an engaging tale of the history of this island nation, the cutscenes come in an and-drawn style with a rather perfunctory description of recent events, with a slight bit on what's just happened/what is happening, to lead into the next mission. It feels stale, which is my core issue with the game. Reading the footnotes and history of a fictional universe is only interesting if you're already engrossed and invested in it; it's not ideal when that's your initial and only link to the world.

This is generally the case when it comes to the characters you meet along the way too. I struggled to get invested in them because they didn't have much of a personality, or at least none that the game didn't explicitly tell me. Even character growth, which would ideally happen organically, is just said to you outright. The DioField Chronicles seems intent on making you think there's some blossoming relationship between Andrias, the main protagonist, and Waltaquin, a noblewoman, despite no proof. Not to mention the conflicts between characters, betrayals, and everything else that flag up over time.

I can't go into the story and how it develops without giving away some spoilers, so I'll tell you that you start as a mercenary group under a guy called Duke Hende. You're on DioField Island, inhabited by the kingdom of Alletain, dragged into the middle of a war between The Empire and The Alliance. There are also some conflicts between the nobles that form a council within Alletain as they try to choose the next monarch, the church, and pro-democracy rebels. Everything could make for a good story of political intrigue, especially as things and surprises unfold if the game happened to tell that story.

If you want to learn more about this fictional world, the people, and the conflicts, you can at least pop into the in-game library and read up on everything. If I were to liken it to any other video game, I'd say it reminds me of Final Fantasy XIII. The DioField Chronicle suffers from telling you what's happening, how people think, and what matters rather than showing you or letting it unfold in any organic way.

None of that will sound particularly great, but I'm not going to say it's terrible. What helps to counter what has so far been mediocre at best is the action. The DioField Chronicle is a real-time tactics game, giving you something that feels like a mixture of Final Fantasy Tactics - or Valkyria Chronicles - with a bit of Bladestorm added to the mix. Including four classes, adding that you can assign a character of a different type to the unit, gives you various tactical opportunities. Plus, you can pause as required, letting you select a skill to use or give orders to a particular team.

The main character of the unit dictates the unit type: Soldier, Cavalier, Sharpshooter or Magicker, as well as the first set of skills determined by the character's weapon. The second character dictates the second set of skills. Finding a balance helps in battle, giving you multiple choices in ranged, magic or melee skills as required. Necessary, too, as battles do increase in difficulty reasonably fast, mainly if you don't do the side missions.

I've generally found myself enjoying the tactical combat within The DioField Chronicle. It develops pretty well, throws in new enemies and types as time goes on, but then falls into a trap a few strategy games fall in. Rather than allowing the AI a little more in terms of tactics, it just throws waves upon waves of enemies at you. As much as I've enjoyed the combat, I can't deny that I've groaned and begged for it to end when the fifth or sixth wave appears, and it's more of the same.

One other interesting aspect of combat is the Magilumic Orbs, essentially summons. The more enemies you kill in a fight, the more you charge up a meter in the bottom-right corner. You can also fill it up by collecting blue orbs on the map, either already placed there or dropped by enemies you've killed. These come in various forms, but I prefer the ones that deal damage - sticking to Bahamut, your very first, and rotating between the others (you can only take so many into battle). It would be best if you also kept in mind that you will be levelling up your characters, Magilumic Orbs, weapons, classes and more, each based on different things.

If it isn't clear from what I've written, I look upon The DioField Chronicle as a mixed bag. This applies to the aesthetics, with reasonably detailed visuals in battle, offering a great look over the battlefield, showing off your skills, and highlighting the summons. Outside, it can all look a little dull. Musically, again, it's strong and befitting the theme, but it all starts to merge into itself, nothing genuinely standing out.

That would be my verdict of The DioField Chronicle. It has some good elements, but they are often covered by the average, meaning little gets the chance to stand out. Were it a little tighter, a little faster and not requiring you to do so much busy work, I could see this being a more enjoyable experience. 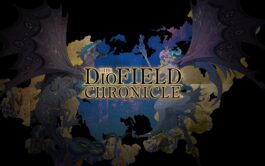 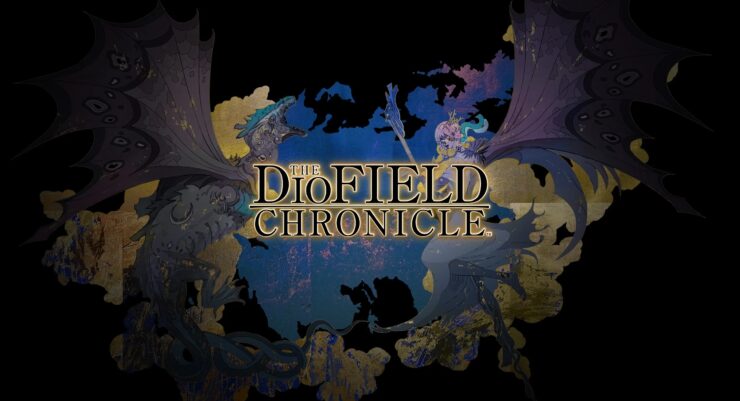 The DioField Chronicle. It has some good elements, but they are often covered by the average, meaning little gets the chance to stand out. Were it a little tighter, a little faster and not requiring you to do so much busy work, I could see this being a more enjoyable experience.

Final Fantasy XVI Next Trailer Will Be out Next Month; Game Is a Roller Coaster of Story and Action