It didn't take long at all for Sniper Ghost Warrior Contracts to blow my expectations out of the water. In the very first mission I was crawling through snowy mountains, silently assassinating guards and stealing technology and trade secrets. I've played Sniper Ghost Warrior games before, and I've never been impressed. I've barely even been amused. And all of that changed with this entry, one which felt more polished than ever before, better looking, with a fascinating and engaging combat system that forces you to stay aware at all moments. Finally, CI Games has crafted a shooter which is as polished as the competition, while offering something totally unique in the genre. That's what I thought while playing the first mission, at least.

Forget about what you know of the series. The reputation it has for being a sub-par shooter has been blown out of the water with this entry, which is far more polished and impressive than any of its predecessors. But that comes with a massive caveat: this is a game made for a specific type of shooter player. This isn't a game made for people that want to run in, gun down enemies, blow up helicopters, and enjoy action setpieces. Sniper Ghost Warrior Contracts is a game for people who are entirely willing to spend nearly an hour playing, just slowly but surely moving towards your objective. This is a game made for stealth veterans, and the checkpoints are not as friendly as you might like. 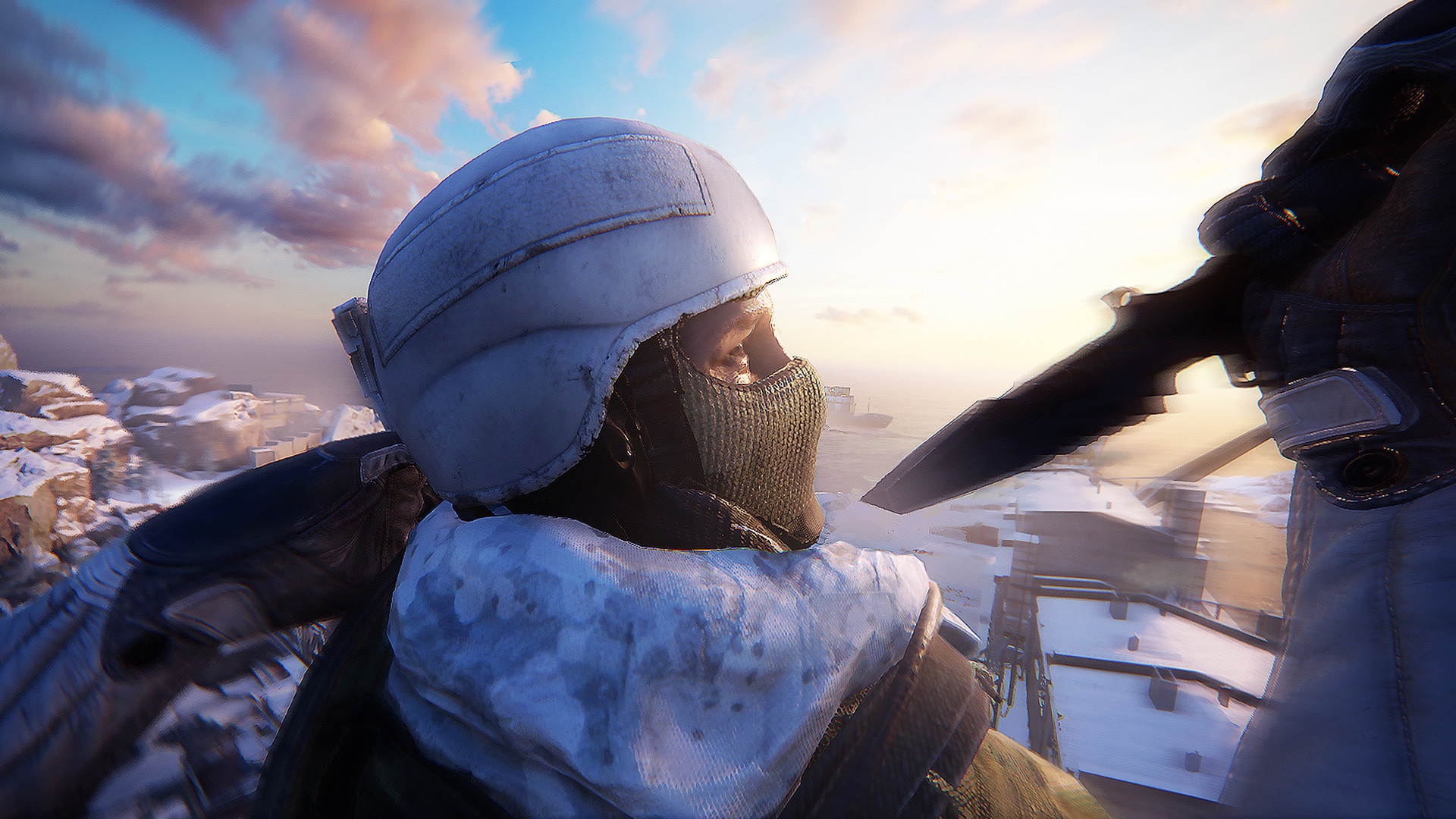 You are the Seeker, and you are a highly skilled military assassin. You can go into heavily guarded military complexes, take apart all of the soldiers inside, and finish up by collecting intel valuable to your clients. The outcome of your work? None of your business, you're just a hired gun, nothing more. You will be dropped into surprisingly large areas - though more condensed than the previous game - and charged with traversing them, finding the objectives on your map, and completing your objectives. Completing the objectives at your own pace and in an order that you decide is nice, and almost reminiscent of Rareware shooters like Goldeneye and Perfect Dark.

Using your array of tools, including multiple trap mines, grenades, and distraction devices, in conjunction with your silenced sniper rifle to navigate the map feels invigorating, and the extra foresight that tagging enemies with your binoculars gives you is always appreciated. You can also get enemies and supply drops highlighted by creeping up on enemies and interrogating them instead of just killing them immediately.

You can, of course, go loud and start killing everyone, but that is certainly not the intended way to play Sniper Ghost Warrior Contracts. Your health is low, and while you can absolutely pick up a loud automatic weapon and start shooting down goons, it's not a good idea. It'll only take a few gunshots to take you down, and you're not equipped with super-soldier style healing abilities like in Call of Duty. Even if you do wish to eliminate everyone in a stage - absolutely possible - you'll have to do slowly, methodically, and from the shadows, for a death can rob you of plenty of progress.

As you settle into the gameplay loop of Sniper Ghost Warrior Contracts - moving through stages carefully, completing missions silently, and then exfiltrating with your progress for a checkpoint - it all manages to feel very satisfying, especially when your silent exploits go completely unnoticed. There are absolutely a huge variety of ways to complete your missions, from setting up elaborate traps to just taking care of business the hard way, and seeing your plans come to fruition is wonderful. 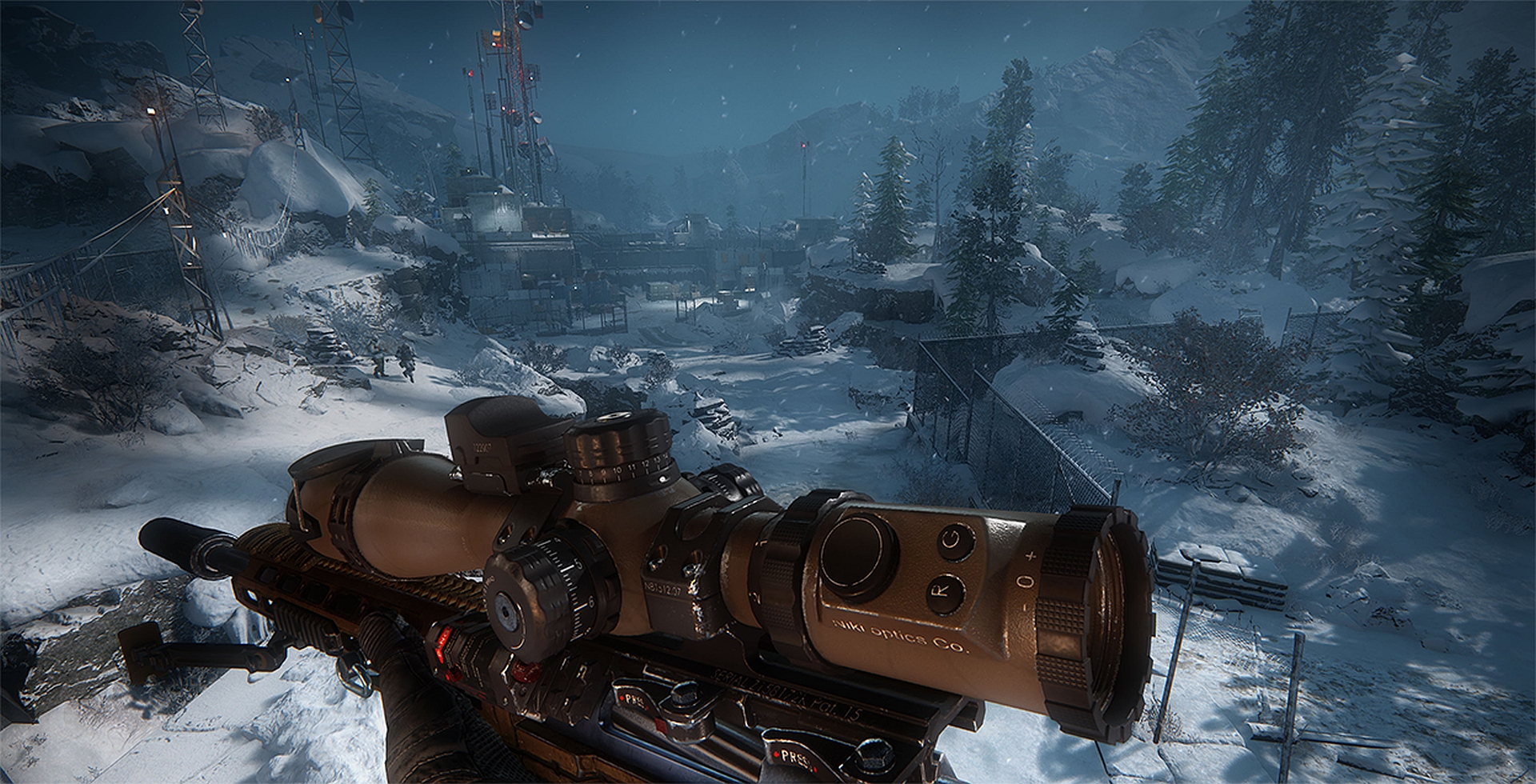 But it didn't take long for me to just feel tired. The problem is that in normal mode, missions are just too time-consuming. Waiting for enemy AI to take their paths, marking enemies with the binoculars, moving unnoticed, it all takes time. These stages aren't actually insanely big when compared to many FPS stages, but because of the pace of the game, they can take huge amounts of time to navigate. And as mentioned, death - which is all too easy thanks to low health - can force you to lose too much progress upon reloading a checkpoint. It ends up disincentivizing risky gameplay, instead suggesting the safest possible option. And that gets boring, tiring, and frustrating. And unfortunately, once the game starts feeling like a grind, it doesn't get better.

However, if you are looking for a shooter with this kind of collected, calm, methodical gameplay, then you just might adore Sniper Ghost Warrior Contracts. This is undoubtedly the best game in the series so far, and absolutely makes me excited for what we'll see next from CI Games, but this is not a game for everyone. I feel like this will be a firm favorite of many players, and perhaps even a cult classic of sorts, but for players like me, with a disappointingly limited amount of patience, it's a bit more of a struggle to recommend.

Sniper Ghost Warrior Contracts offers a completely unique shooter, far better than its predecessors and absolutely noteworthy in the FPS genre as a whole. But players will need a love for stealth, slow gameplay, and the patience of a saint in order to properly enjoy it.