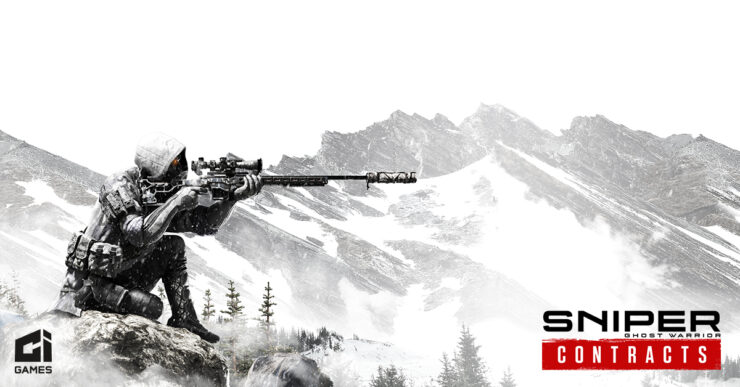 CI Games is a very interesting studio. From what is a small origin, the merger of some small Polish studios in 2002, the company was all in on budget titles until 2010, when the company launched Sniper: Ghost Warrior. That did great, giving the company more of an urge to work on premium titles - some of which flopped (Enemy Front) and others which didn't (Lords of the Fallen). Now we come to Sniper Ghost Warrior Contracts.

Why contracts? When talking to some members of the team at a recent event, they were quite open in recent mistakes. Sniper: Ghost Warrior 3 went open-world and the game (as well as the studio) suffered from it. While the game eventually made a profit, the company had already downsized in reaction to its poor launch. This has given CI Games a real incentive to make the best with this new outing. 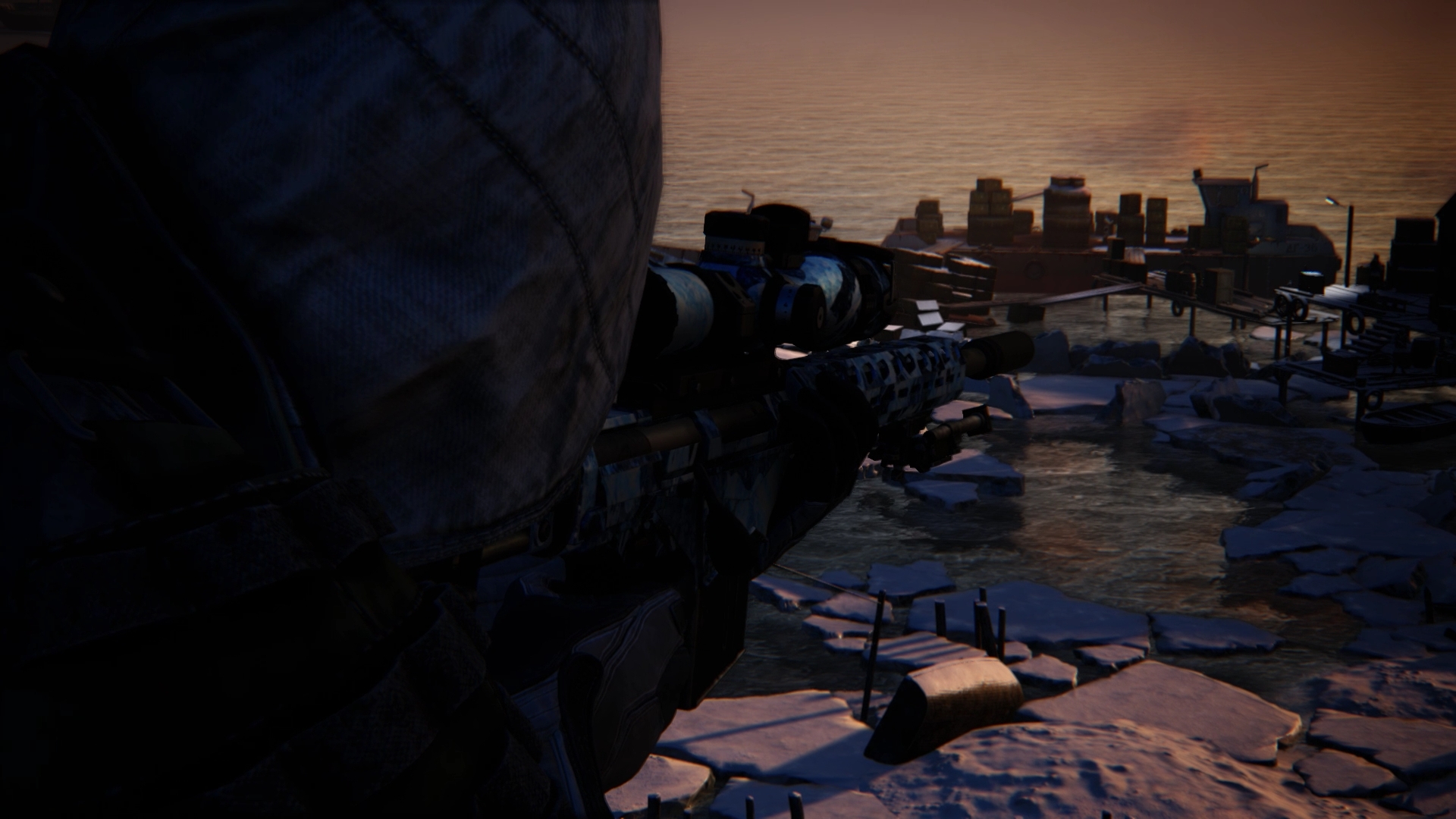 Having a hands-on recently, I can without any shadow of a doubt say that they've certainly made the best of what they have. The thing about a game playing as a sniper, you want aspects of freedom, the ability to look at what challenges you face and then naturally work your way around them. You want to be able to find that high-point, the one barely defended, where you can take your shot without the worry of being caught.

Thinking of this, the move to open world in Sniper: Ghost Warrior 3 made sense, but at the same time the problem with any open-world title is that it requires a lot more work to fix the issues (or you could be Bethesda and not bother) and there's also the concern that being open-world can take away great moments where are there simply because they're designed. This is where the semi-open approach reaps rewards and where what is an inevitably flattering link comes from, Sniper Ghost Warrior Contracts is essentially Hitman: Futuristic Sniper.

It may seem a little trite to describe any game as [insert game name here]:[insert slight descriptor here] but that's precisely what this feels like, only even more expansive than that of Hitman. Where in Hitman you had one target per stage, with an open-ish choice of where to go and how to kill, so long as you used the tools at your disposal, this features considerably larger stages that share the same methodology. The best way to describe the five levels found in Sniper Ghost Warrior Contracts are that they're multiple interconnected levels, each providing their own challenges and targets. 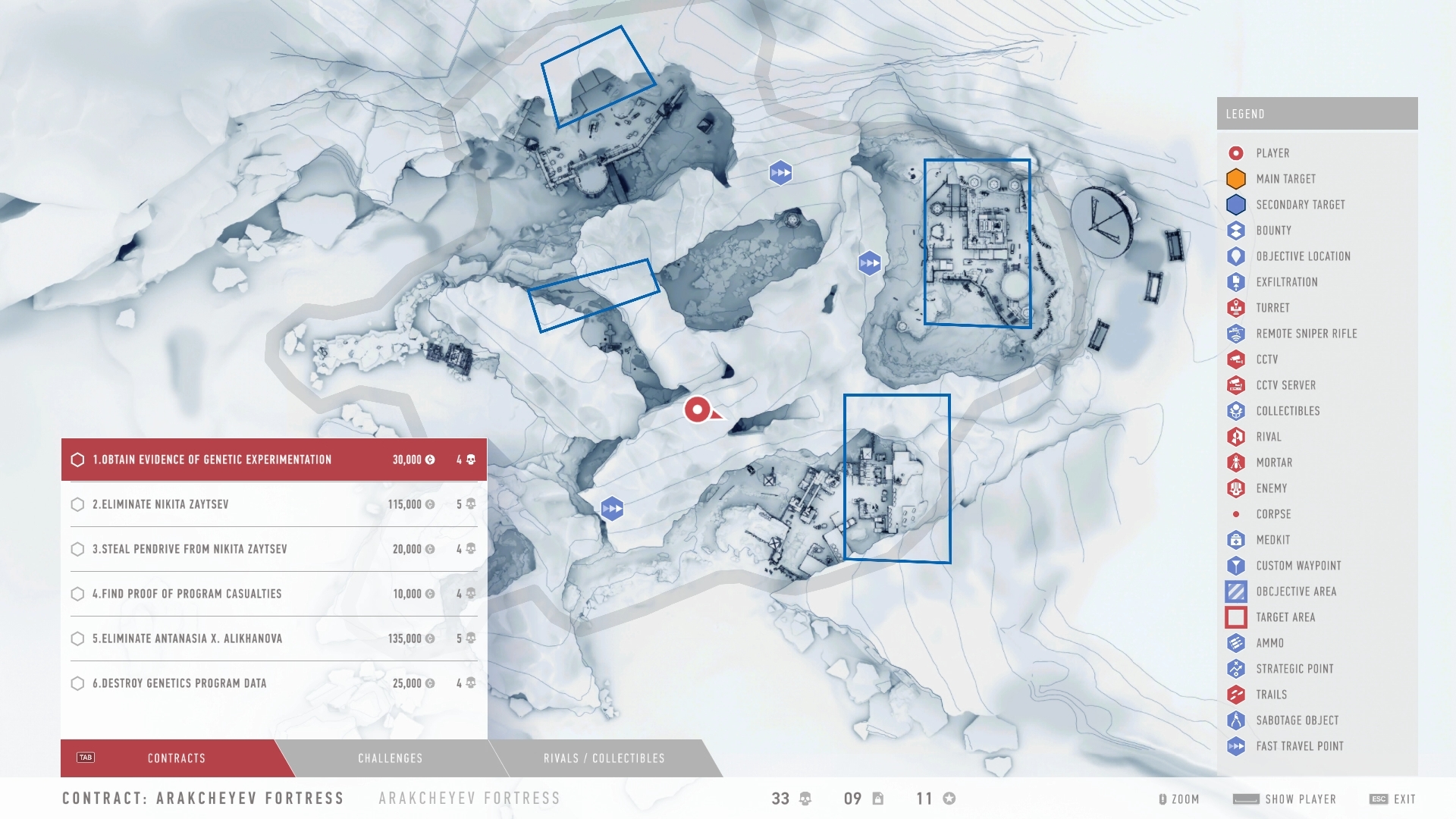 During my time with the game last week, I was able to test out two of these levels. Arakcheyev Fortress and Kolchak Harbour. Both of these were distinctly different in the challenges they put up against you. This is something that is promised across all five of the levels, ranging in the terrain type, the weather and other conditions you face. Arakcheyev, as you can see from the map, was very snowy and what you may not be able to see is just how much verticality it possesses.

The map contains what was essentially four core areas to infiltrate or attack however you see fit, with the interconnected paths giving you the options ahead of you. Working in with this is the necessity to act as a sniper would and scout using your binoculars, highlighting enemies you see and taking a mental note of what routes you could take and other elements that can assist you. Let me tell you one thing, a well-placed bullet into an explosive barrel offers a nice distraction.

This is what should make Sniper Ghost Warrior Contracts considerably more engaging than the previous titles, particularly that of Ghost Warrior 3. The freedom of approach (within reason) and the ability to take your target how you want to. Designed to aid in this is a whole range of new features that jump right into the 'futuristic sniper' aspect that I mentioned earlier.

One such feature is the 'dynamic reticule system', which thanks to the super-mask your character wears in the game, shows the path the bullet will take based on height, wind, etc. Of course, when using your sniper rifle, you can adjust the sights to different distance markers, essentially showing you the height the bullet will hit, you only then need to worry about the wind. It's all fancy, high-tech and designed specifically to add to the feel of being a world-class sniper.

Of course, this wouldn't be a Sniper game by CI Games if it wasn't for the special bullet cam showing the path of the bullet and the gruesome effects it then has on your target. There's still something viscerally satisfying about watching your bullet travel, reaching your target and the force taking away the top and back of your victim's head. The dismemberment system has actually been taken further than I remember it in the past, with all your weapons being able to do such damage, including the machine guns and grenades if the hit is well placed. 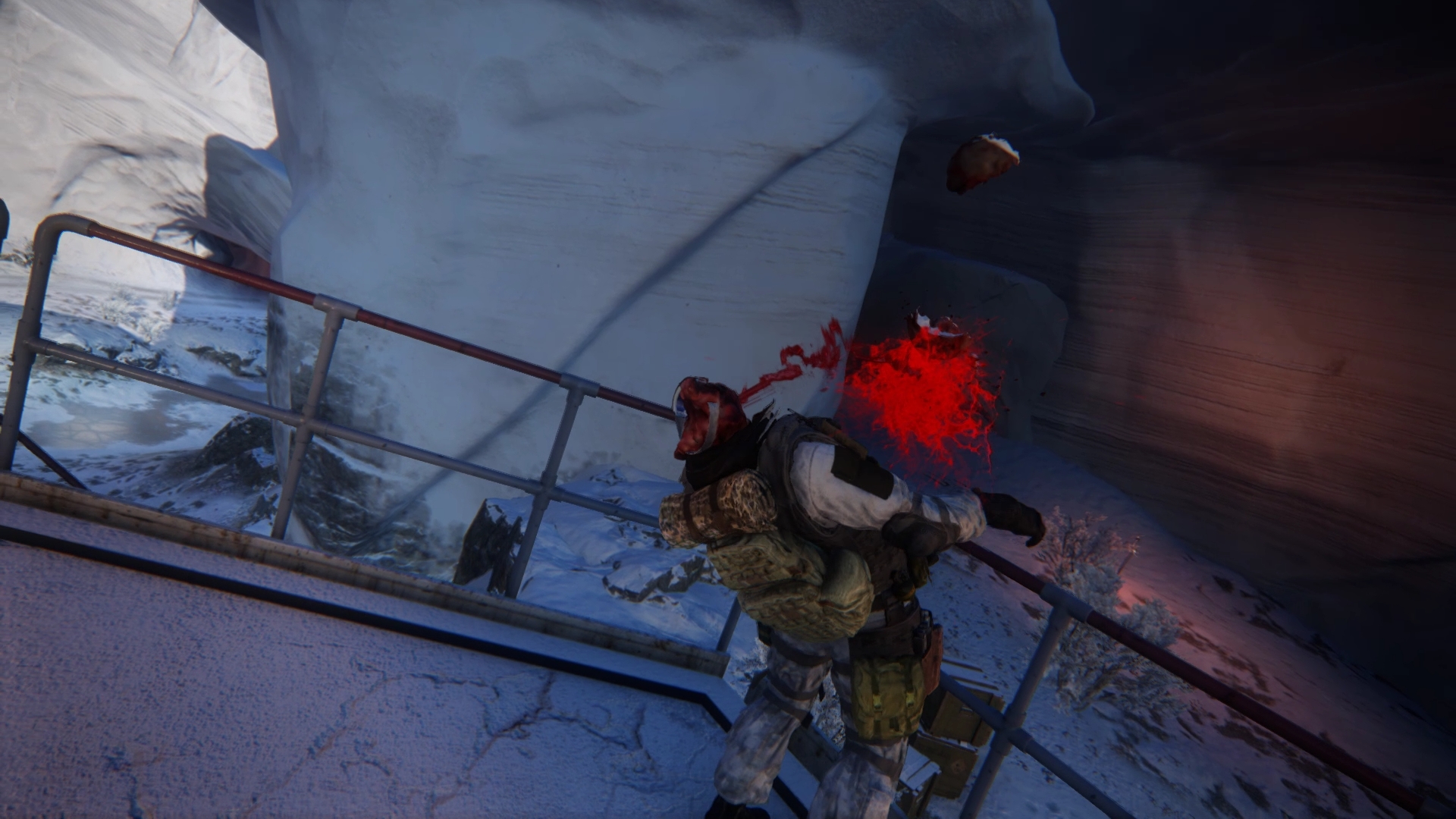 Other features within the game are multiple upgrade options, letting you boost the features available to you on everything from the futuristic mask you wear, to your bodysuit, gadgets and other support features. Naturally, you also have the option to upgrade and customise your weapons too. All of this is done via in-game currency of actual money as well as special currencies obtained through doing special side-objectives on maps, which include rival snipers, bounties and more.

Let's be honest, that last shot doesn't exactly look great. In general Sniper Ghost Warrior Contracts is looking and playing great, far and above that of Ghost Warrior 3 which should really help the game against the more modern competition. While it's never likely to compete against titles like Call of Duty & Battlefield and their more general approach, there's a very good chance that this could be the release that competes with and tops Rebellion's Sniper Elite games.

Sniper Ghost Warrior Contracts is scheduled to come out on the 22nd of November for the PC, PlayStation 4 and Xbox One and is priced as a budget title.