HB Studios, who are no strangers when it comes to making sports games, attempted to recreate the adrenaline rush of speeding down a snowy mountain at death-defying speeds we once achieved with games like SSX Tricky. Just to give you some context, Mark McMorris, of Mark McMorris Infinite Air fame, was only seven years old when SSX Tricky came out. So yeah, it’s been a while since we've gotten our shred on.
A word of warning: Infinite Air, even though it looks like it, is not an arcade snowboarding game. Patience is going to be your number one skill if you plan on pulling off some sick moves on the slopes. Too bad the control scheme seems to be actively working against you at every jump.
Infinite Air is easy to pick up, things, like carving through the snow and changing direction, are done with the left joystick while simple tricks are done with a flick of the right. When in the air, holding down either the left or right trigger can be used to perform grabs with your left or right hand. If you’ve played a skateboarding game, the controls have a familiar feel to them especially when you’re grinding down on rails or spinning off a halfpipe. 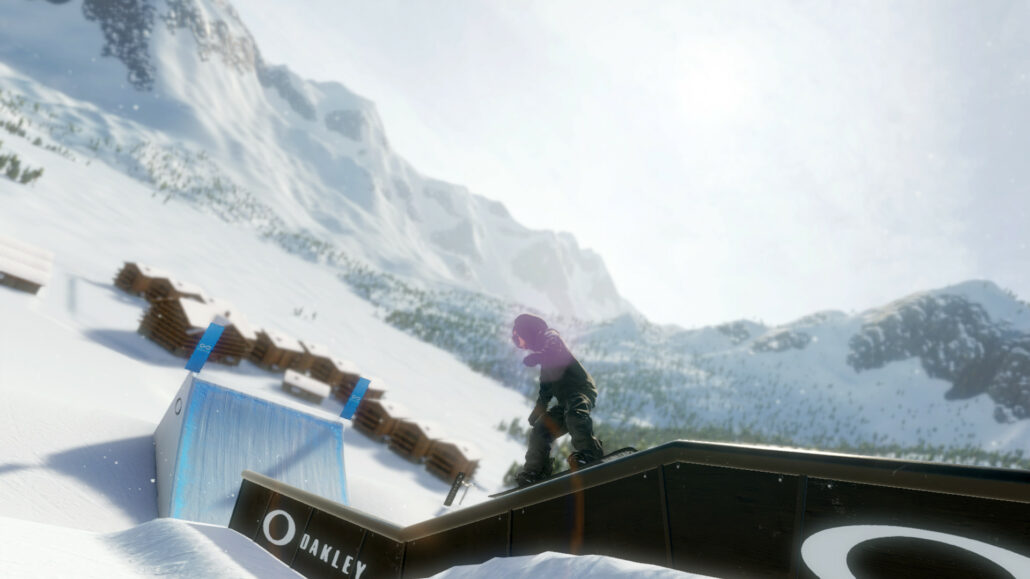 Simple tricks like ollies and the occasional backflip are easy to do. Things get bad whenever you want to try to perform a trick more complex than a 360 spin or a nose grab. If you want to get the big score, you’ll need to chain together several different grabs, spins or flips and stick the landing. The issue is that to get enough air to do so, you’ll need to pre-load your spin or flip torque by holding down the right stick and/or triggers which feel like you're charging up a jump. So now, now the rather simple control scheme we started off with turns into finger gymnastics turning complex tricks into a painfully unachievable task.

Much like my first-time snowboarding, expect to land on your face an awful lot. You have an option of just getting up, picking up where you off or just restarting the run altogether at the touch of a button. Often I found restarting saved me the most headache since the ‘get up’ option sometimes left me in spots where I couldn’t move or gather any forward momentum leaving me to rethink my life choices. This forced me to ‘play it safe” by only doing cookie cutter tracks, never racking up any points and being able to complete the handful of challenges needed to move on to the next tier of events. The alternative is restarting repeatedly because anything more complicated than a bunny hop resulted in more face plants.

Mark McMorris Infinite Air is broken down into a couple of game modes. Circuit Mode has you board down a handful courses types, where you can complete challenges to unlock new gear to customize your rider or the next tier of tracks. At the end of each tier, you’ll face off against actual professional snowboarders and race them down a mountain. It’s easy to hit a wall early if you don’t get a handle on the controls which is a shame since the more impressive looking stages show up in later tiers. The good thing about challenges is that you don’t have to finish the course once you complete it which is a blessing. It’s a strange way to progress and you never quite feel like you truly are making any ground. What I ended up doing is nail a challenge, restart, and nail a different challenge. This system doesn’t feel polished seem is a common theme in Infinite Air. 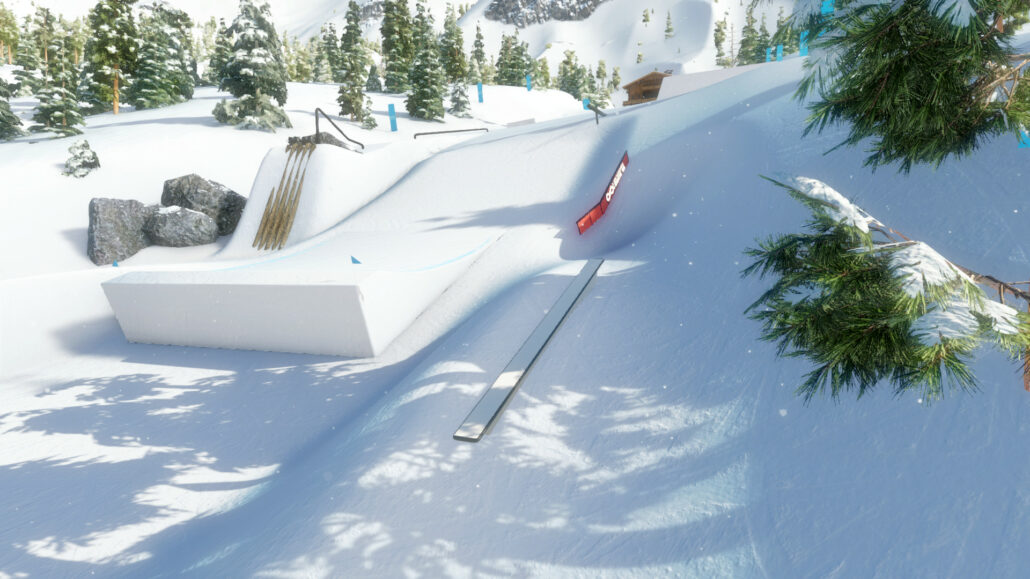 If you’re more into just messing around, you can dive into the open world by choosing one of the pre-built mountains by HB Studios or one that randomly generated. The randomly generated maps are hit or miss. Some maps are fun death traps filled with huge jumps while others are just a mess of trees and patches of exposed rock. Here you can take part of the meta game of going after and competing against other players

Speaking of deathtraps, players can also use the world editor to build their very own mountain. The World Editor has over 100 items like ramps, pipes, and even some wildlife. Once you’re done, you can upload your monster mountain online. My personal favorite has been one called “all I do is rail” which was about 10km of just endless rails. HB Studios will be adding more items post-launch.
Mark McMorris Infinite Air is a decent attempt at a modern-day snowboarding game that’s marred by an overly complex tricks system sucks away any fun you could potential have. The awkward progression forces mostly a trial and error approach that will turn off casual snowboarding enthusiasts.

Mark McMorris Infinite Air is a disappointing snowboarding game, despite great world editing tools. Its needlessly complex tricks system hinders most of the enjoyment you could potentially have on the slopes.