For years, the SaGa series of JRPGs had eluded me as some sort of cryptic beast with no direction and a fun combat system. Earlier attempts to get into the Final Fantasy Legend series and SaGa Frontier 2 were both met with frustration and a lack of driving motivation to see each adventure through until the end. As I got older and wiser, I began to garner a deeper appreciation of these Kawazu-led RPGs over the years to where they've become more than just a guilty pleasure among the cadre of KEMCO-published titles, verbose Falcom Trails epics, and the growing number of quirky indie EarthBound-likes that are secretly about depression. While I didn't give Minstrel Song its fair shake when I once played it on the PS2, now that I've had time to sit down and properly engage with it in its remastered form, I can see the frustrating quality that's hiding just below the surface.

Much like the SaGa Frontier Remaster from last year, Romancing SaGa Minstrel Song Remastered opens with a choice of eight scenarios to pick from, each led by a different eccentric cast member. Whether you're in the mood for playing as a pirate, dancing entertainer, stuffy noble knight, each begins their adventure differently with a brief prologue. While Albert might be considered the main character of Minstrel Song, there's no obligation to pick him as your starting lead. In fact, if you just want to jump right in and begin adventuring, Barbara is a solid pick and even starts out with one of the ten mythical Fatestones, pending a brief conversation with the Minstrel himself.

After a brief prologue as your given character, you're largely thrown into the open world and told to fend for yourself. As time passes, the threat of the big bad Saruin looms ever closer before an inevitable final showdown. How players choose to proceed and spend their time is an open-ended discussion where the worst answer typically is to mindlessly grind. Each battle won ticks time away as a secret calculation works behind the scenes to advance the scenario in what's typically known as the Event Rank. While previously players would have to speak with a kid offering up tutorials at the entrance to each town and counting how many new topics were available to determine their Event Rank, now there's a handy clock on the main menu that shows the current phase of the game (quite handy if you're trying to figure out the best times to strike up a conversation with Schiele and advance her multiple playthroughs-long questline). Unfortunately, your hidden Battle Rank still remains a mystery to the player, although the included player log can quickly show you the number of battles fought for that particular and all combined adventures of Romancing SaGa Minstrel Song Remastered thus far.

How the player approaches the order they visit locales or answer the freelancer's call for quests can drastically change their experience throughout the world of Mardias. There's often no single correct way to approach the world and seek out each and every quest in a single playthrough, so there's much that the players will and won't be able to experience before their inevitable encounter with Saruin. Many quests often lead into each other and have an invisible butterfly effect that can change or even cancel out later opportunities down the line. For example, when tasked with rescuing the Potentate of Kjaraht's daughter, players would miss out on a great number of rewards if they don't take the time to meet with Mr. Wuhan and introduce themselves first. When it comes time to rescue his daughter, the Water Dragon that holds her captive offers up a potentially different questline to recover an artifact to trade for the girl's life. Or players could simply cut corners and slay Strom the Water Dragon on her behalf and skip a few steps. How was I supposed to know that Strom's death would lead to blocking off rooms of his domain, thus preventing me from obtaining the Water Sprite and wrapping up a completely different questline for the King of the Faeries in a different part of the world?

Combat is undoubtedly one of the best parts of a SaGa game, despite the game's intentions to steer you away from combat until you're sufficiently geared up to handle the dangers that higher Battle Rank enemies can bring. While not as drastic as, say, The Last Remnant's scaling, approaching boss fights where the enemy has a massively increased health pool while the player has only sparked basic weapon techs can be a recipe for disaster. Far more important than the numerical stats of your gear, getting the right techniques can make or break the flow of combat. Combat, regardless if you're facing a superboss or chained enemy encounters on the field, usually progresses the same way. Players set up their entire team's selection of abilities for the turn, then watch combat play out as both sides clash against each other at once. Enemies can just as easily combo against the player (which is why having someone in the Entertainer class, like Barbara begins with, can help) and wipe each other out in a single hit. Once a player is downed, they lose one LP for falling unconscious and an additional once each time their unresponsive body is struck. Similarly, many unique weapons and martial arts also consume LP to activate. Deplete all of your LP, and that's either an instant game over or the character is taken away from your party, which can be just as devastating to end a run depending on how much you've invested into that character.

Even more important and more of an advanced technique that the game is wise to teach players about the first time they accidentally perform one is the use of various mechanics such as Surges, Reverses, and the all-important Combo. Players might accidentally come across a combo they like that comes up once in a while, but to guarantee a higher rate of effectiveness, players can manually select the order that party members take action. Advanced classes such as the Imperial Knight/Marine can affect the rate of comboing with a fellow party member, taking full advantage of exploiting the combo system. By continuously attacking with a specific weapon type (taking note of which of the three modes their weapon is currently in), players can spontaneously learn, or 'Spark', a new technique that's often much more effective than the previous but with an increased energy cost. Spending jewels at the various skill trainers in each down can unlock new passive abilities for each character, including but not limited to a reduction of BP cost when using a weapon technique by leveling up that particular weapon (having 90% or more weapon techs learned versus spells also provides a secret cost reduction, meaning it's best to keep your spellcasters away from melee, just as it's best to perhaps give all of your melee fighters a level or two in Hydrology and only teaching them the basic heal spell).

It wouldn't be a proper remaster without something new to entice players to come back for a second round of Romancing SaGa Minstrel Song. In addition to some touched-up graphics (sadly, many of the pre-generated cutscenes are letterboxed and of such grainy, low-resolution footage that it's difficult to watch and make out what's happening on an HD display) and speed modifiers from field/combat, there are a number of neatly introduced integrations that only those familiar with the original Minstrel Song might notice. Among the offerings are five additional characters that can be recruited and brought along for the adventure. These characters are neatly woven into the regular scenarios that a new player might not even realize that Marina, an NPC that once brought players to where the Black Diamond is kept, couldn't be recruited into the adventuring party in the original release. Now, if players want a pure, unaltered experience (save for the graphical and speed tweaks), there is an option to start a fresh save without additional content added and then turn it on upon finishing a character route and venturing into New Game Plus, another handy addition that wasn't present in the original.

For as cryptic and unguided as Romancing SaGa Minstrel Song Remastered can be, it's still an RPG experience quite unlike what players have experienced on modern consoles. It's a charming Kawazu-helmed JRPG that gives players an unseen amount of freedom in how they choose to save the world from Saruin's impending revival. While still obtuse by modern standards, the new additions and fresh coat of paint revitalize this timeless classic for a new console generation. 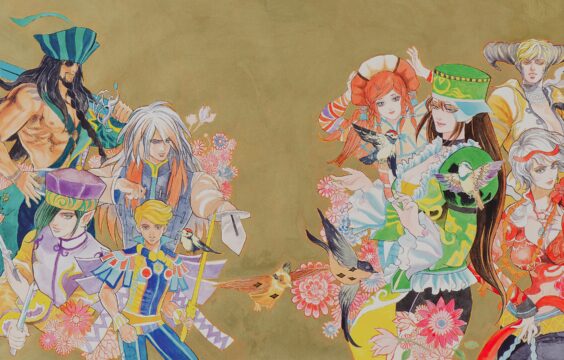 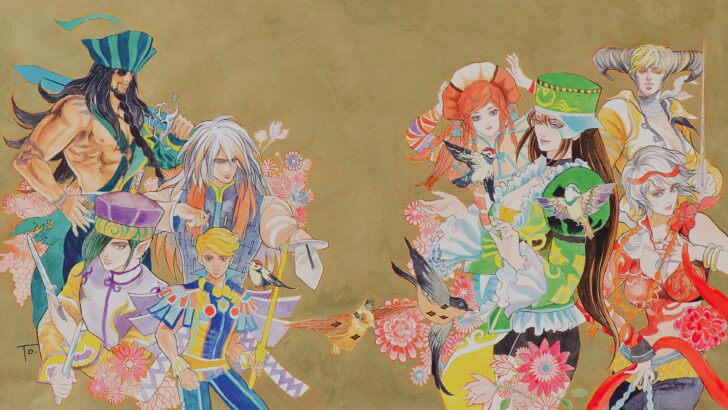 Undoubtedly less cryptic than the original PS2 remake thanks to additional content to help streamline the experience, Romancing SaGa Minstrel Song Remastered is about as pure of a JRPG experience that one can expect to get from Kawazu and new players can finally see why folks have been singing its praises after all these years.