ROCCAT has been part of our review process for a while now. They have produced several accessories that have proven to remain consistent with their quality and functionality in relation to the price. Now, we get to see another product from them that aims to offer a unique gimmick for the RGB keyboard we’re all used to seeing with the Vulcan II Max.

The ROCCAT Vulcan II Max’s standout quality is its bigger size compared to the Vulcan Mini and, additionally, a set of multi-function Dual LED Smart Keys. That’s right; we have layers of RGB with this keyboard. Not only that, but its multi-function keys also accomplish several more specific functions than your usual multimedia affair.

The design of the keyboard itself is definitely its standout feature. It doesn’t look as sleek as the Vulcan 121, but it definitely looks like a much better (and bigger) version of the Vulcan II Mini. This keyboard also does what the GK71 SONIC couldn’t, as the keys are quite big and spacious, allowing for more comfortable typing and fewer mistakes for someone with big fingers.

There’s plenty more to go through outside of these initial impressions. So, let’s dive into the Vulcan II Max and see what it offers!

The ROCCAT Vulcan II Max is a keyboard that has 24 multi-function smart keys that have Dual LEDs attached to them. This is because each of the keys has a different function. For example, the F1-F4 keys give you access to different lighting profiles, F6 allows you to mute your mic, F10 allows you to access OBS and go Live, and so on.

As you activate several functions on the keyboard, you will be able to see each of the keys light up individually while the light spectacle that is to be expected out of several keyboards is going on. So, even while you see a full RGB spectrum spectacle going on, you’ll still be able to tell which keyboard functions are currently enabled. This keyboard has a lot going for it, so it’s not strange that it demands two USB 2.0 slots to function.

You can set up multiple of the keyboard’s functions through ROCCAT's Swarm Software which, while not the most stable or fantastic program to use, is a good software that allows you to keep track of all the functions you have access to as well as the macros you’ve set up. You can also set up the lighting controls and pick from several available profiles if you want something more reactive of your button presses or another lighting pattern.

This RGB spectacle is only complimented by the keyboard’s wrist rest as it essentially exists to be an extension of the lighting. Thanks to the 4MB of on-board storage, you’re able to save any profiles with key assignments and lighting presets as much as you’d like. If you have other ROCCAT products, you can even use their AIMO Technology to sync your lighting display according to your keyboard.

Okay, that’s enough of the spectacle. Let’s talk about the actual things that matter. First off, the keyboard is pretty durable. Each of the key switches is guaranteed to support 100 million keypresses through its lifespan. Additionally, the keyboard is customizable as its compatible with most third-party cross-mounted keycaps.

The ROCCAT Vulcan II Max uses TITAN II Optical switches. These switches allow for fast actuation the moment the key is pressed. The review unit came with the RED version of the TITAN II switches, which has a 1.4mm actuation distance and exists to help with competitive games that demand speed, precision, and quick presses.

If you want to feel tactile feedback from your keypresses, you can select the brown variant of the TITAN II switches, which exist for this. These switches give you a light sound for your keypresses and have a 1.8mm actuation distance as opposed to the red switch’s 1.4.

n-key rollover? Yes. The ROCCAT Vulcan II Max offers full-key NKRO. As such, each of your keypresses will be scanned independently by the hardware itself, regardless of the number of currently pressed keys. This pretty much allows for the prevention of ghosting (I mean, it’s anti-ghosting technology, after all).

Additionally, The Vulcan II Max also has access to ROCCAT’s own button duplicator technology. This allows you to have programmable functions for other keys when pressed. These can be hotkeys, macros, and multimedia controls. So, you pretty much will always have access to some sort of utility with this keyboard thanks to the Easy-Shift + function.

Some of you might have noticed that I haven’t really talked about the size of the keyboard and its dimensions. Unfortunately, this is the part where I begin pointing out some of the flaws with this keyboard. And yes, the first of which is actually its size of it. The Vulcan II Max uses 18.23 x 6.0625 inches (463 x 154mm) of space in total. Combine that with a 3.25-inch wrist rest, and you have a bulky and a bit cumbersome keyboard.

I’m glad that the wrist rest is at least removable because it was hard trying to fit it anywhere in my specific gaming setup (which has a raised platform specifically made for the keyboard). The wrist rest itself feels plasticky and uncomfortable, a far cry from the comfort offered by the rest included with the MSI GK71 SONIC.

I mentioned before that this thing requires you to use two USB ports. I’ve tested this keyboard with a single USB 3.0 port, and I can tell you that while it can work, it still would be preferable to use the two USB 2.0 ports, as the lighting effects are a little bit less noticeable due to the lower power draw.

I’m fairly certain my more avid readers are beginning to notice the pattern here. A lot of utility and practicality are being sacrificed for the sake of visual flare. The translucent wristrest makes the lighting effects stand out but, in turn, feel uncomfortable to use; the big and bulky design that allows for swift and smooth typing but is impractical for small spaces; All of this is attached to a keyboard that costs $229.99 USD.

And that, right there, I think, summarizes my thoughts on the ROCCAT Vulcan II Max. It’s a great keyboard, amazing even. But many of its bells and whistles exist for the sake of the premium feeling rather than anything practical. This keyboard is definitely going to flare up and make you look cool. Everyone who has seen me use this keyboard always gasped in awe at the pretty colors and the extremely slick functionality. But then proceeded to emit an audible groan at the mention of the price.

If you certainly don’t mind the issues I talked about, I believe you will find a good keyboard that allows for extremely good functionality and has a great and unique gimmick attached to its dual LED support. Its incredible functions like the ability to see your PC’s health through the keys (Yes, it has CPU/GPU/RAM monitors on the keys), the ability to basically open up discord through a programmable key, and so many other cool functions allow this keyboard to stand out from the pack.

It sure as heck isn’t going to win any awards for price, practicality, or value. But at the very least, this is one of those keyboards that exist for users who want to forgo these things and want a prettier experience with several added benefits. All you have to do is pick the right optical switch and give this keyboard a whirl. Who knows? Maybe you’ll find that the pretty lights can hook you in and give you an experience like none other. 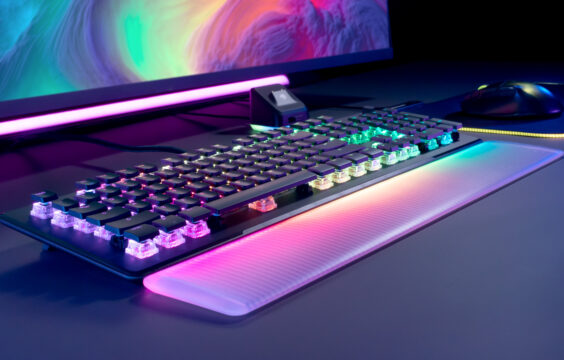 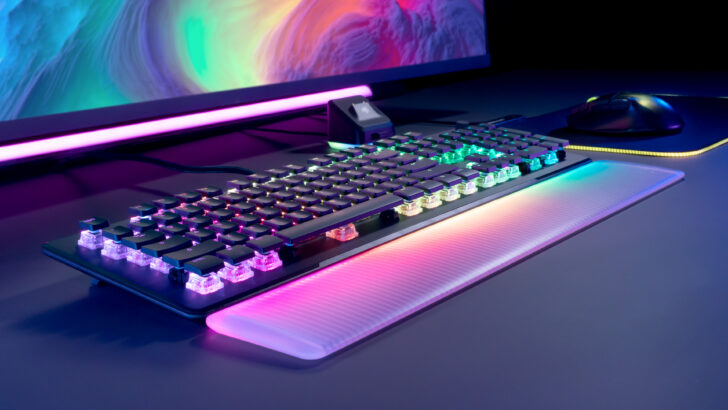 The ROCCAT Vulcan II Max is a fantastic keyboard that allows for an incredible symphony of functions that are combined with a stylistic visual design that will floor anyone that sees it. Unfortunately, the majority of these features are blocked off by the steep price tag and its gigantic size can turn off even the most experienced users. This keyboard might be an acquired taste but when it shines, it's a spectacular light show.