Forgive me, I've become a bit of a Roccat fanboy in the last year or so. I keep trying Roccat products, and I keep being converted. Although that's been a trend, it doesn't mean it'll happen consistently, and I've been keeping a sharp eye on the Roccat Burst Pro mouse. Once again Roccat has aimed their stylish products squarely at the gamer crowd, with all the competitive functionality you need, at an affordable price.

But the Roccat Burst Pro mouse isn't perfect - in some ways, it feels like a product which is built for a cheaper price point, and in other ways, it holds up just as good as any wired mouse you might pay much, much more for.

While talking about the Burst Pro, I'll find it hard not to compare it to the Roccat Kain 202, since I've been using that mouse for so long. The Kain has a lot of similarities too, the simple two-buttons on the left side of the mouse for easy access, the center DPI button, a large scroll wheel that illuminates in full RGB. I praised the Kain 202 for the simplicity with which it delivered a capable wireless gaming mouse, and I'll praise the Burst Pro for many of the same reasons, except whereas the Kain 202 felt like a premium product, the Burst Pro feels a bit cheap.

Now, there's a good reason for this. The Burst Pro only weighs 68g, and despite that small footprint it features full RGB and comes with a cable that will effortlessly glide along your desk. This mouse is purpose-built to be comfortable a lightweight for a competitive edge, and if that's what you want, this is perfect, if you're willing to accept the caveats. That low weight is wonderful, but of course means the mouse is mostly plastic and feels a bit cheaper overall. The RGB frills are the only thing that would indicate that this mouse is anything other than an entirely ordinary, cheap, office mouse. The DPI button was rubber on the Kain, now a hard plastic here, and then metal trim that housed the scroll wheel on the Kain is similar on the Burst Pro, but instead all plastic. It does manage to feel cheap - but the results are undeniable. Everything has been made to achieve that lightweight feel in the hand, and it's lovely.

The Burst Pro comes with heat-treated PTFE glides on the bottom - you might struggle to notice the difference, and so would I, but these glides are certainly smoother than what is on my, admittedly aged Kain 202. It feels as if there is zero traction when you slide your mouse around on a mousepad - as if there is no cable attached, too. When I move it, it moves, when I let go, it stops on a dime. Exactly what you want from a mouse, of course. The cable is Roccat's "Phantomflex" design, and it is, admittedly, incredibly lightweight, and I haven't felt any drag from it whatsoever. If I couldn't see the cable plainly in front of me, I'd assume it's wireless.

But the RGB functionality of this mouse feels unnecessary unless you really want that full suite of Roccat AIMO devices. The honeycomb design of the mouse looks stylish but is obviously another smart way to cut down on the materials used and make the mouse lighter. There is a single RGB light inside the body of the mouse, and another on the rims of the scroll wheel. The light from the center of the mouse shines and looks nice while you're sat behind it, but at that angle, you'll never see the honeycomb texture shine through the two mouse buttons - but that single RGB LED starts to look awfully dim from any angle that isn't directly behind the mouse anyway. It's there to satisfy the gamers who want the full RGB set up, not necessarily be any kind of meaningful function. As a final note, the hexagonal honeycomb pattern on the sides of the mouse, where your thumb rests, feels nice and textured. 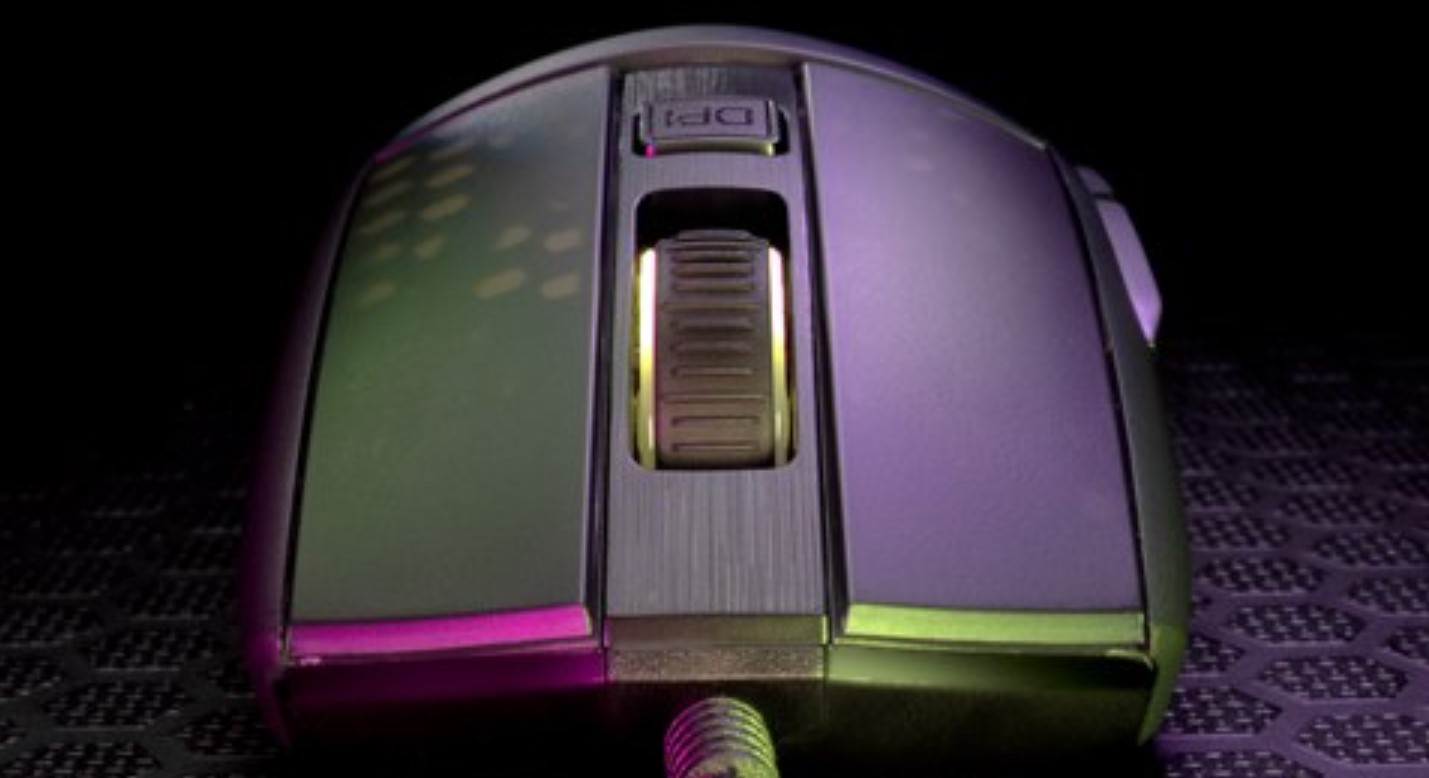 In terms of functionality of the Roccat Burst Pro, this is pretty much as simple as it gets when buying a premium product. You have two primary mouse buttons, two secondary mouse buttons, a scroll wheel, and a DPI button. If you just plug this into your system raw, then you'll have a wired mouse, it'll light up, and then do all things you expect a mouse to do by default. If you install the Roccat Swarm software though, then your new mouse gets a few more options.

The ability to map anything to any button - yes, you can change that DPI button into something else entirely - and multiple DPI profiles to tweak with tiny settings adjustments available, well, it's more than enough to satisfy even the pickiest of gamers. No matter how specific you like your DPI settings or your button layout on your mouse, as long as you're satisfied with fairly few buttons, you'll be satisfied with what the Burst Pro offers. 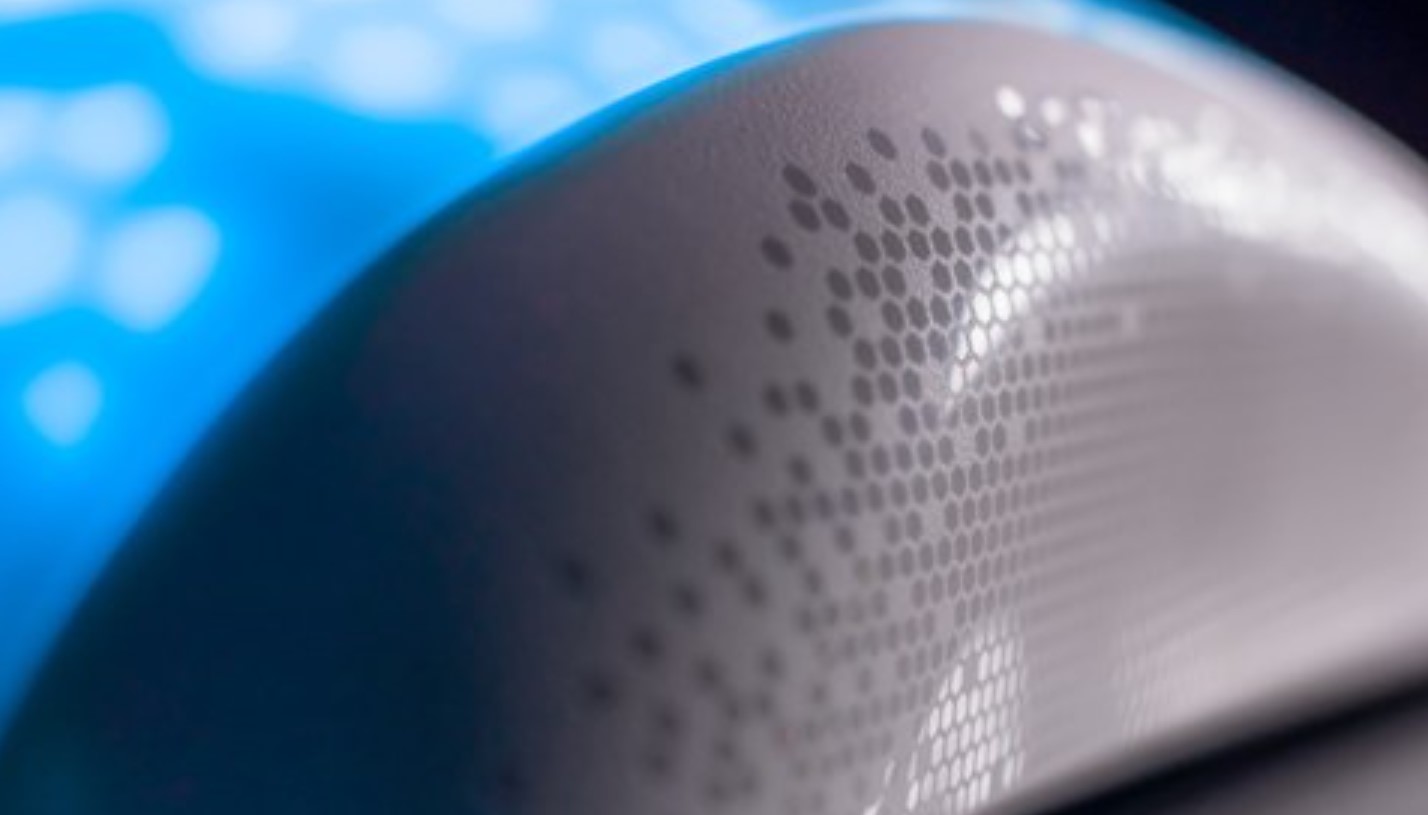 The Roccat Burst Pro is basically as simple as you can get with an RGB mouse which is aimed at competitive gaming. It has a plain and simple button layout and a plain and simple list of features - but what it has, the competitive gamer will use. That's the point. It's lightweight, comfortable, and incredibly responsive thanks to Roccat's Titan optical switches. Can I even tell the difference between these switches and something mechanical? No, I absolutely cannot, because to me it just feels like a mouse click, but I know it does what I want it to 100% of the time, and I often forget the cable is even there, and that's saying something.

I personally am a little bit disappointed with the generally lower build quality over other Roccat products, but I also recognize it has all been done with a light form factor primarily in mind. If you're looking for a lightweight mouse with no compromises to meet that goal, then the Roccat Burst Pro is an excellent choice. If you're looking for something that feels a bit more "substantial" or fancy, then you might want to look elsewhere.

The Roccat Burst Pro has made all the sacrifices necessary to create a mouse that is as light as possible, while still sporting the RGB frills. What we have in the Burst Pro is a very competitive gaming mouse which is lovely to use, but can feel a little bit cheap. Still well worth the price if you demand a light mouse that has everything you need to stay competitive in FPS, strategy, and MOBA games.