There is something to be said for a piece of hardware you don't even think about. Just sitting down, using a piece of hardware, whether it's your phone or camera, or indeed keyboard and mouse, and using it without a single moment of hesitation or frustration. We've all owned a phone that started to slow down and flash up random errors. We've all had a mouse with a bum scroll-wheel. We've all heard a game console begin to sound more and more like a jet engine as it ages. When technology doesn't work as intended, if you have to even consider the hiccups and frustrations as you use it, it's devastating, to your own morale and your opinion of whatever you are using. This is why we have to stop, slow down, and give some major props to the pieces of tech we use which just work instantly, with little to no thought required. And the Roccat Vulcan TKL Pro is the kind of hardware that achieves exactly that.

But it's in a slightly odd position. The TKL Pro actually boasts several features we haven't seen in other keyboards, Roccat or otherwise, though the difference to your typical typeaholic or gamer won't be so blatant. But regardless of whether you can tell the difference between Roccat's mechanical switches found on the Vulcan 121, or the new Titan Optical Switches on this Vulcan TKL Pro, it's impossible to deny that using it is exactly the experience you're looking for.

The Vulcan TKL Pro takes after the Vulcan 121 in many ways. The brushed aluminum faceplate which adorns the top of the device and can be seen just underneath the keys is essentially the same aesthetic template the 121 set out, and even the volume wheel is pretty much the same. But don't fix what isn't broken, right? And the changes that have been made to this keyboard are, broadly, for a more focused, precision experience.

What I'm essentially getting at there is that if you tend to spend a lot of time at your desk typing or working, then the TKL Pro might not be for you. The "tenkeyless" experience is one aimed at gamers, primarily. The loss in width might not be worth the loss in productivity, especially if you find yourself reaching for those keys while using spreadsheets, or setting up macros for those more intense titles. But it works wonders for both portability and gaming.

In general, losing the keys to the side of the device takes the size and shape down, but also focuses the experience. "Extra" numerical keys are unnecessary unless you're playing a game where you need extra keys for your macros - though if you're trying to play more fast-paced games with high-stakes, such as Counter-Strike, Rainbow Six Siege, or Apex Legends, you need the essential keys, not superfluous ones. The TKL Pro, combined with Roccat's software, allows you to customize your layout and your key set-up, making it simple to program your keyboard for multiple games, and even have specific RGB lighting for each profile, highlighting which keys are most important.

In terms of design, this makes the TKL Pro laser-focused on gamers, and especially gamers that wish to perform at a high level. Combine these nice little features with the overall more portable form-factor and detachable cable, and you have a recipe for tournament success. Though, by making the cable detachable, they have also opened up a fresh problem. When the strong, braided USB-C cable is attached, it does feel as if it is firmly linked to your PC, and if you pulled at the keyboard accidentally, it feels as if the cable would hold fairly firmly tight. However, when many tournament-level keyboards have firmed connections, including either magnets or a firm screw to keep them in place, this feels like a step back. Odd, considering this keyboard does feel, as I said, laser-focused in so many other aspects. Having your cable pull out during an important game could easily have you swearing off these types of connections for life.

But assuming you're not likely to yank your cable too hard or move the position of your keyboard too often, then you can't complain about the design and aesthetics of this device. The low-profile design makes it comfortable to type on, though I do, at times, wonder if I would prefer a larger keyboard with a wrist-rest. But again, I would think that, given that I spend so much more of my time at a PC typing and working rather than gaming.

Interestingly, or perhaps purposefully, there isn't much special about the functionality of the Roccat Vulcan TKL Pro. This is a very straightforward keyboard, offering quality build quality and design. You can, of course, use this keyboard in conjunction with the Roccat SWARM software suite, which gives you a few extra features. We've already mentioned the ability to save your keyboard layouts, change key illumination, and of course, it includes full RGB lighting, which you can sync with other Roccat devices in the AIMO range with this software. Using the software you can change and test the repeat rate of your keys, and add artificial typing sounds to your click keystrokes - effective with a headset, though questionable whether it's actually necessary in any way.

This keyboard just covers the basics with aplomb, though. You might not often find yourself booting up the SWARM software and making adjustments, but you are likely to enjoy the perfect distance between the keys, smile a bit at the colored glow each key leaves as you type, and of course, marvel at the simplicity of it all. But as I said in the intro to my review, a piece of hardware is often best when you don't even think about the process of using it. The Vulcan TKL Pro can sit perfectly into your routine with few changes. It just works, and that can definitely be said of the new optical switches.

The new Titan Switch Optical is simple and precise - it knows "at the speed of light" when you press a key, and that information instantly gets delivered to your PC. At least, that's the marketing message. In reality, you're unlikely to notice a difference between the speed and latency between this keyboard and other wired devices, but again, it's impossible to ignore the fact that what it does, it does incredibly well, and won't disappoint.

I love the Roccat Vulcan TKL Pro, I truly do, but I love it with caveats. While I adore the form factor and I quickly came around on the tenkeyless design despite my initial hesitations, I still don't consider this to the definitive typing experience, not even from Roccat themselves. I adored the Vulcan 121, and if you're going to be sat at a desk and doing a lot of work, that is still the keyboard I would choose to work with.

However, if typing and work isn't a concern for you, if you're all about the games, have a small desk, want portability, or any combination of the above, then the Vulcan TKL Pro is made for you. This is a device made for that subset of the audience, made for the gamers and those who like to compete with their PC FPS titles. For those people, this product is pretty much perfect. 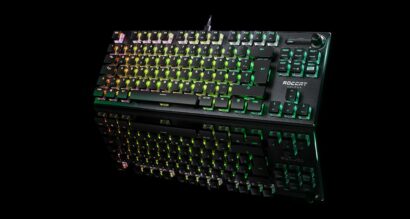 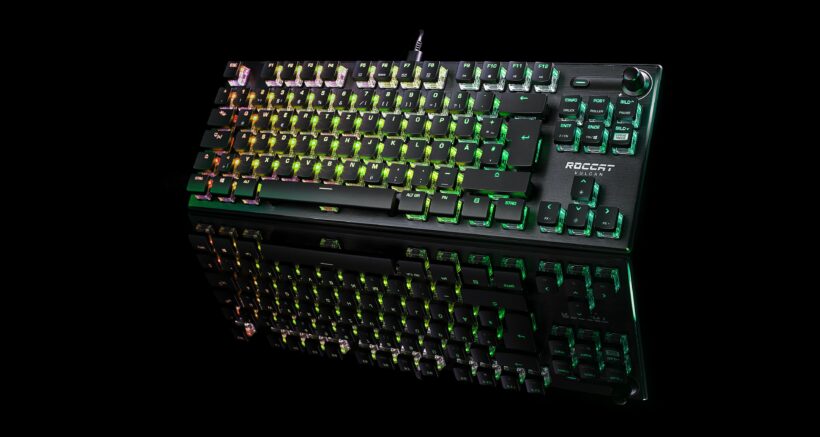 The Roccat Vulcan TKL Pro is Roccat purposely aiming their hardware at one kind of consumer: the gamer. What it loses in keys and size when compared to others in the Roccat line, it makes up for portability and a laser-focused target audience. If you're serious about your competitive PC games, this is an excellent keyboard for you, but if you're also going to be doing a lot of traditional typing and spreadsheet work at your desk, then a keyboard with those extra keys might be more worth your money.

How to Add an Escape Key to Your iPad, iPad Air, Pro, mini