This review is of a Kingston SSDNow M.2 SATA SSD 240GB drive which was provided by Kingston for review purposes.

My second Kingston review this month and coincidentally, the second Kingston thing I’ve ever had! This time we’re taking a look at one of Kingston’s M.2 SSD’s, marketed at system builders although available to all.

M.2 occupies a slightly odd place on the drive connection method pantheon for me. For home computing I’d been stuck on physical platter based drives for years, although I’d had enough SSD based laptops to know what kind of performance I was missing out on. The thing is that I didn’t really do huge amounts of gaming on PC until the last few years so up until this point, the massively higher cost per GB just wasn’t something I was prepared to pay to save a few seconds on boot up.

As such, I only really took the SSD plunge at home properly last year with a Samsung 850 Evo 1TB drive. It’s a great drive and boot times are of course the highly noticeable improvement. Game loading times are also decreased, but as time marches ever onwards and games get continually larger, even this I’ve noticed has occasionally had me sitting around longer than I’d hoped I would be at game loading screens. 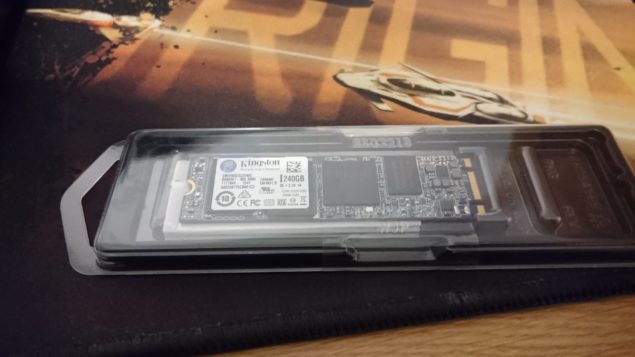