Resident Evil 7 was a major gamble, introducing a bold new setting, mechanics, and concepts to Capcom’s then-flagging horror franchise, and thankfully, the big bet paid off. Since then, Capcom has largely been coasting on the momentum RE7 provided them with a series of well-made but not-terribly-risky remakes. Well, the time for playing it safe is officially over, as Capcom delivers its true follow-up to RE7 this week! Prepare yourself for Resident Evil Village.

Resident Evil Village returns to first-person perspective and the story of Ethan Winters while pushing the series’ presentation to a new level and introducing a varied new gothic-tinged world to explore. RE Village certainly doesn’t lack ambition, but following up on a horror classic is never easy. Is this the next great Resident Evil game, or has the series got itself stuck in the woods yet again? As always, grab yourself some green herbs and get ready to delve in…

Resident Evil Village picks up with Ethan and Mia Winters now living a life of relative domestic bliss in Europe with their new baby daughter Rose. Ethan is having trouble forgetting the horrors of the Baker compound, but otherwise, everything seems to be going well – until Chris Redfield shows up, pops a half-dozen caps in Mia over the Winters’ dinner table, and kidnaps Ethan and Rose. Unfortunately (Or fortunately?) Chris’s mysterious scheme goes awry somehow and Ethan awakens alone on the outskirts of a very messed up village overrun by werewolves, vampires, sea monsters, creepy dolls, and other assorted horrors. Ethan doesn’t know what’s going on, but he does know he’s going to get his daughter back.

Resident Evil Village kicks things off in style, with the game’s intro delivering plenty of mystery, solid character moments, and tension. From there, Capcom weaves a gloriously campy, overheated, Hammer-Horror-meets-Cronenberg epic. Without giving anything away, Village serves up plenty of twists that not only tie the game to the greater RE mythos in interesting ways but challenge what you thought you knew about the world of Resident Evil Village and RE7 before it. No, this isn’t The Last of Us, the story is not high art, but it’s one of the most enjoyable RE yarns to date in its own goofy way.

The world of Resident Evil Village is further bolstered with impressive visuals, featuring intricately detailed environments and ray-tracing-enhanced lighting and reflections. HDR is pushed hard, giving the game a saturated, warm look in places like Castle Dimitrescu and a stark, icy cool chill in the titular village. Every area in the game has its own unique look and feel. Ray-tracing isn’t used in an overly flashy way but enhances the game's overall look nicely, usually without a major cost to performance (I only noticed a small handful of momentary framerate dips).

If you’ve survived Resident Evil 7, you know the basics of what to expect from Resident Evil Village. While the game is first-person, this is not a full-on shooter. Ethan moves and maneuvers rather slowly, but thankfully, you do have a handy block button for fending off enemies that get up in your face. Crafting of healing items and ammo returns from RE7 and a RE4-style merchant named The Duke has been added. The store is a welcome return, featuring a wider range of weapons and upgrades to collect than in any previous RE game. You can even do a little hunting and get The Duke to cook up some tasty recipes that will permanently boost Ethan’s abilities.

In terms of level design, Resident Evil Village is a mix of notes, some pitch-perfect, some a bit flat. Let’s get the biggest disappointment out of the way first – the game’s titular village isn’t terribly groundbreaking. Your introduction to the village is effective, and it’s used well in a late-game sequence, but overall it’s not as large or open as I was hoping it would be. No moment in this game’s village rises to the level of that unforgettable first encounter with the possessed townspeople of Resident Evil 4. Everything just feels a bit hemmed in. But really, the village is just a hub and in that regard, it does its job perfectly well. Just don’t expect Village’s highlights to take place in its actual village.

Thankfully, the areas the village connects to are often very good. RE Village is roughly split into four main areas in addition to the village hub, each ruled over by one of the “Four Lords” who serve the mysterious Mother Miranda. There’s the stylish and imposing Alcina Dimitrescu, ghostly puppeteer Donna Beneviento, twisted Lovecraftian beast Salvatore Moreau, and smug werewolf-commanding Karl Heisenberg. Lady Dimetrescu’s legion of, uh, admirers will be happy to know her section of the game is fantastic – a theatrical romp through a lavish castle that mixes atmosphere, action, and exploration in just the right proportions. Even those not into Lady Dimitrescu’s whole thing will have a blast running from her as she swoops through the halls like an infinitely-more-glamorous Mr. X.

Once you wrap up Castle Dimitrescu you’ll visit the deliciously creepy House Beneviento, where you’ll have your weapons and items stolen, forcing you to survive on just your brainpower. This section of the game is reminiscent of the opening of Resident Evil 7 or atmospheric indie horror games like Layers of Fear or Visage and honestly gives them all a run for their money in terms of tension and disturbing imagery. Personally, I would have liked to see more sequences like this spread throughout Resident Evil Village, but this one section is all we get.

Really, this is my only major issue with Resident Evil Village. The game is so eager to get to the next thing, the next idea, that sometimes it discards things that are working a little too quickly. After the excellent Dimitrescu and Beneviento stages, the game goes a bit slack for a few hours. Salvatore Moreau’s section is unique from a gameplay perspective, as you have to scramble over the rooftops of a flooded village in order to avoid a giant sea creature, but the area’s visually grungy and lacking in atmosphere. Meanwhile, the Heisenberg’s Factory area is more or less your typical action-heavy Resident Evil fare. Don’t get me wrong, neither of these sections are bad. RE fans will likely still enjoy them; they just don’t quite measure up to Village’s best moments. Speaking of best moments, the game rallies in its final hours, delivering a memorable finale filled with twists, turns, big bosses, and crazy setpieces.

Ultimately, Capcom knows when to deliver its big punches, and it begins and ends RE Village with a proper bang. They also leave players with some nice treats after the credits roll, including a solid new incarnation of Mercenaries mode and tons of concept art and extras with interesting behind-the-scenes details attached. You’re left with a game that feels like a high-class horror buffet. The game throws so much at you over the course of its packed 12-to-15-hour campaign that you’re guaranteed to find plenty to enjoy, even if there’s a few things you may be tempted to push to the side of your plate.

This review was based on a PS5 copy of Resident Evil Village provided by publisher Capcom. You can grab the game on PC at a small discount from Green Man Gaming. 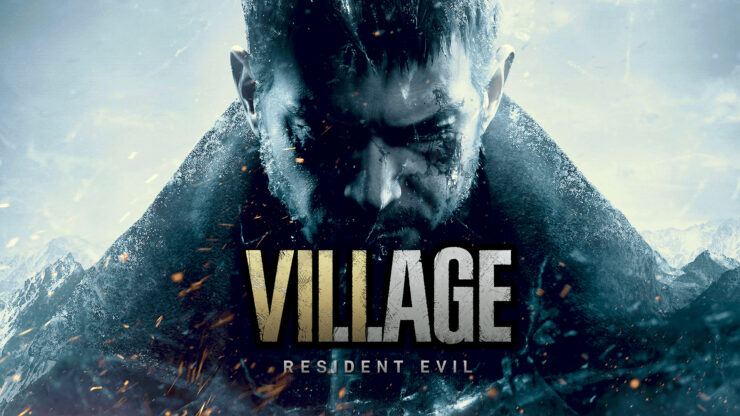