I can remember first playing Resident Evil Revelations on an original 3DS, with a massive Circle Pad Pro attachment, to give that dual-stick experience on a handheld. Playing it on the Switch now, well, we’ve come a long way. On Nintendo’s modern handheld, playing is such a revelation (ha). It’s much more comfortable, and looks so much better, though, that’s not to say the game isn’t showing its age somewhat. For the most part, it looks and feels like a modern console game, but in a few areas, it makes it clear that this game was originally built for the 3DS. 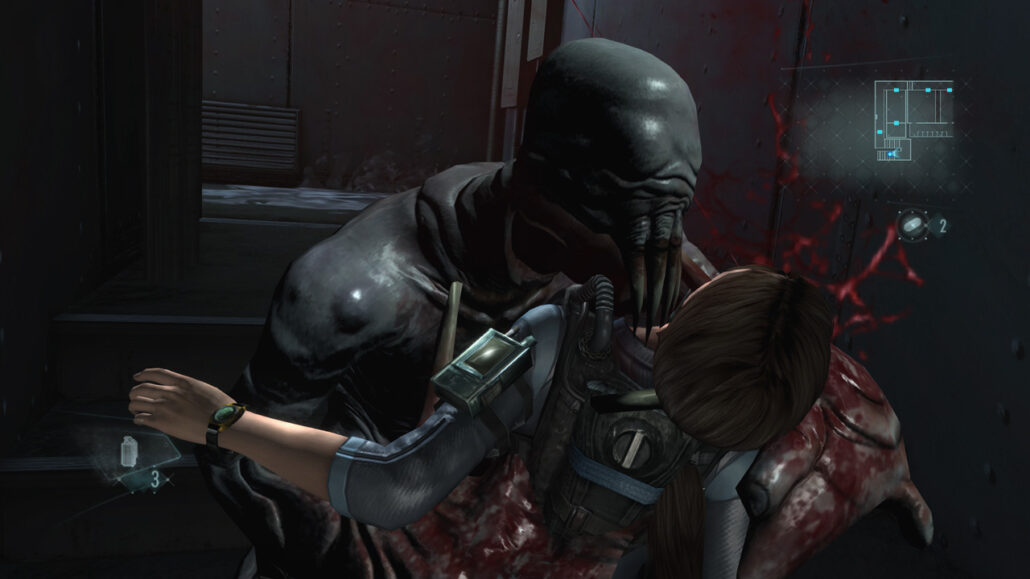 Jill Valentine and her partner Parker have been called out to the Queen Zenobia, where they believe old pal Chris Redfield has gone missing. It doesn’t take long to discover a brand new virus, the T-Abyss virus, wreaking havoc on the ship and transforming many of the former passengers and crew into, well, the usual disgusting slimy monsters you would expect, frankly. It doesn’t take long before an organization known as Veltro claim responsibility for the virus, as some sort of complicated revenge plan for what happened to Terragrigia, a city that got destroyed for another very complicated reason. 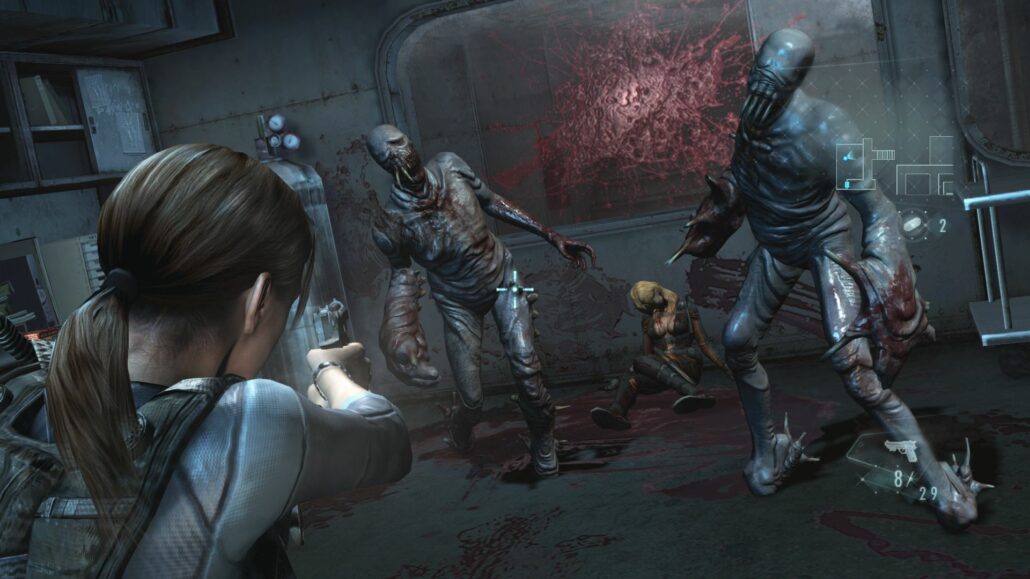 The Queen Zenobia is in no fit state to sail - she barely floats - and Jill and Parker travel around the ship fixing engines, restoring power, and slowly putting together the mystery of what happened here. Everything plays out in a way which feels more similar to the original Resident Evil game than any of the over-the-shoulder iterations of the series. Instead of following a fairly linear path, you can roam large sections of the ship, collecting specific keys (buoy key, anchor key, wheel key, etc.) which open doors which can be either necessary for progression or hiding random extras such as ammo or documents to flesh out the story. Moving around this central location and visiting random rooms and solving minor puzzles harkens back to the original Spencer Mansion in more ways than one.

But also, backtracking can get more than tiresome. You’ll see certain rooms on this ship over and over again, and most of the time, you’re just running through, not stopping to complete any sort of challenge. Navigating the ship is definitely the most frustrating part of the Revelations experience, because the rooms are often symmetrical, with similar designs, and the 3D map doesn’t help you orient yourself too well. 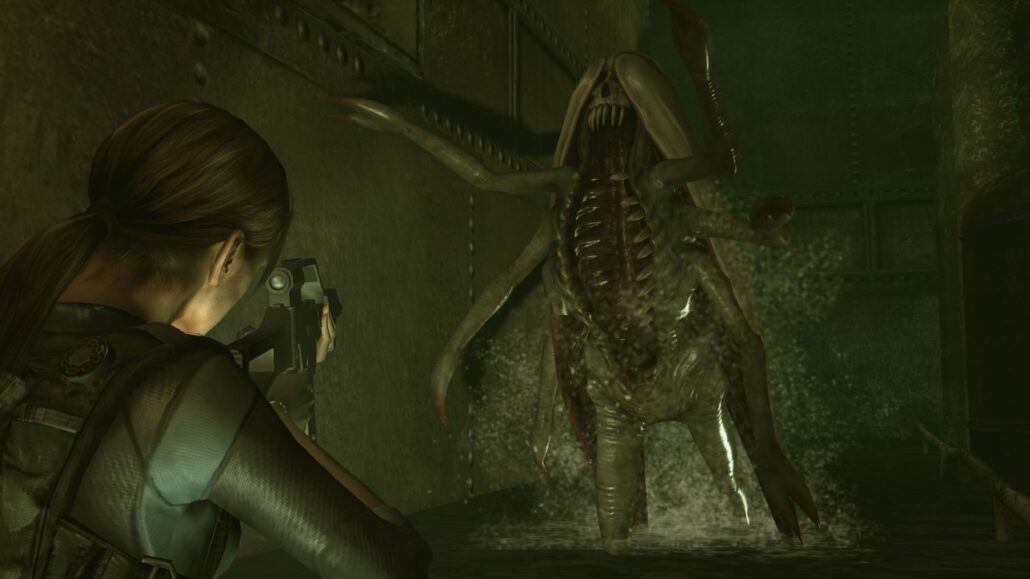 The whole game doesn’t take place on the Queen Zenobia though, there are also instances where you play as Chris or other members of the BSAA squad as you follow them completing recon tasks elsewhere in the world, again fleshing out Veltro and the truth of what happened during the Terragrigia incident. In many ways, the game is more about the survivors of the Terragrigia incident looking for closure on a traumatic part of their lives - Jill and Chris honestly just seem to be here so it can all tie back into the Resident Evil canon neatly.

The game shows its age in some of its stage design, where claustrophobic corridors only really function as easily loadable sections that the 3DS could quickly render. Playing Resident Evil: Revelations 2 will only make the original feel more aged, where it’s easier to notice some rougher gunplay and mechanics. Dodging, for example, is a bad mechanic. You just move the analog stick, like, moving, but the game will only sometimes deem you as dodging, and will other times just assume you’re moving. It’s a mechanic made for the 3DS’ singular Circle Pad for moving, and here, it just works badly.

But despite that, Resident Evil Revelations plays incredibly well, helped by a smooth 60FPS, which the game manages to target and stick at for the vast majority of play. Gyroscopic aiming controls also work wonderfully, but for some absurd reason, they do not work when using a Pro Controller. The Pro Controller definitely has fully functioning gyros which are fit for purpose, as we’ve seen with many other Switch games, but in Resident Evil Revelations, you need to be using JoyCon for gyro aiming. Honestly, it’s a big disappointment, especially since the gyro aiming actually adds a great deal of smoothness to the aiming. Without it, you’ll need to up the sensitivity, and even then, it can feel either a bit too slow or a bit too hard to control.

Despite the small issues though, Resident Evil Revelations feels like a console experience on Nintendo Switch. Crisp resolutions and a high framerate add loads to the experience, and Raid mode is here for anyone that wants to keep playing after the campaign is finished, allowing you to partner up with people online - though, from what I saw, it might be difficult to find players.

Review code provided by the publisher. You may purchase the Resident Evil Revelations Collection via Amazon.

Resident Evil Revelations on the Switch is a great campaign to run through, and a fun online mode to spend time with if you’re still hungry for more. It feels a little bit aged now, years on from its original release, but it plays better than ever on Nintendo Switch thanks to gyro aiming, high framerates, and a crisp, sharp resolution. Well worth jumping in for Resident Evil fans and anyone looking for a fun, handheld shooter campaign.