Last year, peripheral manufacturer PowerA released its enhanced wireless Nintendo Switch controller as a cheaper alternative to Nintendo’s Switch Pro controller. Ahead of this year’s holiday sales offerings, we thought it would be useful to test whether PowerA’s semi-pro offering can give Nintendo’s Pro controller a run for its money.

The following items are found in the controller’s box:

The first thing I noticed is that PowerA’s wireless Switch controller is powered by 2 AA batteries instead of an internal rechargeable battery. Personally, I find relying on batteries a big disadvantage due to having to swap them for fresh ones during playing sessions. Luckily, the standard batteries that PowerA provided lasted for roughly 28 hours so there’s some comfort at that point. 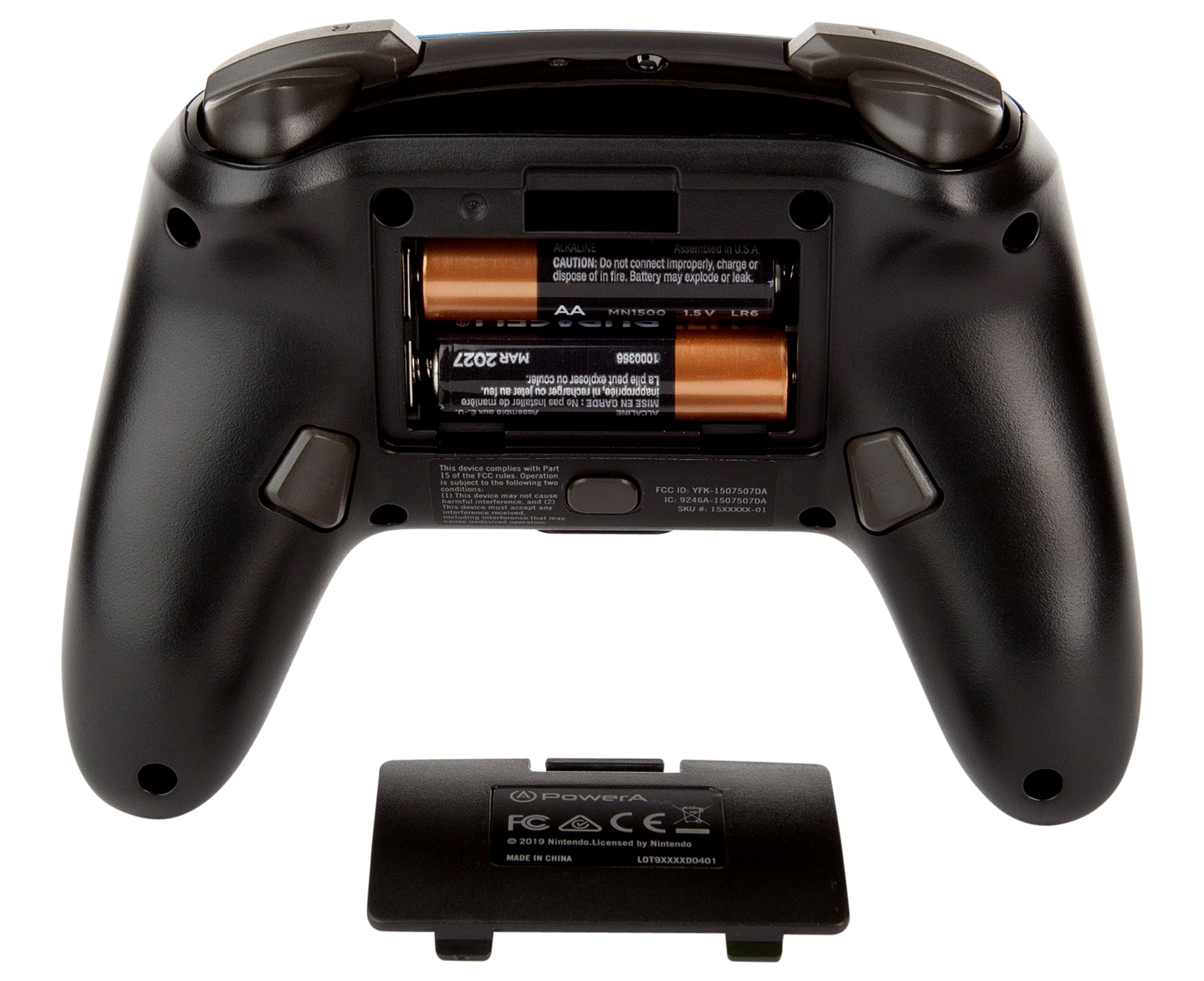 This ‘enhanced’ wireless controller comes with 2 programmable buttons on the rear which can easily be programmed as any of the controller’s face buttons. These ‘Advanced Gaming Buttons’, as PowerA calls them, allow players to keep their thumbs on the thumbsticks for faster response times.

Like the official Switch Pro Controller, PowerA’s controller features full motion support. However, it lacks the HD Rumble and NFC features that Nintendo’s official controller does.

PowerA’s wireless controller is currently available in 27 designs, including designs matching the Nintendo GameCube controller. I was given the ‘Satin Chrome Zelda’ edition for testing, but I can imagine that some might opt for a cleaner and more uniform design to match their entertainment setup. As this is merely a matter of personal taste, I will refrain from rating this particular design.

Having picked up the wireless PowerA, I was surprised by its weight – the controller is incredibly light, which initially made me doubt its build quality. However, after many hours of play, it appears that my fear was unfounded – the controller feels solid and lies comfortably in the palms of my (larger) hands. The buttons and the two control sticks are responsive and smooth to the touch.

Since the Switch's launch back in March 2017, I've tested various other 3rd-party alternatives but I can safely say that the PowerA is one of the best out there. Its light weight allows me to play for many hours straight without straining my hands or fingers and the performance of the motion control is on par with that of the Pro controller. Also important to mention is that I haven't noticed any noticeable input lag when using the controller. 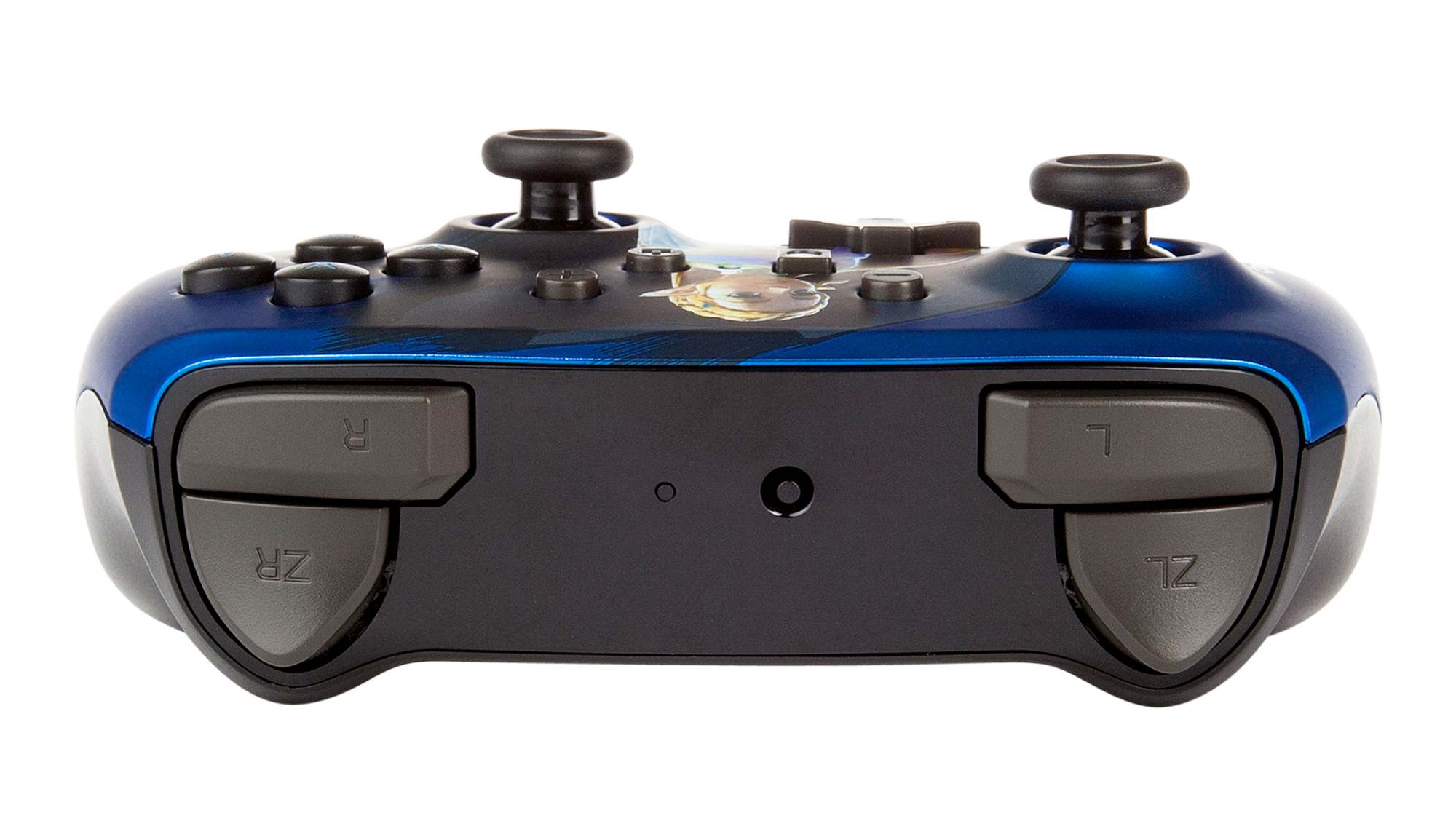 PowerA’s Advanced Gaming Buttons at the back of the controller work like a charm. I’ve tested out these two additional programmable buttons with several games, including Super Smash Bros. Ultimate, and I’ve found that using one of them to Jump (X or Y by default), makes it much easier to pull off attacks in the air due to not having to move your thumbs away from the face buttons.

Configuring the extra buttons is a breeze and can be done by holding down the controller's configuration button on the back. Once the red flashes, press the shoulder or face button you want to mimic, then press one of the programmable buttons and you're good to go. The PowerA remembers your configuration once powered off so you don't have to worry about configuring the buttons each time you starting playing again.

For me, the only downsides of this controller are its lack of HD Rumble and the use of batteries. Not feeling that familiar feedback when playing titles Super Mario Odyssey and Mario Kart 8 Deluxe was weird at first, but I got used to playing without the feature pretty quickly.

In addition to not supporting HD Rumble, the PowerA doesn’t support NFC for scanning Amiibo’s, which might put off fans of Nintendo’s toy-to-life platform.

If you don’t care about using batteries, HD Rumble and NFC support, the PowerA Wireless Switch controller is a great semi-pro alternative to the more costly Switch Pro controller or as a second wireless controller for co-op couch play.