By this point, the Planet Zoo DLC designers know exactly what the players want. They want new animals, new zoos, and new cosmetics to highlight them both. They have perfected these functional packs across seven drops since its launch in 2019. The Planet Zoo Africa Pack is yet another glorious success for the fantastic Planet Zoo game and its incredibly supportive community. But does it offer enough to entice new players to the game?

It’s a commonly known fact that the cuter and more beautiful animals do better when it comes to conservation. Take a look at any animal charity, and you’ll see lions and tigers and (panda) bears – oh my – splashed across their front pages. These adorable, mysterious, and often incredibly dangerous animals are nearly always the focus of all coverage, charity, and support when it comes to the public, despite the despite pleas of the workers who just want to keep some giant eared bat alive. The developers at Frontier knew this going in. They knew that players would want to adopt and care for the most adorable, most popular animals, so they included them from the very beginning. With a little practice, you’ll be tending to every need of giant and red pandas alike. But they did more. Zoos are big places, and you’ll find your exhibits filled with snails and ants and more than just the fuzziest of creatures.

The Planet Zoo Africa Pack does the same, and as soon as you own it, you’ll get the chance to include the fennec fox, African penguin (I didn’t know they existed either), and the incredibly popular meerkat. But it also includes the less cute and the more smelly. The rhino might be a well-known creature, but its thick hide isn’t as nice to stroke. The Africa Pack also includes the scarab beetle, which includes so many jokes it's hard to pick just one. But this inclusion of the beautiful and ugly is perfect for the game that does so much to teach players about conservation and wildlife. Each creature's zoopedia entry could be used as a script by David Attenborough and you won’t even notice. 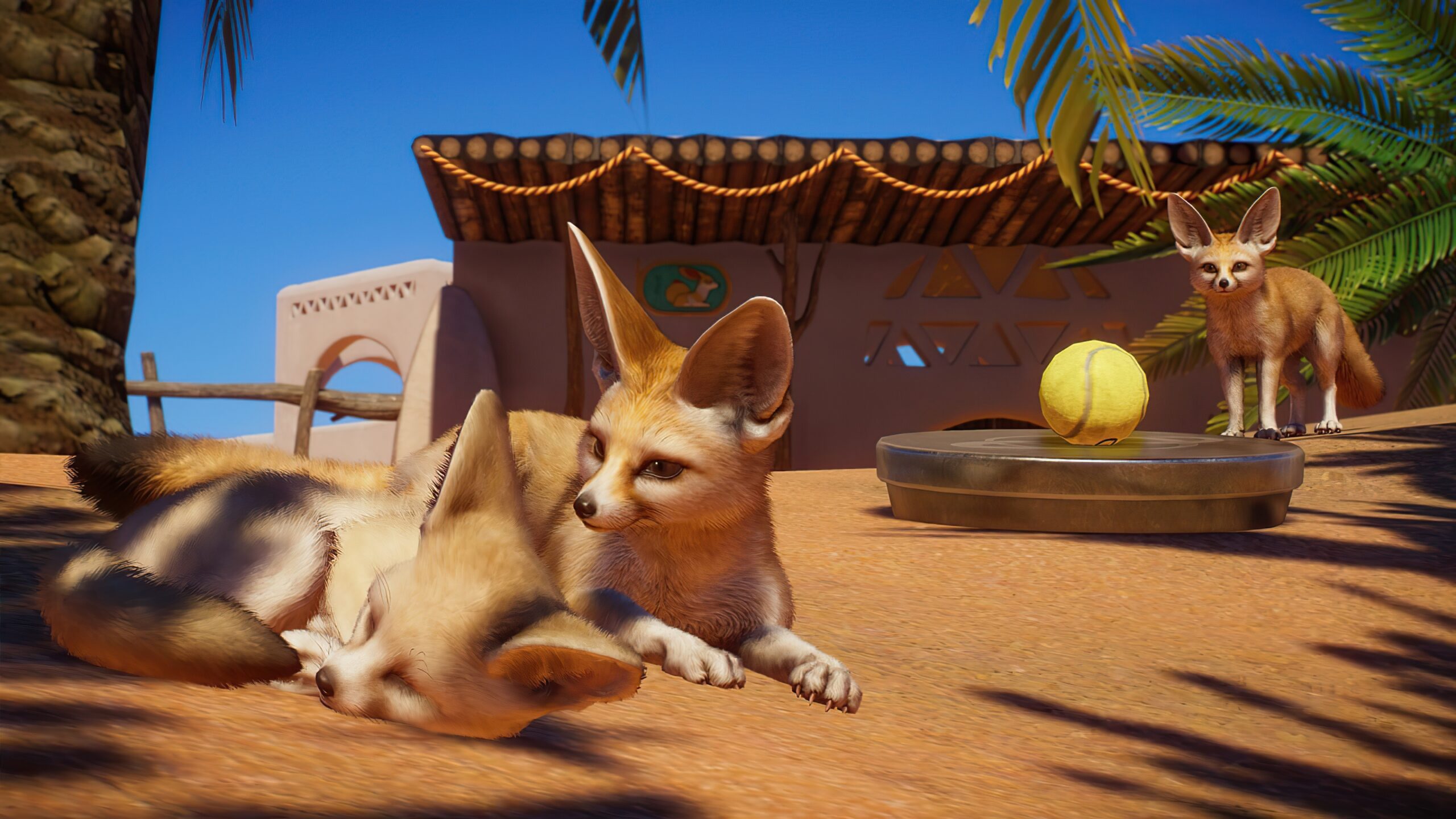 Each creature has clearly be studied intensely before inclusion, with fantastic animation and realistic features that stand out against the more cartoony design of the world and the guests at your zoo. Like all the other creatures in the game, they are a genuine delight to behold, and you’ll often be tempted to go watch them wander when you should doing important management. And like any animal in Planet Zoo, these five new species each have their own unique balance of requirements and challenges in maintaining their welfare and health. But, like all the other DLCs released so far, these creatures do not change the game's core mechanics.

That isn’t to say they should change the mechanics of the game, though. Planet Zoo is a fantastic management game as it is, which is why it's hugely popular within the genre. But there is a lot of management to handle when playing. On top of the animals, you’ll have to look after the zoo's infrastructure and finances, the staff and their research, and the guests too. You can adjust the settings and make it easier or harder for yourself, but regardless, you will be doing a lot of managing. For players that want to run a zoo but don’t want the hassle, this DLC doesn’t offer anything more except more animals you’ll be worried will suffer. For people looking for even more systems to interact and overlap, this pack, like all the others, leaves you with the same structure you’ve always had. But for those who love Planet Zoo or those who have longed to get into the game but have just been waiting for their favorite poop rolling beetle to be included, this pack offers many more reasons to play.

And these packs come with more than just animals too. The scenery pieces included have so much creativity and versatility to them. For those that don’t want to create their own structures to make their zoo prettier, the game has a lot of preconstructed blueprints to play with, but there is a lot of opportunities to build your own as well, amusing you can find time between all the other work you have to do. These designs are pretty, cartoonish, and slightly stereotypical but in the harmless way that you might expect a large commercial project like a zoo to undertake, so they’re very accurate.

You can even see them shown off in the new Challenge Zoo. For those who haven’t played Planet Zoo before, these are prebuilt zoos with plenty of room to expand and plenty of issues to fix. They are perfect for people getting to grips with the mechanics too aren’t ready to start their own business. This focuses, unsurprisingly, on the animals from the Africa Pack, and you’ll find there are already habitats for fennec foxes, meerkats, and rhinos. You’ll also have to cope with an energy crisis that will see you need to research and build sustainable energy resources on top of managing the zoo itself.

There is a lot in Planet Zoo Africa Pack for fans of the genre and fans of the game. The new animals are incredible, the new zoo lovely to explore and develop, and the new cosmetics great for including in your zoos. It might not attract anyone else to the game except the most diehard meerkat fan, but it doesn’t need to. Planet Zoo knows what it is, and the community knows they love it.

The Africa Pack includes no more and no less than fans of the series have come to expect from Planet Zoo. The quality is superb, the new additions only adding more variety to the game's complexity and adds several hours worth of challenge on top of the additions to the sandbox.