One Punch Man: A Hero Nobody Knows

The One Punch Man franchise deserves the best. As both a bald man and a big One Punch Man fan, I expect the best from this series. I've been tainted by the spectacular Madhouse anime adaptation, and Yusuke Murata's incredible manga redraw of ONE's original webcomic. Both are outstanding in their fields and showcase both some of the best animation and artistry in the mediums respectively, all held together by ONE's comedic flair and heartwarming writing. I expect the best from this series, but One Punch Man: A Hero Nobody Knows is not the best it could be. It is incredibly admirable and has some shockingly fun moments, but I can't help but come away a bit disappointed.

One Punch Man: A Hero Nobody Knows follows the story outlined by the first season of the anime adaptation. Saitama, the titular One Punch Man himself, is an overpowered god in human skin, capable of punching a galaxy into pieces if he so chose, but all he really wants is to find an opponent that will offset his boredom. In order to satisfy himself, he decides to rise through the ranks of the Hero Association, a protective police force made up of people with either an unyielding dedication to justice or supernatural abilities. Saitama meets all kinds of kooky characters in the Hero Association and finds a handful of challengers outside of it, and this is where you find yourself. 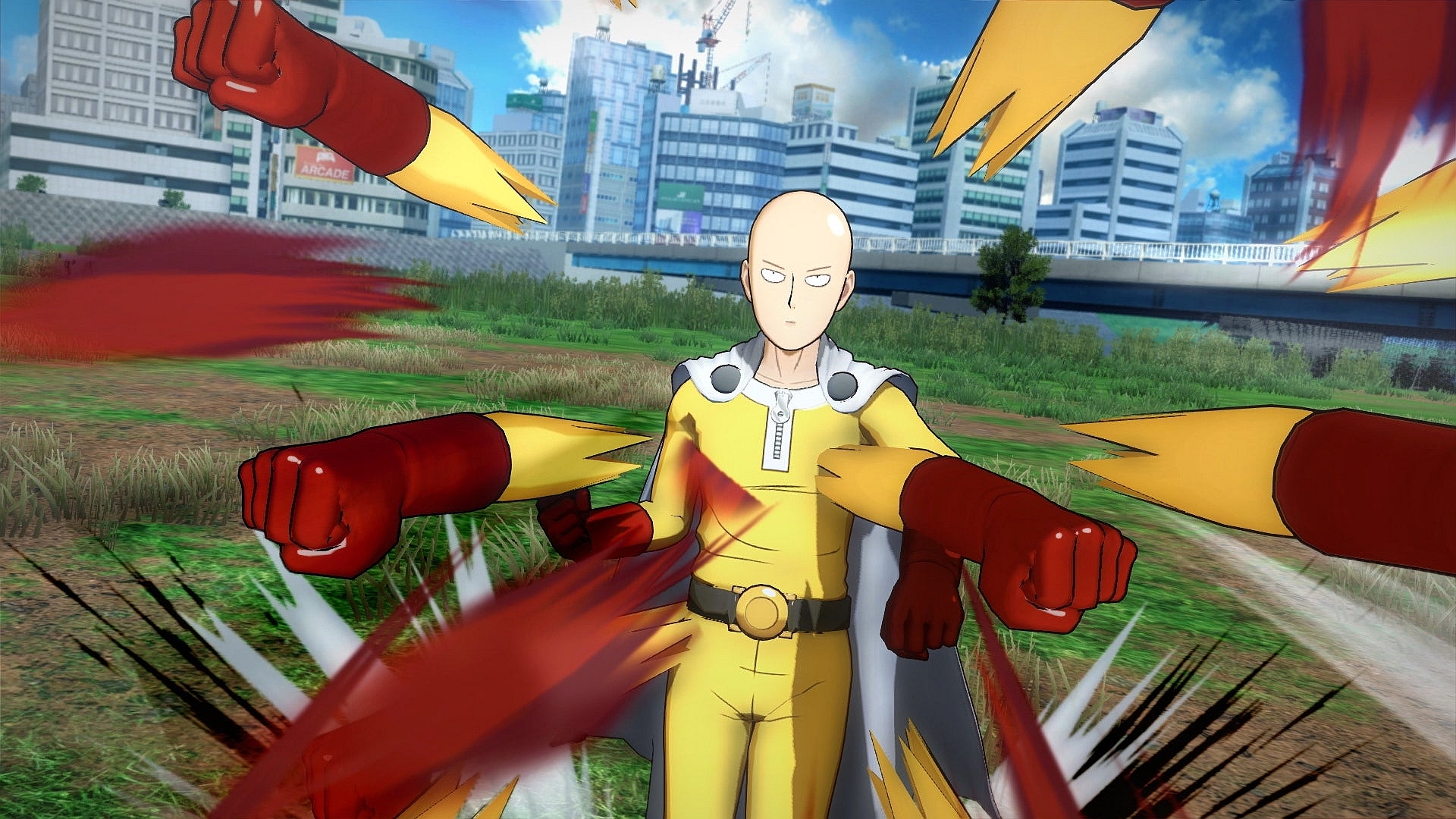 You're a brand new hero enlisting in the Hero Association, hoping to rise up the ranks and meet all of these characters for yourself. Honestly, I first went into One Punch Man: A Hero Nobody Knows expecting just an arena brawler, nothing more. What I found was a surprisingly detailed recreation of the anime story which inserts your character into the fold, filled with dozens of new character moments and a surprisingly robust combat system. More effort has gone into this game than I was aware of, but I wonder if it was all worthwhile.

While rising through the ranks you will be able to slowly uncover and explore a recreation of OPM's Japan - and that really is what it is, it's just a fictional Japan. You can walk around a small sample of a city in OPM's world, condensed for the sake of brevity, and it's fine. You will quickly feel as if your character doesn't move fast enough in the overworld, and the environments are very simple and barren. It does what it needs to - it houses a variety of side-quests and characters for you to interact with, while also allowing you to see other players who are also wandering around. I do wish all of the unlockable shops were more easily accessed, perhaps on a single street instead of dotted around the town, but it all works.

The bulk of your time playing will be spent in battle. You will have character missions that allow you to bond with other heroes, main missions, special missions (which also increase your hero bonds), and a plethora of side-quests. There are side-quests in the overworld which involve talking to people and collecting items, but most of the side-quests are found in the Hero Association menu, and it's a big variety of burglars, muggers, monsters, miscreants, etc. You will be fighting side-quests over and over, as main story missions only unlock once you have raised your reputation to certain thresholds, which keep rising and rising. You very well may spend most of your game time completing side-quests before you reach the end. 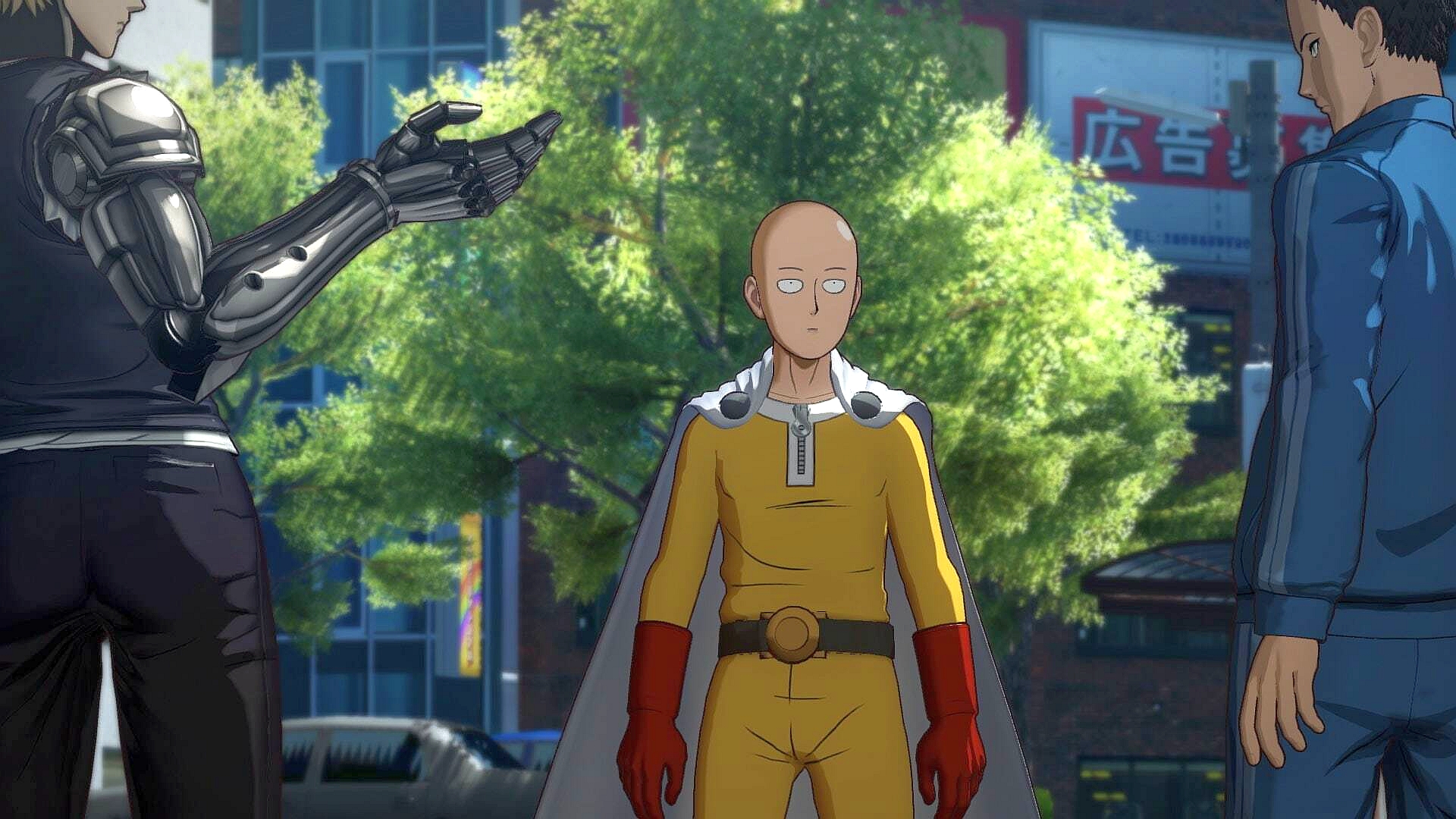 But the combat is very interesting. It is the typical anime arena brawler format, you lock on to an opponent, have a block and a dodge, you can run in quickly, jump, and you have two attack buttons, supplemented by special moves you can access by holding down L2. The problem is that each of the combat styles you unlock start out awful, with limited special moves are hardly any combo potential. But as you level them up you can use more special moves, and have access to more combos. Every combat style starts out as frustrating but evolves into something much more enjoyable as you slowly get used to grabs, combos, juggles, which special moves work in tandem, etc.

And there are several combat styles, all modeled after key characters from the OPM universe, such as Mumen Rider's standard combat style with bikes, Genos' speedy machinery, Child Emperor's backpack of gimmicks, Tatsumaki's ESPer abilities, Metal Bat's heavy weapons, Atomic Samurai's speedy weapons… There is a shockingly wide array of styles and abilities available to the player so they can build their own character. It's definitely worth switching between styles to try new things, and this helps keep combat interesting - for as enjoyable as combat can be, with all of the side-quests and slow progress to level up each style, it becomes tedious. Tedious to the point where seeing how much reputation you need to access the next story mission can feel daunting. 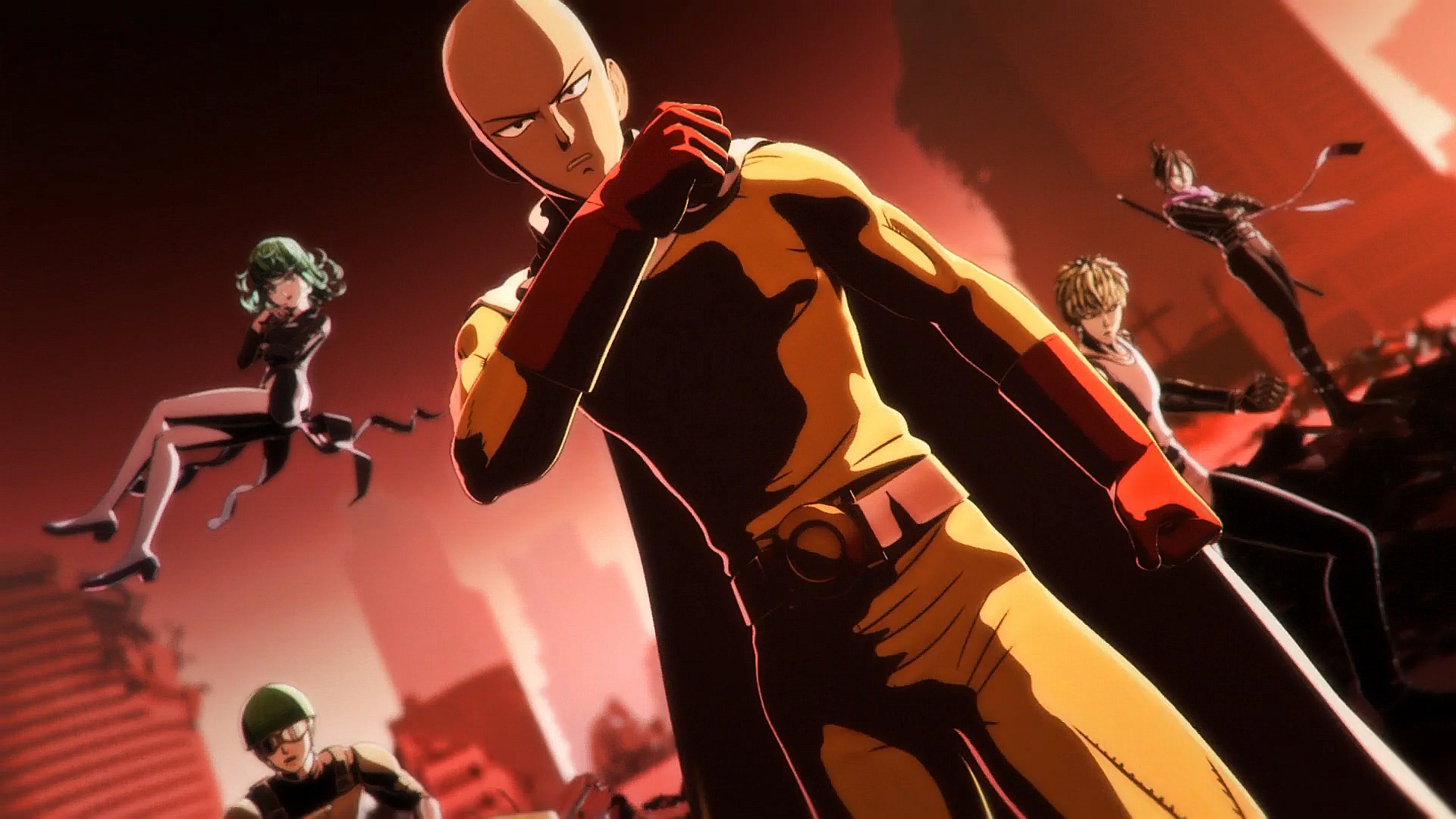 And then there's the fact that everything just feels a bit cheap. The overworld looks like a budget last-gen Yakuza clone, there were frequent framerate issues throughout my gameplay experience, and it all just looks very unpolished. Even the cutscenes that emulate the anime series, arguably when the game looks best, it still can't achieve anything close to what the original anime did. It should've just been replaced with video files. The stages you battle on also look very unpolished, and it's a good thing you won't spend too much time looking at them. Thankfully the framerate was mostly smoothed out by a recent patch, but even then you can notice stuttering in the overworld and slowdown in battle.

One Punch Man: A Hero Nobody Knows feels like a cheap adaptation, with a combat system that manages to carry the experience. Almost everything here feels like a budget game, but fighting battles and improving your character kept me coming back. This is a game with fairly significant problems, but they can be overlooked if you really want a One Punch Man experience - but not at full price. This is far from the outstanding experience I expected from One Punch Man.

One Punch Man: A Hero Nobody Knows is more ambitious than it needed to be, to its own detriment. While the main missions and combat are very enjoyable, forced, lacklustre side content spoils the pacing and makes the game tedious to play. Still very fun for the right fan, but not without a sale.