The GALAX GeForce RTX 3060 Ti EX graphics card comes inside a standard cardboard box. The front of both packages has a large "GeForce RTX" brand logo along with the "GALAX" logo on the top left corner and the card branding on the lower-left corner. The box features a whole hooded gamer vibe that GALAX has been using to market their gaming cards for a while now. 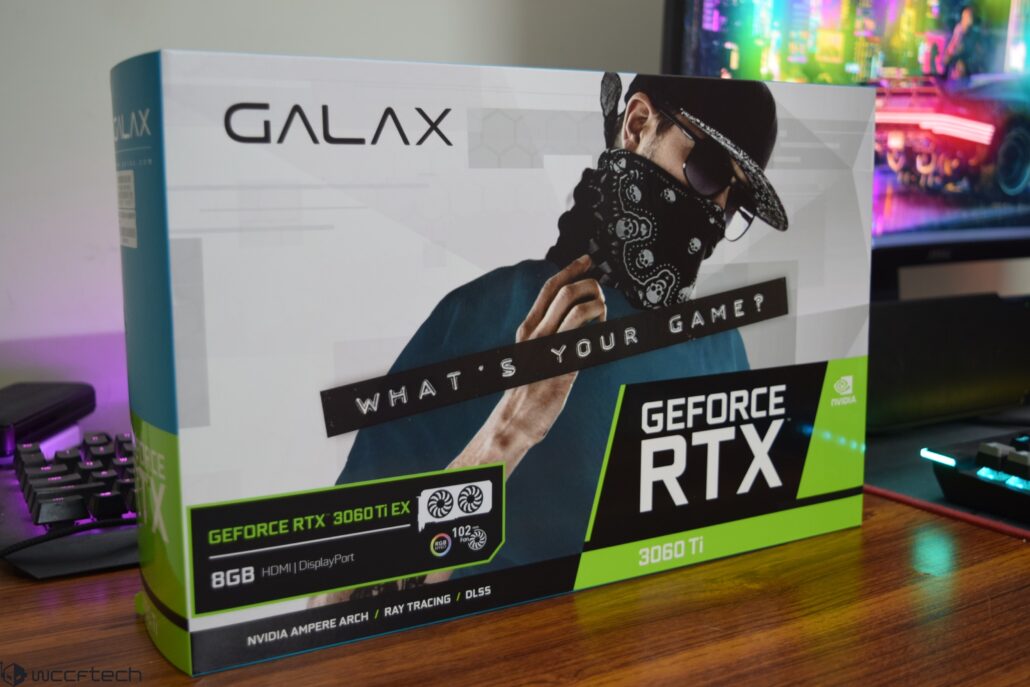 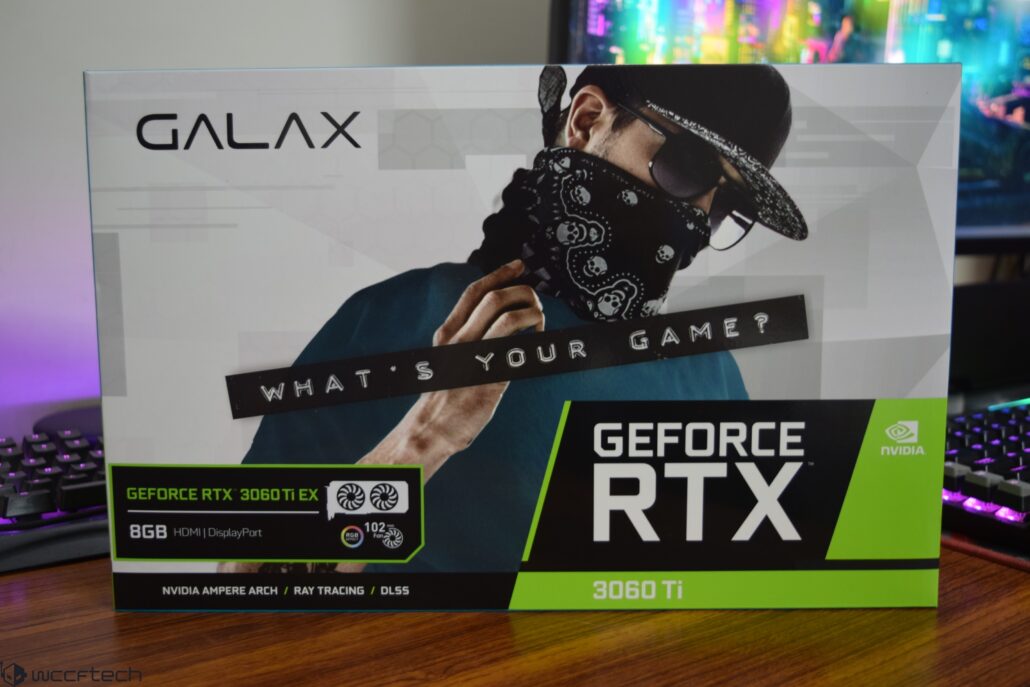 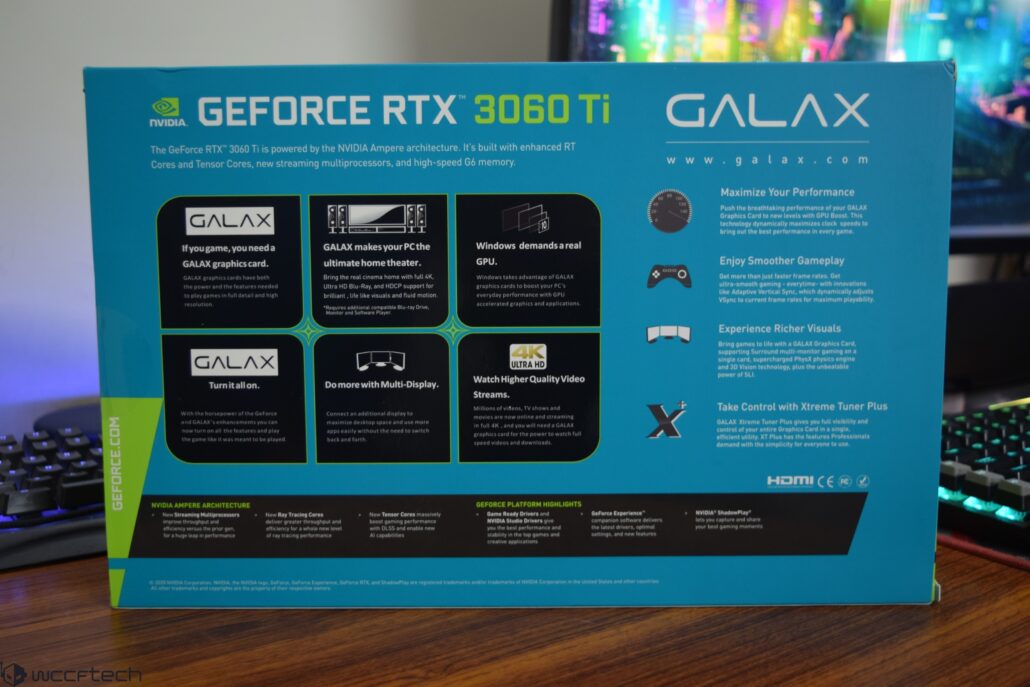 The sides of the box once again greet us with the large GeForce RTX branding. There's also the mention of 8 GB GDDR6 (RTX 3060 Ti) memory available on the card. 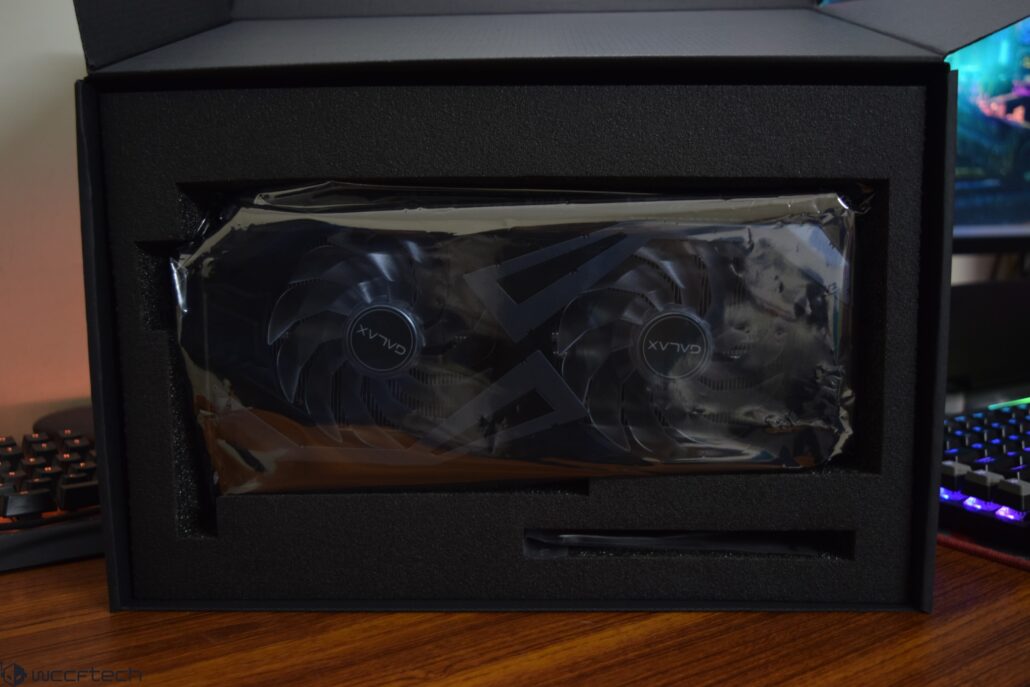 The card is nicely wrapped within an anti-static cover which is useful to prevent any unwanted static discharges on various surfaces that might harm the graphics card. The card accessories include a single ARGB header and the manuals.

After the package is taken care of, I can finally start talking about the card itself. The card comes in a standard width but feels really long due to its extended shroud design. 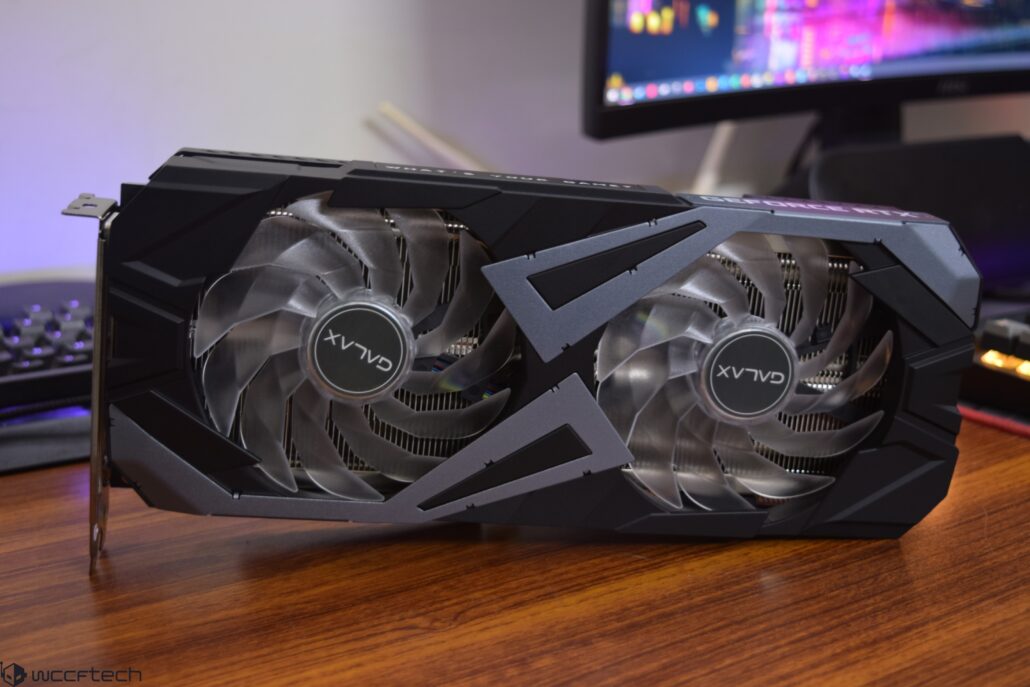