There aren't many games I can sit down and play for hours upon hours. Honestly, I feel like I need to take most games on in chunks, a few chapters at a time, for fear of burning myself out. But there are a few games where I believe I would usually follow this procedure, but I end up losing all track of time, and before you know, hours have passed, glaciers have shifted, and my free time is thoroughly spent.

That's the kind of situation I find myself in when playing Nobunaga's Ambition: Taishi. Any good strategy game where I can look down at a world and fantasize about conquering it is always good in my book. And I'll spend hours making tiny amounts of progress towards that goal, all while tilling my fields, and ensuring the well-being of my populace. 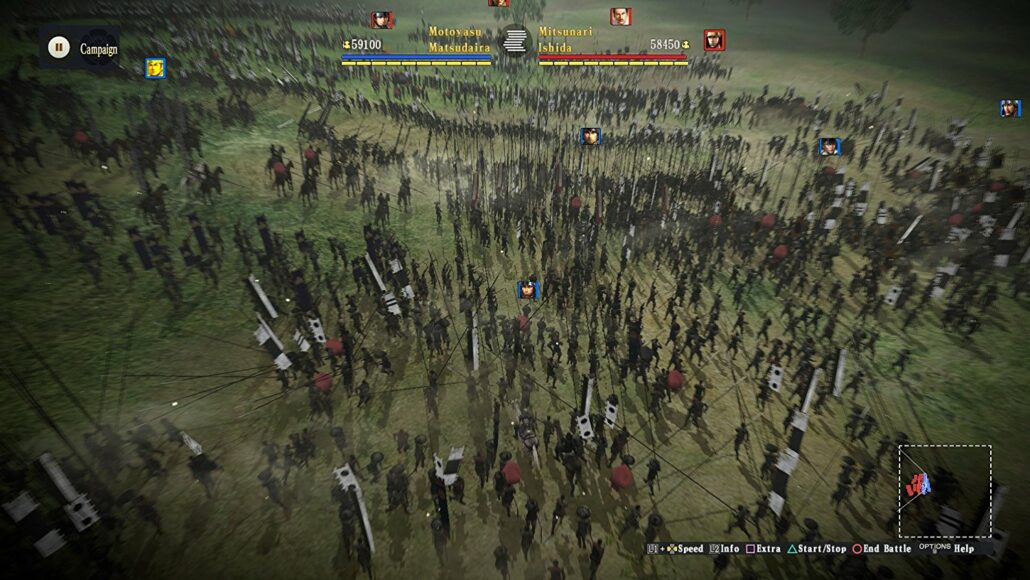 Although this game goes in depth with how your people will live, and the facilities they'll need to prosper, survive catastrophes and more, it's not actually a game about keeping people happy. Instead, it's more about conquest, such is the ambition of Nobunaga himself.

Taking place in the Warring States Era of Japanese history, in Taishi players have literally over 2000 officers to play as, many of them being real names and faces from Japanese history, and you can even create custom officers to add to your teams too. Picking a scenario from a particular time period and playing out the battles and conquests of the day that happened, you'll decide whether to make friends with your neighbors or conquer them entirely.

Making alliances and negotiating with fellow clans will be instrumen tal to your conquest. If you have good relationships with your neighbors, you'll be able to negotiate for aid in times of war, including gold, provisions, and most importantly, soldiers. When battles happen, and they definitely will, you'll want a good size army at your disposal. 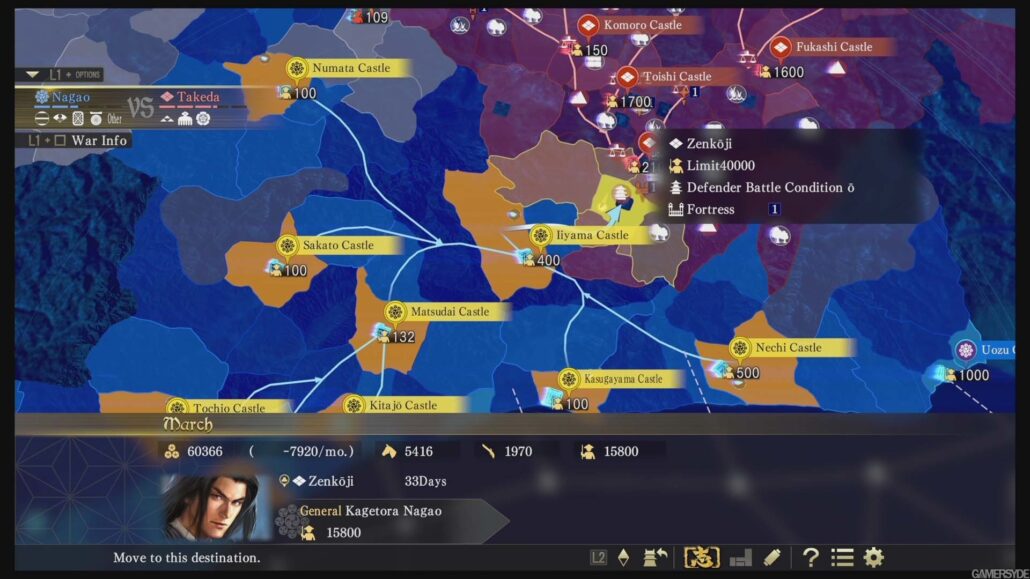 In battles you'll face across from your opponents, and after having a rough idea of where they might be, you position your army and attempt to attack. If you have overwhelming numbers, you'll win, it's almost a certainty, but if your team is low on numbers, it'll require a much more deft hand in order to take the lead.

You can execute a number of strategies in battle, many of them your soldiers and officers will suggest themselves, such as pincer movements and using small numbers of soldiers to lure opponents into the open. It's quite hands-off, though. You point your army roughly in the directions they should move to, and if they make contact with opponents, they will start fighting. Which is still pretty hands off, actually. They just begin doing damage to each other according to their numbers and resolve, after taking into account any buffs or debuffs.

There are two problems with the battles which end up permeating the entire game. Battles are slow and feel very hands-off. Sure, the laws you lay down, the council decisions and the choices you make in who to negotiate with, send goodwill to, and wage war on, will create consequences. But there are many actions that feel almost entirely out of your control. You can set down basic rules for agriculture, but the end result didn't feel like my decision. You can lay down tactics in battle, but the slow nature of the fights ended up making me feel very detached from the situation, more like an overseer of combat rather than an active combatant. 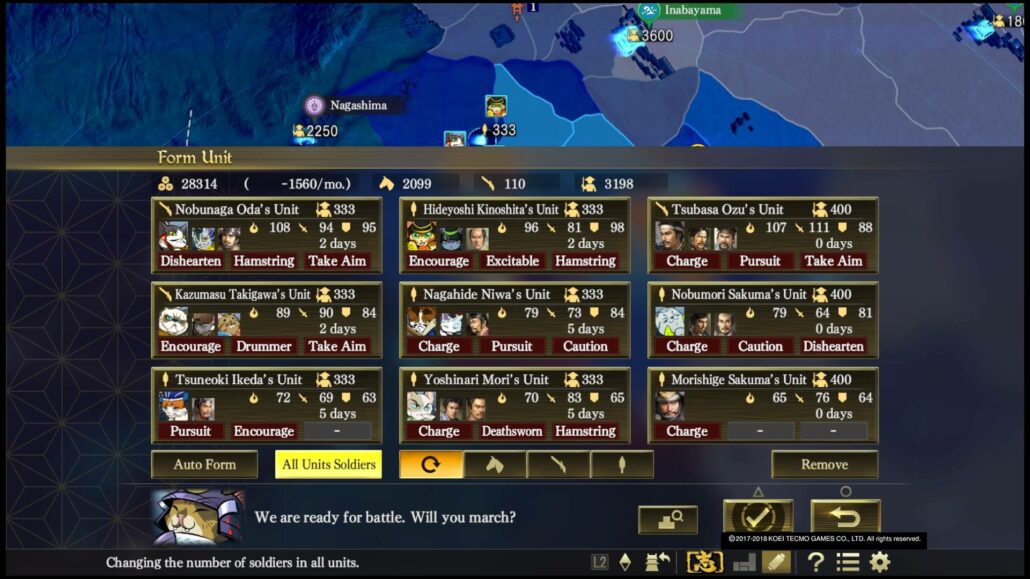 And that detachment is, as I have said, just the feeling I get throughout playing Nobunaga's Ambition: Taishi. I can see and understand how all the pieces click together and how the game drives along, and I feel like I'm there for the ride and not deciding how the ride goes. The most impactful decisions you can really make are whether to wage war or negotiate peacefully - but even then, only one of those will end in a win state, and not going to war might end up harming your progress long term.

Even ignoring how uninvolved I felt while playing the game, it's still a very slow experience. And despite all that, I ended up playing for hours on end. But that's exactly the thing. I played it for hours and made seemingly so little progress. I have so few exciting anecdotes to speak of, and the scenes showing us re-enactments of historical Japanese stories and wars are interesting but I'm not exactly learning anything, honestly. 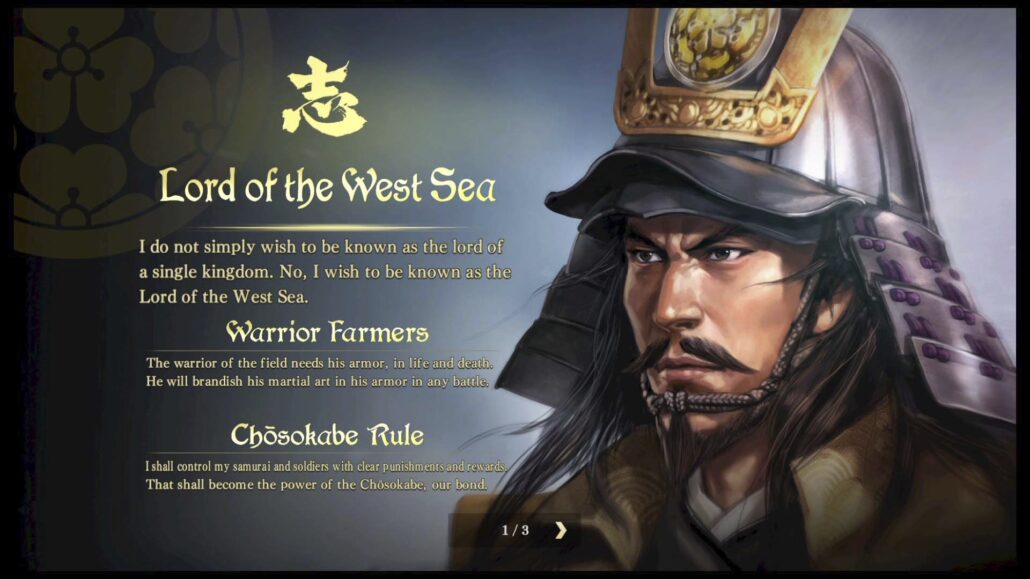 After hours of consecutive play, I always ended up turning the game off because "enough is enough" and not because I ever came to some sort of satisfying conclusion in battle. There comes a point in Nobunaga's Ambition: Taishi where, depending on how you've played, you're either the undeniable champion or hopelessly overwhelmed. And neither is the most exciting position to be in.

Nobunaga's Ambition: Taishi is an interesting, but painfully slow and uninvolving strategy game that I want to praise more, but in comparison to its contemporaries, I can't help but feel it still needs work. Shame, as the strategy flavor of Nobunaga's Ambition has always appealed to me, but in practice it feels sluggish and makes me yearn for strategy games I'll enjoy that much more.