Mortal Kombat 11 was arguably the surprise hit of 2019, exceeding most fans’ expectations and ultimately ending up fifth on the year-end bestsellers list (a real accomplishment for a fighting game). One of the reasons for this success was MK11’s story mode, which delivered top-notch production values and a mind-bending time-hopping plot that honored the series’ long, complex history.

Well, get ready for even more craziness, because the Mortal Kombat 11: Aftermath expansion has arrived, adding new chapters to the game’s story along with three more fighters (Fujin, Sheeva, and RoboCop). Is Aftermath a fitting epilogue for one of the best fighting game story modes ever or a needless return to the well? It’s time to test Mortal Kombat 11’s might all over again…

For those fresh to this fight, Mortal Kombat 11’s story posited that everything that’s happened thus far in the series was secretly manipulated by an evil time lord named Kronika. Raiden’s plots had become too much for Kronika to tolerate, so she decided to reboot time and erase the thunder god in one fell swoop, leading to all sorts of shenanigans, as the current mostly-middle-aged MK cast came face-to-face with their younger counterparts and various factions vied for power. It was a redemption story of sorts for many long-mistreated characters, particularly Liu Kang, who ended up replacing Raiden as the top deity in the MK universe in order to become the new master of time.

Unfortunately, the happy ending doesn’t last long – as the new Aftermath new story kicks off, we learn Liu Kang can’t reboot the timeline without Kronika’s Crown, which was destroyed when she was defeated. Ah, but even though a new timeline can’t be created, travelling within the current one is still possible (don’t question it) and a very-obviously-shifty Shang Tsung has a plan to go back in time and steal Kronika’s Magical MacGuffin before it’s destroyed, which Liu Kang and the good guys decide to go along with in defiance of all good sense. From there, Aftermath takes notes from Back to the Future Part II, with players revisiting and altering certain events from Mortal Kombat 11’s original story as they hunt for the crown.

Needless to say, some of Aftermath’s plot twists are very telegraphed (shockingly, Shang Tsung turns out to have ulterior motives) and the time-travel stuff makes less sense than ever, but the new story still serves up plenty of satisfying moments for fans of Mortal Kombat 11 and the franchise as a whole. Aftermath mainly exists to give MK11’s various DLC fighters a moment in the spotlight, and some, like Sindel and Nightwolf, do indeed get some opportunity to shine. Ultimately though, Aftermath belongs to Shang Tsung. Cary-Hiroyuki Tagawa, who also played Tsung in the 1995 Mortal Kombat movie, absolutely devours the scenery, keeping the story engaging even when the plot stumbles. Production-wise, Aftermath’s cutscenes are every bit as impressive as the one’s in the main game, with every wry twitch of Shang Tsung’s eyebrows being perfectly captured.

As for the new fighters, they’re all solid additions to the roster. Fujin’s probably the best of the bunch, as his various wind-based attacks make him one of the most maneuverable and unique-feeling fighters in the game. Sheeva is more of a brawler who specializes in tying up and pounding on victims, although her Dragon Drop special allows her to close the distance between herself and opponents in a snap. Overall, Sheeva feels like a great option for beginner players. Meanwhile, as you’d expect, RoboCop is all about controlling space and keeping opponents at bay with his gun and crowd-control cannon. That said, as much as I enjoyed playing with the newcomers, a mere three fighters does feel a bit paltry for a full expansion. Overall, Aftermath just needs more, as it doesn’t offer much beyond the story content (which can be completed in two or three hours) and the trio of new fighters. An update that adds Friendships and new Fatalities and stages has also been released, but that’s free for all MK11 owners.

Mortal Kombat 11: Aftermath’s lack of content is emphasized by the expansion’s odd pricing. If you buy Aftermath on its own, it costs a rather inflated $40, but newcomers can grab Mortal Kombat 11: Aftermath Kollection which includes the MK11, Aftermath, and almost all previous DLC for only $60. Those who purchased all that content separately as it came out would have paid at least $140. So yeah, great deal if you’re new to MK11, but kind of a bicycle kick to the teeth for early adopters.

This review was based on a PS4 copy of Mortal Kombat 11: Aftermath provided by publisher Warner Bros. Interactive. 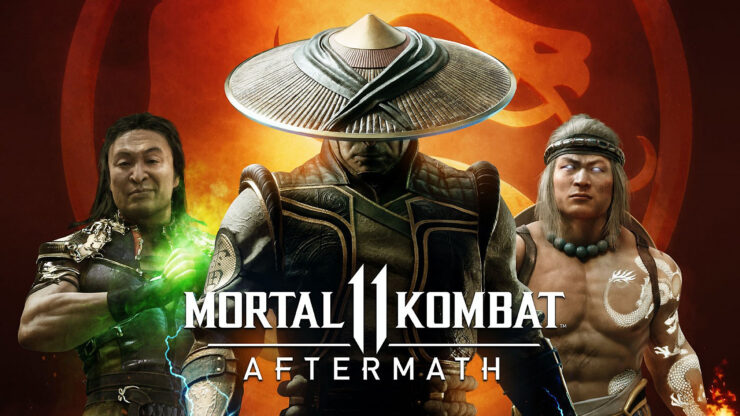 Mortal Kombat 11: Aftermath lets its villains strut their stuff in a fun epilogue, and the new fighters are all welcome additions, but an overall lack of content makes it tough to wholly recommend this expansion at its full $40 price tag. Those new to Mortal Kombat 11 can get a much better deal, but if you’ve already bought the game, this Aftermath may not add up.