This is a big year for Sony’s long-running MLB The Show franchise, at least from a business standpoint. With MLB The Show 21, the series takes its first tentative step onto next-gen systems and, even more significantly, Xbox consoles. In fact, in a rather unexpected turn of events, this Sony-developed game is also a Day One Xbox Game Pass release. Needless to say, there’s a very good chance this will be the most widely played MLB The Show title to date.

So, does MLB The Show 21 manage to knock it into the bleachers in front of perhaps its biggest audience yet? Or has the franchise, like the sport it's inspired by, become a bit set in its ways? Dust off those cleats and limber up your pitching arm, because it’s time to play ball…

MLB The Show remains one of the most fundamentally sound sports franchises on the market. As I’ve said before, this is a series that knows when to drill down and deliver detail and complex mechanics, and when it’s better to streamline the experience. These games capture the intense back-and-forth dance between batter and pitcher particularly well, while generally keeping fielding easy to grasp. Despite baseball having a reputation for being a bit sleepy, The Show can deliver surprisingly intense experiences. This year, developer SIE San Diego Studio does a particularly good job of introducing the series’ intricacies to newcomers, allowing players to choose both a general playstyle (Casual, Simulation, or Competitive) and difficulty setting (including dynamic difficulty), and get a feel for the series’ ever-growing selection of controls and mechanics with a well-designed Options Explorer.

As usual, MLB The Show 21 makes some tweaks to the series’ core gameplay. The most notable addition is the new Pinpoint Pitching system, which requires players to trace shapes with the right analog stick in order to put the ball over the plate. Each pitch type has its own unique input, and if you do it wrong or mess up the timing your ball may end up in the dirt or above the catcher’s head. Trying to pull off Street-Fighter-style quarter and half-turns when pitching feels odd at first, but it grew on me rather quickly. Pinpoint Pitching better captures the feel of the actual pitching than the simple timing bars used in the past, with each pitch actually feeling different and requiring a certain amount of mastery. Much like a real pitcher, you’ll find yourself gravitating toward certain favorite pitches you’re better at executing – I can nail fastballs and curveballs no problem, but change-ups always give me trouble for whatever reason.

Fielding has also been polished, with a new array of animations and catches giving the players more versatility when chasing down those tough fly balls, particularly near the walls. Everything just feels a bit more fluid, with fewer of those, “Why didn’t my fielder do what I wanted him to?” situations. That said, Pinpoint Pitching and fielding tweaks aside, MLB The Show 21 doesn’t really feel that different than last year, with many aspects of the game, such as batting, mostly being a copy and paste.

Another thing that hasn’t changed much is MLB The Show 21’s visuals. Sure, the game looks nice and crisp running at 4K and 60fps on the PS5, but it’s pretty clear everything’s still powered by the same old engine. Players are solidly rendered and a lot of love has been poured into every ballpark, but the extra visual pizazz and effort to accurately recreate how the sport actually looks on TV you see from competitors like the NBA 2K series is largely missing here. The game doesn’t even make particularly good use of the PS5’s exclusive features -- the DualSense controller’s haptic feedback is only deployed very subtly and I was surprised to still be staring at loading screens for several seconds before games. With rare exception, playing MLB The Show 21 on PS5 just felt like playing a PS4 game via backward compatibility.

As has been the case for the past few years, MLB The Show 21 is built around four core modes – Road to the Show (Career), March to October (Season), Franchise (GM mode), and Diamond Dynasty (Ultimate Team). March to October remains the best and most unique of the bunch, although it’s also the least improved this year. For those new to the series, March to October offers up a series of quicker challenges throughout the season – succeed in these and you’ll earn momentum, which will increase your chances of winning simulated games in between challenges. The idea is to let players control their favorite team’s fate while drastically cutting down the grind needed to get through a season. This time around, you’re given more opportunities to call up and promote rookie prospects and more drama has been added to the post-season, but otherwise, San Diego Studio sticks to what works.

Probably the most improved mode this year is Franchise, which offers up revamped menus, including a great new depth chart that actually projects how your players will improve or decline in the future. This is possible thanks to improved logic that better evaluates the performance and value of your lineup. As you might expect, this allows you to make much better-educated trades than in the past. MLB The Show 21’s Franchise mode can be a bit dry, and yes, it still lacks an online mode, but it can’t be beaten in terms of UI and core mechanics.

The dud this year, as it is most years, is Road to the Show. It lacks the slick cinematic presentation found in the competition’s career modes or the compelling structure of March to October. This time around, San Diego Studio tries to liven things up with a series of talking-head podcasts, with the episodes changing depending on how your character performs. This is about as thrilling as it sounds and I don’t think I listened to even a single one of them all the way through without hitting the skip button. If MLB The Show’s developers want to stick with the podcast concept next year, they need to seriously spice the shows up. As for Diamond Dynasty, it’s largely the same as it was last year. It remains one of the less-exploitative Ultimate-Team-style modes out there, although it does seem to be slowly imposing itself more on other parts of the game.

The only truly new major feature in MLB The Show 21 is the Stadium Creator, which is exclusive to next-gen consoles for no adequately explained reason. The ballpark editor is fairly versatile and brings a bit of levity to this otherwise strait-laced series – haven’t you always wanted to play ball in front of an eager audience of T. rexes and brontosauruses? That said, while the Stadium Creator is fun in small doses, it ultimately feels like a throwaway. A little bonus most serious players will soon forget.

Even without any major new modes, there’s a lot of content to work through here, with San Diego Studio promising to keep things fresh with the usual updated rosters, new challenges, and events. Even if you’re starting to get a bit tired of the standard MLB The Show package, there’s still a good chance you’ll go into extra innings with this year’s game.

This review was based on a PS5 copy of MLB The Show 21 provided by publisher Sony. You can grab a copy of the game here. 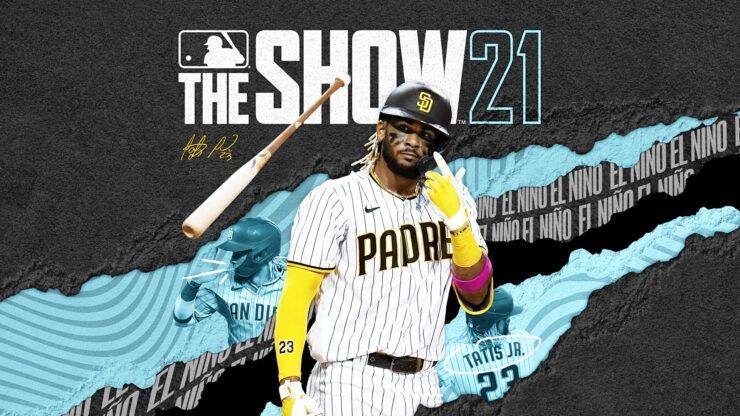 While MLB The Show 21 is another solid entry in the series, the pitch to Xbox newcomers and those looking for a next-gen experience isn’t as strong as it could have been. Pitching, fielding, and existing modes get some welcome adjustments, but truly significant additions are thin on the ground and the series’ presentation is stuck in its tracks. Hardcore hardball fans and Xbox owners who haven’t experienced MLB The Show before should have a good time, but this franchise may be in need of a rebuilding phase within the next year or two.