It's easy to forget that, once upon a time in a just and equal United States of America, Italians were not considered white. The same goes for the Irish, of course, and essentially anyone who had not already been assimilated into the culture. When put into this context, it's easy to see how the Italian mafia first came to be - when confronted with all doors of opportunity firmly closed in your face, the next logical step seems to be a life of crime. That's exactly where Tommy Angelo finds himself in Mafia: Definitive Edition. A man just trying to earn a decent living, struggling to be anything more than a taxi driver, insulted and berated by almost everyone that sits in his cab. Until one day men with a similar accent step into his life, and his prospects change.

But the 2002 Mafia game isn't actually about the struggle of fitting into a society that doesn't want you, and Mafia: Definitive Edition, 2020's complete remake, only makes allusions to these uncomfortable societal truths through Angelo, the citizens of Lost Heaven, and the Irish detective he discloses all his secrets to. Instead, the story of Mafia centers more firmly around a hyper-masculine criminal underworld that Tommy finds himself embroiled in, with no hope of escape. One day you work a few jobs just to cover your bills, fix up your cab, the next you're holding a gun, and holding up a bank. It's a slippery slope, and not one Tommy necessarily wished for himself or his new family.

Mafia: Definitive Edition is an open-world crime game, of course very similar to the likes of Grand Theft Auto and Saints Row, but eighteen years after its original release it somehow feels far more refreshing and new than it ever did all those years ago. In this game, you will find a grounded and believable world with down-to-earth yet memorable characters, and they are undoubtedly what carry you through to the end. At this point, you have probably played a dozen open-world crime adventures where you can rack up a huge bounty and have helicopters chasing you down the streets, but how many of those had a heartfelt and engaging story that made you want to see things through to the end? Mafia doesn't need chaos and crime to keep you interested, it has an actual narrative to deliver that.

Everything about this game has been reworked when put alongside the original. Fans of the title may remember certain scenes, missions, and landmarks, but other than that they'll be in uncharted territory. Brand new face models, motion capture, voice acting, and a complete graphical overhaul make Mafia: Definitive Edition one of the best looking open-world titles this generation has seen. The world looks and feels real and believable, the 1930s time period is brought to life with everything from the ensembles the cast wears, to the vehicles that struggle to ascend a hill, let alone outrun the police. This is a time machine to a time and place that never actually existed, and yet part of me believes it did.

There is nothing I can really complain about when it comes to how this game looks and the performances within. Reflections in puddles look incredible and seem to reflect the world around you perfectly, Tommy, Sam, and Paulie - the three primary Mafia members you'll see on screen - all feel like real characters, with excellent performances coming from each. This is also, easily, the best looking Mafia game yet, easily outshining Mafia III on the same system.

So if you want an engaging narrative to keep you plugged in while playing, Mafia is great for that and feels refreshing when compared to so many goofy and uninspired open-world titles that we've seen this last generation. It's a shame that the story feels so rote, though. The story in Mafia is not bad by any means, but it was very clearly written nearly two decades ago. Hyper macho mafioso types exerting their power and influence over people, infighting, conspiracy, drugs, it's all very typical and feels almost unimaginative in the modern-day. This becomes especially obvious when Sarah, Tommy's wife and one of the very few named female characters in the game, has a mission dedicated to protecting her from underworld thugs, which ends in her becoming smitten with you, of course. We've seen this play out before, and I'd be lying if I said I was blown away by the story as a whole. Luckily, as I mentioned, it's those performances and moment-to-moment character interactions that save the day.

The age of the title is also highlighted by the gameplay. You are hired into the Mafia as a driver, and before that, you work as a taxi driver. Of course, this means you do an awful lot of driving. This isn't a bad thing by any means, but it's an understatement to say that it gets old fast, especially when driving the aforementioned period-appropriate vehicles. It can feel very tedious, but luckily the developers saw fit to put in the options menu a Skip Drive choice. You should switch this on regardless - all it does is give you the option to automatically jump to locations you must drive to if driving is not an integral part of the mission. For example, if the mission is a car chase, you can't skip it, but if you're just driving to where the mission actually begins, you can skip. You do miss nice dialogue scenes if you skip driving around, but when faced with lengthy driving segments, you'll probably forget all about a few lines of dialogue. Luckily the cover-based gunplay is vastly improved over what the original had, and while it's not exceptional in any way, it is perfectly serviceable, and I found no reason to complain throughout my time playing the game.

Over the runtime of the game, I did see a few occasional bugs - pedestrians and cars I collide with in the street mysteriously vanishing, that sort of thing - but nothing that would detract from my enjoyment of the game, and I was more than happy to keep playing the game through to the end, at no point truly disappointed with the quality of the adventure that was unfolding before me - more than I can say for many open-world crime sims.

If there's a complaint to be made about Mafia: Definitive Edition, it would be that it doesn't leverage the "open-world crime sim" aspect to the fullest. There isn't really anything of note in the way of side quests of objectives, and racking up a five-star wanted level and outrunning the police isn't all that interesting. Once they lose sight of you, they give up pretty easily, even if you have spent time mowing down half of Lost Heaven's police force. It doesn't feel like this game needed to be open world, and the only reason it is so large is to facilitate the amount of driving you'll be doing. But as I said, you'll be here for the performances and the tale unraveling before you, and it still does that wonderfully. 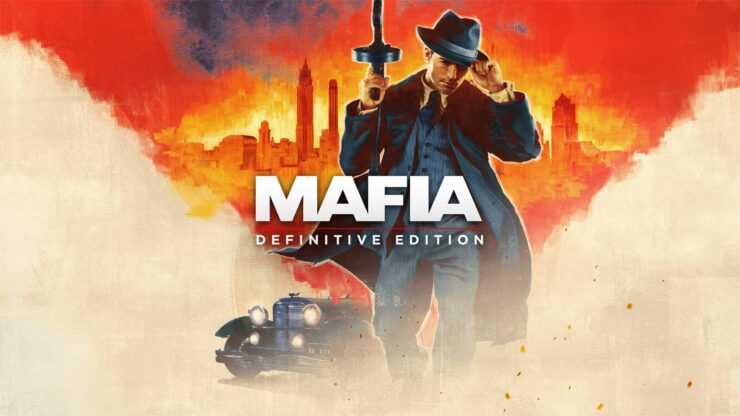 Mafia: Definitive Edition is a complete remake of a classic crime game. It looks better than almost any other open-world crime sim you'll see this generation and has a story that'll keep you engaged to the end. It might not be the most revolutionary or innovative title in the genre, but it'll certainly keep you playing. This is an excellent story to play over the course of the weekend, and you're almost certain to be recommending it to your friends once you're done.