For gaming performance testing, we will be using the 4K resolution and custom settings (to maximize FPS) with an average around very high - ultra. Our methodology is to maximize the frame rate with a minimum drop in quality. The graphics card in play here, as mentioned on the first page, is the EVGA GTX 1080 Ti FTW3. Without any further ado, here are the testing results: 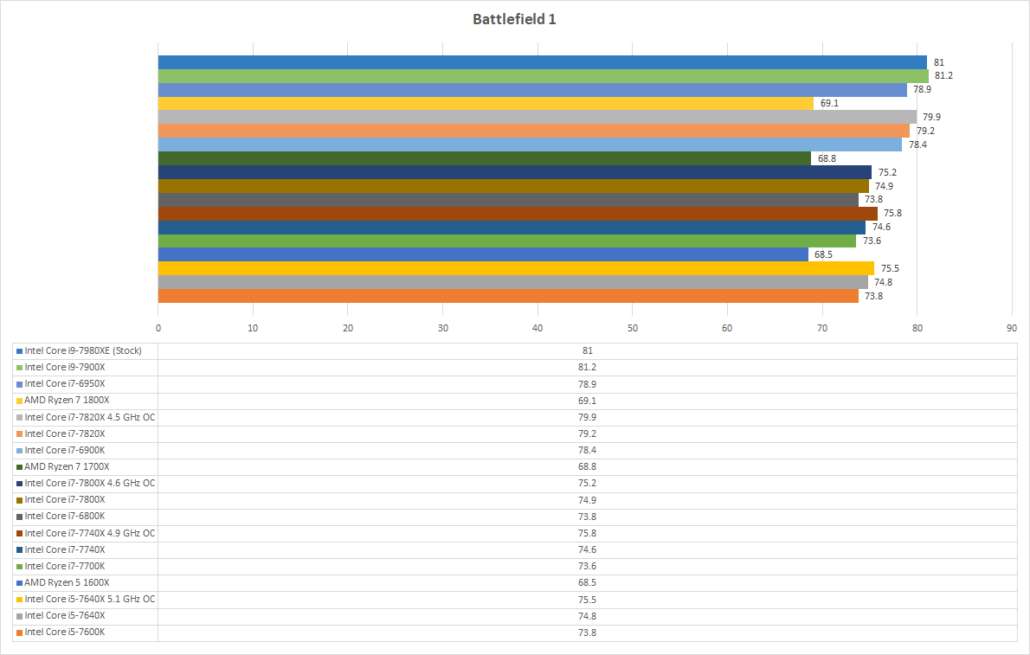 First up we have Battlefield 1, where the 7980XE instantly establishes its lead as the leader of the pack. Frametimes were very smooth across the board (we use a secret sauce technique that we will be sharing with you guys in an upcoming feature) and well go over them in detail soon. 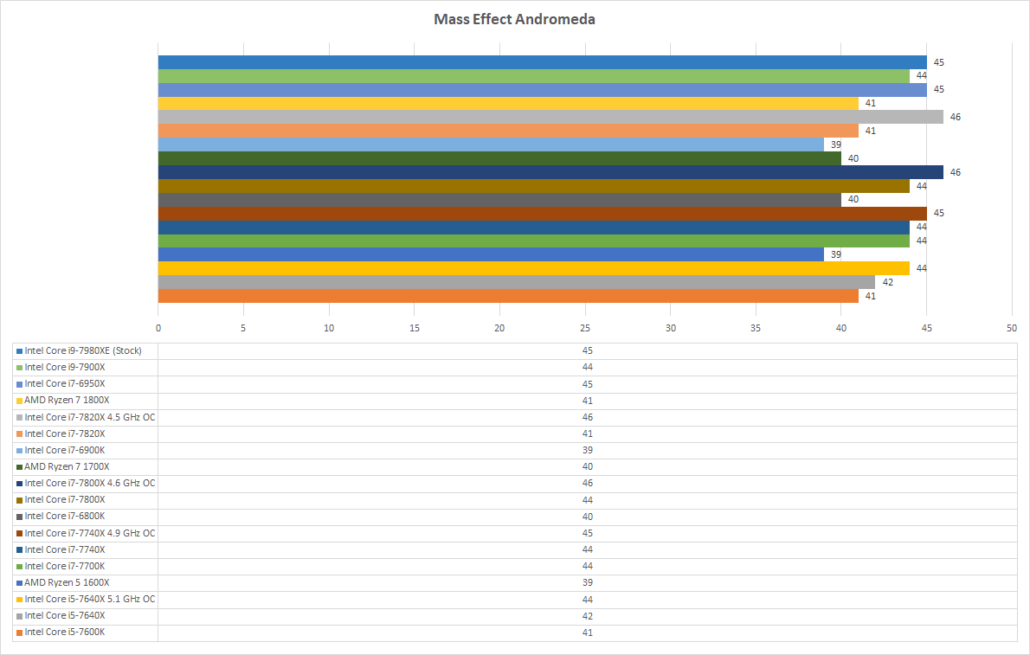 It is here that the 7980XE takes a step back from the rest. There can be multiple reasons behind this but the most common one is that the game isn't optimized to be able to handle 18 cores. 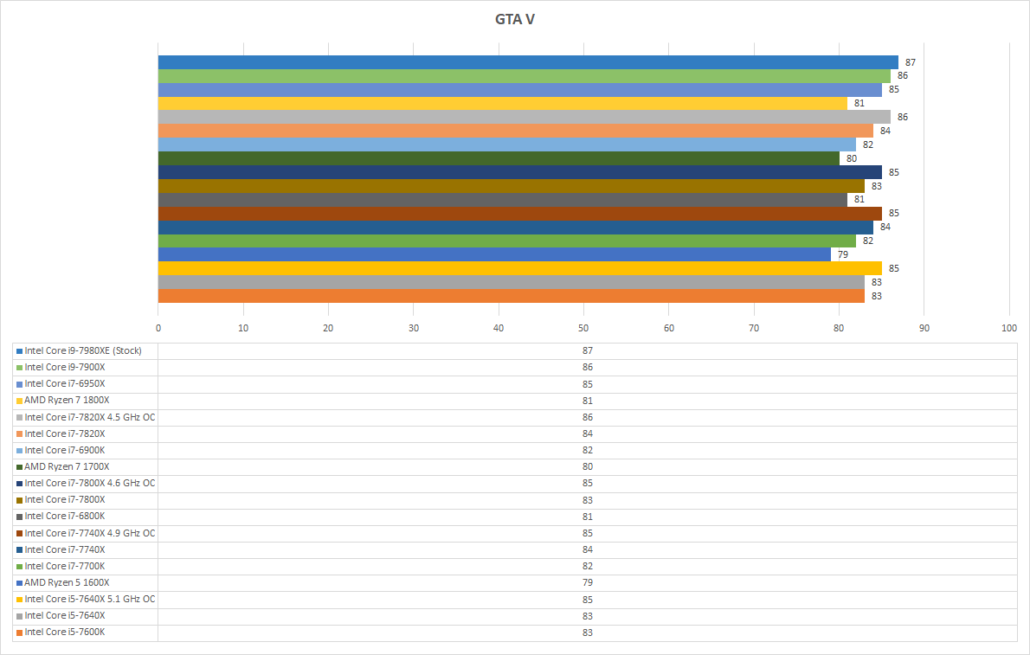 We saw the 7980XE take back its leak in GTAV with quite a significant improvement. 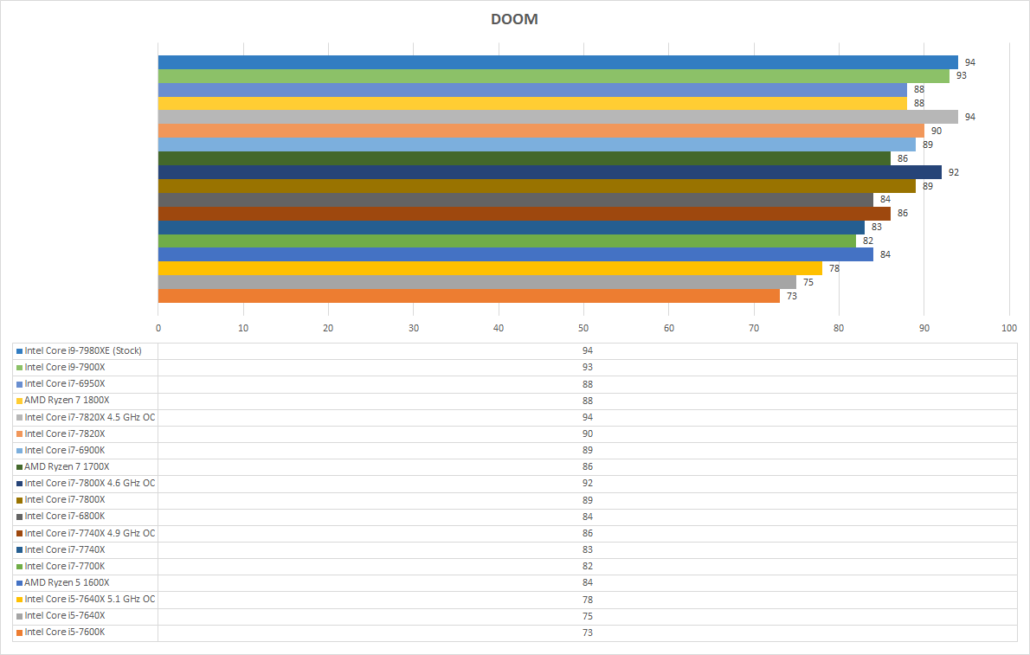 Doom is a special title in our testing, particularly because it runs on OpenGL and we have seen some very interesting things happen on this API with early drivers giving a large performance lead to AMD parts. In this particular title as well, we see the 7980XE draw just a little bit ahead of the 7900X, but not by a lot. 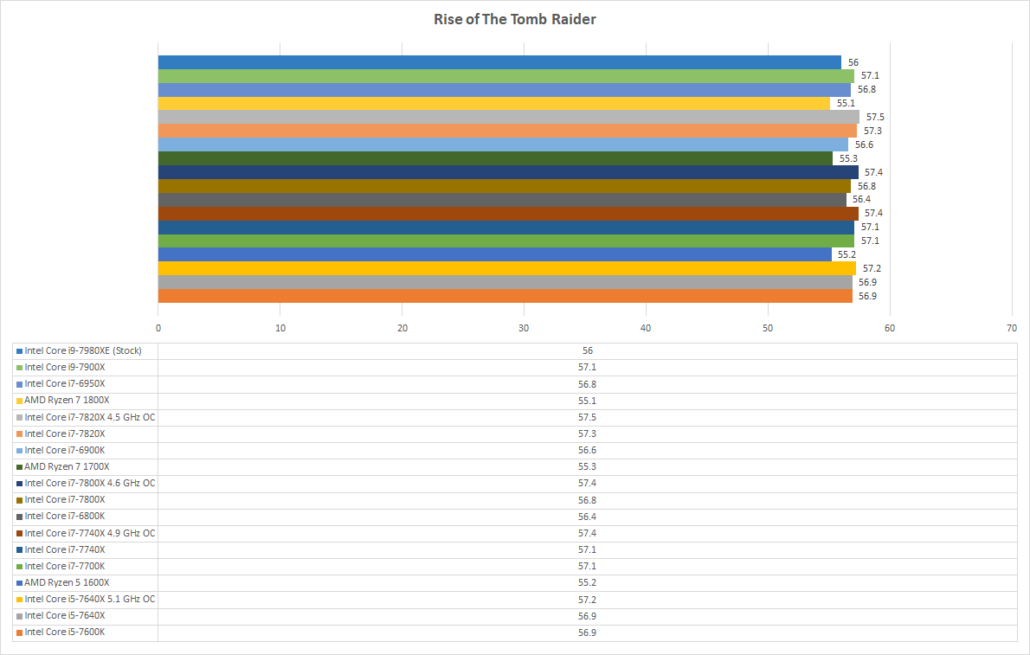 Finally, we have the Rise of the Tomb Raider, which has become one of the few titles that you will find in pretty much every review. Here, once again, the 7980XE falls a big behind the pack due to lack of optimizations in the game.

There is one other game that we were going to include but as it turns out, it will not run on any 7980XE unless you disable 2 cores: Anno 2205. The blame for this however, falls to the developer and not Intel in this case.