We are going to kick off our performance testing metrics with the compute side of things. Since the 7980XE is a product that was designed primarily with the video editor/workstation PC in mind, we think it makes sense that this be the deciding factor in the CPU's success.

With 18 cores and 36 threads, it was interesting to see how the CPU would perform considering its base clock is a measly 2.6 GHz. When hit with an all-core load, the i9-7980XE can maintain an all-core clock speed of 3.37 GHz, which is pretty decent considering the massive core count.

Without any further ado, here are the benchmarks: 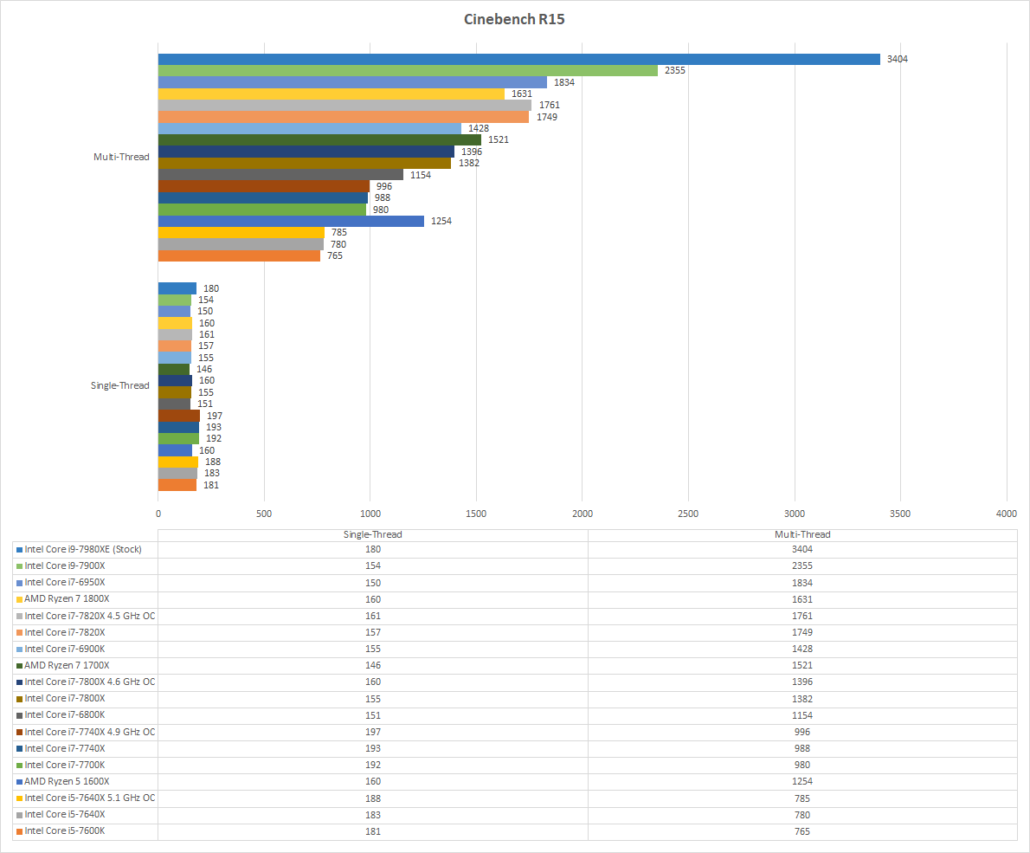 Cinebench has become one of the most accepted standards of multi-core performance and it helps that the load is pretty heavily optimized to scale efficiently across a large core count. It is little surprise therefore when the Core i9-7980XE absolutely shreds to the top of the graph with a Cinebench score of 3404 points. It does fairly well in single core scoring as well, thanks to the Turbo Boost Max 3.0 technology. 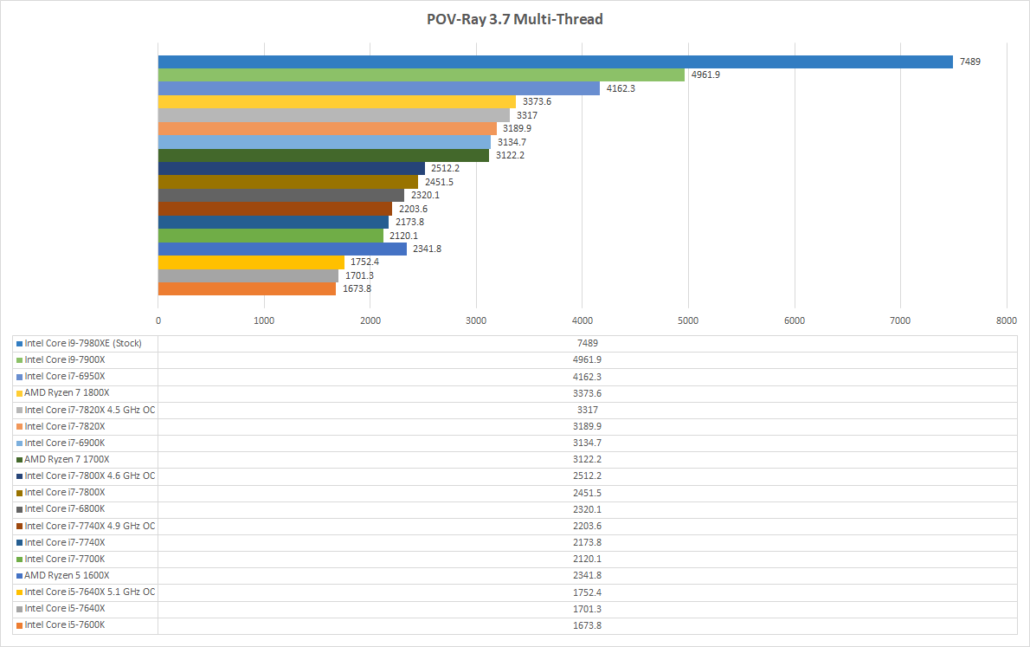 Up next we have the POV-Ray 3.7, another industry standard benchmark that can give us a reliable performance number for rendering applications. Just like before, the 7980XE takes top spot with a score of 7489 points. 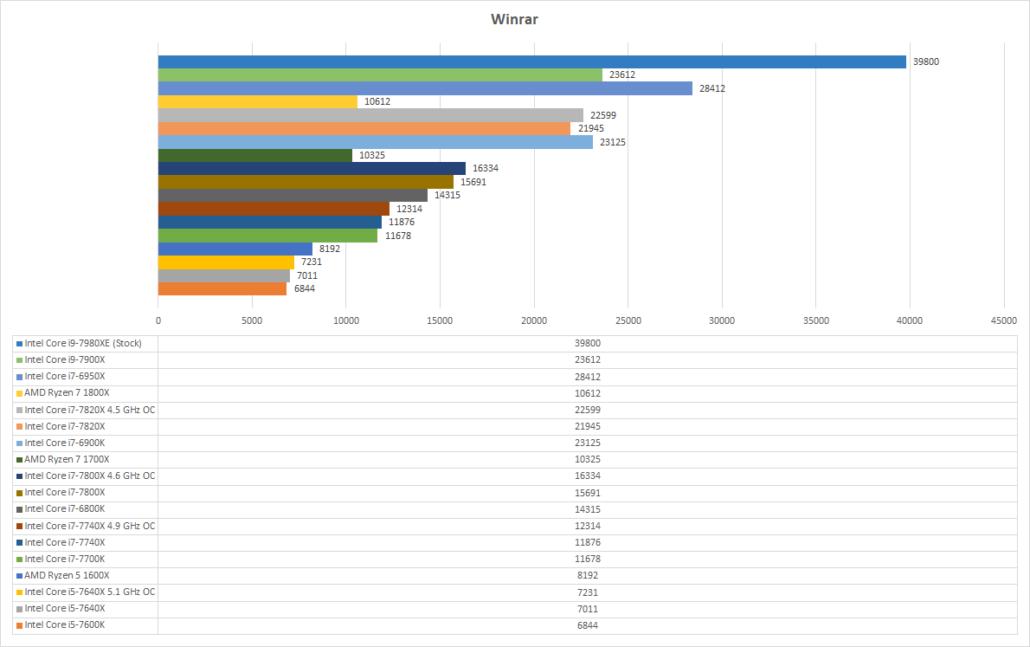 Winrar is another example of a popular office based benchmark and we see the same pattern repeated again with the 7980XE scoring almost 40,000 points on WinRAR, which is significantly faster than the competition of mainstream SKUs. 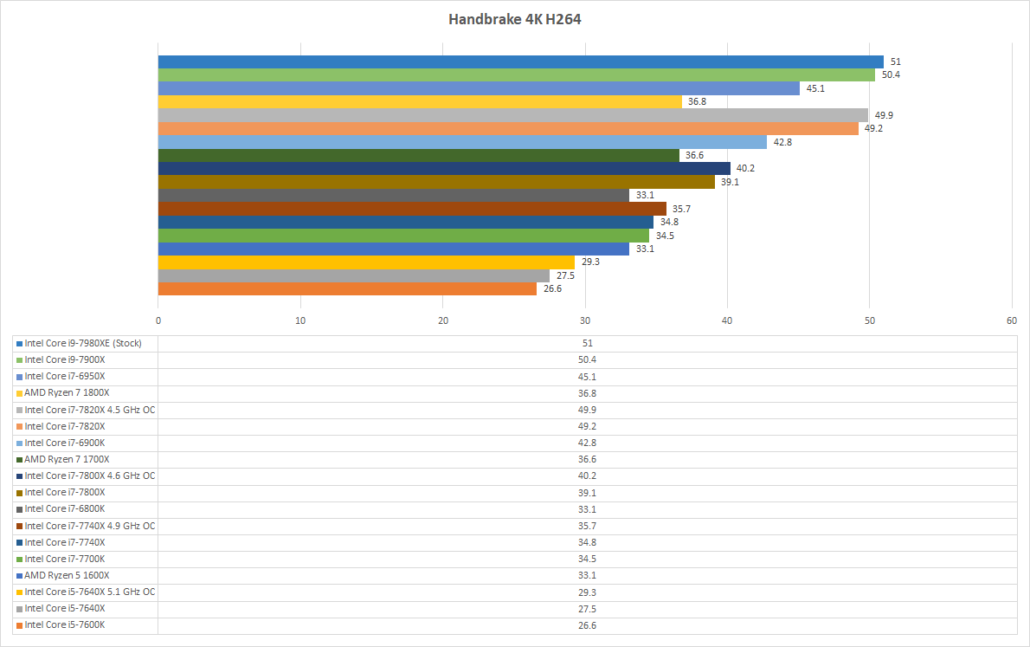 Something rather interesting happens in Handbrake 4k however. The Core i9-7980XE appears to loose a little of its edge over the others and while it still manages to finish it first, the difference between the 1st and 2nd spot is no where nearly as defined as it was before. This has interesting implications about the encoding and decoding capability of the Core i9-7980XE. 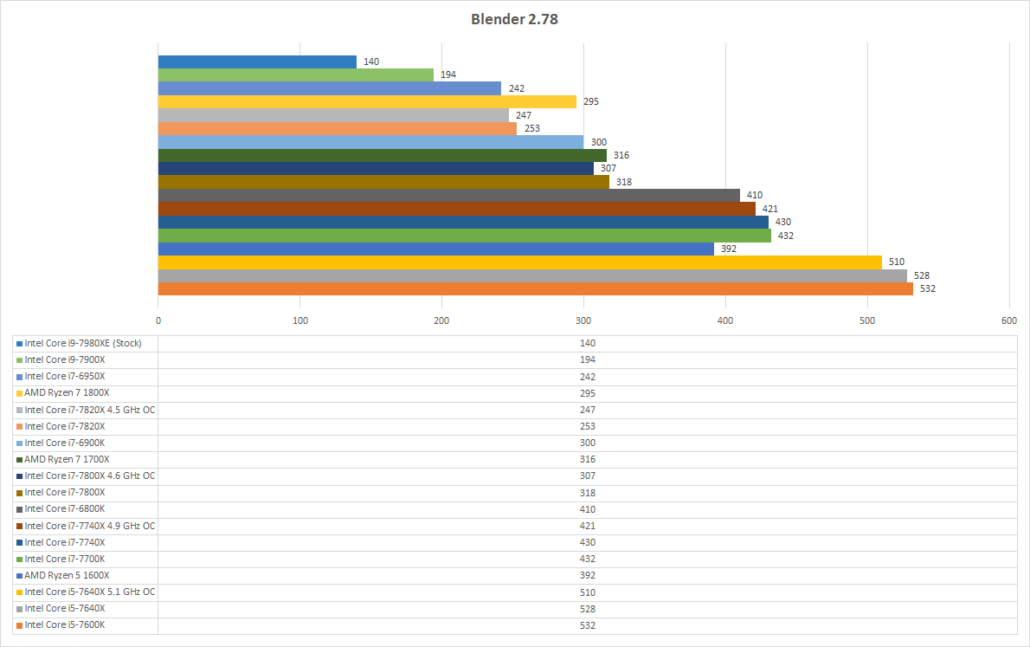 Up next we have another rendering benchmark, and its none other than Blender 2.78. As expected, the 7980XE finishes first with a large lead. 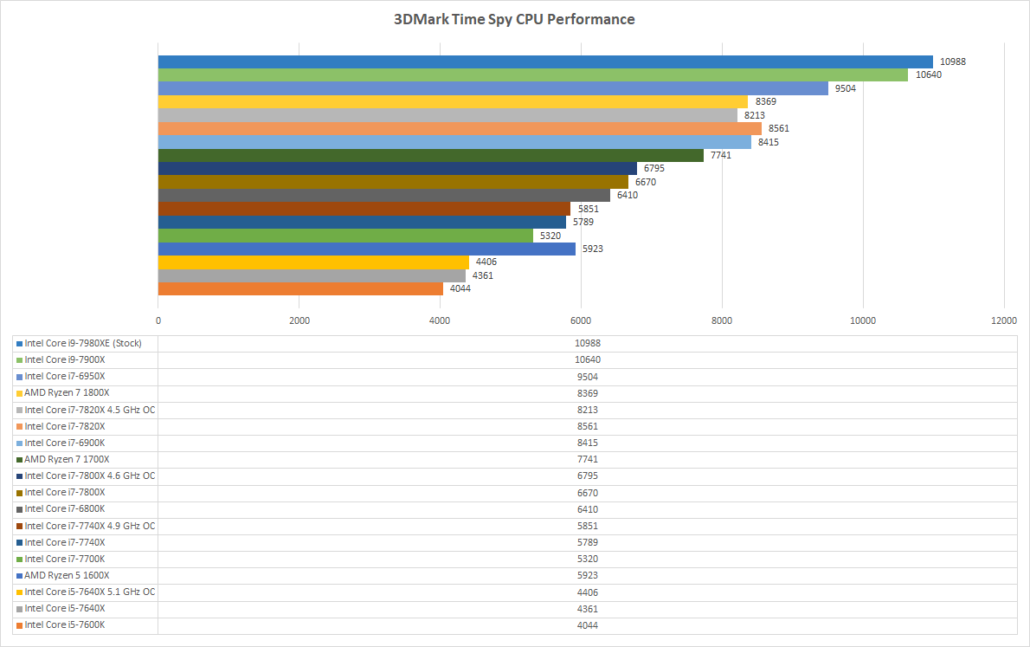 We are now starting to diversify away from the highly optimized and multi threaded workloads and move towards something more realistic for the average enthusiast. The 7980XE loses its lead in the TimeSpy CPU benchmark and is only a few points ahead of the Core i9-7900. This is not particularly surprising because while the 7980XE has a core count advantage, it has a distinct clock speed disadvantage and we are sure that playing around with the clocks would lead to some phenomenal performance gains (but that is for later). 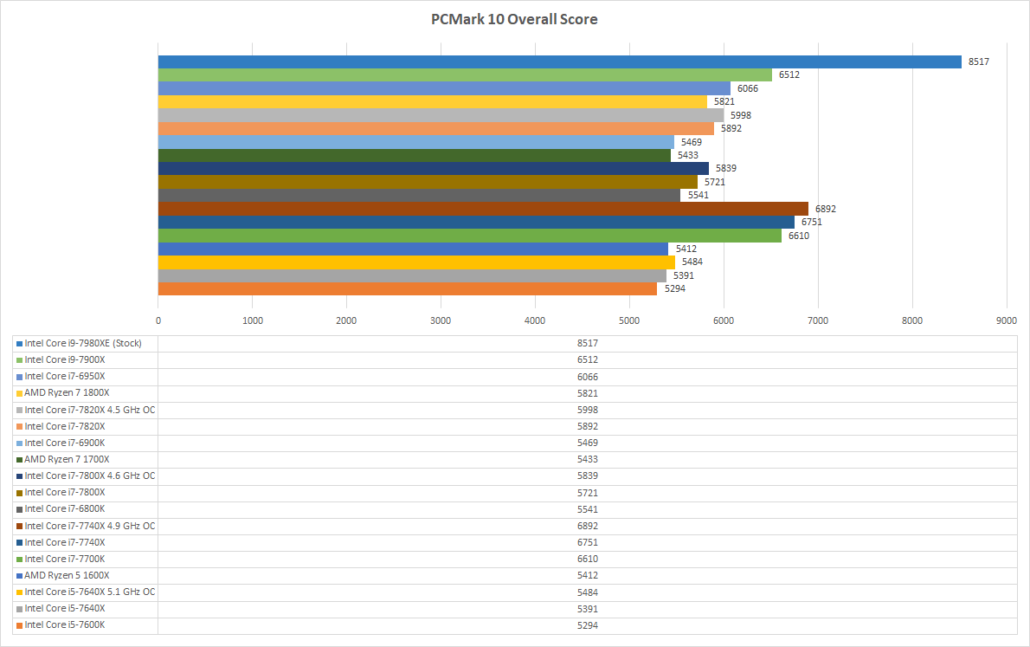 Our last benchmark for this side of the benchmarks is the PCMark 10 suite. This is one of the more realistic of benchmark suites out there and tests a very wide variety of use cases to see whether a heavy office user would notice any difference in performance and responsiveness. The Core i9-7980XE maintains its large lead here and clocks in at 8517 points.