The ASRock Z390 Taichi Ultimate is styled in black and silver. This is a top-tier product that retails at $300 US so expect lots of features packed inside this motherboard. The motherboard comes in the standard ATX form factor. The Taichi Ultimate theme has been present on the X470 series now for a while and is now coming to the Intel mainstream platform. 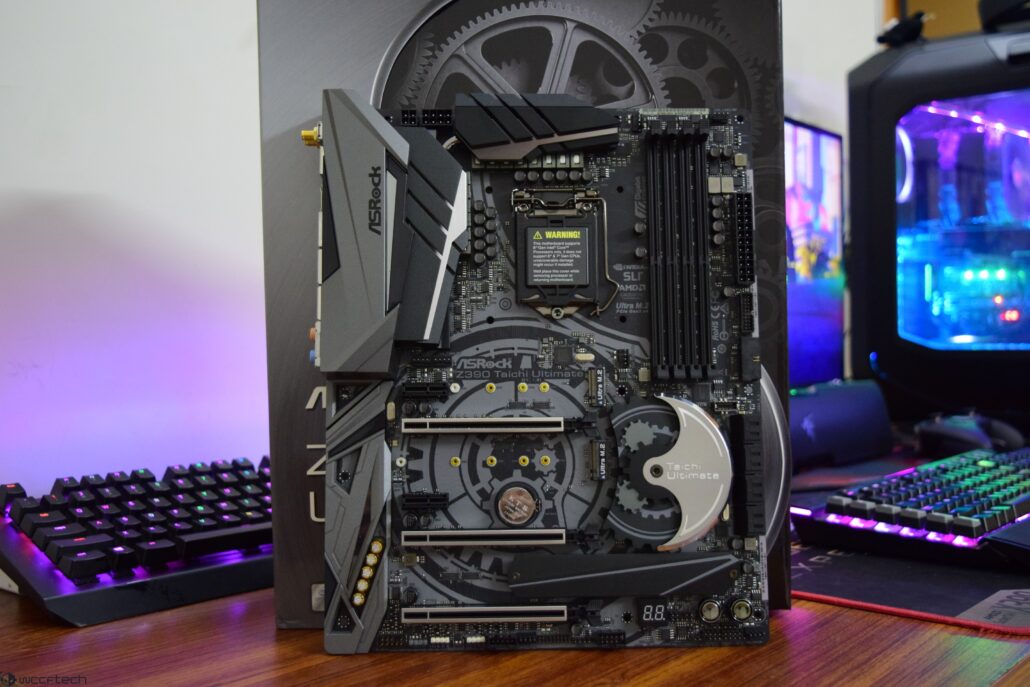 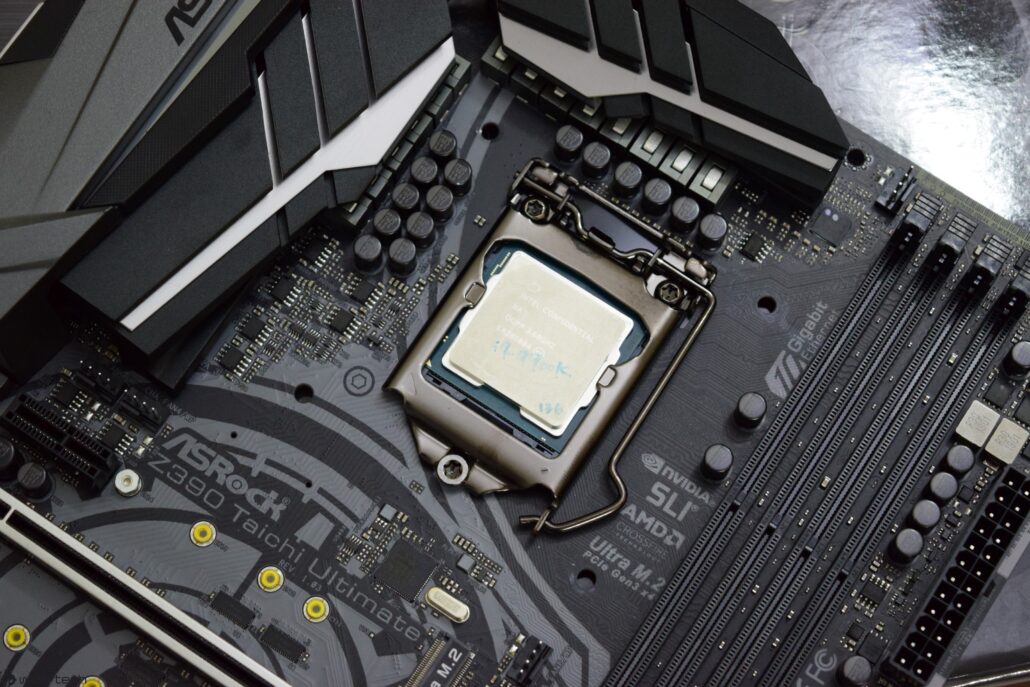 Next to the socket are four DDR4 DIMM slots which can support up to 64 GB dual channel memory. These slots are rated to support XMP profiles up to 4200 MHz (OC Plus). Each slot is labeled, making it easier to install DIMMs in the proper orientation.

The interesting thing is that Intel has said to allow memory capacity support of up to 128 GB but that would mean that DRAM vendors would have to release dual-capacity memory kits that are compatible with these boards. 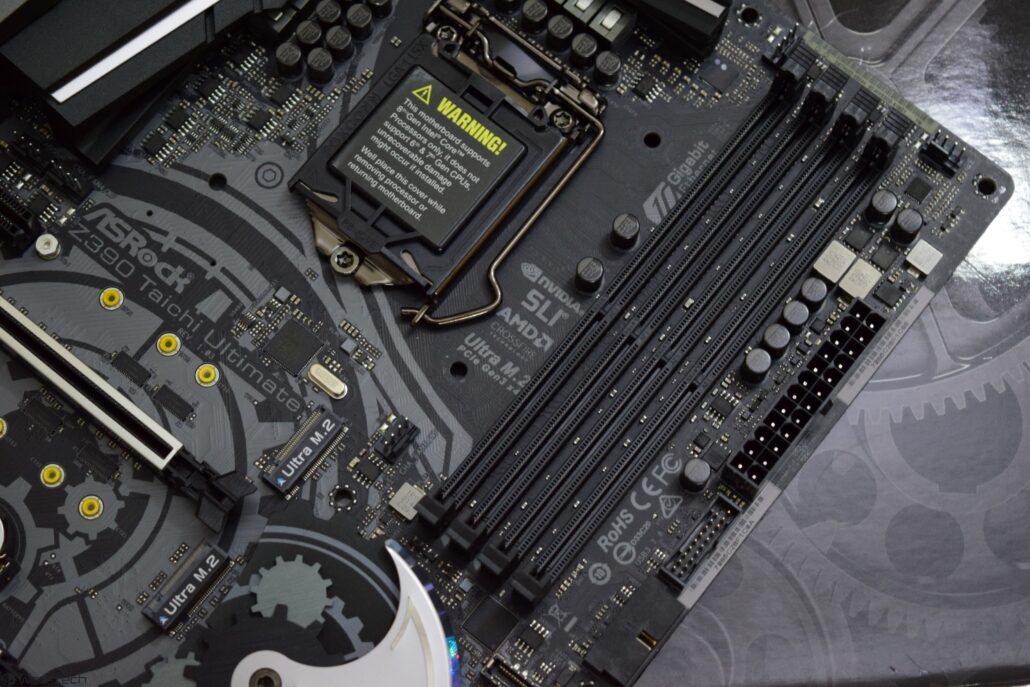 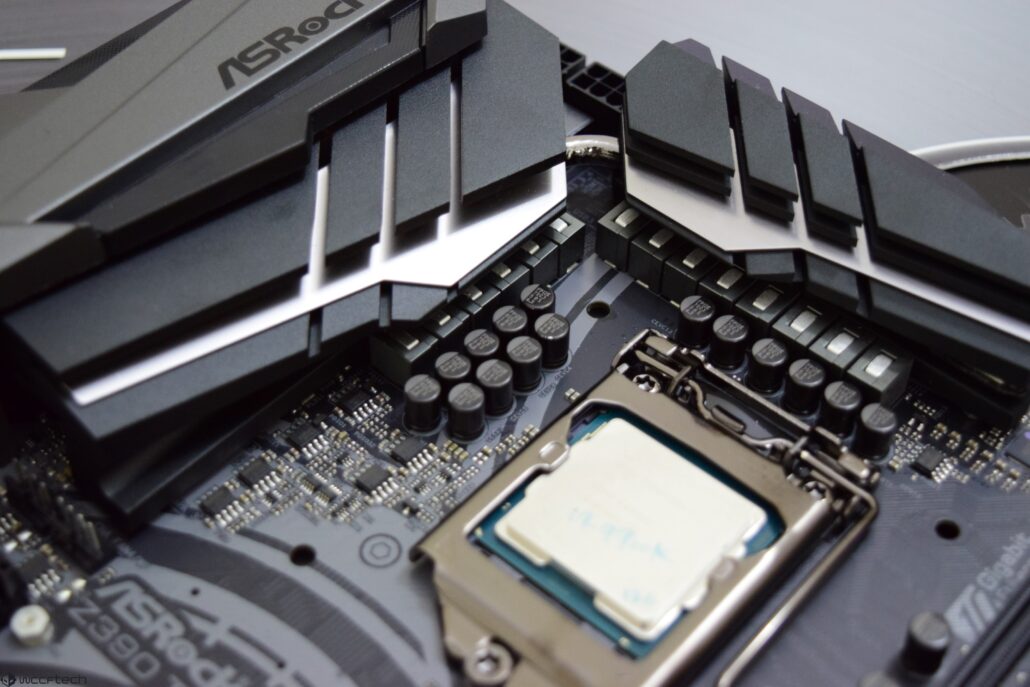 If you look in closely, the heatsink solution comes with heatpipe coolig that runs across the entire length of the dual heatsinks. ASRock is also using an aluminum based heatsink under the IO cover which can provide even better thermal operation under load. 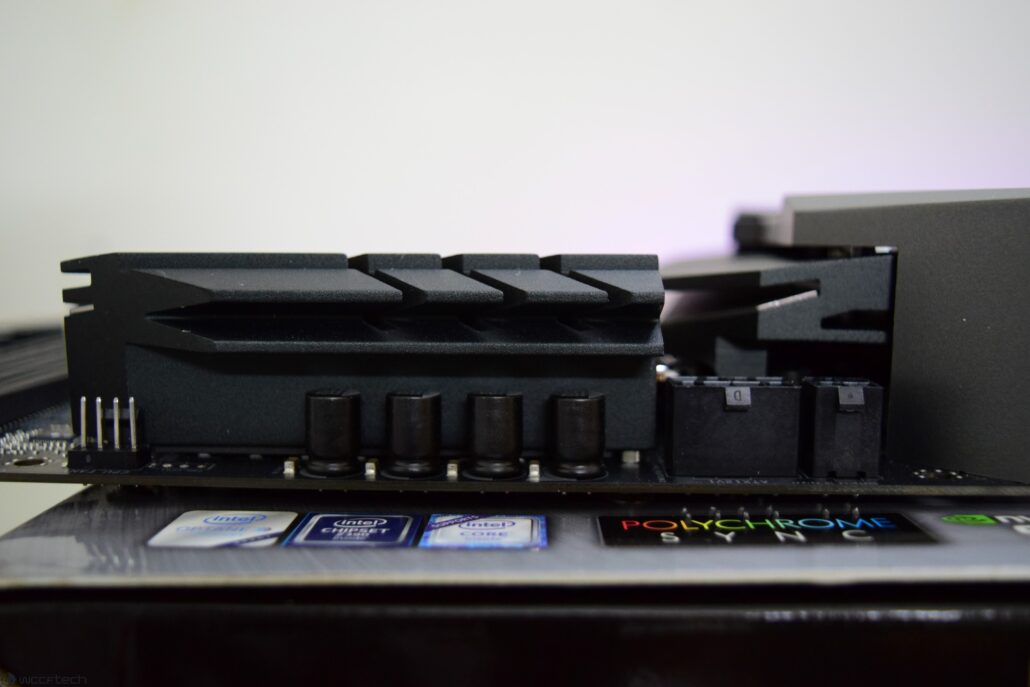 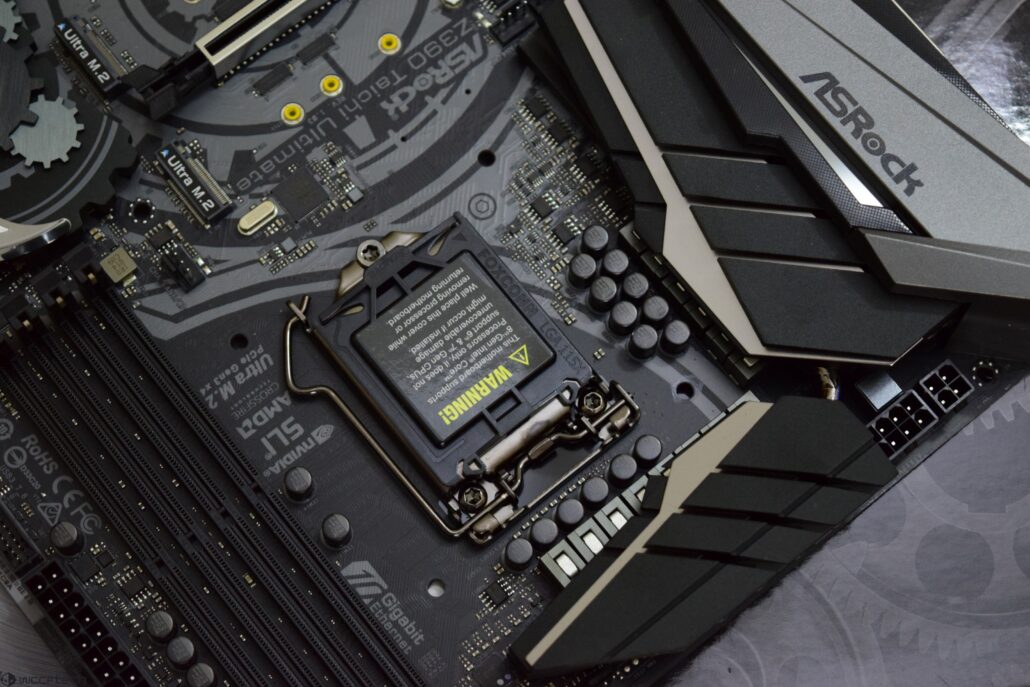 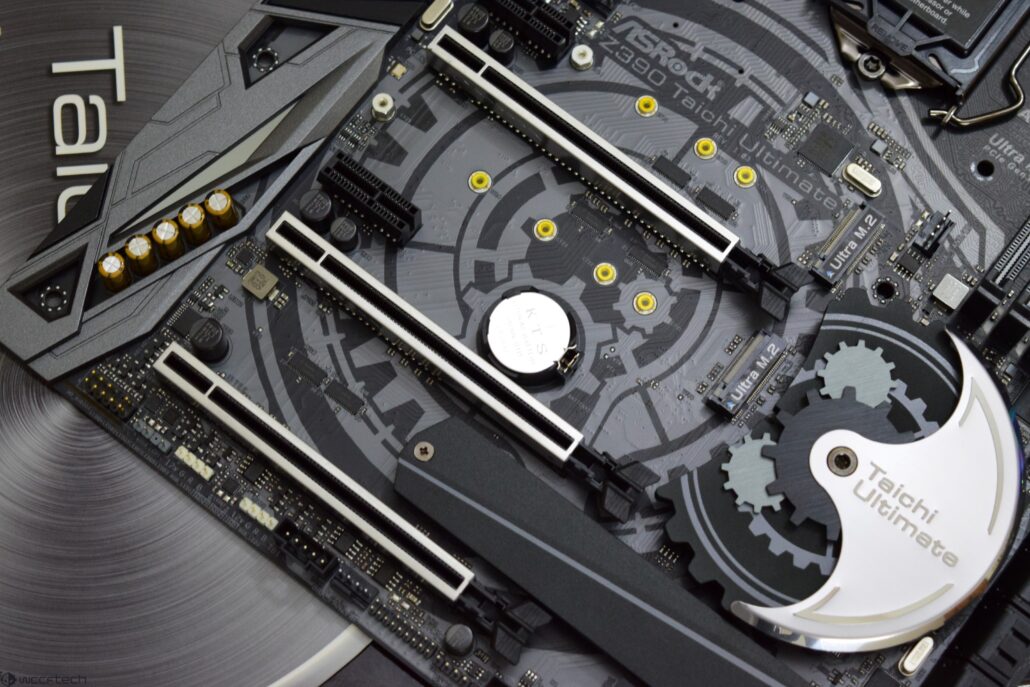 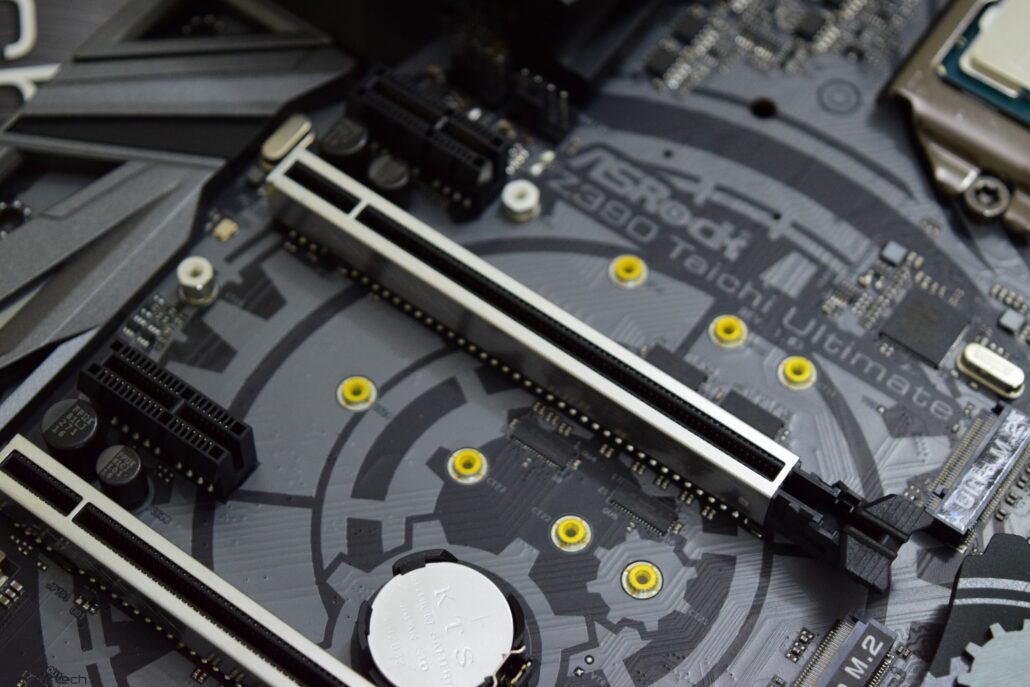 The PCH is cooled off by a large metallic heatsink which runs next to the SATA ports. The PCH heat sink has embedded RGB LEDs and provide a good light show for those that are interested in RGBs trend. You can also turn off the LEDs entirely through ASRock's bundled software if you are not a fan of such LEDs. 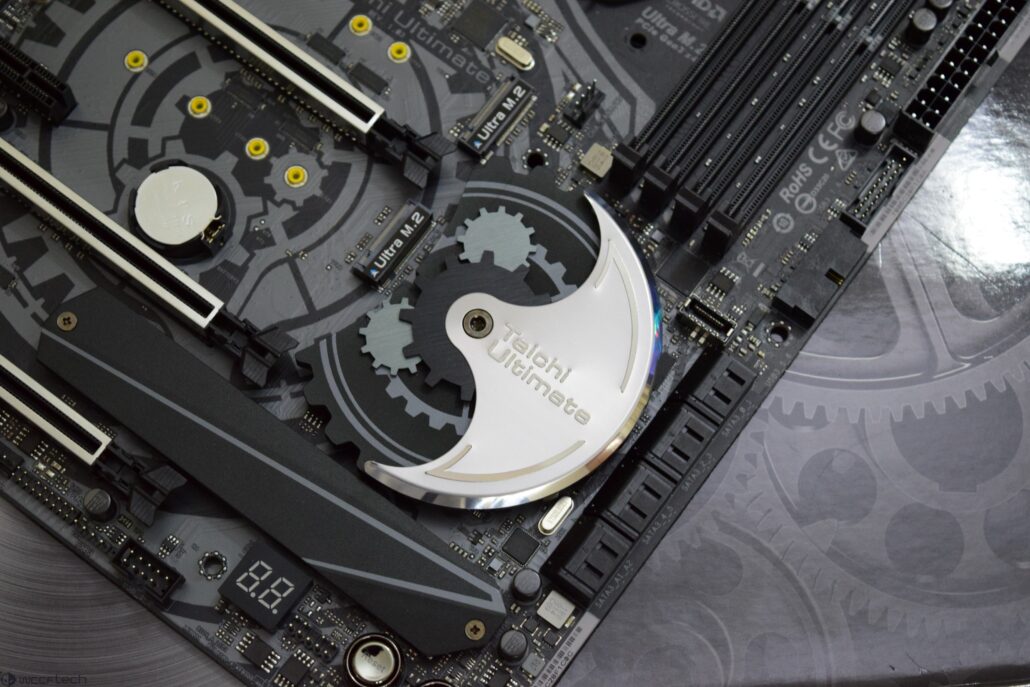 The PCH heatsink is themed to look like the represent the Taichi symbol and features gears that although don't provide any functionality but do give a nice touch the motherboard. 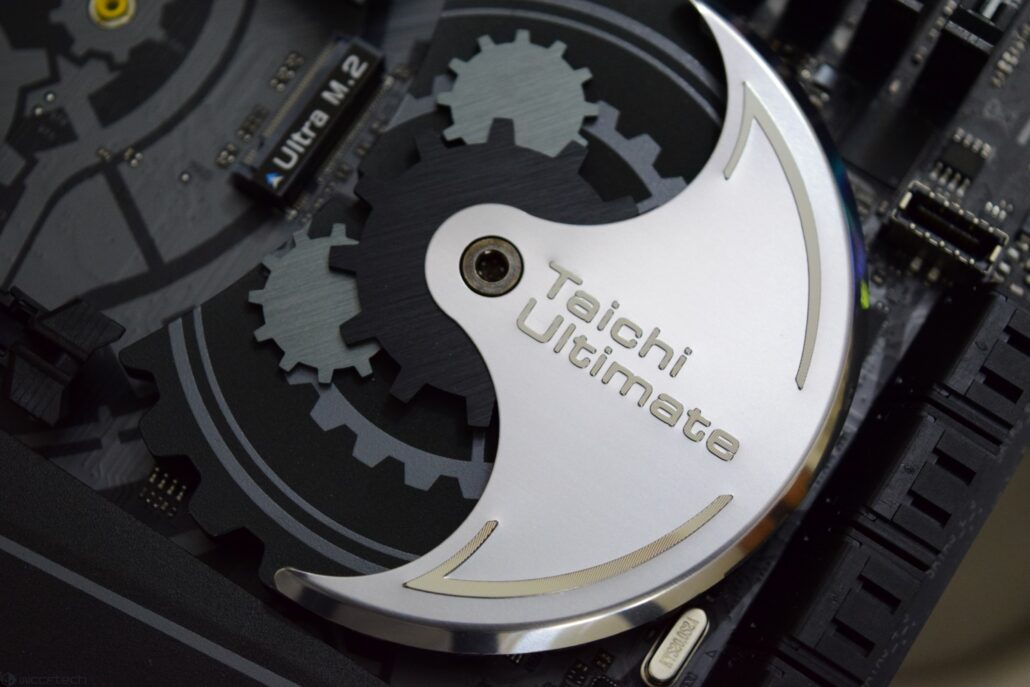 Storage options include eight SATA III ports rated to operate at 6 GB/s. These can support eight different storage devices at once. There's also a right angled USB 3.0 front panel connector. Many fan headers and jumpers can be found beneath the storage ports. 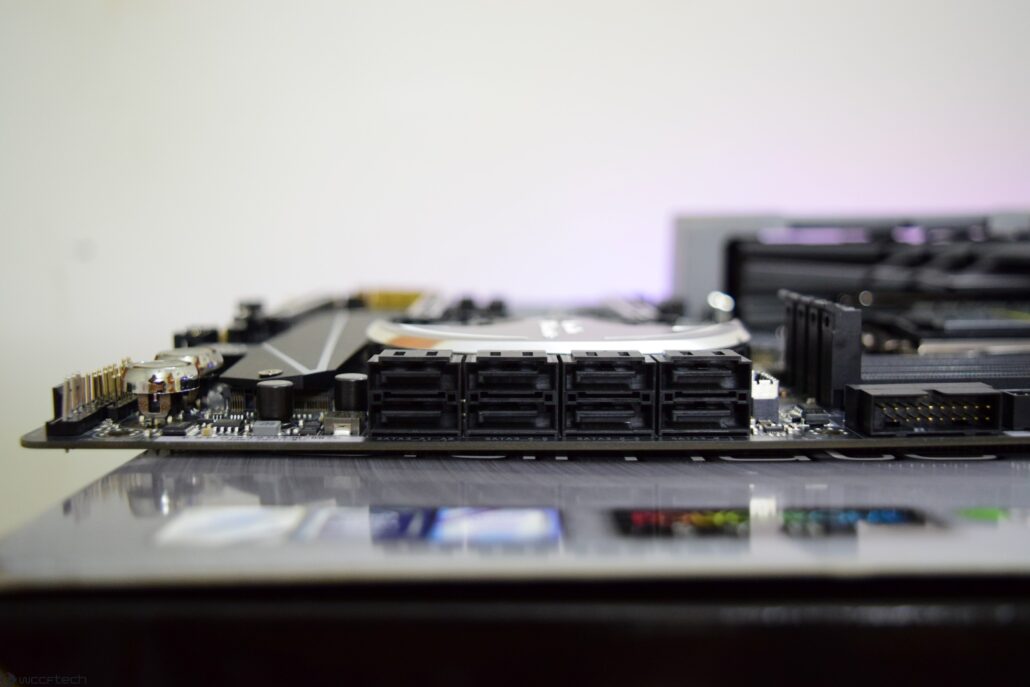 ASRock is using their Purity Sound4 system for audio which is a combination of hardware, software audio solutions. 7.1 CH HD audio with the latest Realtek ALC1220 audio codec, individual PCB layers for R/L audio channel, 120dB SNR DAC. In addition to that, there's also a NE5532 headset amplifier for front panel audio connector that supports up to 600 Ohm headsets. 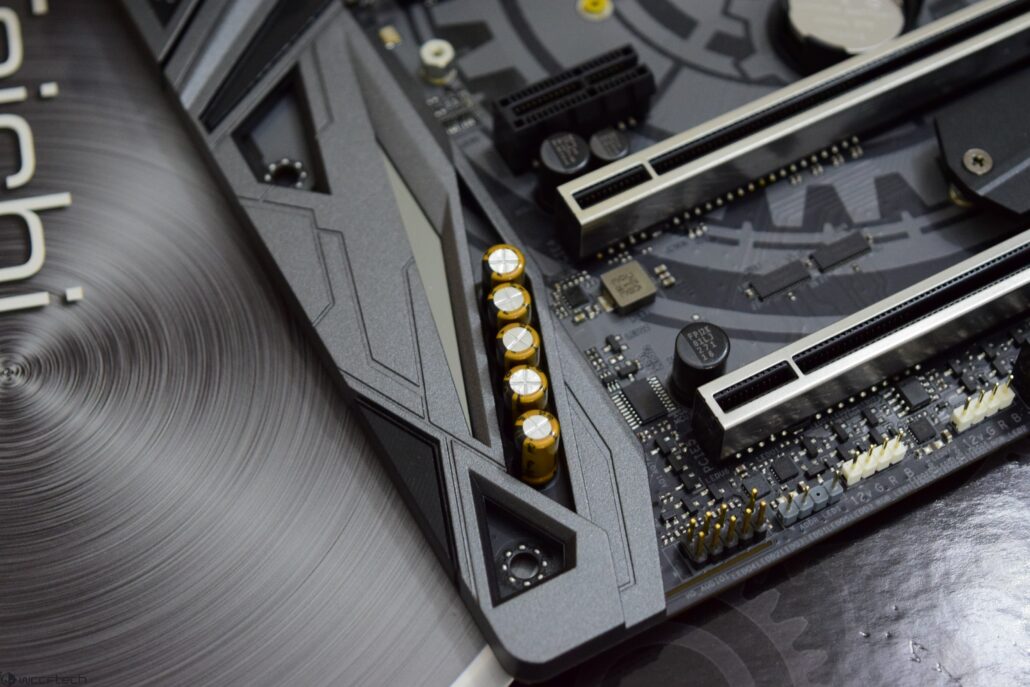 ASRock has placed two very interesting, gold colored buttons at the bottom right-hand corner of the board. The purpose of these switches is to allow users to easily Power or Reset the board in overclocking and system tuning cases. A bunch of other connectors for chassis power, RGB and fan headers can be spotted next to them. The full list of connectors on the motherboard is listed as follows. 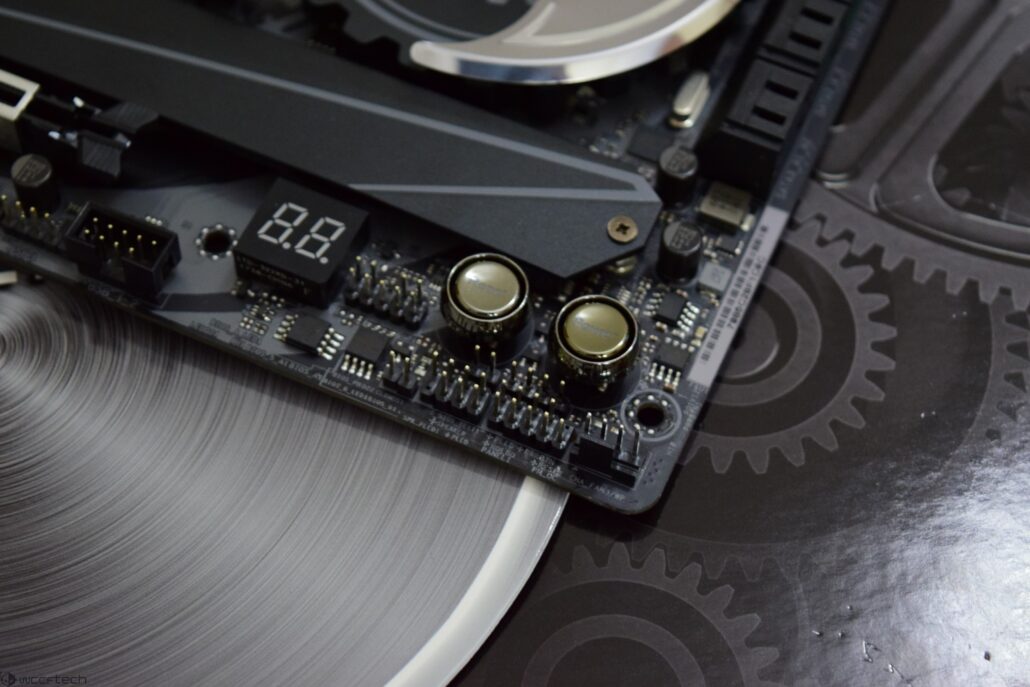 ASRock is using the Intel 802.11ac WiFi Module to power wireless connectivity such as 802.11ac WiFi (2.4G / 5G WiFi) and Bluetooth 5.0. In terms of Ethernet, there are dual Intel Gigabit Ethernet LAN ports and a 10 Gigabit Aquantia LAN port which means networking on this board is going to be really impressive. 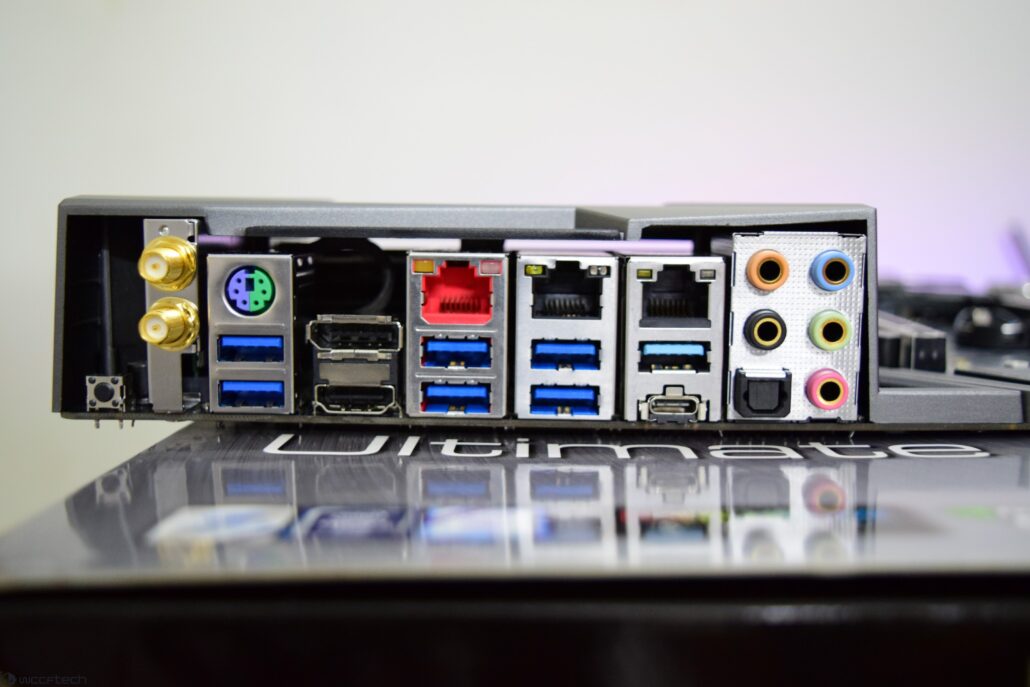 ASRock is using their Polychrome RGB and Polychrome Sync technologies to power the lighting system on the Z390 Taichi Ultimate. There's a range of customization available through the app which can be downloaded directly from ASRock's official webpage. 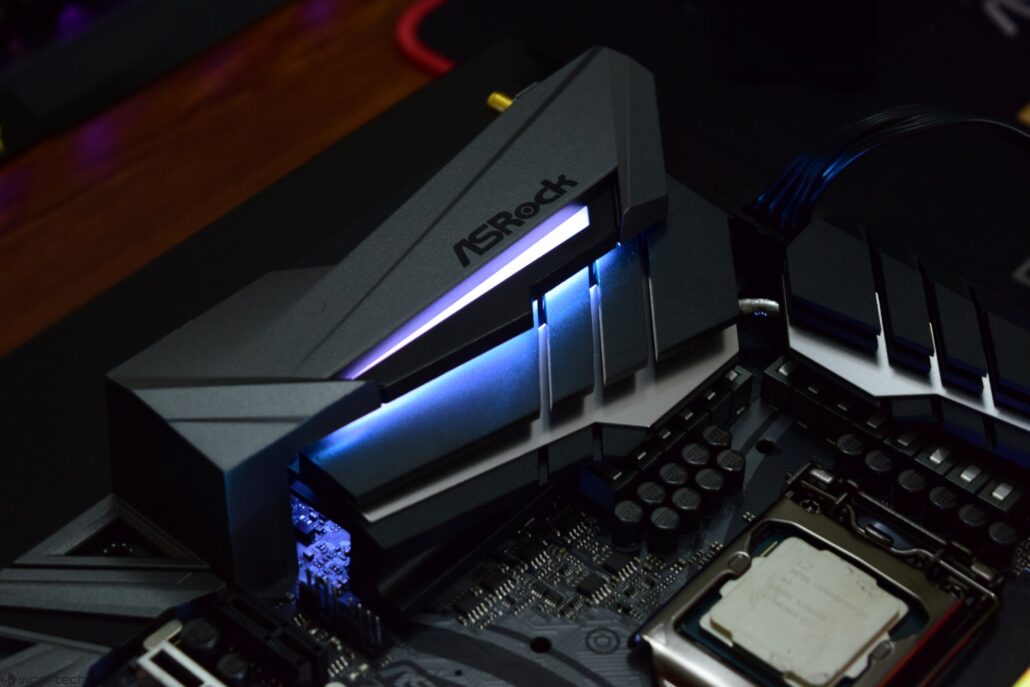