The Intel Core i9-9900K is the flagship chip of the 9th Generation family and it is the one that users will be the most excited about. The competition has finally prompted Intel to reach core parity with their flagship parts and the result is Intel's own 8 core and 16 thread CPU, running up to 5.0 GHz at boost frequencies.

In terms of performance, Intel's claimed that this is the best gaming processors and we fully agree with them. It provides blistering fast gaming performance and now we can see that Intel definitely has the IPC and clock speed advantage, even with an 8 core, 16 threaded part. This provides an ample amount of gaming, streaming and multi-threading performance which mainstream users have been asking for so long.

But there's more than performance when it comes to testing a processor. Intel might have claimed the performance throne but there are other issues with the Core i9-9900K. Starting off with the price, the processor has been claimed to have a retail price of $488 US but after looking closely at the slides provided by Intel, those are 1K unit prices. The actual consumer would have to pay more than that. As of right now, the Intel Core i9-9900K is listed for $579.99 US on Newegg and $529.99 US on Amazon. The AMD Ryzen 7 2700 which is also an 8 core, 16 thread CPU retails for less than half the cost of the Core i9-9900K. Even the faster Ryzen 7 2700X has a retail price closing in at half of that for the 9900K.

Intel does have the performance advantage but considering that a person building a PC around the 9900K would be gaming at no less than 1440p or 2160p, where the applications (games) are more GPU bound than CPU, the pricing doesn't look great at all. Moving on, in multi-threading workloads, Intel is now crushing the competition since their cores run faster but if you want a higher core count chip, a Ryzen Threadripper 1920X with double the cores and thread now retails at less than the asking price of the Core i9-9900K. The platform price is definitely higher on the X399 side compared to Z390 but then again, the option exists for users who are looking for more core crunching power.

Now the overclocking is really great on the Core i9-9900K. The AMD Ryzen 2000 series is hard to get up to 4.3-4.4 GHz but Intel's 8 core and 16 thread CPU can overclock up to 5.3 GHz across all cores. That's a stunning overclock for such a chip and if you are lucky to find a binned chip and add a custom loop, you'd be able to go beyond that.

You'd need a better board though like the Z390 Taichi Ultimate I used here with the suitable amount of power delivery for overclocking. The problem here is that the architecture and process are still the same as the 8th Gen and power consumption rises a lot when overclocked. In terms of cooling, the STIM package really helps but not as much as we hoped for. Furthermore, the overclocking community would face a slightly harder job delidding the chips so you gain some but lose some abilities with STIM.

I think that the Core i9-9900K is definitely one of the best gaming processors on the market and the 8 cores mean that just like Intel's previous best CPU, the Core i7-8700K, you get more cores, faster multi-threading performance and a great feature set on the new Z390 platform that offers users a lot of expandability on their new gaming PCs. The only main concern right now is the price which isn't what Intel promised to consumers and you are literally paying HEDT price for a mainstream CPU. 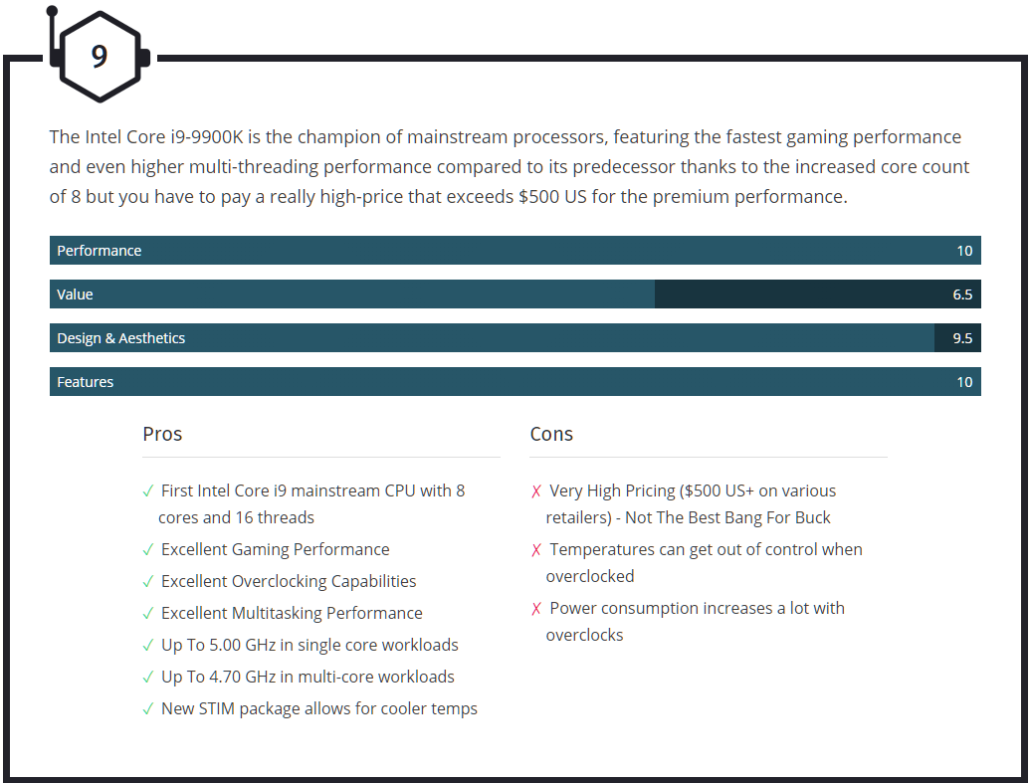 ASRock Z390 Taichi Ultimate - Ultimate As It Should Be

The ASRock Z390 Taichi Ultimate is a powerhouse, hitting that flagship $299.99 US pricing. It's the same price as the X470 Taichi Ultimate but we see a few design aesthetics changes along with new features on the Z390 offering.

It’s 12 Phase power delivery is the most stable system and remains consistent in overall stability and overclocking tests. The ASRock Z390 Taichi series is built for high-tier memory support and DDR4-4200 is just a fraction of what’s possible. I was able to booth up the Trident Z RGB memory kit fine at it's rated speed of 3600 MHz (CL18) but given that there are higher clocked memory kits out in the market, they won't be an issue for this motherboard at all. 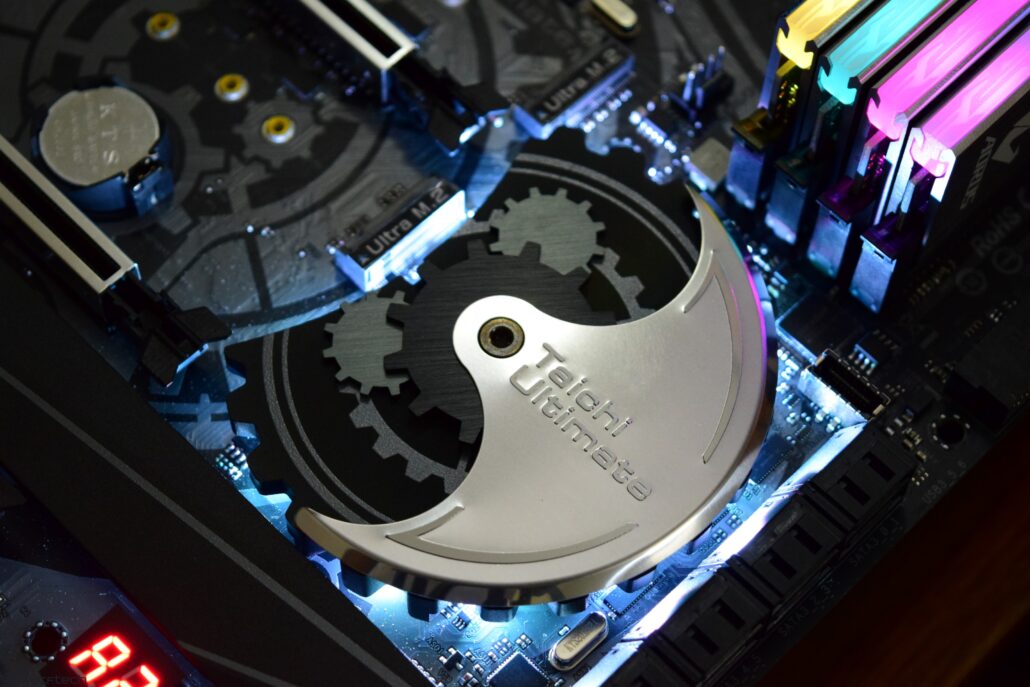 The whole feature set for this motherboard such as Realtek ALC1220 audio codec, a ton of USB 3.1 (Gen 1 / Gen 2) ports, dual M.2 ports and one with an M.2 heatsink is all a user would ever want. In terms of storage, you’d find 8 SATA III ports which are good enough for enthusiasts in addition to the PCIe based storage connectivity. The wireless dongle on the motherboard provides good WiFi coverage over a large distance while the AQUANTIA 10G LAN on the Taichi Ultimate makes for a killer combination on this high-end motherboard.

The ASRock Z390 Taichi Ultimate is the king of ASRock’s Z390chipset lineup and as a king, it does cost a bit more but provides the full feature set that would make any 8th or 9th Generation CPU run stable and OC even better than the other Z390 offerings. With a range of features and wide expandability options, this is one of the best Z390 boards that you can get right now, especially if you are going for an 8 core Intel processor.

The ASRock Z390 Taichi Ultimate offers ultimate overclocking capabilities for Intel's latest 9th Generation 8 Core processors. It costs slightly more but in return, offers you a lot in the form of 10G Ethernet, more USB and SATA ports and various expandability options which make this a perfect gaming platform for your new PC.