We are finally at the part that most of you have been waiting for. Let's go over our testing approach first. We tested the EVGA variant against the other 1080 Tis we had on hand (of the 11 GHz variety) and tried out both the stock and an overclocked setting. We tested each title in 1440p and 4k resolution, which is what we believe to be the relevant resolutions for this tier of GPU. Most of the games tested have their own benchmarking tool. The GTX 1080 Ti claims to be a 4k-capable GPU and we aim to put this to the test.

Our test configuration is as follows:

Our OC configuration was as follows:

Without any further ado, here are the testing results: 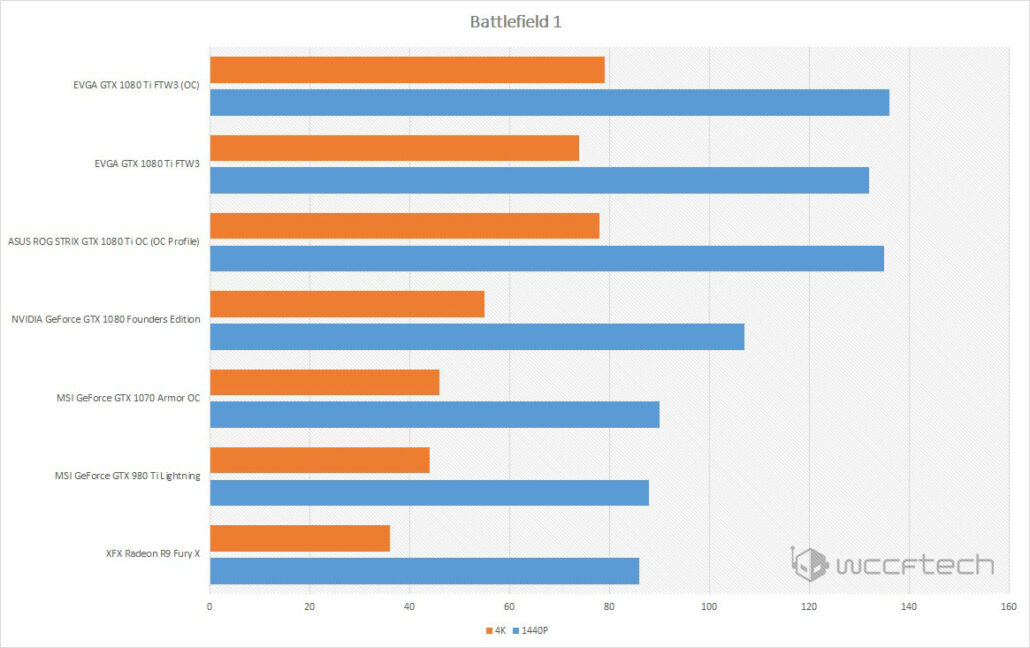 First up we have Battlefield 1, where the 1080 Ti FTW3 instantly establishes its lead as the leader of the pack (with the OC profile dialed in). Frametimes were very smooth across the board (we use a secret sauce technique that we will be sharing with you guys in an upcoming feature) and well go over them in detail soon. 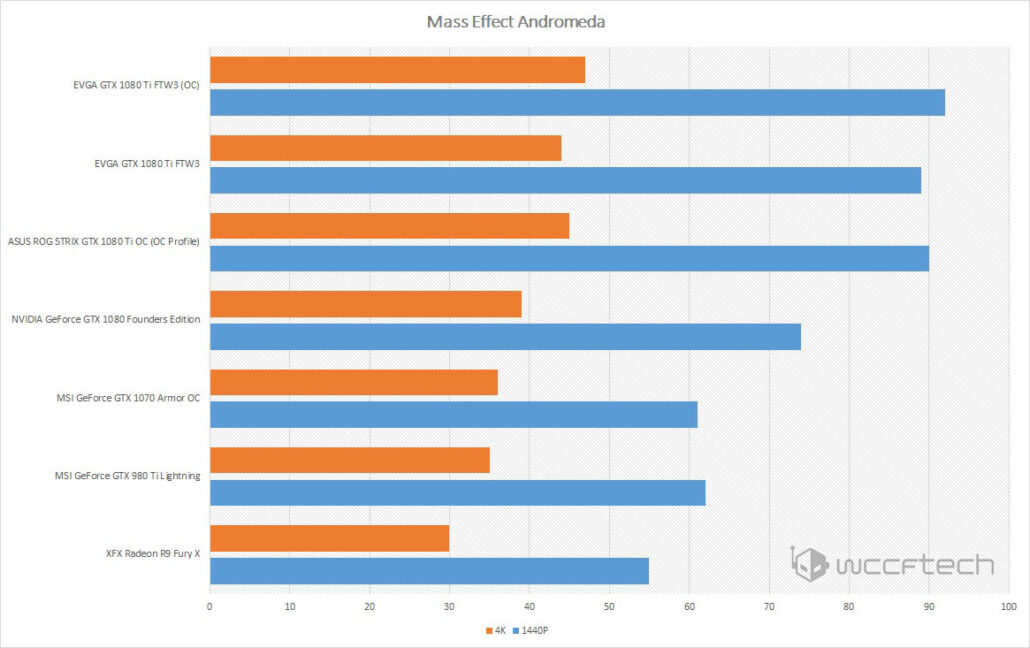 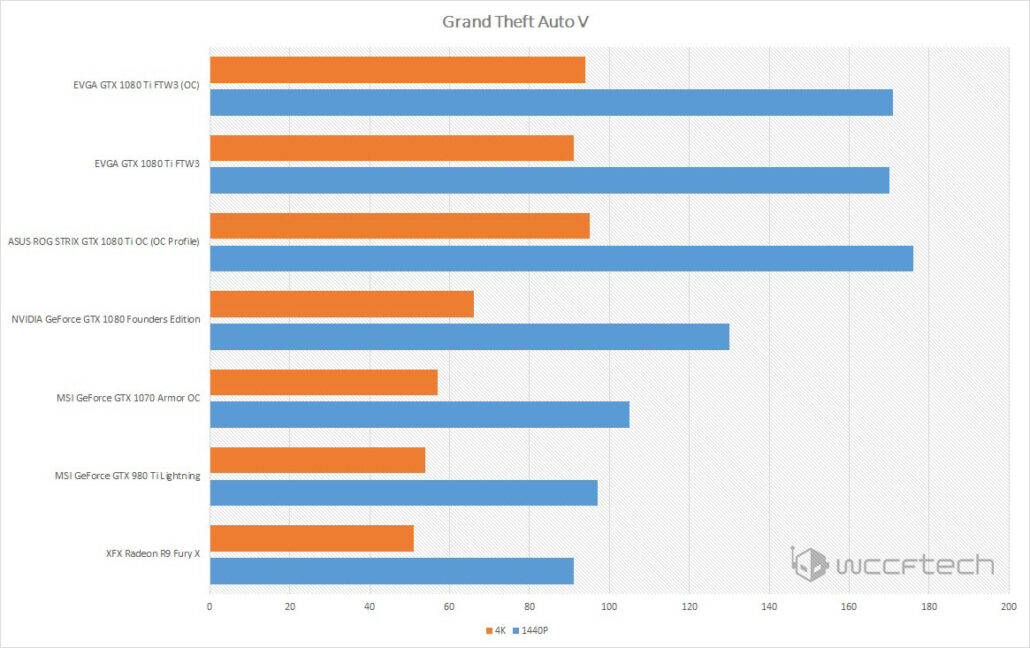 GTA V is one of the few titles where we saw the EVGA FTW3 drop behind the ASUS STRIX and its not immediately clear why the difference is there considering everything is pretty much consistent. 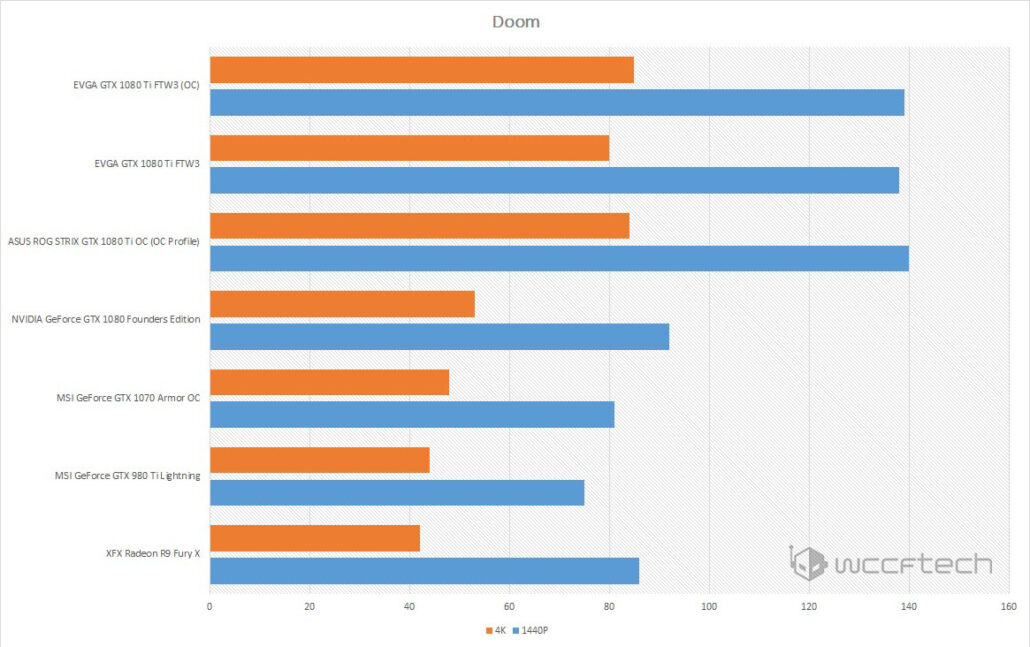 Doom is a special title in our testing, particularly because it runs on OpenGL and we have seen some very interesting things happen on this API with early drivers giving a large performance lead to AMD parts. In this particular title as well, we see the ASUS variant draw just a little bit ahead of the OC profile we set for the FTW3, but not by a lot. 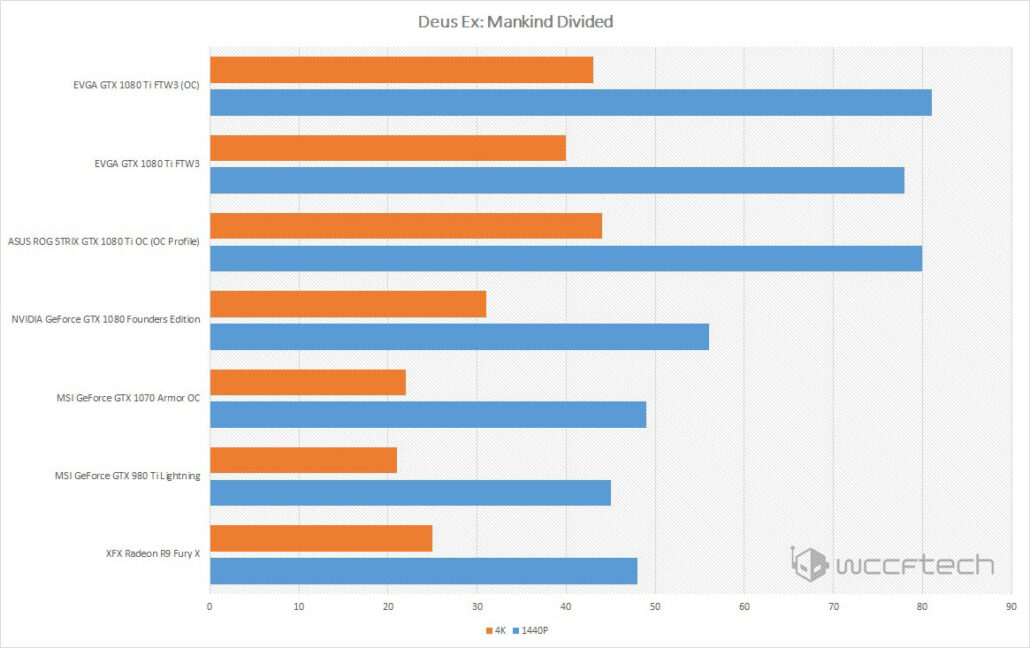 Deus Ex: Mankind Divided is one of the more popular DX12 titles to test and consists of a lot of eye-candy visuals. The EVGA 1080 Ti FTW3 absolutely eats through the game and can deliver solid performance which, with the OC profile added, easily topped our charts. 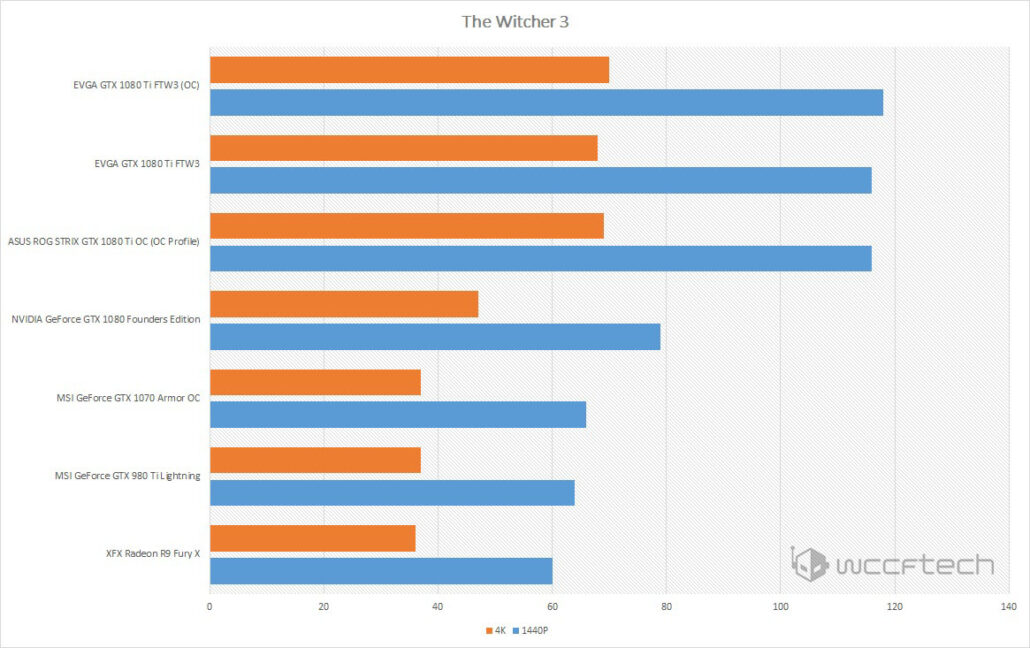 Up next we have The Witcher 3, one of our time tested titles for graphical prowess. No surprises here, the EVGA 1080 Ti FTW3 leads the pack. 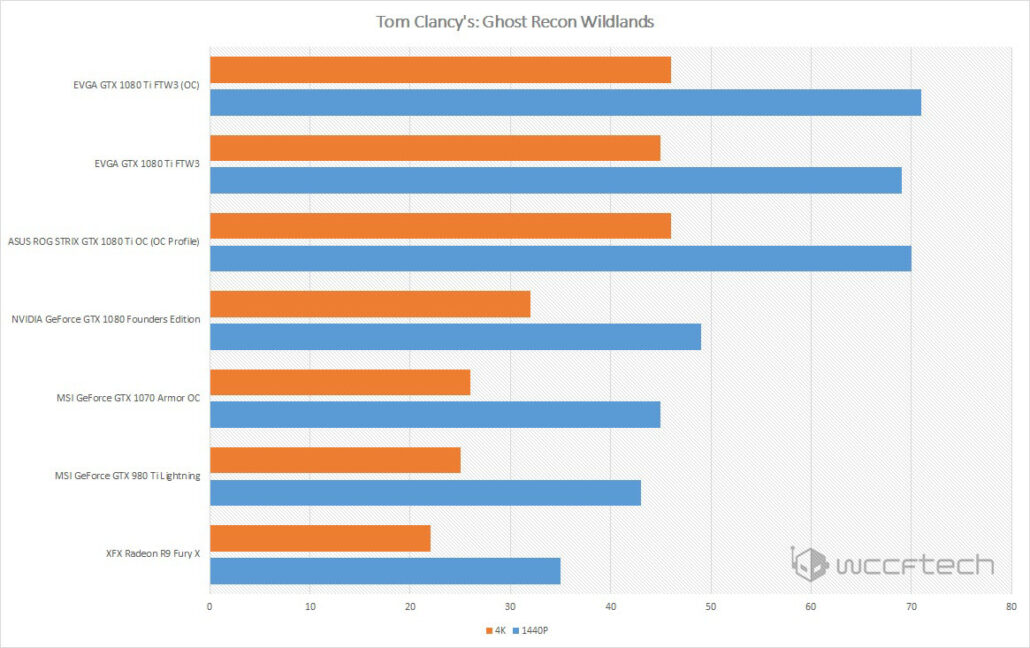 Tom Clancy's Ghost Recon Wildlands is the second last title we tested and the EVGA GeForce GTX 1080 Ti FTW3 comes out on top here as well. 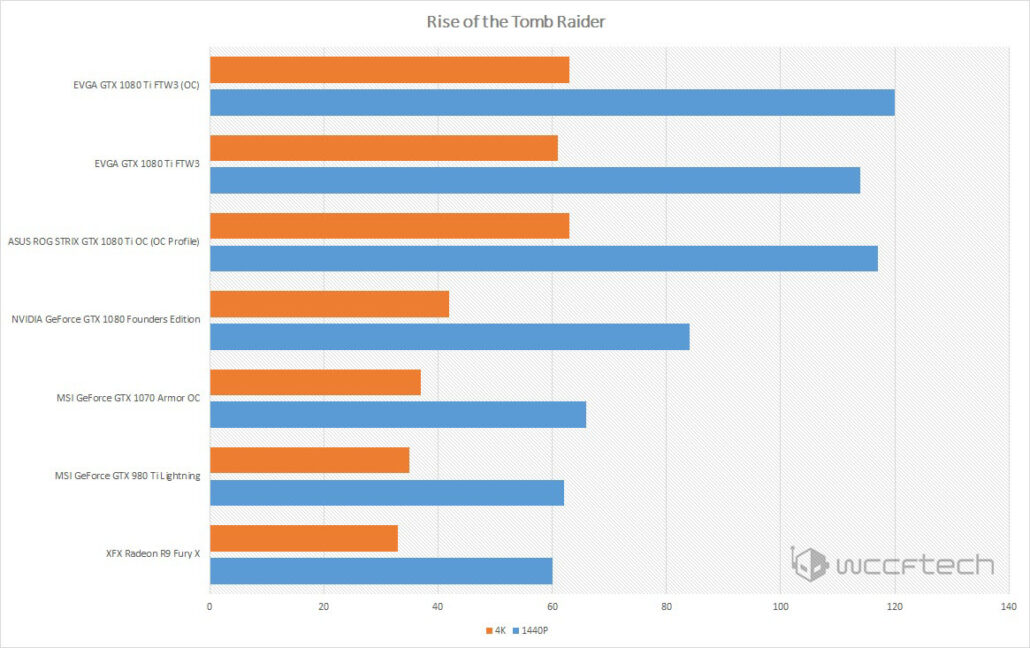 Finally, we have the Rise of the Tomb Raider, which has become one of the few titles that you will find in pretty much every review. Unsurprisingly, the EVGA FTW3 tops the charts here as well. So out of the 8 titles we benchmarked, the EVGA FTW3 secured the top position for 6, quite easily making it the best performing GPU of the dual slot variety.