Huawei's sub-brand Honor is slowly emerging as one of the best contenders in the mid-range segment. Honor's previous devices have witnessed good responses in countries like India and China. The recently launched flagship from Honor, the Honor 8 Pro, is getting a lot of positive feedback from users in the regions where it has been launched. Many are comparing the phone with the recently launched OnePlus 5 (priced at $479) and in fact, believe that the Honor 8 Pro is better than the OnePlus 5 regarding performance and pricing.

The Honor 8 Pro was launched at £474.99 in the UK (in April, 2017). It was later unveiled in India for Rs. 29,990 which converts to $463. The company is yet to announce the availability and pricing for the phone in the US, but we are pretty sure that its pricing will be in line with the other regions.

We decided to test the device ourselves and see if it is the flagship killer that we have been waiting for in the mid-range segment. But before going into the details, here's the complete specs list of this well-rounded flagship phone. 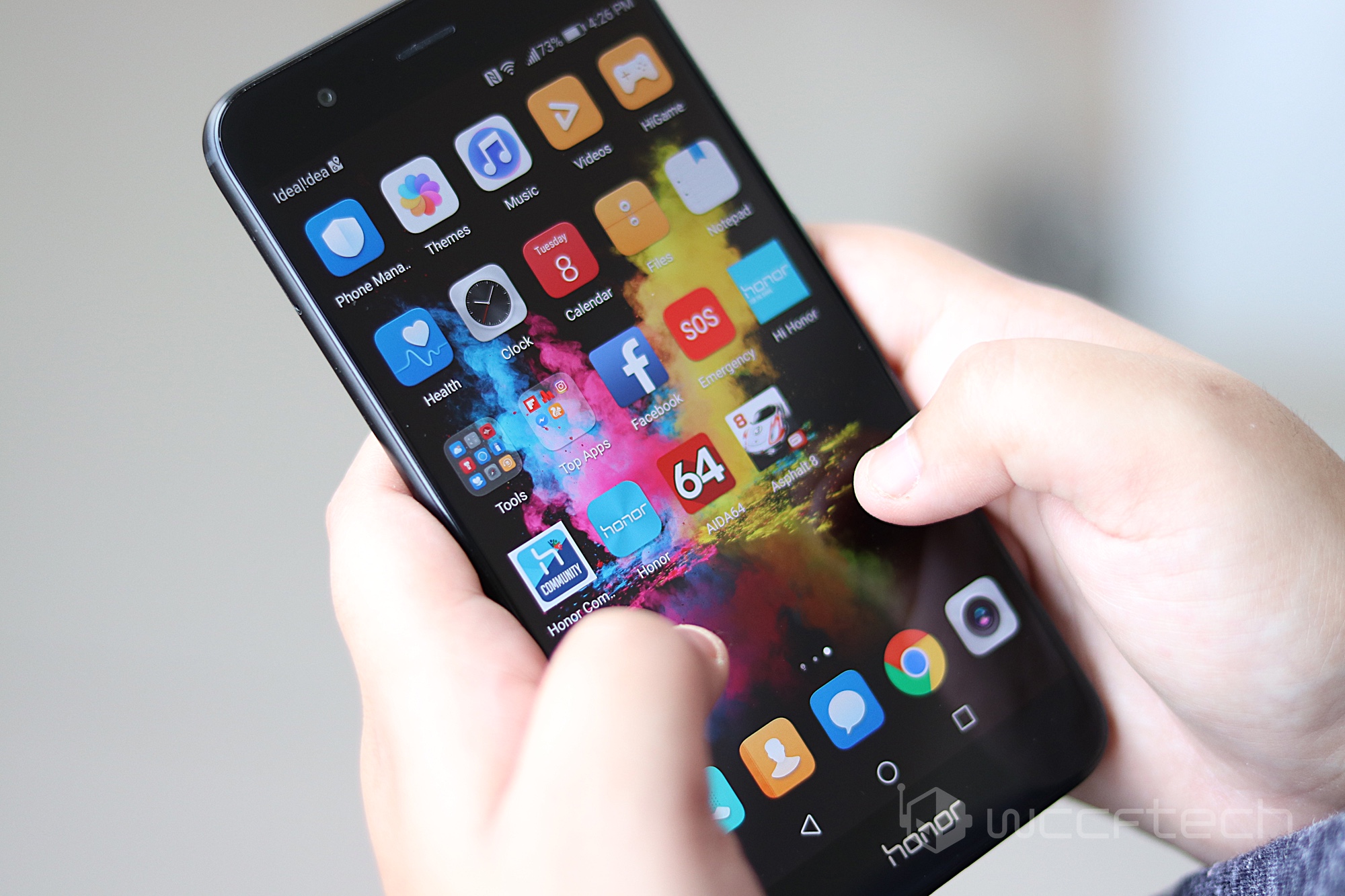 The Honor 8 Pro comes with a metal unibody and is available in two colors - Midnight Black and Navy Blue. We got our hands on the Midnight Black variant of the phone. The device features a sleek body with curved edges and measuring 6.97mm in thickness.

Surprisingly, even with this sleek and compact body, the phone managed to house a 4000mAh battery. We won’t say that the phone is lightweight, but it is not bulky and weighs just around 184 grams. It feels good to hold the Honor 8 Pro, but it can be a bit slippery (not as much as the glass-bodied Honor 8, though). 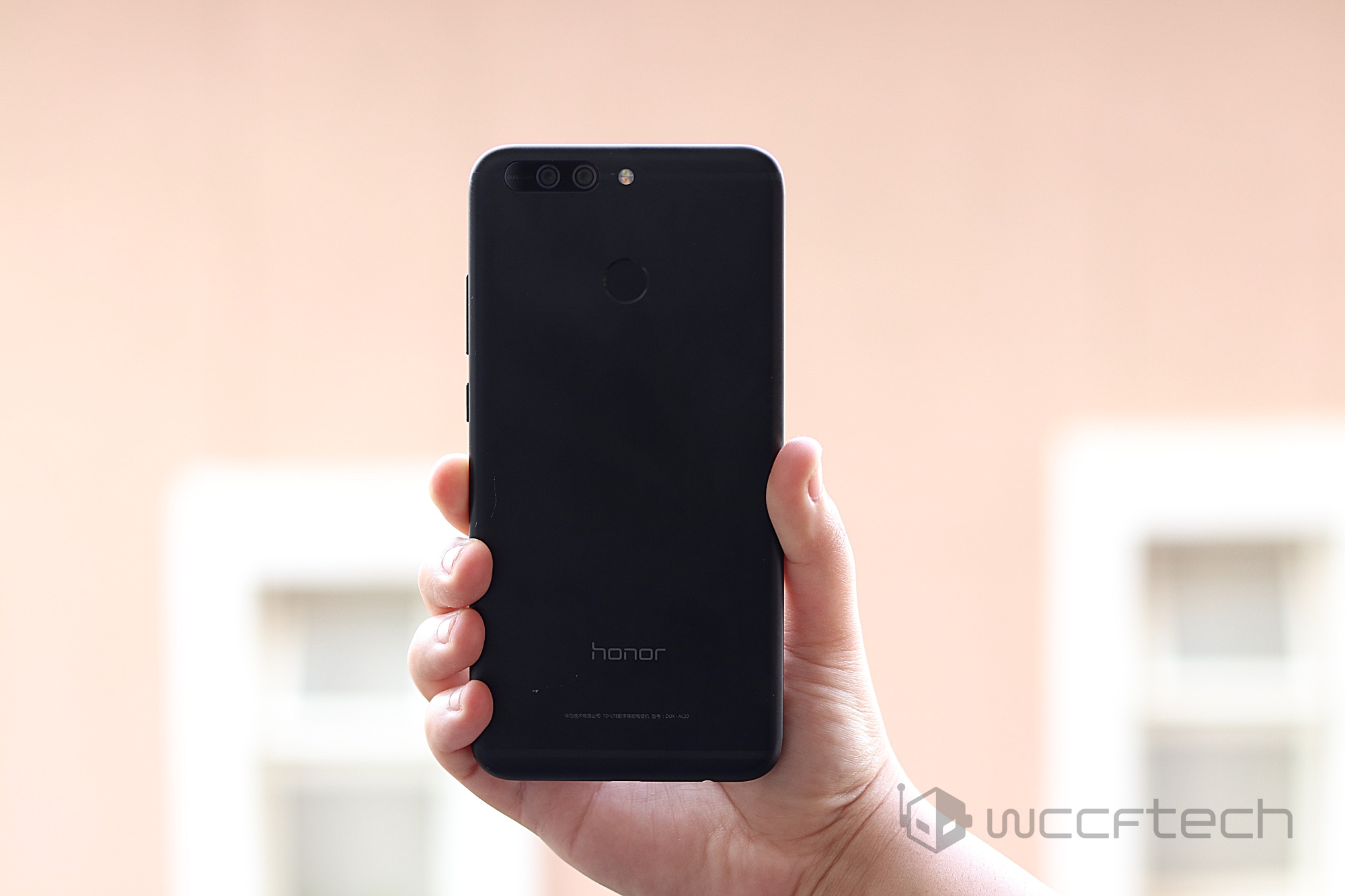 On the front, there is a 5.7-inch Low-Temperature PolySilicon (LTPS) 2K display with thin bezels on the side. There is an 8MP front-camera sensor on top of the front panel alongside earpiece and other sensors. On the right side, it has the volume rocker and a power button. The left side houses the SIM slot and at the bottom of the panel we have a USB Type-C port and the 3.5mm audio jack. 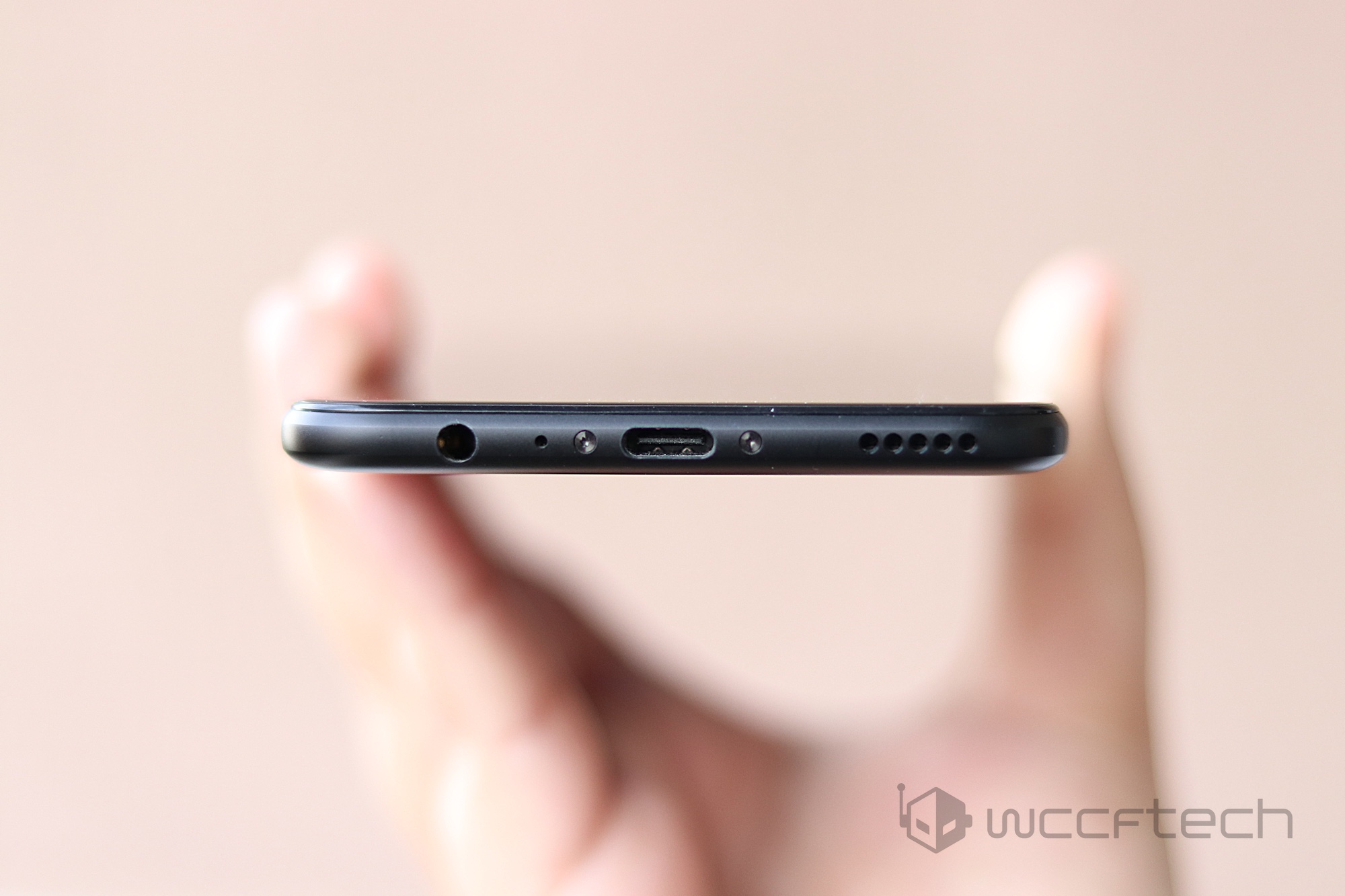 The display panel on the Honor 8 Pro looks gorgeous and is resistant to scratches. The colors are vivid and visible even in bright daylight, but if you don't like too much brightness on the screen, then you can use the "color comfort mode" that's available in the settings menu. If the 5.7-inch screen is too big for you to handle, then you can also enable one-hand usability mode by swiping left on the navigation panel on the main screen. 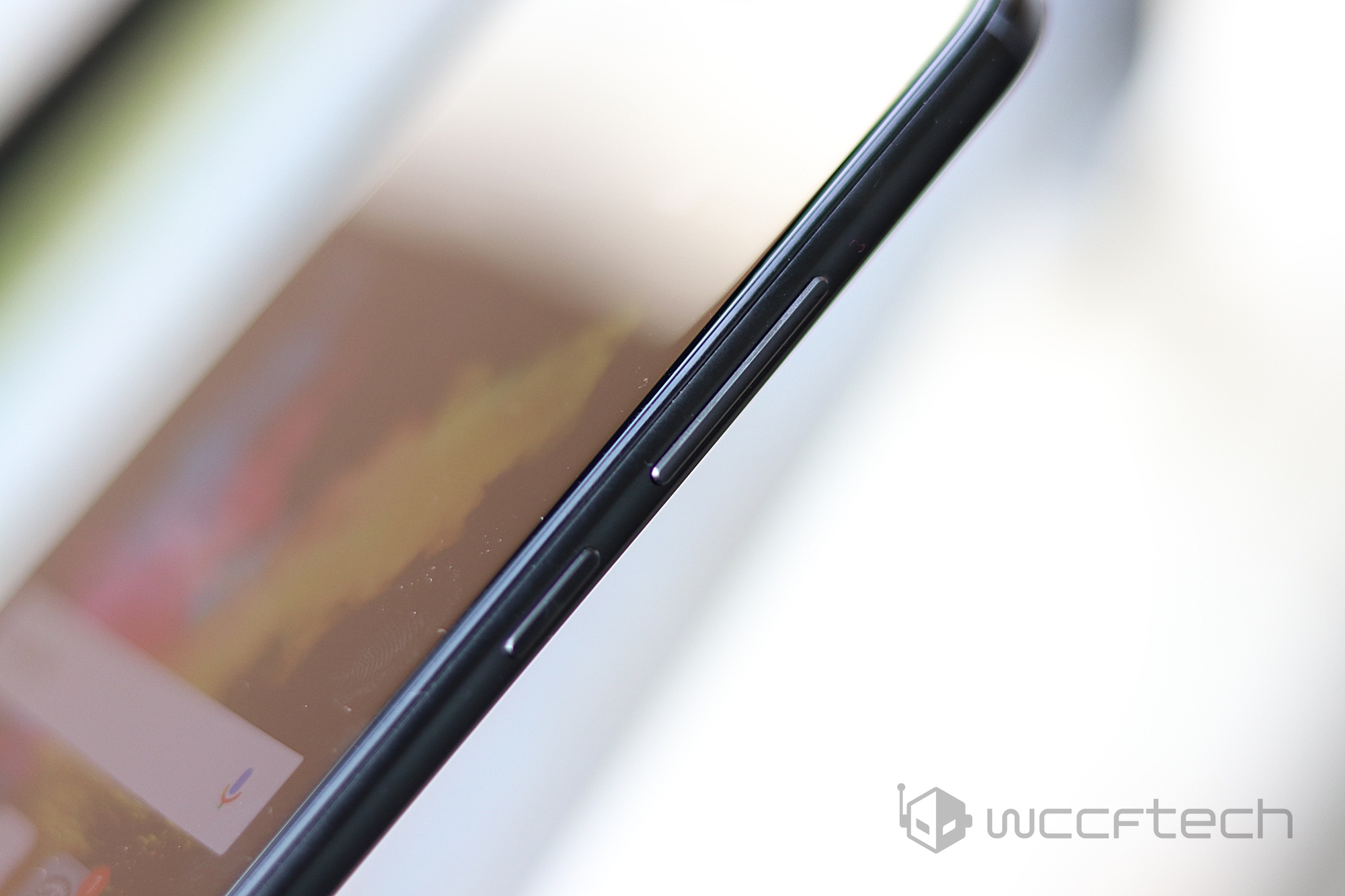 Talking about the VR headset, Huawei has thrown in a gimmick: there is a rectangular DIY VR headset that you will find inside the phone's box, which is paired with the main box to create a complete VR box. Similar to other cardboard VR headsets, this one also works quite well. 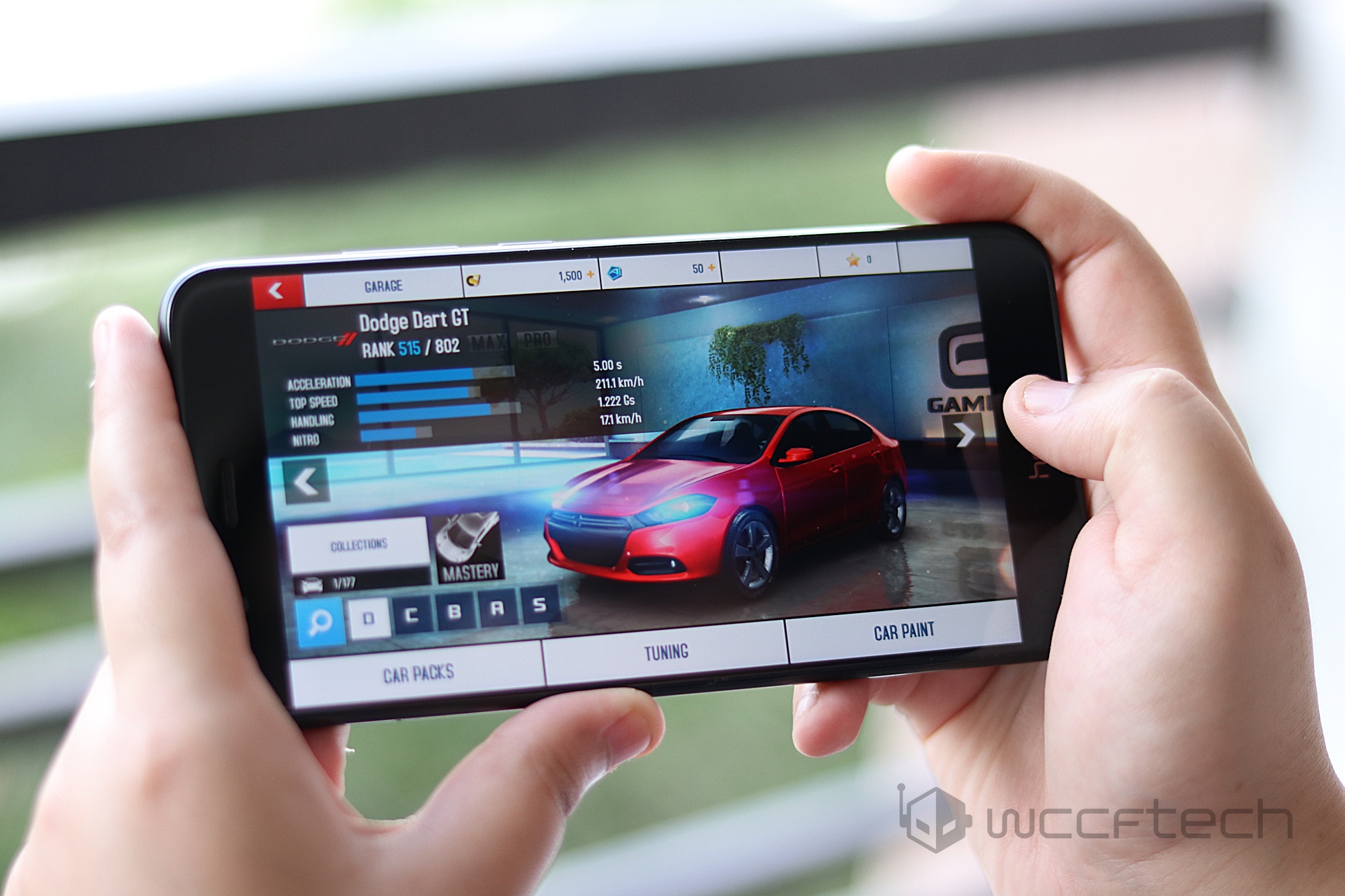 Coming to the performance of the Honor 8 Pro, we were quite impressed with Huawei's HiSilicon Kirin 960 chipset. Paired with 6GB of RAM and 128GB internal storage (expandable up to 128GB via microSD card), we got flagship level performance. We used the phone for a week (loaded it with apps and games, performed exhaustive multitasking) throughout all the activities, the Honor 8 Pro didn't disappoint us and delivered seamless task execution.

We also ran a few benchmark tests on the Honor 8 Pro, wherein it scored well. On AnTuTu, the phone scored 117,459 that is on the level of any device powered by Qualcomm's Snapdragon 820 or 821 chipset, but the score is slightly less when you compare it with phones running Qualcomm's latest Snapdragon 835 chipset. The difference in score is also due to the 16nm fabrication on the HiSilicon Kirin 960 chipset, which is lower than the 10nm fabrication of the Snapdragon 835 SoC but close to the 14nm Snapdragon 821 SoC.

Given the recent allegations on OnePlus 5 for tampering with benchmark scores, we can't really compare Honor 8 Pro with OnePlus 5 on the basis of benchmark graphs.

We played games like Asphalt 8: Airborne on the phone and the experience was fine. The graphics were on the point, but it should be noted that after 20 to 25 minutes, the back panel of the device started heating up. High thermal levels made us wonder if the phone is only good for multitasking and not continuous gaming. Also, there is no waterproofing on the phone, which means that one has to be careful when using the device in the rainy season or near a pool. Not a deal breaker in this price range. 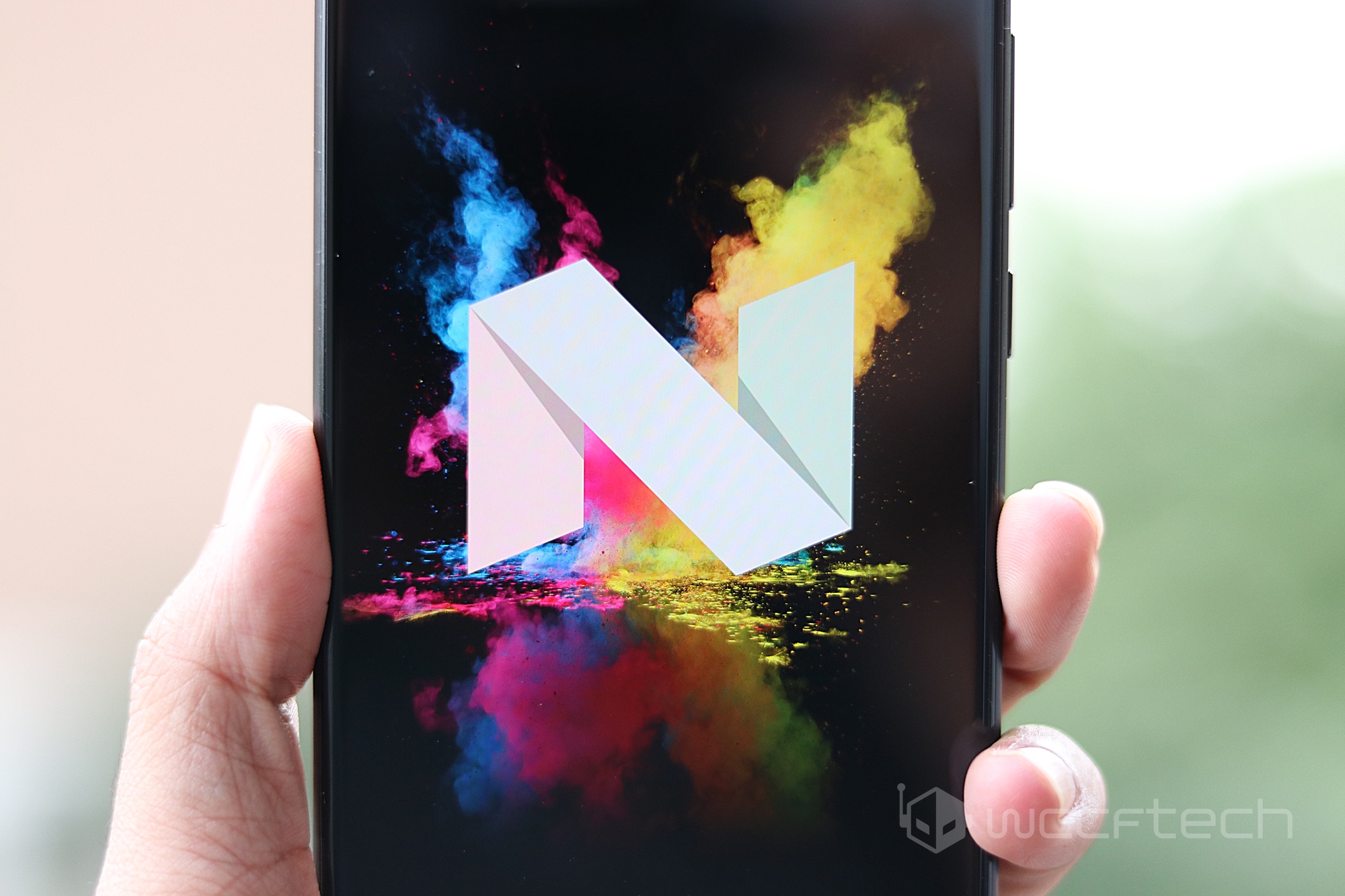 The Honor 8 Pro runs Huawei's proprietary EMUI 5.1 overlay that is a based on Android 7.0 Nougat. Being a customized UI, Huawei has thrown in some extra features that one can't find on stock Android. There is a built-in voice control feature in the phone that answers to the phrase ‘Dear Honor’ and comes handy when you can't find your phone. When you say the phrase loudly, the phone responds with a loud noise and flickering flashlight, which makes it easy to spot the phone. Fun times!

Besides, there are some built-in power saving features, such as the Power Saving mode which restricts background apps usage. There is also a Screen Power Saving option that lowers the screen resolution so that your phone’s battery can last longer. Of course, there are some totally unnecessary preloaded apps on the phone but the good thing is that you can delete them. 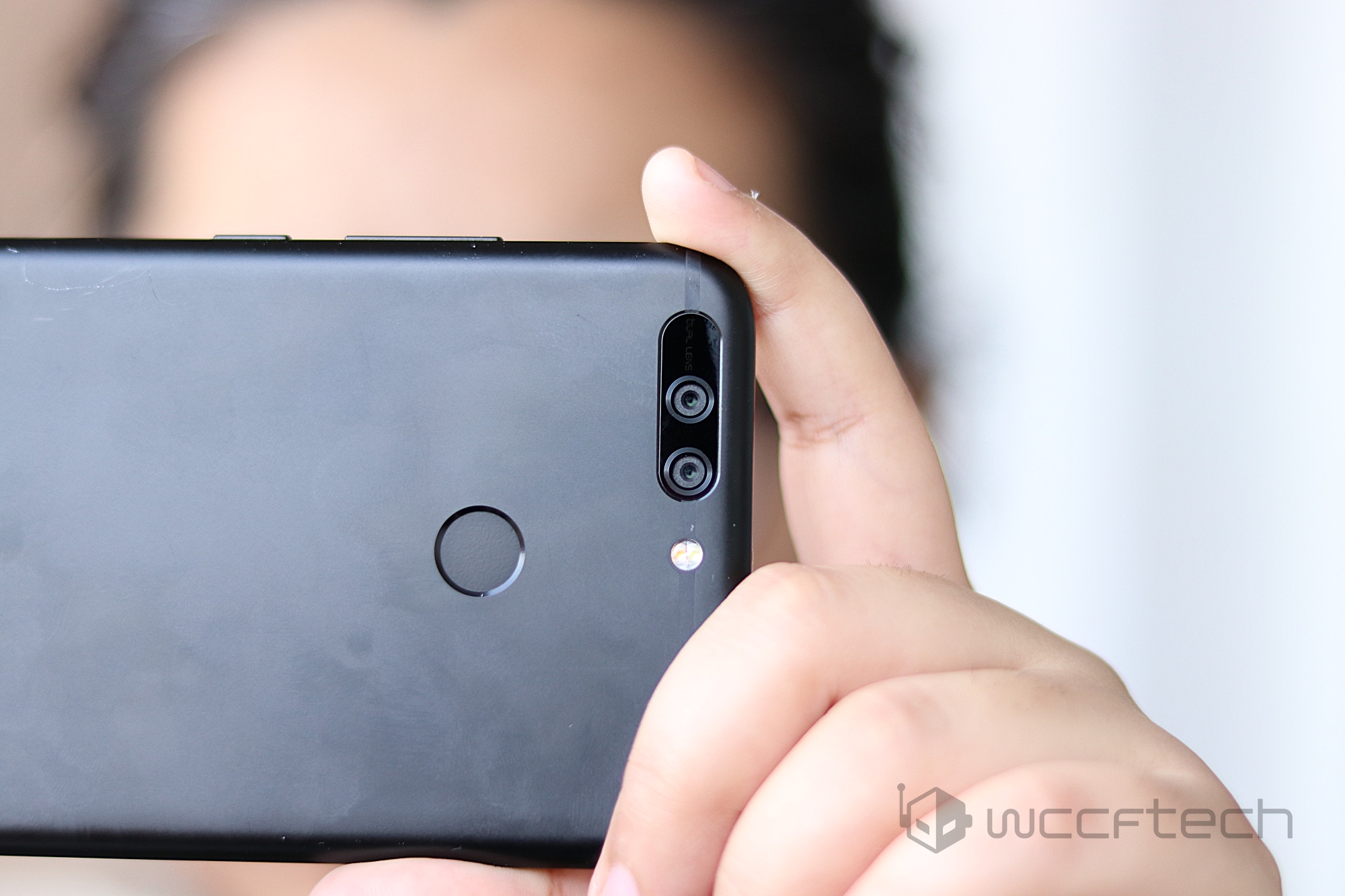 This is the segment where the Honor 8 Pro truly shines. The dual-lens camera setup on the rear with a pair of 12MP, dual-tone LED flash, and f/2.2 aperture, autofocus. The camera offers great performance in most conditions. Shutter lag is low, and the final picture comes out in the best quality. Given its pricing, the Honor 8 Pro's camera can compete with the flagships like the HTC U11. The pictures clicked are bright, sharp, and in the right color tone. 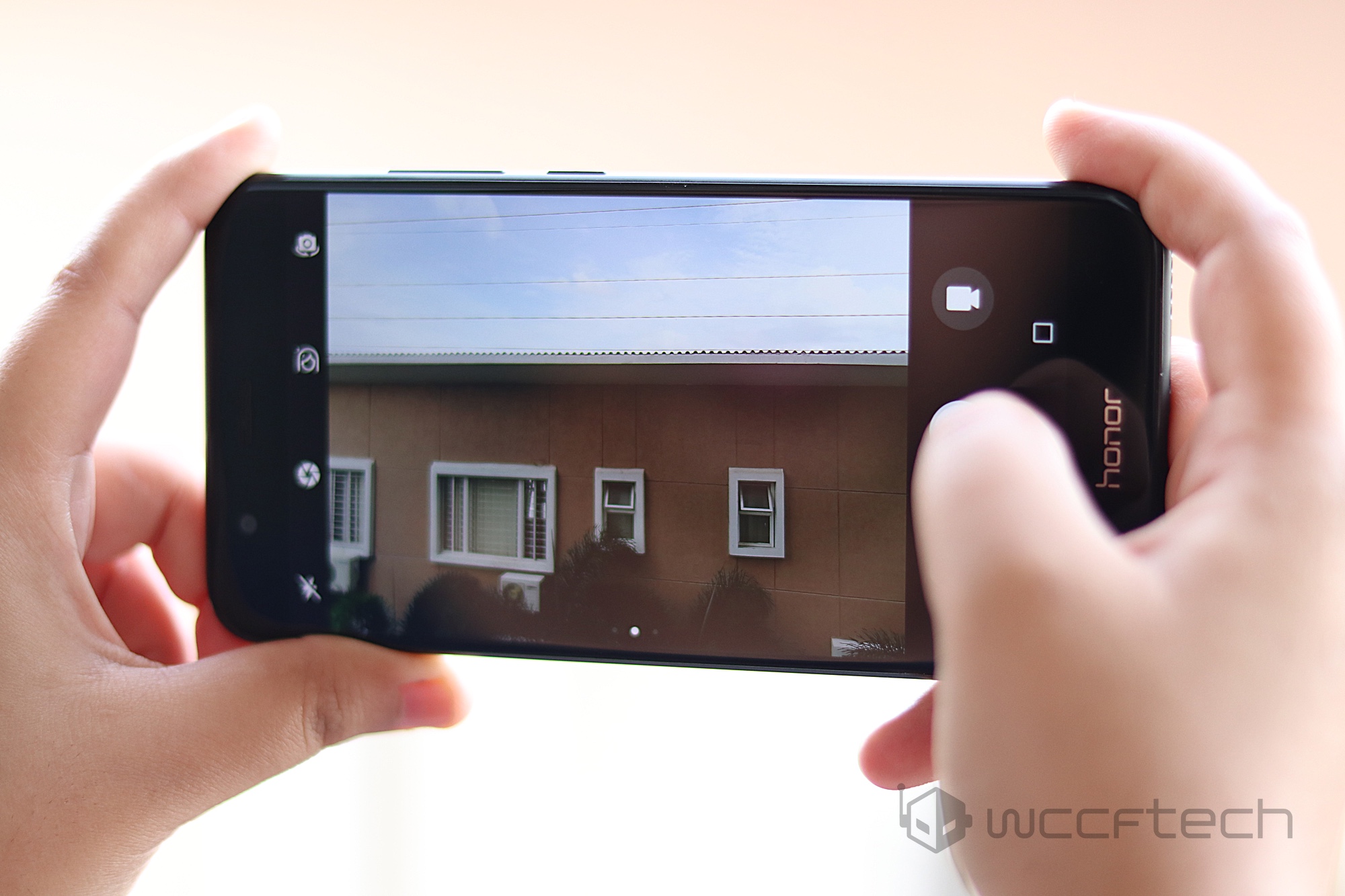 There are many modes in the camera app (as you can see in the pictures) such as Monochrome, Pro, and more. The Honor 8 Pro comes with independent RGB and monochrome sensors rather than the telephoto lens that we have seen on other flagships. Huawei claims that the monochrome sensor captures more light, which results in better monochrome shots. Among the many modes available in the camera app of the phone, the Pro mode is great for taking still shots and videos. 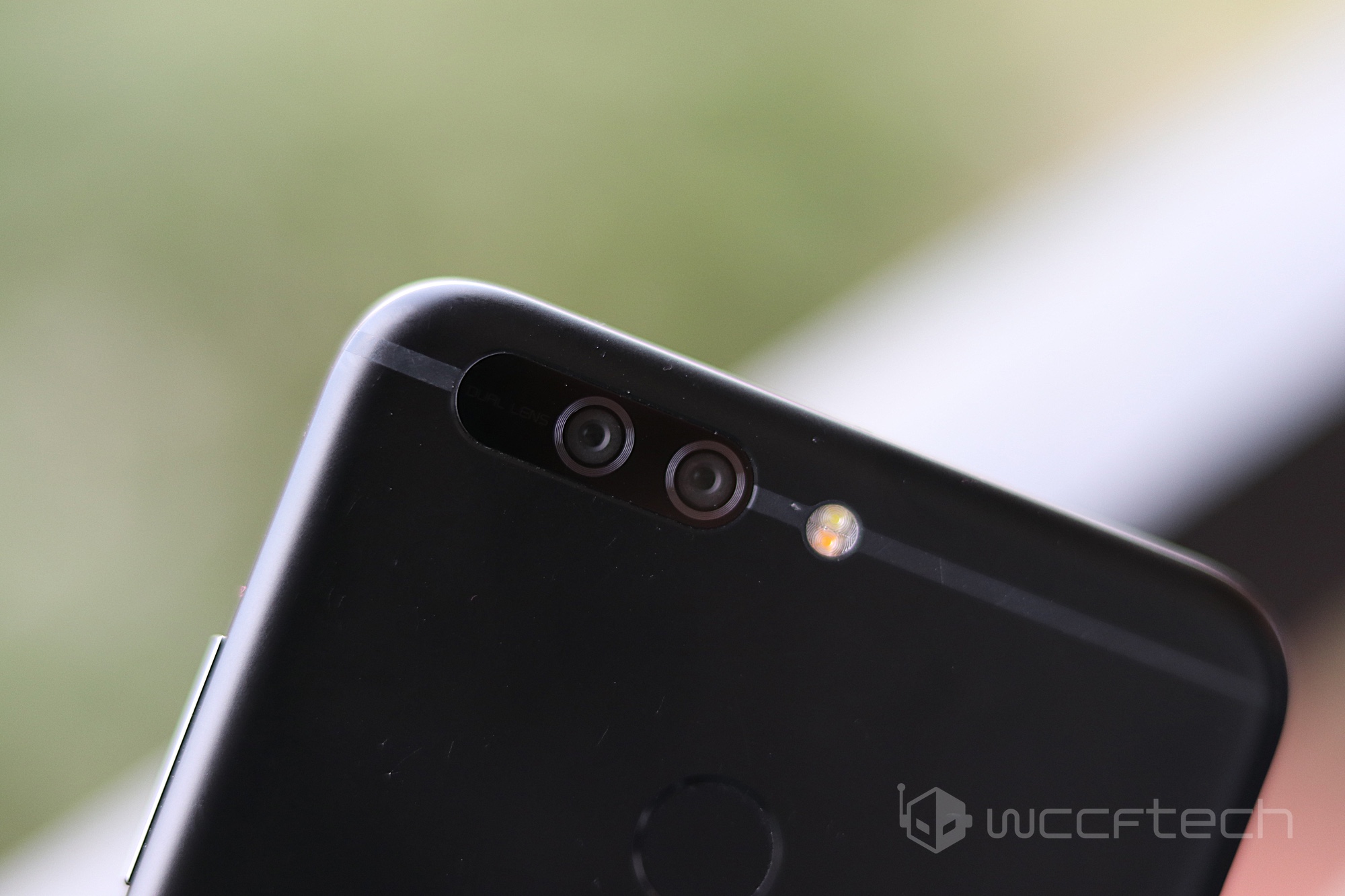 By default, the camera app adds the "Honor 8 Pro" watermark to the images, but you can remove it by going into the settings of the app. Regarding the 4K video recording, there was lag during the recording but the final output was not affected by it. 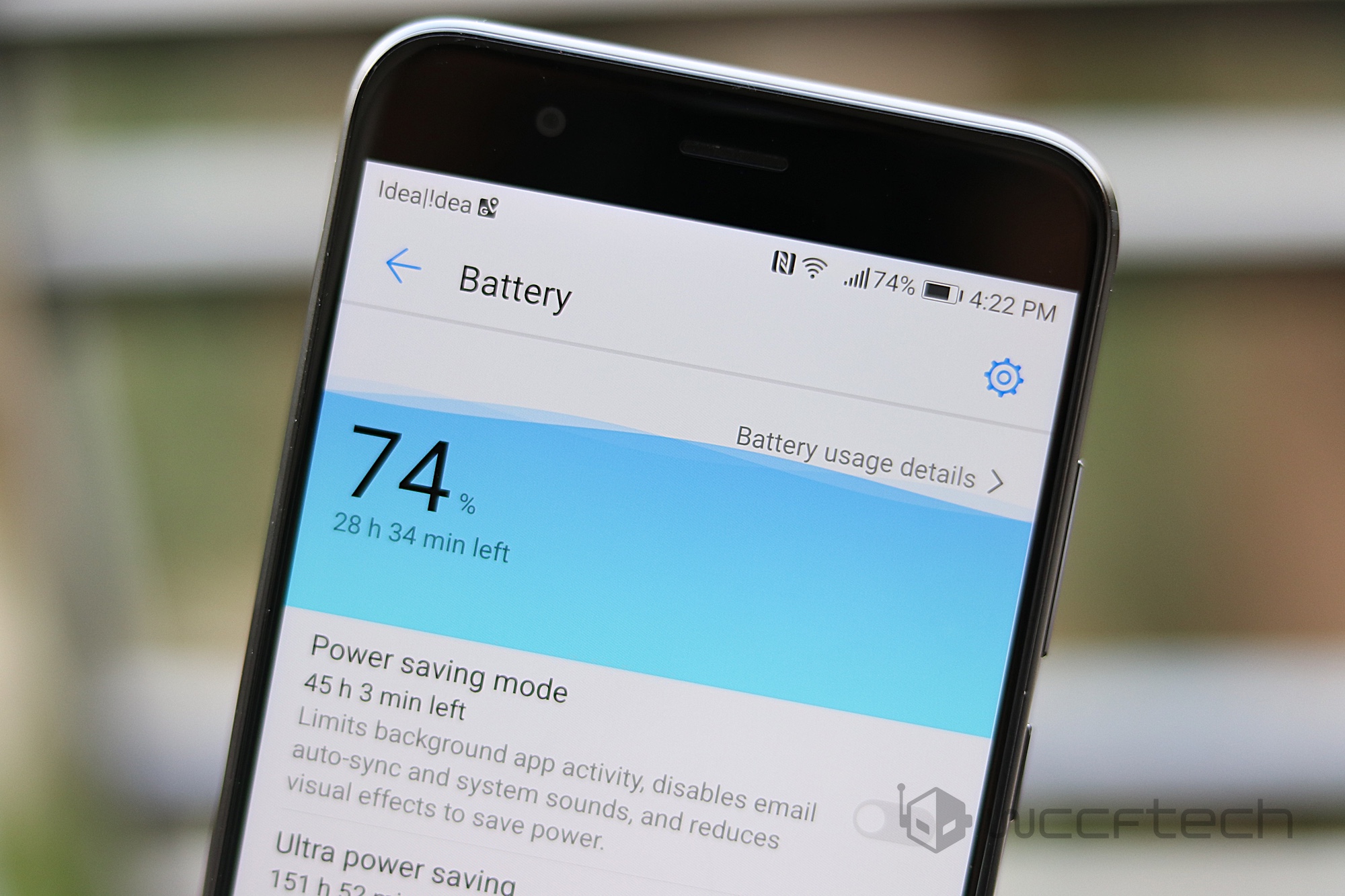 The battery performance of the device in heavy usage is not that great but isn't too bad either. For the initial testing, we used the phone extensively and it still managed to last us for a day. The 5.7-inch display and the QHD resolution sucked most of the power during the usage along with some battery sucking apps. On low usage, the phone's battery can last for more than a day, but not as much as you'd expect from the mammoth-sized battery.

The great thing is that the phone supports quick charging, which means it can go from 0% to 100% in under a couple of hours. The QHD display comes across as the primary reason for weak battery performance.

Overall, the Honor 8 Pro is a great device in its tier and might just prove itself to be a OnePlus 5 killer. Many have compared it to the high-end flagship phones thanks to its sleek looks and a power-packed specs list, and the device is an absolute rockstar in the mid range smartphone market.

The phone is suitable for everyday work and handles multitasking pretty smoothly. Camera performance is on point too, but battery life could have been made a tad bit better along with the addition of waterproof coating. The one segment that the Honor 8 Pro might not be able to seduce is the gaming community. At least our test unit experienced heating issues after prolonged gaming sessions. But, if you are looking for a phone with good performance, powerful features, high-end looks, and affordable price tag, Huawei Honor 8 Pro will make you happy.

Huawei's Honor 8 Pro justifies its price tag with its gorgeous looks, strong camera performance and powerful specifications. It emerges as a rival to the OnePlus 5 by offering similar specs and performance at a lower price tag. An ideal buy for photography aficionados who want powerful specs on a phone without draining their savings.