HTC U11 Review: A Stunner With ‘Squeezable’ Design That’s Worth Your Money

There used to be a time when HTC was among the top manufacturers for high-end smartphones, but as time passed and the competition got better, HTC succumbed to the pressure and started struggling to hit the right chord with consumers. We all remember HTC's flagship from last year - the HTC 10, which brought the company back to its feet and delivered excellent performance with great design. HTC is now back with another flagship - the HTC U11 that is pitted against Samsung's recently launched Galaxy S8. Armed with high-end specifications, a smooth UI and software, and “squeezable” chassis (for Edge Sense), is it worth your money? Find out in our review!

The Display & The Shiny Rear Panel 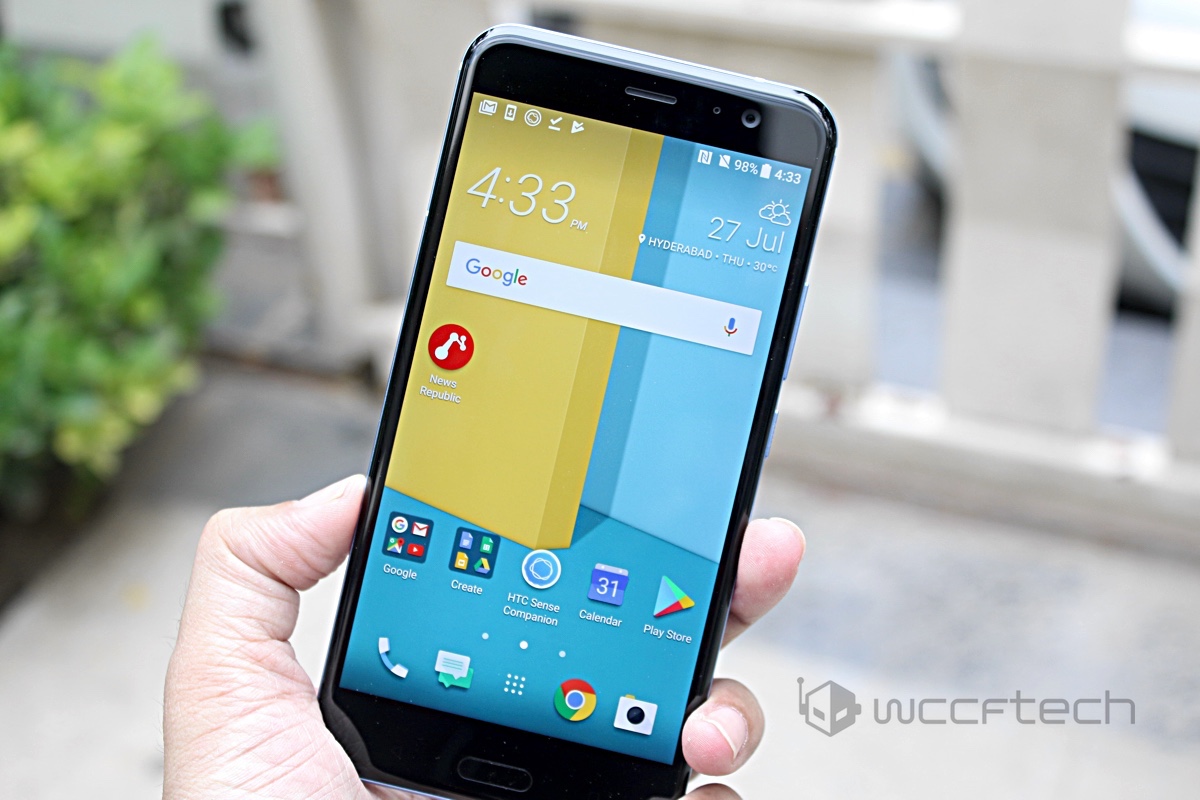 The HTC U11 boasts a ‘Liquid Surface’ design that is seen on the other U series phones like HTC U Play and HTC U Ultra. This new design is a combination of metal and glass, and we must say that HTC has done a great job with the U11's display while the rear panel is housed within a shiny metal frame. The best part about the frame is the color shift that happens according to the angle you are holding it. The reflective glass finish is definitely a head turner. As fragile as it may look, the HTC U11 is also comfortable when you use it without a cover but it does get a little slippery at times. If you are among the majority of us who don’t like taking a risk with a new smartphone, HTC ships the device with a hard plastic cover that adds an extra layer of protection without hiding the beautiful back panel. However, we must mention that the beautiful rear panel is also a fingerprint magnet that makes it very smudgy. If you are one of those who aren't bothered by fingerprints on your device, then you can use the phone without putting a cover. It is similar to the much-talked-about Jet Black variant of the iPhone 7 and iPhone 7 Plus that was recommended by the company to use with a cover as it is vulnerable to fingerprints.

Unlike other top manufacturers who are resorting to taller or narrower display, HTC is sticking to a conventional display on the U11. The device features a 5.5-inch Quad HD Super LCD 5 screen with a 1440x2560 pixel resolution and 16:9 aspect ratio. The bezels are also not thinner, unlike the recently launched flagships such as the LG G6 or Samsung Galaxy S8, but it does not matter when you are using the HTC U11. The display is good enough for an extended usage, in fact, the quality of the screen is fabulous as it offers the right amount of sharpness, crispness, colour ratio, and viewing angles.

While using the phone outdoor in broad daylight, we didn't have any visibility issue. The screen is bright enough for use under the sun. However, the brightness of the screen does pose a little inconvenience when using at night or in the dark, but that's just a minor drawback that can be solved by installing third-party night mode apps. 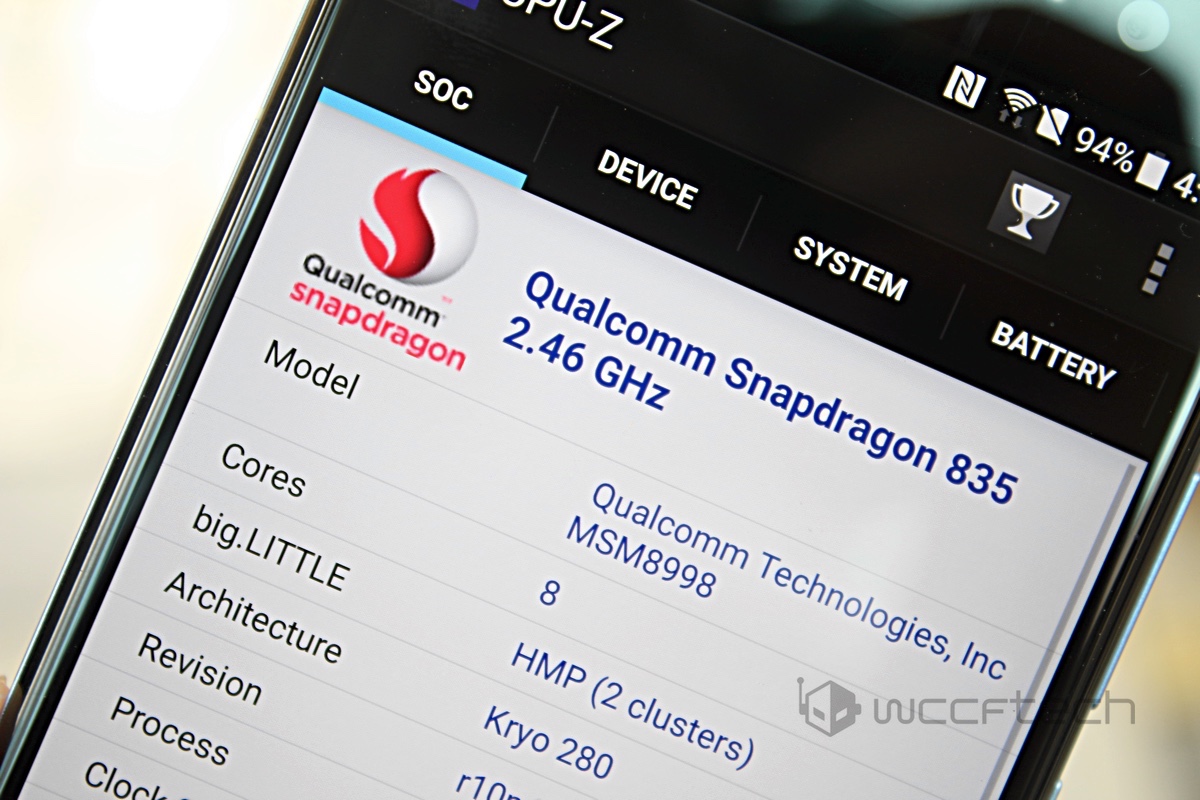 Regarding specifications, the HTC U11 hits the right chord as it comes powered by a Qualcomm Snapdragon 835 processor clubbed together with 4GB of RAM and as expected, the combination of the high-end SoC and RAM ensures seamless performance of the device. We experienced no lag during our usage, the apps launch fast, and multitasking was effortless. We are quite impressed with the U11's performance as the interface is highly responsive. Scrolling through the apps is a smooth experience. An even share of credit goes to the powerful SoC that the phone packs in, but HTC also deserve a thumbs up for rightly tuning the software for attaining the snappy speed. We think that the HTC U11 is the fastest phone that we have used after Google Pixel. 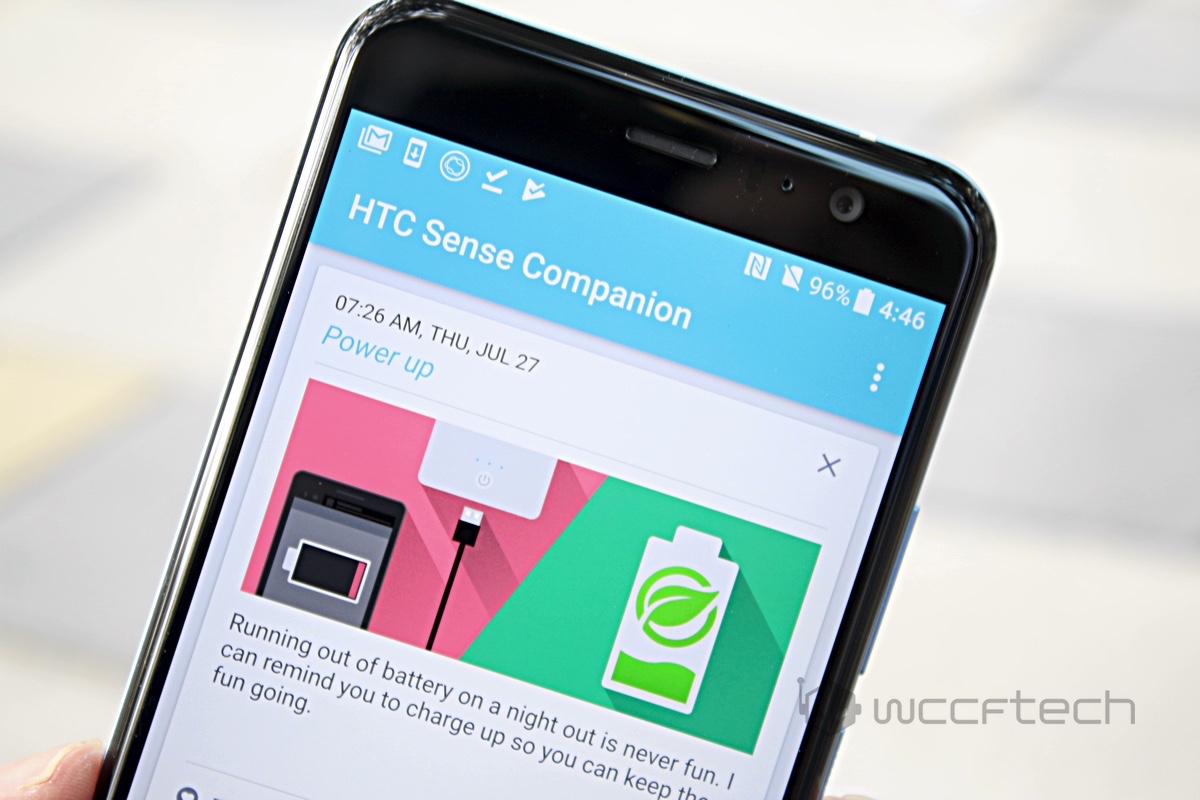 Out of the box, the HTC U11 runs Android 7.1.1 Nougat with some customizations from HTC. We think that the software is good, easy to use, and kind of similar to what Google Pixel offers. However, there is one thing that we would like to bring to your notice that posed as a difficulty while using the device and that is the placement of the Back and Recent apps buttons. On a regular Android device, the back button is on the right, and the recent apps button is on the left, but on the U11 and also on the Google Pixel or Nexus phones, the placement of these buttons is swapped. We suffered a great deal of confusion during our course of reviewing the device as we are used to the usual placement of the back button. Nevertheless, it only takes a few days to get accustomed to the setup, so it’s not a big deal.

The company has promoted the HTC Edge Sense assistant since the launch of the device, but the phone has three assistants - Edge Sense, Google Assistant, and Alexa. The Edge Sense differs from the other two as it does not have voice activation. But it has some other cool features that help users while using the HTC U11. It offers helpful suggestions to the user while using the phone, such as when to put the phone on charge and weather predictions.

Well, all these features can be easily handled by the Google Assistant alone but HTC has thrown in a gimmick - the "squeezable chassis" that serves as an add-on recognition method for the Edge Sense. With the help of the pressure sensitive areas on the sides of the phone, the Edge Sense can respond to squeezes. Users can configure the functionality to launch apps, for example - hard squeeze can be used to auto launch the camera app or a light squeeze can be set for opening messages or any other app. It sounds interesting, but in reality we did not find the Edge Sense useful, and one can easily skip using it as the operation (the squeeze) is something that one can’t really get used to.

The Edge Sense was included with the aim to make the HTC U11 easier to use with a single hand, but the execution of the feature is not convincing. Admittedly, squeezing the phone does not feel normal. There is a chance that HTC could add more features to the Edge Sense in the future, but for now, it seems a little drab. 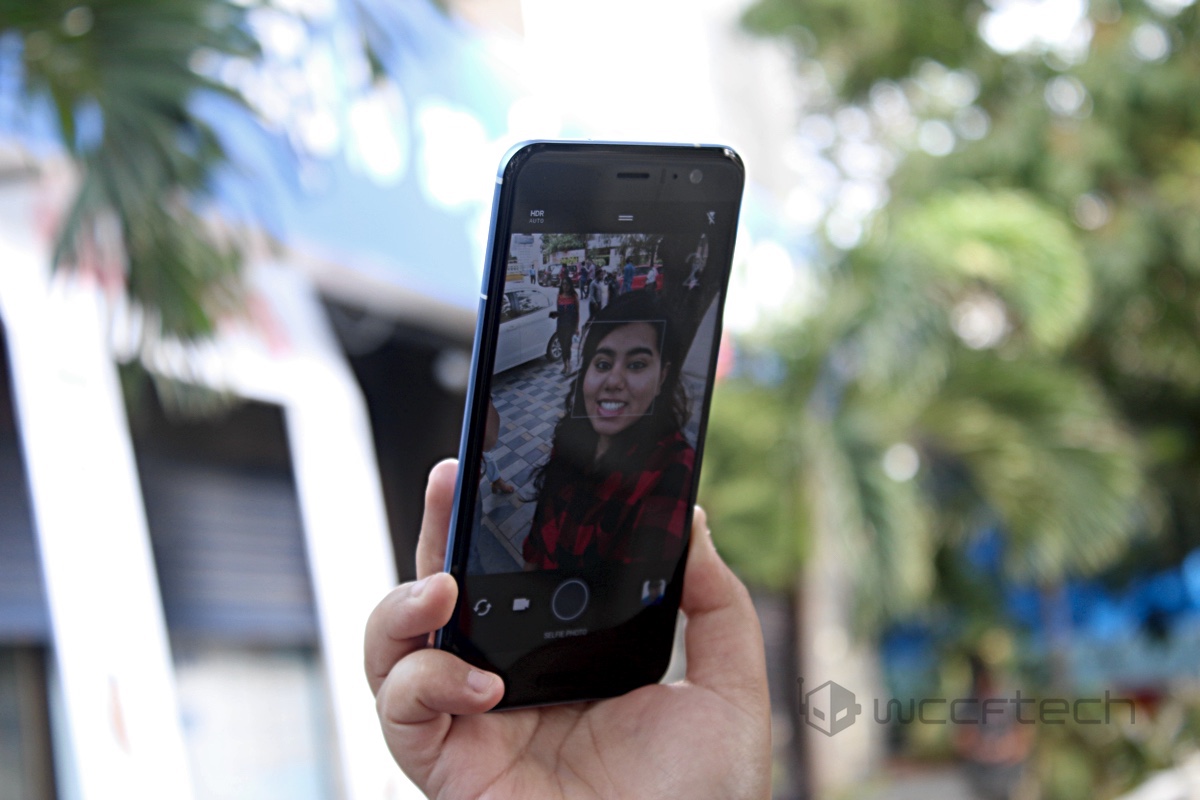 When HTC launched the U11, it was largely praised for the camera on the phone and it turns out that the company wasn't just boasting. The camera on the U11 is a winner as the 12MP “UltraPixel 3” sensor has f/1.7 aperture and optical image stabilization, with dual-pixel autofocus that captures amazing pictures in daylight and also in low-light conditions. We did notice a slight disturbance on the screen while capturing the images of the Android miniatures with the white background (check the picture gallery), but the final output was flawless. It looks like some light adjustment issue with the sensor that only shows up while taking the shot and not in the final capture. Apart from that, there was no problem with the camera.

Given the fact that U11 has no "dual-camera" setup on the rear, it does a great job. It focuses quickly on the subject and takes beautiful pics with enough detail and realistic colours. Pictures taken in low-light conditions are also good, and one can see ample detailing with low noise levels, but for surroundings that have one light source, it overblows the subject.

What we especially liked is that the HTC U11 captures true colours in daylight and keeps them natural, for reference you can check the white flowers picture that we have uploaded to the gallery. The 4K video option is also smooth and can record 3D sound with the help of the four-microphone array on the device. The 16MP front-facing camera does a good job even though it lacks the OIS unlike the HTC 10. The selfies that we took on the phone looked sharper, and the HDR boost makes sure that you get proper detailing.

Let’s talk about the audio performance! 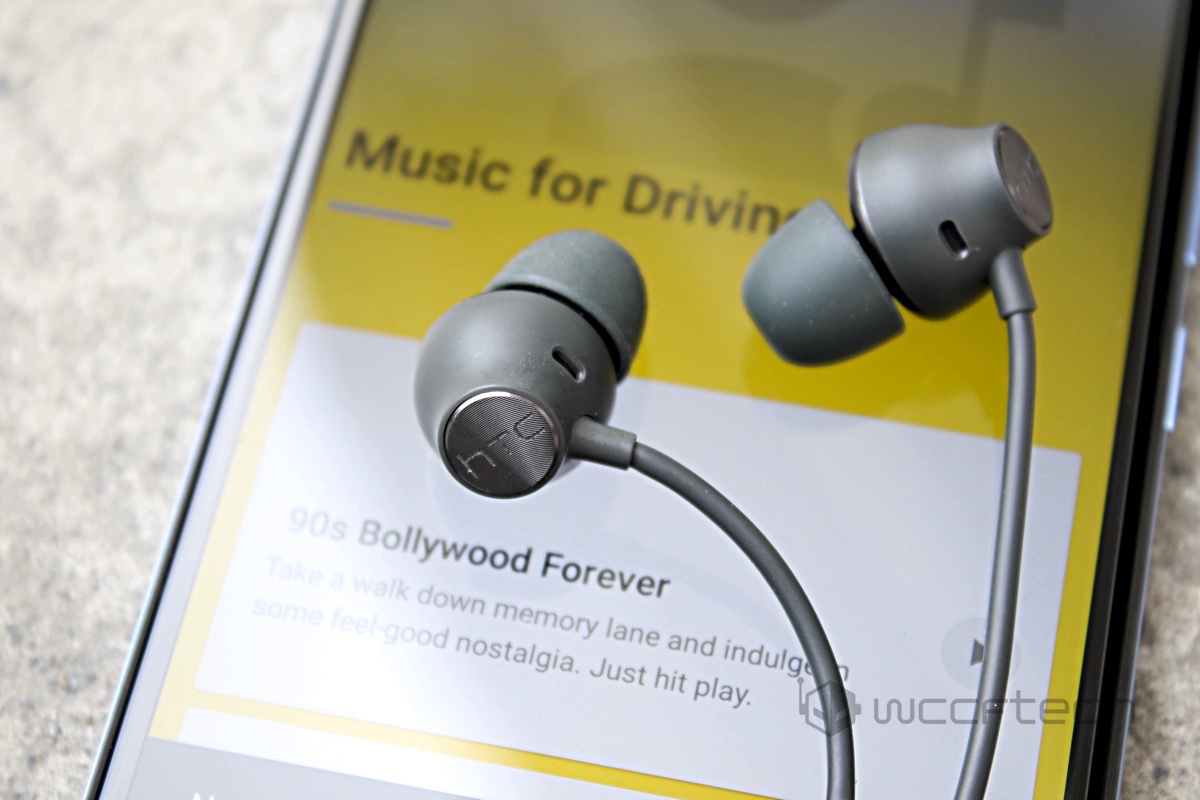 We are pretty excited to talk about the excellent audio output on the HTC U11. The USonic earbuds that come with the device are nothing less than amazing when you plug them in and listen to the sound quality of the music. The earbuds are futuristic in their approach as they adjust the sound according to the user's ear structure. We tested the active noise cancellation feature of these earphones in the noisiest surroundings and couldn’t hear a bit of what's going on outside. A perfect treat for the audiophiles out there, and it makes the omission of the 3.5mm jack almost forgivable. Yes, the phone comes with USB Type-C connectivity that could pose as an inconvenience when you forget the earbuds at home. Even though HTC packs in a 3.5mm to USB Type-C adapter in the box, it is not much help as it is an add-on accessory that one could forget to carry. It's worth mentioning that the audio adapter comes with a built-in DAC (Digital-to-Analog Converter) that offers the same audio quality when plugged in with earphones other than the USonic. 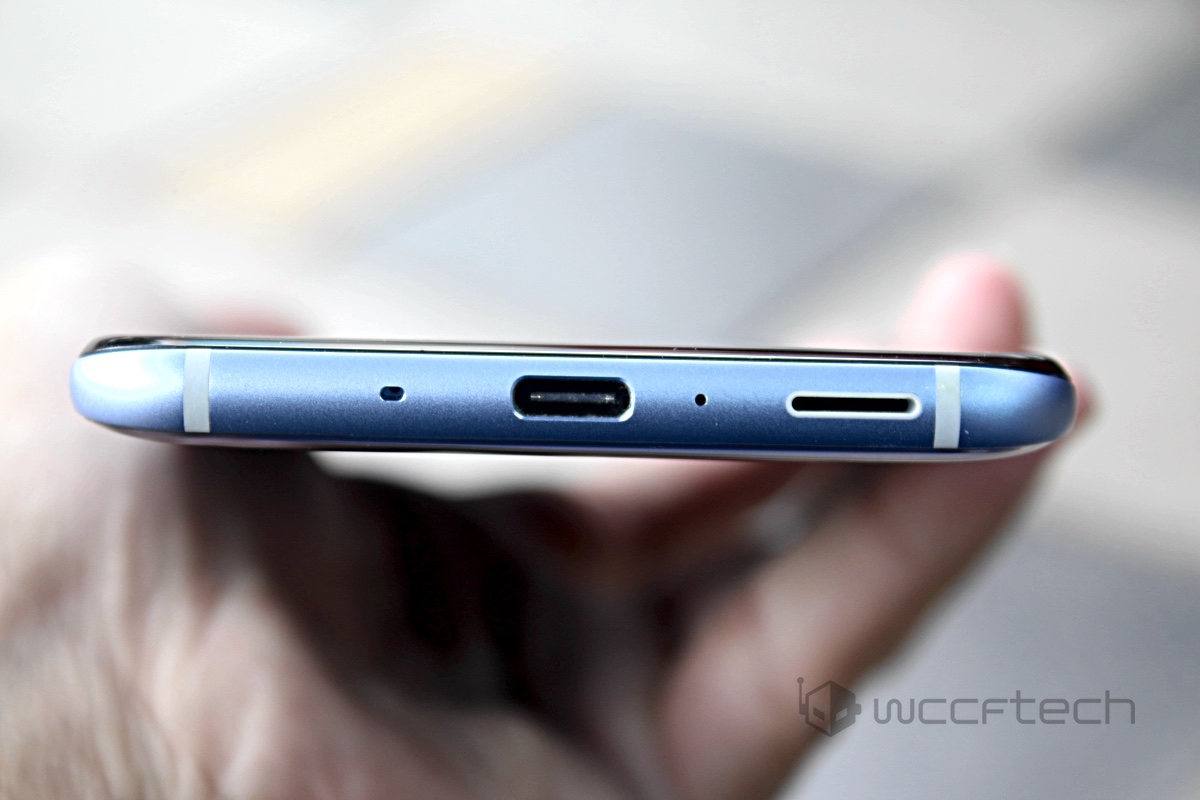 Coming on to the speaker performance, the HTC U11 comes packed with the same woofer combo that was seen on the HTC 10. However, this time around, HTC has made it even better for the U11. The speakers are loud but keep the clarity intact. HTC has utilized the entire phone for serving as a chamber to make the audio louder and clearer. When you hold the phone while it is playing audio, you will feel the sound vibrations coming from inside the device. 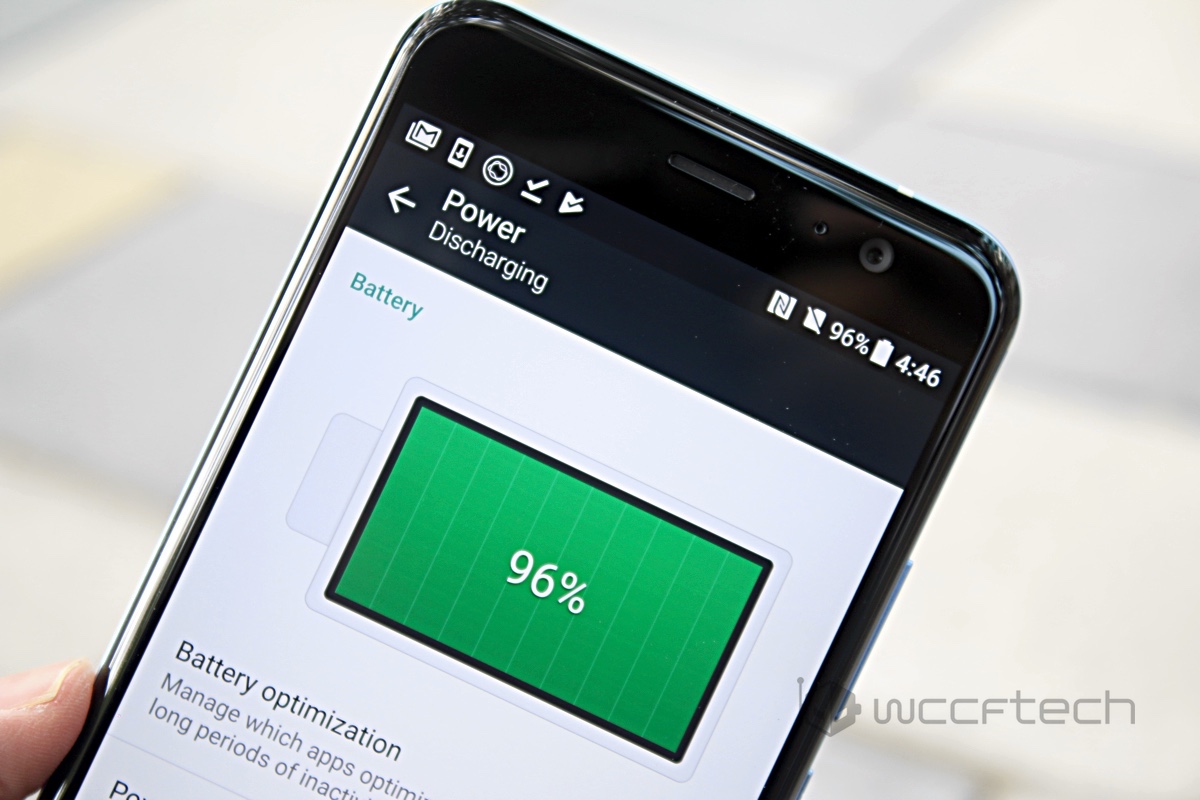 With all the cool features that HTC has loaded on the U11, it would have been disappointing if the battery failed to match it. Thankfully, the 3000mAh battery on the U11 does a swell job in keeping the phone running all day. We used the phone quite heavily, especially apps like Facebook (which is infamous for sucking battery life), Gmail, Docs, Instagram, along with mobile games. We moved around and clicked loads of images, tested 4K video alongside other camera features, and the device was continuously connected to Wi-Fi and 4G LTE, but despite all these tasks we did not have to charge the phone during the day. When we charged the phone, it got fully charged within a short span of time, thanks to Qualcomm’s Quick Charge 3.0 technology.

Buy HTC U11 for its top of the line specifications, beautiful design, and a good camera. The phone has all the qualities that a flagship should have, especially the audio quality is beyond admiration. A compelling smartphone that should be on the list of great performing devices.