Guns of Icarus: Alliance Review – No Men In This Sky

Like many online multiplayer games, it's kind of difficult to jump straight into Guns of Icarus: Alliance. You get a tutorial mission, but like many games of its ilk, it's not really indicative of what it's like to fight against real players. Even though there is a PVE mode where you can fight with teams against AI opponents, there isn't exactly a cinematic story or anything like that. Guns of Icarus' world sadly feels almost as alien to me now as when I first played it.

Guns of Icarus: Alliance Launching May 1st on PlayStation 4, Will Be The First Crossplay Game with Voice Chat 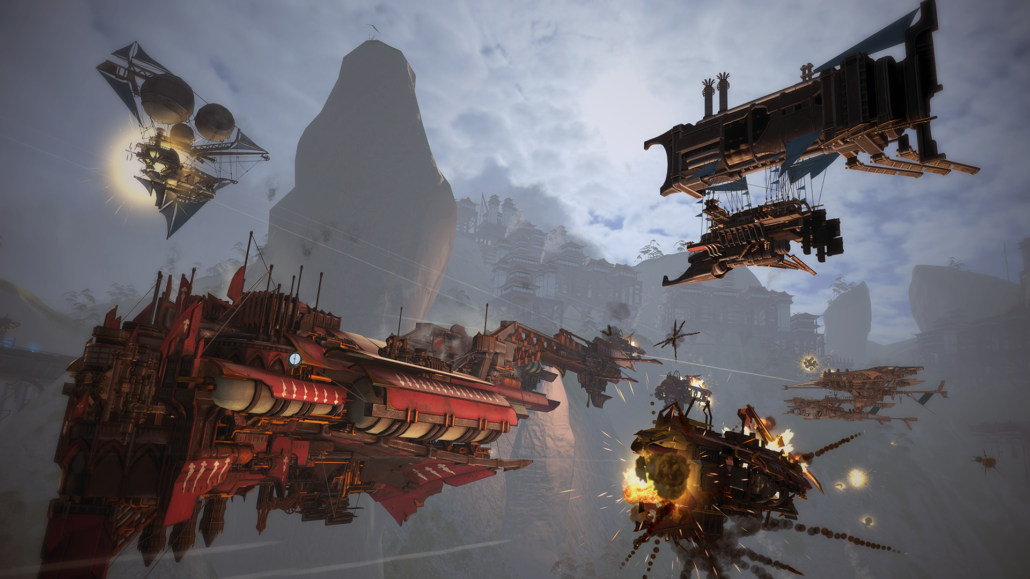 But once you've gone into a few matches and, likely failed, you start to get the hang of things. You'll likely start off as a Gunner or Engineer, and do your best to contribute to the team. Gunners can carry a variety of ammo supplies which can damage enemy ships and bases in specific ways, but the different ammo types will likely come with increased reload times and shorter magazines. Engineers meanwhile will have a greater variety of tools, like a fire extinguisher to put out parts of the ship that are on fire.

It does mean that as a Gunner you might feel a bit lost sometimes. You have a wrench to make quick repairs to ship parts, but with no fire extinguisher, you might feel like you're fighting an uphill battle. This means communication with your teammates is essential, but that leads to a problem all on its own. Finding a team.

There were certainly instances where I was able to find teams of players to coordinate with, fixing the ship and fighting the good fight, navigating behind rock formations for cover while everything was repaired and then flying out into battle once again. It's pretty thrilling when everything comes together. But this was basically a single game I had out of many, most of which I was lucky to find a single team member for. Finding teams is certainly easier in PVE scenarios, but PVP? A pretty difficult task. Despite that though, and this is obviously going to be incredibly anecdotal, but all of the community members were very friendly and well mannered, typing banter into the chat in between matches, joking about how we were playing against one another with ships full of AI crew instead of real teammates. 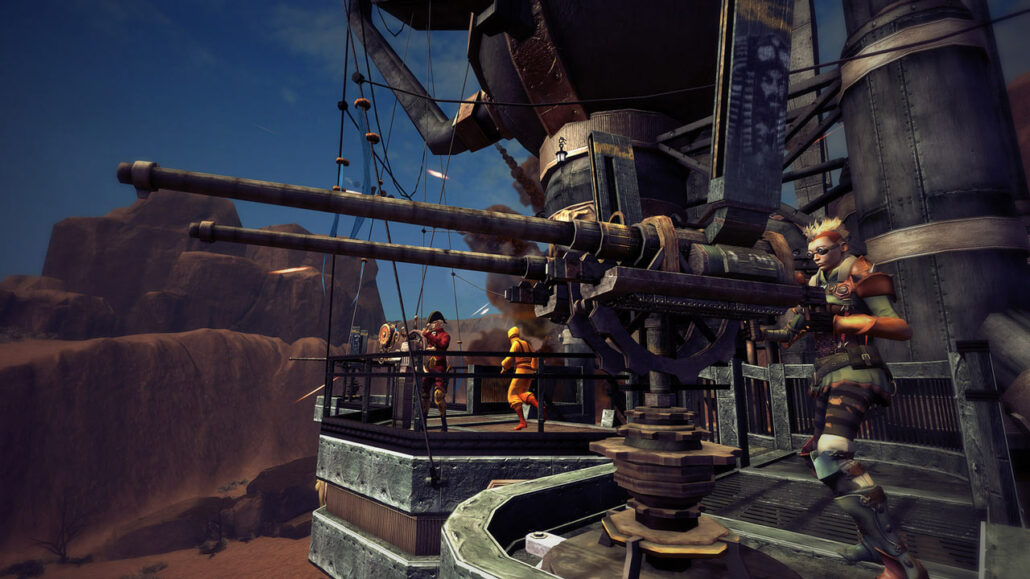 Guns of Icarus: Alliance still works when playing solo, of course, and the AI teams actually do a pretty good job of holding things together, but just barely. Ultimately this is designed for big teams of your friends to be with you, but more often than not, that's not what will happen. There's still plenty of fun to be had, but you might have to have that fun in spite of the game, and not thanks to it.

The other class you can be to board a ship is the pilot, and I left this to last because the pilot is uniquely fun and uniquely challenging. On PS4 you'll be controlling your elevation and direction with the left stick, while speed is dictated with the throttle, which you can set to several speeds, including a few reverse speeds. The truly challenging part of it all is controlling the helm in first person view, and having to get good at estimating the size of your vessel, and the narrow passageways you will and won't be able to navigate it through. Even with a team of AIs manning the guns, being a pilot is an incredibly fun experience - though one that comes with a lot of pressure. It might be the most important task, and as such, going in all guns blazing and no escape route is a sure fire way to get shot out of the sky. 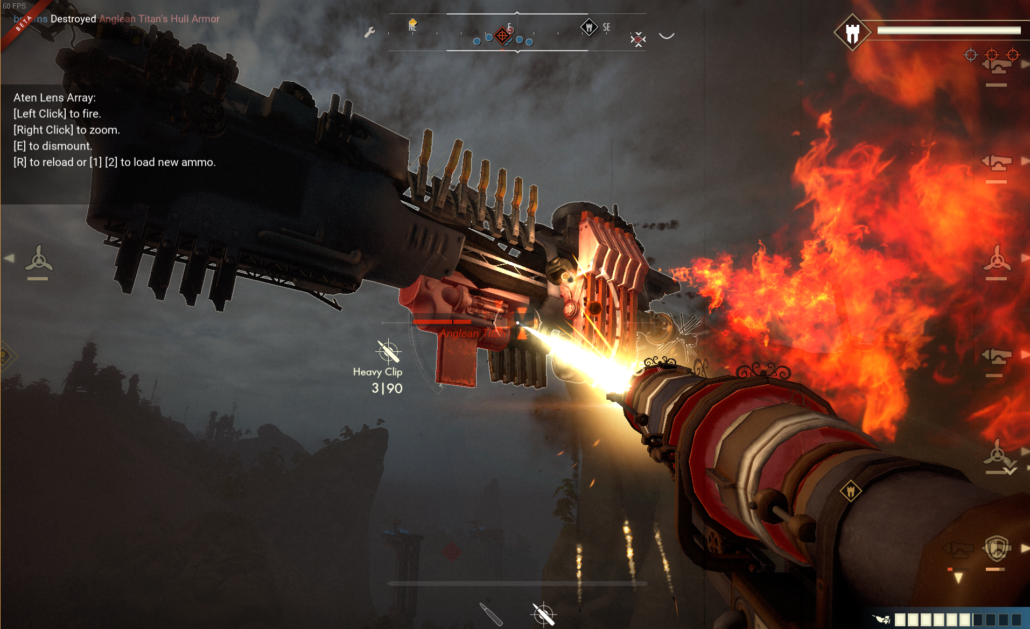 Every task that you undertake has a degree of nuance, even if they're not quite as intense as piloting the ship. Guns can't rotate fully, so you might have to hop between gun positions, keeping in mind the types of ammo you're using, and the angle you should shoot at to account for bullet drop at a distance, and more. Repairing the ship can be complicated too. You can slam away at things with the rubber mallet Minecraft-style to fix them, and then you have to wait for a slight cooldown in order to use the wrench to repair things. You can even increase the defense of a ship part temporarily, and of course, can use a fire extinguisher to put them out.

A slight let down is that repairing a ship part doesn't require your character to actually get up to it. Fixing the balloon doesn't require climbing up the side of it, for example, but you can simply whack away at a metal box that I guess inflates the balloon. It works, but it could've gone for a bit of Assassin's Creed IV flair.

Reviewed on PlayStation 4 (code provided by the publisher). You can purchase the game on PC via Fanatical.

Guns of Icarus is the kind of game you might fall in love with if you go in with a team of pals, but if you go in alone you might spend a bit too much time waiting for other players and dealing with AI to be too besotted. It's a game that has so much potential, but will likely need a much wider playerbase to reach that point.