The Gigabyte X399 AORUS Xtreme comes inside a very large cardboard box. The front of it has the large X399 AORUS Xtreme label along with the AORUS branding and logo AORUS has been known to use orange and black colors on their products and this one is no exception. Labels include Ryzen Threadripper, ESS Sabre HiFi, 10+3 Digital Power, Intel 802.11ac, Smart Fan 5 and Gaming Vibes brands. There's also mention of AMD Socket TR4 and X399 chipset on the front. 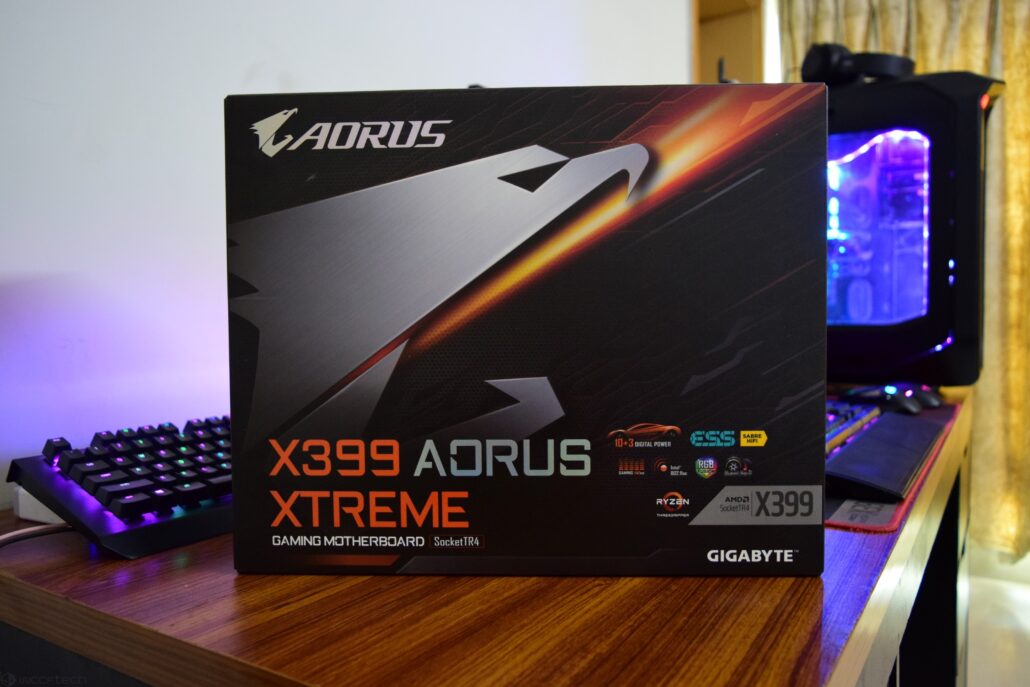 The back of the package lists down several major features of the motherboard which mainly focuses on the 10+3 phase IR Digital power supply, Advanced Thermal Design, AMP-UP Audio, Intel's WiFi 802.11 ac capabilities, RGB Fusion and the entire specs sheet of board. There is a lot to go through which I will detail in the closer look section in a bit. 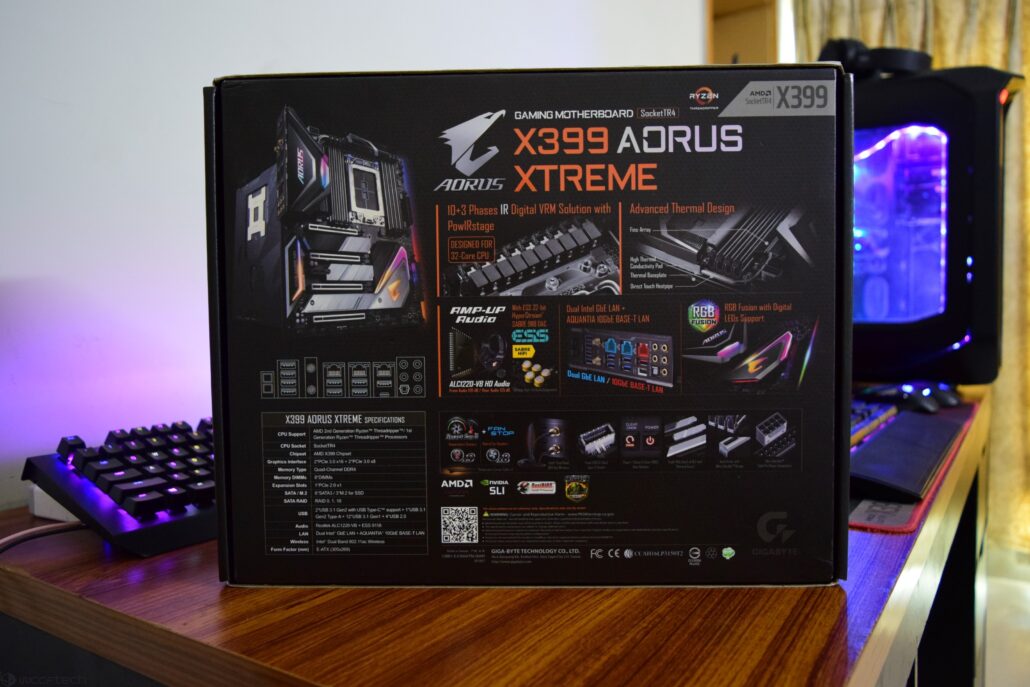 The package can be opened to reveal another black colored box which houses the motherboard and the accessories that come with it. AORUS is using a very tacky "Team Up. Fight On." line of the package since this is a gaming aimed motherboard. 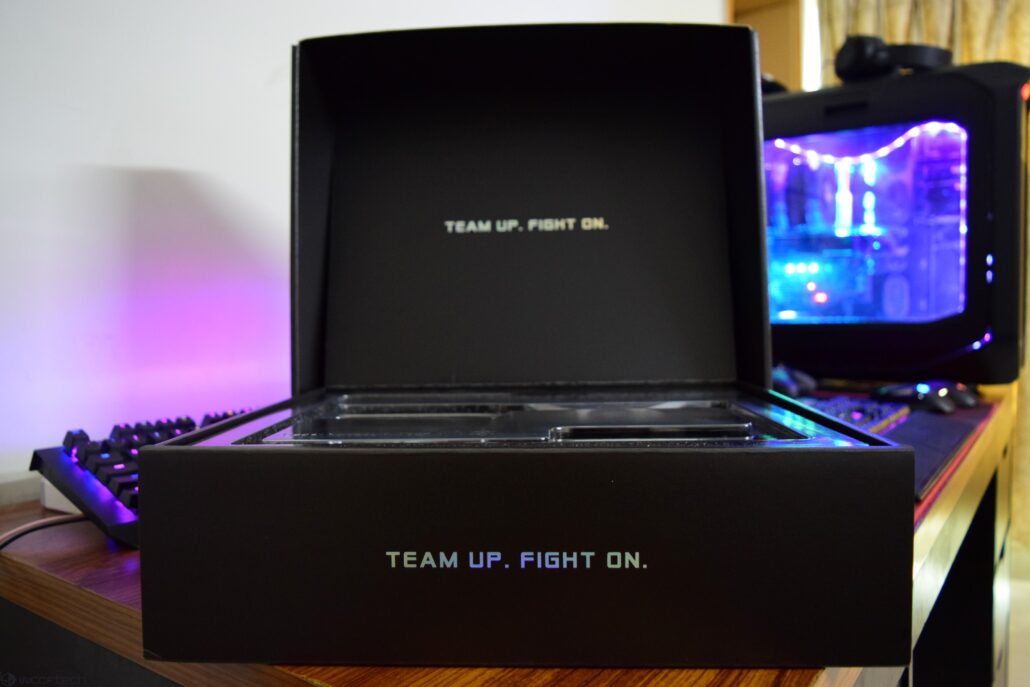 On the top section of the container, the motherboard can be seen sitting beneath the plastic cover which offers protection against dust and harmful particles that can enter the motherboard and interfere with the electrical components. 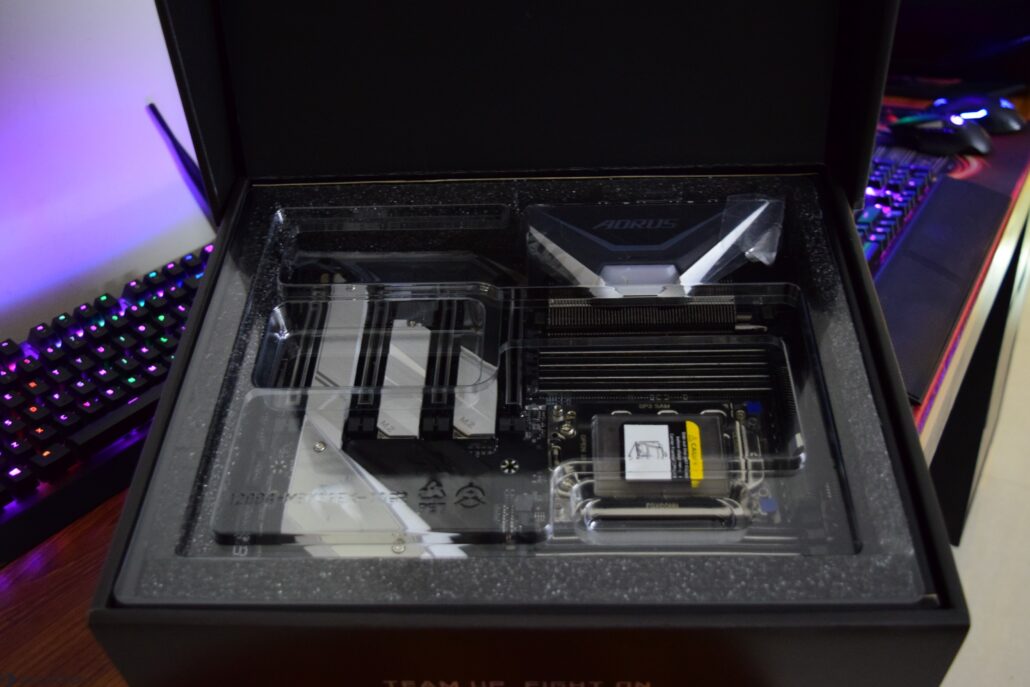 Upon removing the plastic cover, you can take a good look at the motherboard which is just impressive to look at. There's a ton of components to go through on this motherboard so I will be dissecting them one by one. 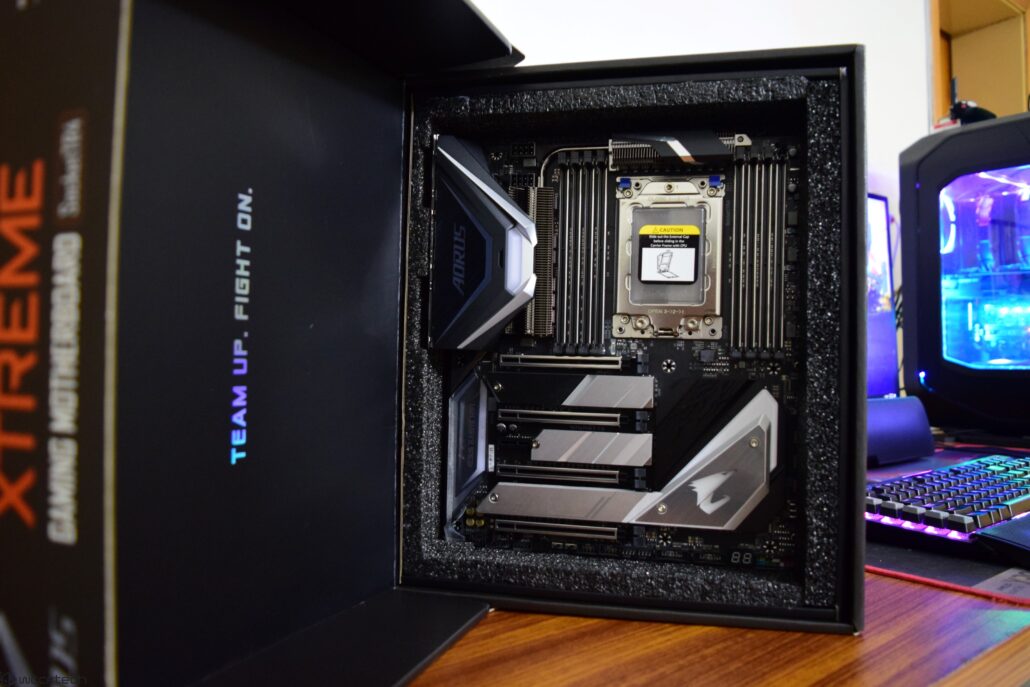 Out of the box, the Gigabyte X399 AORUS Xtreme is a massive motherboard featuring the E-ATX form factor. The refreshed design for the new X399 motherboards by AORUS is really well done and I can tell just by looking at it that it will deliver some outstanding performance on the Ryzen Threadripper flagship, the 2990WX. 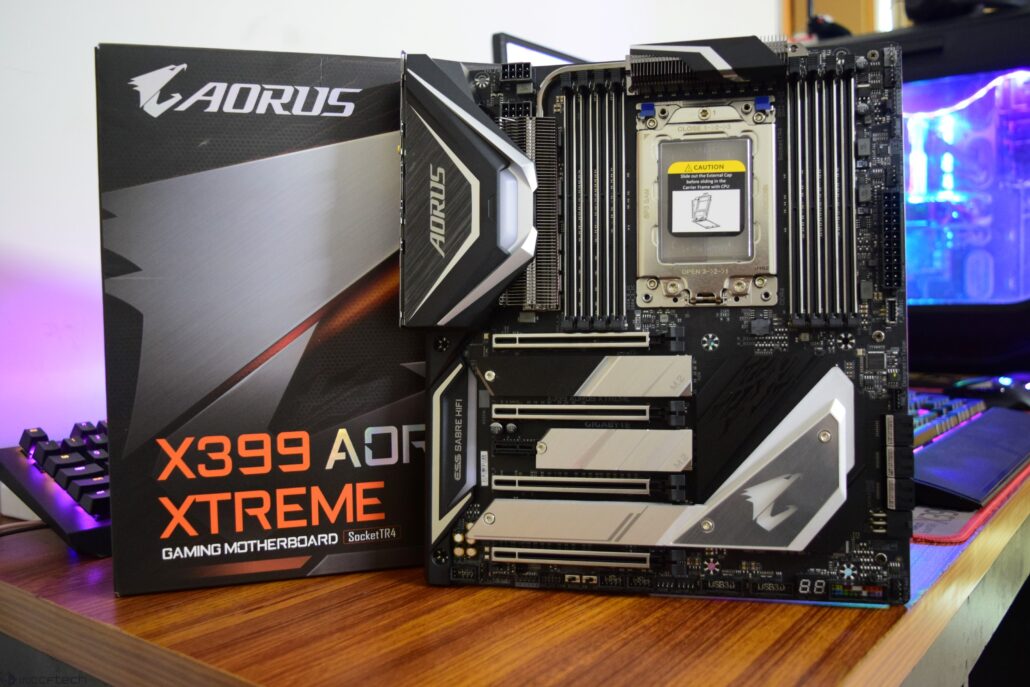 There are three sections of the accessories. First up, we have the much useful sticker chart which can be used to tag various components or cables running to the motherboard. The second is the guidebook, manual and driver disks while the third section contains all the different cables and connector pieces that are shipped with the motherboard. All of these accessories are listed below.

Accessories for the motherboard include the following: 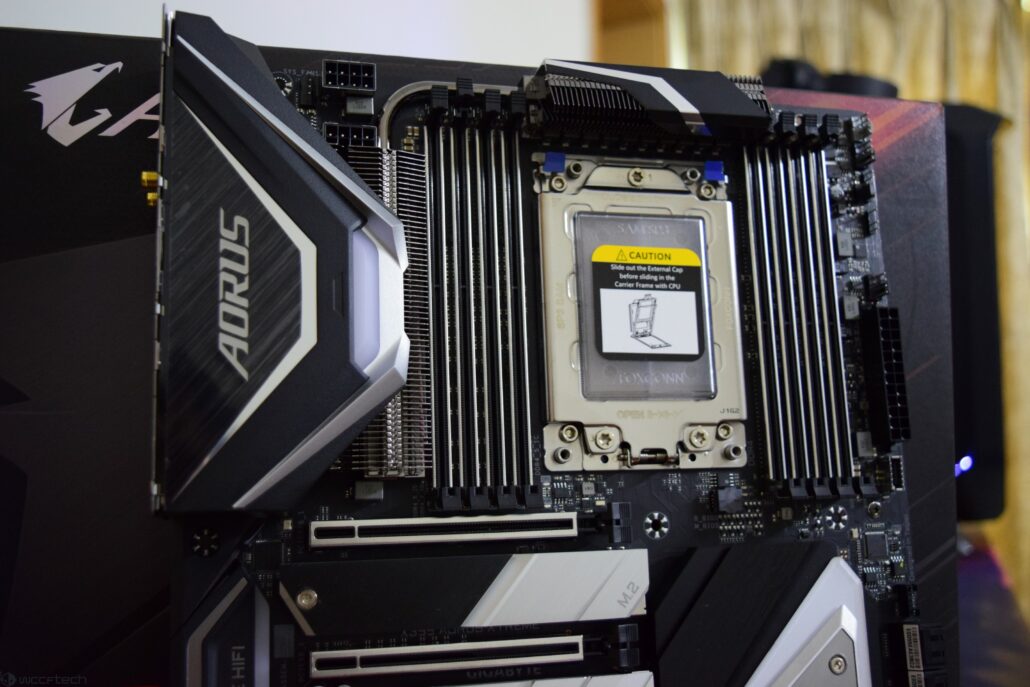 With a lot to detail, let's head over to the next section and find out what this motherboard is really made of.