One More Level, All in! Games, Slipgate Ironworks, 3D Realms

Even without a massive marketing push, 505 Games' Ghostrunner managed to become extremely popular, thanks to its excellent visuals and an action gameplay experience like few others on the market, partly thanks to its high challenge level. The developers at One More Level, 3D Realms, and Slipgate Ironworks continued working on the game to provide features that could make it more accessible without watering down the experience too much. Now they have delivered the very first proper expansion, Project_Hel D, which attempts to spice things up a little with a new playable character with slightly different abilities and some brand new stages.

In Project_Hel, players take control of the combat android Hel who players originally met in the main game as one of the main bosses. Taking place before the events of Ghostrunner unfold, Hel is activated by Mara to assist in an offensive against rebels at the bottom of the Tower, but the android has other plans, as she sees Mara as her true enemy, the captor that has enslaved her mind and body. In the new stages included in the expansion, Hel's character is further developed with dialogues that take place during gameplay, providing players with an additional incentive to overcome the new challenges offered by the DLC. It's not much, to be honest, but those who liked the main game's setting will undoubtedly enjoy the new story developments that Project_Hel provides.

Crime Boss: Rockay City Is a Star-Studded Co-Op Crime FPS Due in March for PC, Later for Consoles

When it comes to gameplay, the Ghostrunner Project_Hel expansion comes with some interesting tweaks that make the experience feel slightly different from that of the main campaign without significantly altering the core mechanics of Ghostrunner. As such, you will still be exploring some tightly designed locations via parkour abilities and taking down enemies using Hel's sword, but with some twists. Hel doesn't come with a grappling hook, for starters, so her basic jump covers way more distance. Additionally, while using Sensory Boost, it is possible to learn precisely where Hel will land with the jump, and her air dash covers way more distance. These tweaks are clearly made to make parkour a little easier, and they work pretty well, as they prevented platforming and parkour from being watered down to make the game more accessible.

Combat in Ghostrunner Project_Hel has also been tweaked a bit over the main game, which is not surprising, given how Hel is a combat android. Exclusive to the expansion is the Rage System, a new gameplay mechanic that grants Hell a ranged attack option called Surge, a Shield, and the ability to nullify enemies' blocking stances once activated. To fill the new gauge, players only need to kill enemies, although they need to do so quickly, as Rage quickly depletes. It's a design choice that makes tons of sense to keep the expansion's pace as quick as that of the main campaign.

Even though these additions do make the experience more accessible, don't think for a second that Ghostrunner Project_Hel is more forgiving than its predecessor. Parkour and combat are as challenging as ever, and you will die a lot the first time you go through the new levels as you try to jump from one place to another and face the four new enemy types. Two new bosses are also in, and they can be highly challenging just like the rest of the experience. The upgrade system, a tweaked version of the same one seen in the main campaign, can make certain sequences a little easier, so the expansion does provide some tools to help players make it to its end.

Ghostrunner Project_Hel doesn't offer much more outside of the features highlighted above. Even with the new mechanics, the expansion doesn't feel all that different from that of the main game, so those who did not like it in the first place will hardly change their opinion with Project_Hel. Those who did, on the contrary, will find plenty to enjoy, as it offers the same tightly designed experience of the base game. However, the expansion's price feels a little steep, considering it only includes five new stages that can be completed in a single session with enough patience. Sure, there are some optional collectibles like in the main game's stages that provide more information on the story, but they are not enough, in my opinion, to justify the price tag.

At the end of the day, Ghostrunner Project_Hel offers the same exhilarating first-person platforming experience of the original, with some tweaks that lower the learning curve and make everything more accessible. Even with the tweaks, though, it is basically just more of the same, so how worthy a purchase Ghostrunner Project_Hel is depends entirely on how much the player likes the base game. Naysayers will definitely not change their opinion with Project_Hel, so if you found Ghostrunner too difficult and frustrating, you'd better stay away from Hel. 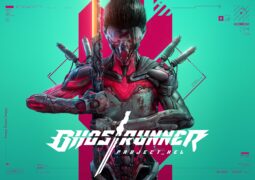 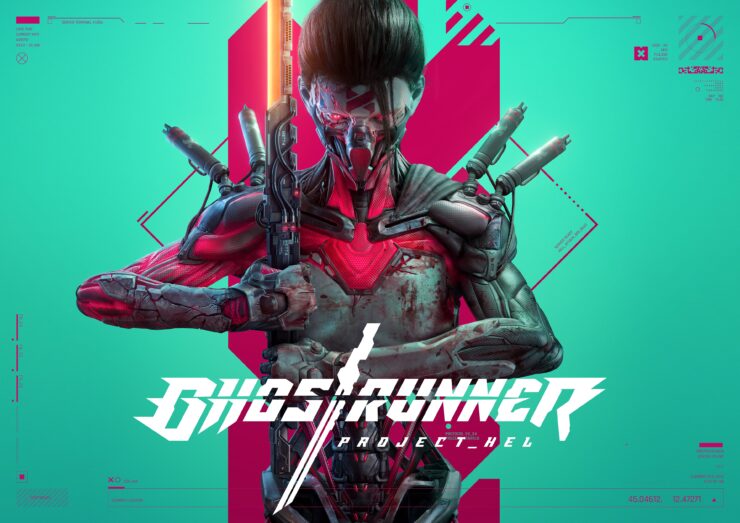 With its new tightly designed stages, and new parkour and combat mechanics, Ghostrunner Project_Hel is a more than worthy purchase for fans of the base game. The new mechanics, however, do not change the experience in any significant way, so those who did not like Ghostrunner will not change their opinion with the expansion. It is good for the most part, but it still is more of the same.