Tearaway Unfolded is the debut of Tearaway on Sony's PS4, but it's no simple port of the Vita game that originally released back in 2013. Developers Tarsier Studios and Media Molecule made sure that the game was rebuilt from the ground up - controls have been redesigned to make use of the DualShock controller, and Tearaway Unfolded has received a visual and a performance upgrade. 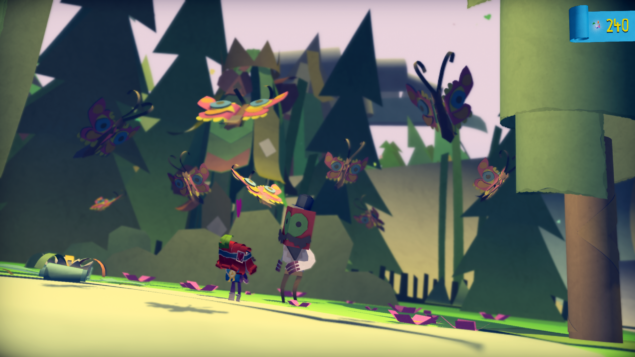 Delivering a beautiful piece of paper

The world in Tearaway is made out of paper and the game's main lead, Atoi the messenger, is actually an envelope on a mission to deliver a certain message to 'You'. The environments in the game are colorful and beautiful - not only youngsters will marvel at the cuteness of this game, even veteran players just can't deny the sheer gorgeous environments. The power of the PS4 allowed Tarsier and Media Molecule to increase the frame rate, which in turn translates to a much more fluid and stable game. However, I did find the game's camera to be annoying from time to time - now and then it sticks to a certain object, blinding Atoi and 'You' from what's really happening on screen.

The game focuses heavily on the interaction and collaboration between Atoi and 'You'. For instance, certain puzzles can't be solved by Atoi alone and this is where 'You' play a vital role.

The original control system has been totally revamped to make use of the DS4 controller. While on the Vita controlling your character could get frustrating, this isn't the case anymore. The controls in this version are splendid and work amazingly well; the use of the DualShock 4 also allows for more options to be used, and adds to the interaction between Atoi and 'You'. For instance, objects can now be placed 'in' the controller by slightly lifting the DS4. A quick sweep over the touchpad removes the object from the controller. Speaking of the  touchpad - drawing objects in Unfolded is somewhat harder now. Since it's a lot smaller than the Vita's touchscreen drawing can get hard, especially when your fingers are somewhat larger than the common 7-year old. 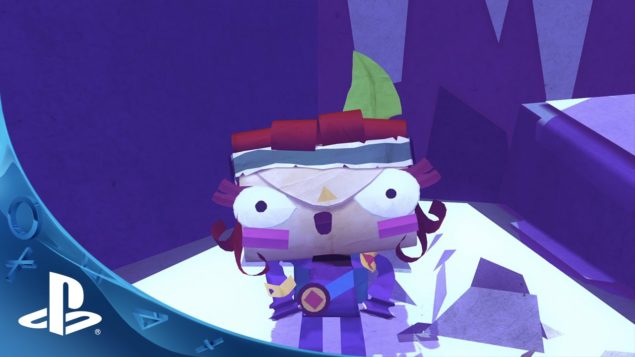 More than being a delivery boy

Tearaway Unfolded can be completed within 7-8 hours, but according to the game's progression system, this is merely around 60% of the total content. Unfolded has definitely more to offer than merely delivering the message to the 'You'; throughout Atoi's quests, papercraft models can be collected. These models can then be downloaded and printed, allowing players to bring the papery world of Tearaway to life in your own home. Once created, the player can upload a picture of the creation to share it with the Tearaway community.

Even more fun is the collection of confetti, which can be found while exploring the world of Tearaway. Collected confetti can be used to make changes to the messenger's appearance. 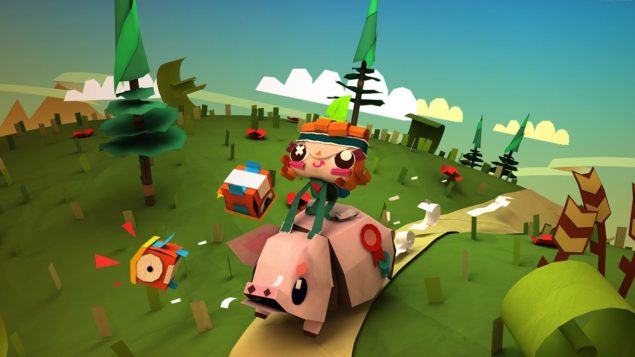 Take the concept of an already outstanding game, build it up from the ground while adding some amazing new features. That is what Tarsier and Media Molecule did with Tearaway Unfolded. In almost every aspect, the game is the evolved version of the original Vita game, which was already an acclaimed masterpiece.

Although it can get rather easy now and then, Tearaway Unfolded is one of those unique titles that absolutely need to be played.