This year has been surprisingly good for the old 3DS. I was one of many that was convinced that, as soon as the Switch made its debut, the 3DS would fade away quickly, with game releases drying up and there no longer being a need for me to pick up the quirky dual-screen handheld, but instead, between games like Fire Emblem Echoes, Metroid: Samus Returns and soon Pokémon Ultra Sun and Ultra Moon, there’s more than enough reasons to invest in a fresh 3DS, not just keep turning on your old one.

But I’d be lying if I said that the 3DS was looking healthy right now. Of course, software support is coming, but support into 2018 is looking sparse, and with Fire Emblem Warriors on the 3DS, it’s really hard to find a good reason to play this version over the Switch.

Of course, if you don’t own a Switch, there’s one reason to grab Fire Emblem Warriors on 3DS - but I’m here to argue that, actually, you might be better off without it.

If you don’t know what Fire Emblem Warriors is, and haven’t already read my Switch review, then what we have here is a big action brawler made by Omega Force, the minds behind the Dynasty Warriors franchise. They’ve taken the Dynasty Warriors formula of juggling hundreds of enemies across a map, and put in Fire Emblem characters, arenas and mechanics - and for the most part, it works well.

Fire Emblem Warriors on 3DS is now a New 3DS exclusive, certainly an indicator that Nintendo and Omega Force learned a lesson the hard way with HWL, a game that ran incredibly poorly on the original 3DS. Making Fire Emblem Warriors a New 3DS exclusive means it can use those extra ZL and ZR buttons, on top of the C-Stick for camera movements, and use the slightly beefier CPU to deliver a consistent, playable framerate.

In fact, the framerate in the 3DS version of the game is shockingly good. Not incredible - certainly no 60FPS, but instead it runs at a consistent 30FPS, meaning that if anything, the framerate is better than what you might see from the Switch version running in Quality mode; there are less characters on screen in the 3DS version and it’s a much lower resolution of course, but in terms of playability it’s not bad at all.

Where the game does suffer though, is in terms of overall presentation. Everything here is a step down from the Switch version, which one might expect, but perhaps not to this extent. The lower native resolution of the 3DS screens was always going to hamper the visuals, but all pre-rendered cutscenes look considerably worse thanks to heavy compression artifacts ruining the once crisp clarity on the videos. Character models when in action are also, well… Not good. Again, it’s not as obvious as it would be on a Switch screen, but the characters are all made of incredibly low-poly models when compared to its Switch big brother, and then when you factor in muddier textures, less visual effects and a generally blurrier overall image, it’s hard to take to this version after playing it on Switch.

Which is by far the 3DS’ biggest drawback right now. Even when it can run comparable games, Fire Emblem Warriors shows us that it’s probably not a good idea. The game plays well, sure, but when you factor in the myriad of downgrades you’ll have to put up with in order to play the game on this console, it’s difficult to argue in favor of it. 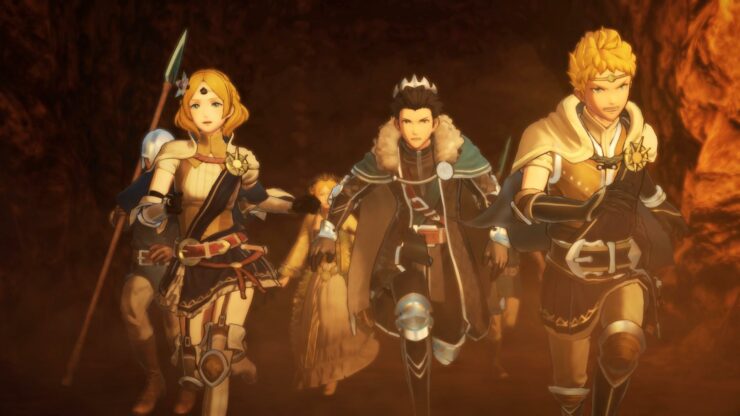 Fire Emblem Warriors on 3DS isn’t a bad experience at all, but any gamer with the option of purchasing the Switch version instead would be foolish to pick this up. The lower character count, vastly downgraded graphics and less ergonomic design of the 3DS all factor together to make this a less-worthwhile version of a game that only dedicated Fire Emblem or Dynasty Warriors fans should buy, even in its best state.