F-Zero is long dead. At least, if you’re a Nintendo fan who’s been waiting for an update to hyper-fast racing series since2003 then it certainly feels deceased. Since the Wii U’s launch, Nintendo fans have been begging, pleading for a new instalment. Well, while Nintendo’s ignoring your pleas, German developer Shin’en is here to fulfil all of your wildest hopes and dreams with an F-Zero spiritual successor, of sorts, Fast Racing NEO.

Playing the game for the first time it’s easy to see where the F-Zero influences are. Long, graphically impressive tracks sprawl before you, complete with boost strips, insane jumps, and the odd explosion. The key difference that separates Fast Racing NEO from those it imitates and takes inspiration from is the color phase mechanic. Put simply, your car (ship, rocket, whatever it is) is covered in neon strips, either colored orange or blue. These are your two phases, and your phase color must match the color of boost pads and jumps in order to feel their benefits. Conversely, racing over a blue boost strip with your orange phase activated will slow you down to a crawl – which can be utterly devastating. 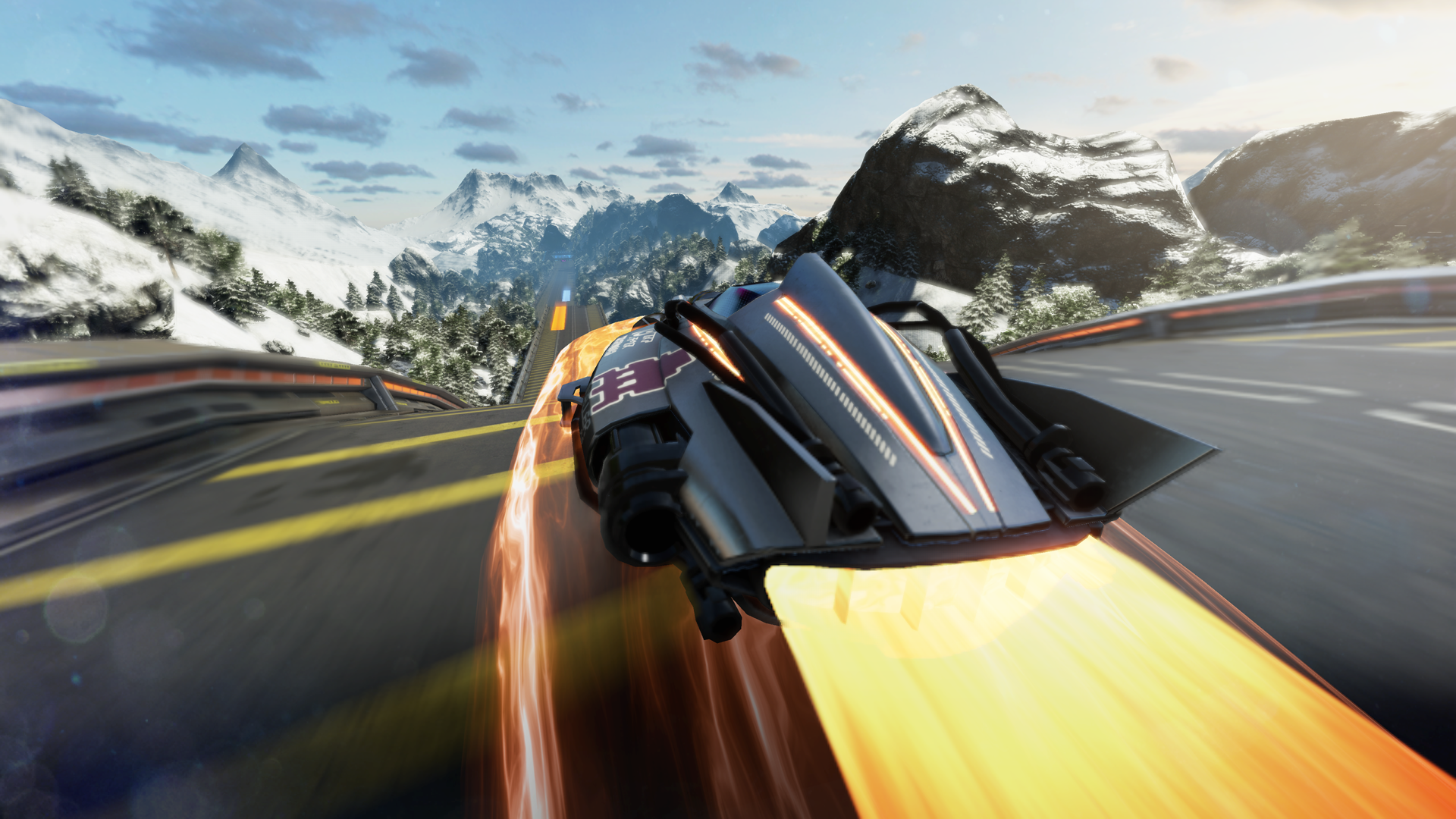 Upon first playing the easiest races in the game I came out on top almost every time – I’d like to say it’s because I’m amazing, but it’s more likely down to my experience with F-Zero and similar games. After completing the easiest setting, however, things quite quickly took a turn for the more difficult, and the next difficulty up had me placing 3rd, or even outside of the top three. Unfortunately, beyond this, the game tends to feel a little on the unfair side.

Back in the day F-Zero’s punishment for crashing off the track or destroying your ride was starting the race from the beginning or being out of the Grand Prix entirely. In Fast Racing NEO, you’re returned to the track. You’d think this makes things easier, but unfortunately the game often decides to return you to the track a few leagues behind where you were – and this loss in momentum too often results in catching back up with the other racers being impossible.

So for decent placements on later difficulties, you often need near-perfect races. Crash and you may as well start from the beginning, because there’s little to no chance of placing well. This requires more knowledge of the tracks than it does the racing mechanics themselves, which, long-term, makes this racer not exactly the most satisfying…

But away from that, there’s actually a lot to love about Fast Racing NEO. Despite an obviously lower-than-usual resolution, the game looks pretty incredible with vast and detailed tracks. 60FPS means that in motion that lower resolution is barely noticeable, and everything speeds past smoothly, never appearing to drop a frame.

Cars are also nicely detailed, with a variety of handling and speed differences – though you’ll likely find one or two that handle best for you and stick to them exclusively. It’s a shame that the nature of the phase mechanic means you can’t customize colors or designs for your favorite vehicles, but there’s enough to get to grips with here already. 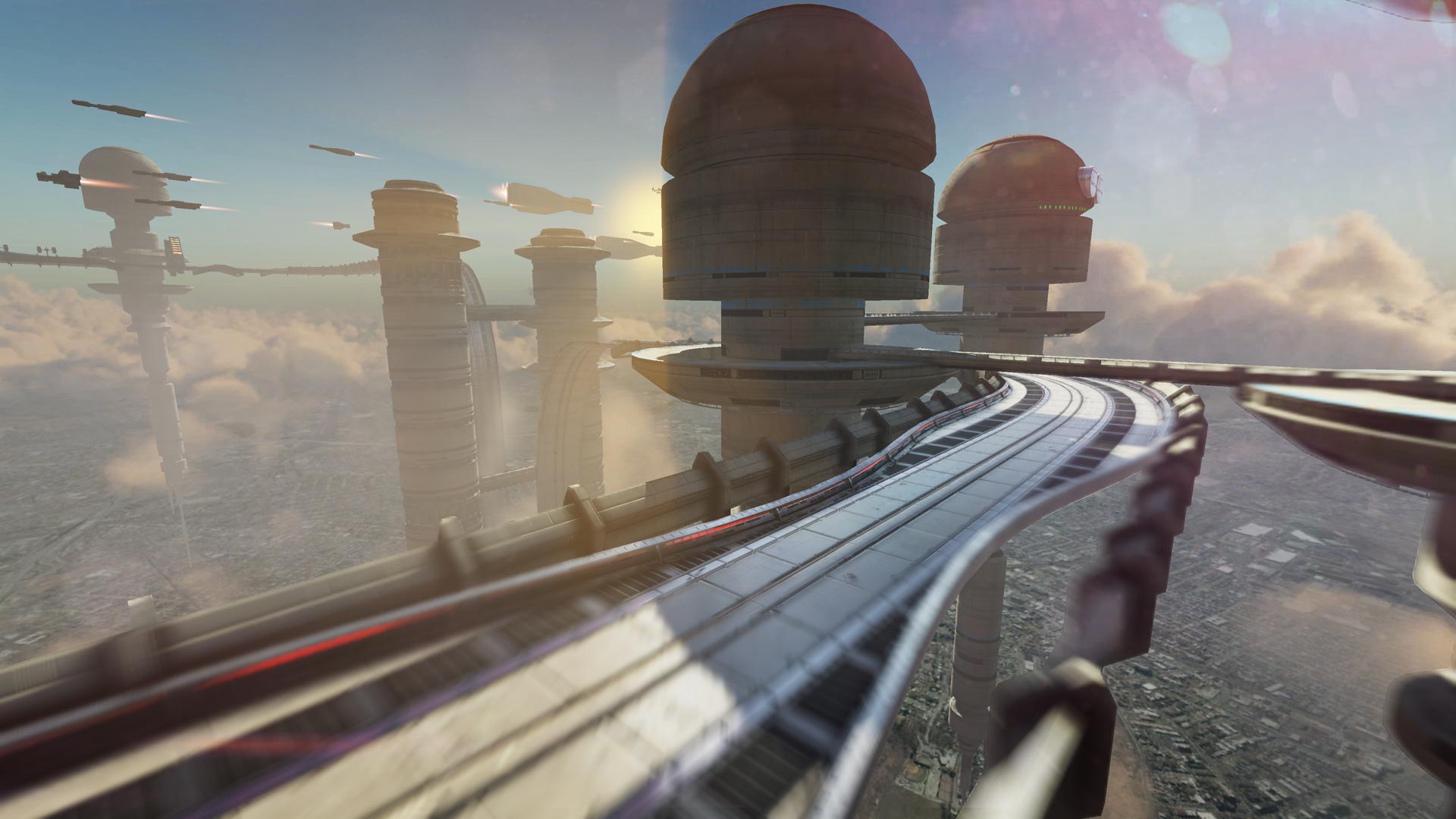 One clear throwback to the glory of F-Zero GX is the “Hero Mode”. Your Boost Bar in game is usually filled with orbs littered around the track and is used solely for your boost – in Hero Mode however, your Boost Bar doubles as your vehicle’s health. Boost too much, and you’re dead – which is exactly how things work in F-Zero, forcing you to be very conservative with your speed if you wish to survive!

There’s not a lot of content in Fast Racing NEO, but what is here works so well that it doesn’t feel like a big drawback. The price is right as a Wii U eShop title, there’s online and local multiplayer, 16 detailed and varied tracks and a small range of vehicles to get to grips with. Honestly, while it’s not as big or impressive as an F-Zero game proper, this is pretty much essential for any racing fans that own a Wii U. You’ll easily get your money’s worth of enjoyment out of the single player races, and will exceed that if you take a liking to multiplayer.

Fast Racing NEO is one of the best download-only titles for Wii U and is also one of the Wii U’s best racers. If you are a fan of the genre, don't miss it.

Review code provided by the developer.

The Only Thing Certain About the Merger Between Microvast and Tuscan Holdings Corp. (THCB) Is That Nothing Is Certain