Even though I have not been traveling much, a good power bank is something that I cannot hate. Keeping all my gadgets charged is paramount, or at least ensuring that my phone is charged, something that I cannot overlook. I have been using my trusted Anker PowerCore+ since 2017, and even though it still works, the one issue that I had with the power bank was that it would take a long, long time to charge. Well, Elecjet aims to change that with the Elecjet Apollo Ultra, a graphene-based power bank that charges fully in just 27 minutes and can deliver up to 87-watt power.

The Elecjet Apollo Ultra Lives Up to Everything it Promises and Leaves You Wanting More.

I have been using the Elecjet Apollo Ultra for over a week now, and while I was not sure if I am even going to like the power bank, but I have to say, it has impressed me to the point that I might not look at any other power bank. I received the Apollo Ultra along with a 100W charger so I can charge up everything I want. I love the smooth experience I had.

The Elecjet Apollo Ultra offers a 37Wh (10,000 mAh) and charges at 100W. Additionally, it manages to output peak 87W across USB-C and USB-A ports. The power bank also comes with a digital display that indicates the charging status as well as the remaining battery at the press of the button. 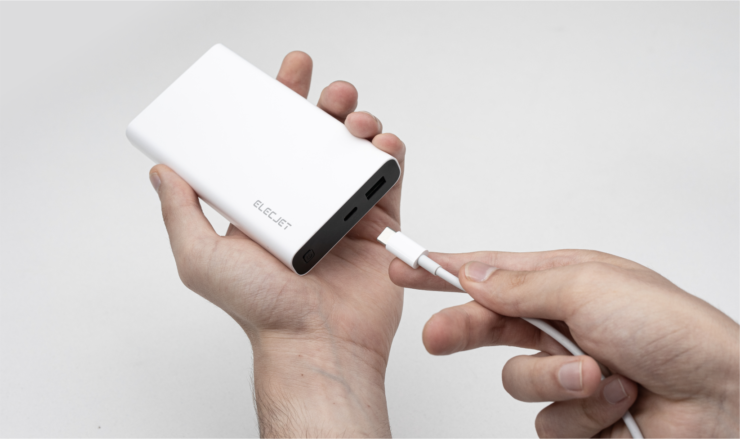 Another thing I really love is the fact that it comes with passthrough charging, which means that you can charge a device and the power bank at the same time. A feature I have missed a lot on the older power banks.

Coming back to the charging speed, most of the power banks I have used do not provide as much power; the highest I have tested was at 40W, but the Elecjet Apollo Ultra is so far the fastest power bank I have used. It charges in 27 minutes to full, and then it is ready to go. Meaning that even if I have to go somewhere, I can just put it in charge, start my morning routine, and by the time I am ready to leave the house, the power bank would be fully charged. This is all thanks to the 100W charging, and without it, this would not have been possible.

Ever since I got my hands on the power bank, I have been taking it out, thankfully, the slim form factor allows me to slip it in my jacket or my jeans, and considering how it comes with a super-soft carrying pouch, it will not catch any lint or will not get dirty either. 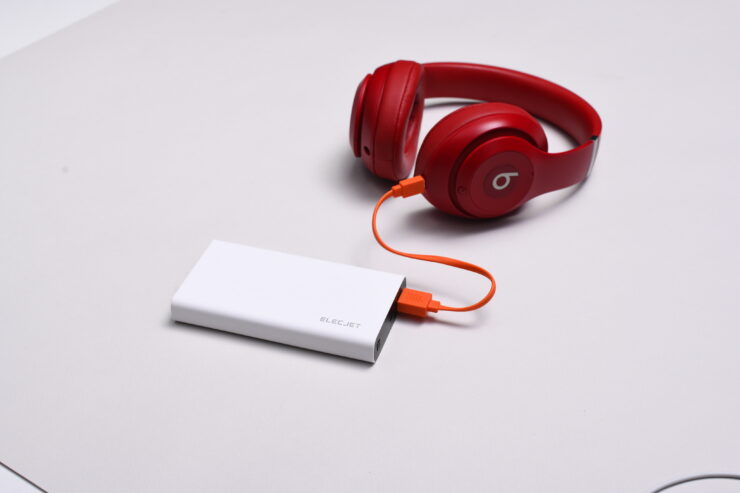 My daily driver is a Galaxy S21 Ultra which comes with a beefy 5,000 mAh battery, and to be honest, I did have some concerns because I knew my phone would drain the power bank, and it did so as well quickly. However, considering how the Apollo Ultra takes less than an hour to fully charge, that really was never that big of a concern for me. 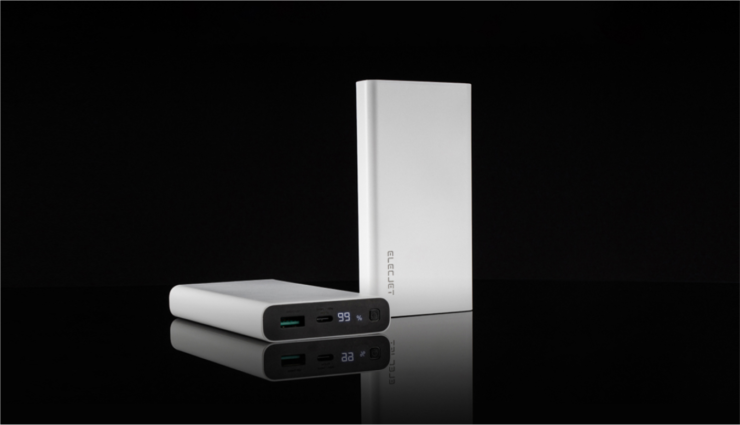 Although the Elecjet Apollo Ultra is an excellent portable charger, power bank, or whatever you wish to call it, it does not come without flaws that are... subjective at best. For starters, I believe the white color is something many users would not want as it does not go well with the rest of the devices. Additionally, at 10,000 mAh, the power bank depletes a lot faster than one might think. It charged my Galaxy S21 Ultra from 0 to 100 once and then from 0 to 37. Do I blame the power bank itself? Nope, as it delivered the performance promised, I hope the company works on a larger capacity with the same tech behind it.

After spending a reasonable amount of time with the Elecjet Apollo Ultra, I have realized that my perception of power banks has changed forever. I will no longer be convinced by any other brand unless I am getting the same level of performance and innovation. I am waiting to see how the power bank holds up in the future and whether this new tech manages to hold up or not.

For those wondering, the Elecjet Apollo Ultra is priced at $65 for the Indiegogo backers, and while it might be expensive to some, you are getting the benefit of super-fast input and output as well. Which more than justifies the price.

For those interested in the power bank, you can check the campaign and get more details here.