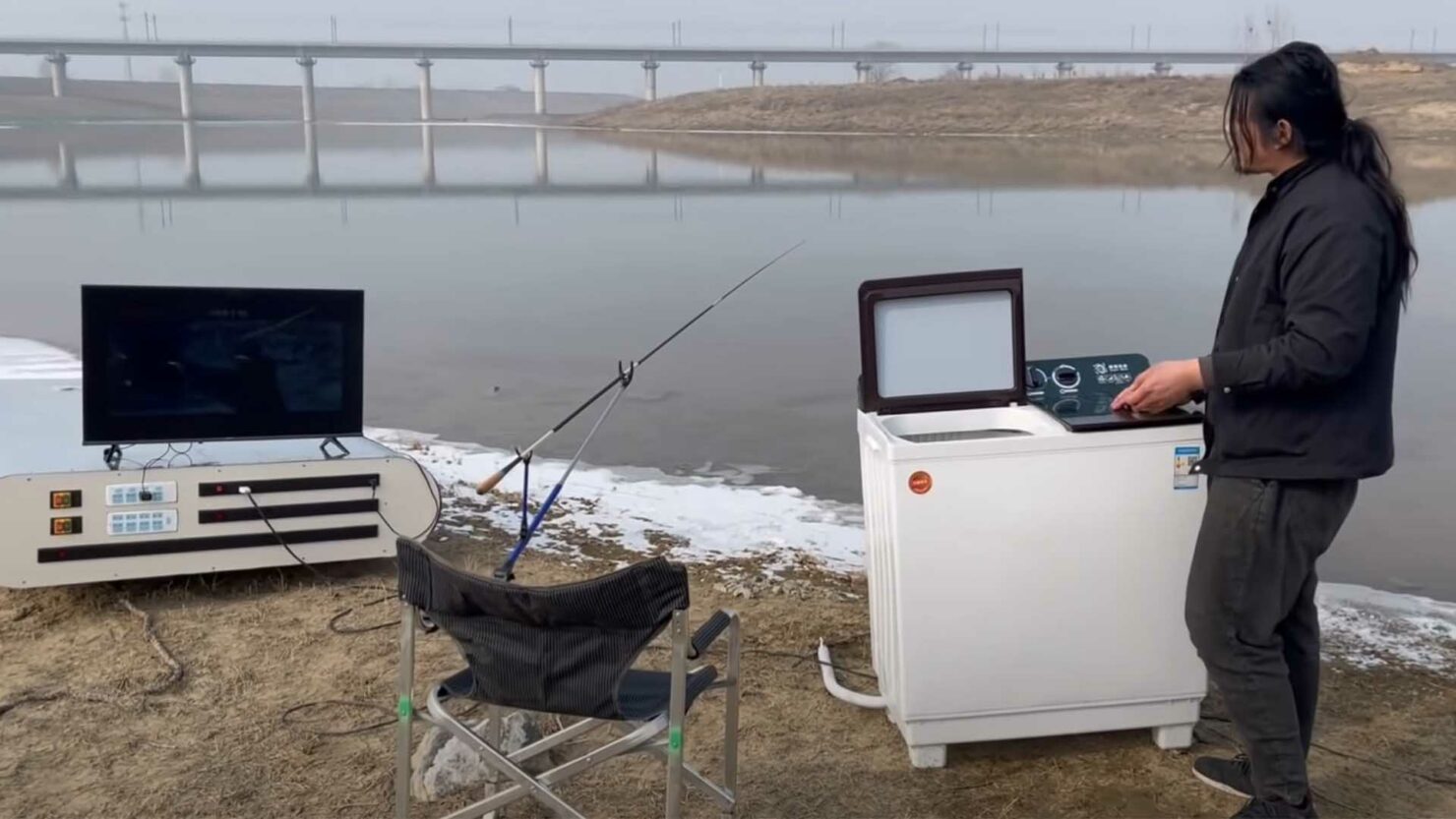 Are you tired of small capacity powerbanks running out of juice after a few charges? If yes, then you might want to take a little inspiration from Handy Geng, who made a 27 million mAh powerbank to provide power to heavy-duty appliances like a washing machine. In case you did not read the capacity correctly, it is 27,000,000mAh or a thousand times the capacity of a 27,000mAh powerbank.

The 27 million mAh monstrosity was made using a giant metallic casing that was constructed to take the shape of your average-looking powerbank, now supersized. Something this large cannot be incorporated with traditional USB-C or USB-A ports to charge low-wattage devices like smartphones and tablets. The video clip below reveals that the powerbank flaunts a total of 60 charging outputs, with all of them supporting 220V of input voltage.

Before he gets around to charging the larger appliances, Handy Geng wanted to check if it actually works. Sure enough, after plugging in several smartphones, tablets, and laptops, the creator proved that the gargantuan-sized powerbank is fully functional. Next up come the bigger appliances, because what better way to take advantage of a movable power hub than by hooking up the more demanding machines to it?

Handy Geng showed that not only is the powerbank capable of providing sufficient juice to the washing machine, but a TV and electric induction pot were also used, all without the powerbank exhibiting a hint of a problem. The only downside is that something like this is absurdly large and hence, not practical to carry around with you, but at least it will be a decent solution for people who experience continuous power outages in their neighborhood.

It does not look like Handy Geng will look to mass produce his science project at any stage, but assuming he does, it will be an excellent addition to someone’s home.