The Dragon Quest franchise has a pretty solid history with spinoffs, with sub-series like Dragon Quest Monsters and Dragon Quest Builders being nearly as compelling as the mainline entries in the series. Really, it’s hard to think of a game with the Dragon Quest name attached that’s been anything less than pretty good. Given that history, there’s certainly reason to be intrigued by Dragon Quest Treasures, the new Switch-exclusive spinoff of the slime-loving series.

With the next core entry in the franchise likely not arriving for some time, can Dragon Quest Treasures tide hungry fans over? Or is this a rare chunk of Dragon Quest fool’s gold? Time to delve deep into this particular treasure chest...

Dragon Quest Treasures acts as a prequel of sorts to Dragon Quest XI, although don’t expect any particularly meaningful ties between the two. Treasures casts players as kid-versions of DQ11 supporting character Erik and his sister Mia, who are living on an unnamed Viking ship as the game begins. One night you’re visited by a magical pig and cat, respectively named Porcus and Purrsula, and whisked away to the treasure-packed land of Draconia. You quickly start your own treasure-hunting gang and your new magic animal pals task you with collecting the seven Dragonstones, which will somehow lead you to the “Treasure of Treasures.” Of course, you’ll make a few bucks for yourself along the way.

In terms of gameplay, Dragon Quest Treasures is pretty much what it says on the tin – it’s a Dragon Quest action RPG about finding and hoarding shiny stuff. Early on, you establish a headquarters in a ramshackle castle. From there, you’re free to search for riches on one of five different islands. The “treasures” you find come in various forms – money, items, and crafting materials are dropped by enemies or found in basic chests strewn around each area, but finding more valuable objects is a bit more complicated.

The monsters in your party will detect silver chests as you explore, marking them with a glowing beacon so you can dig them up, while extra valuable gold chests require more dedicated detective work. Your “Treasure Tracker” compass will point you in the right general direction and when you get close enough, your monsters will offer “Treasure Visions,” a series of images from different perspectives showing exactly where the chest lies. Find the treasure’s precise spot and it will light up so you can dig it up. Even then, you’re not in the clear, as silver and gold treasures need to be brought back to your HQ to be appraised. Rival gangs can attack and rob you before you can return home, but collecting a large amount of treasure in a single run will provide you with a significant bonus, so there’s a nice risk-reward system in place.

Bringing back a good haul provides a satisfying dopamine hit as each treasure is revealed and appraised. It seems inflation has been running wild on Draconia, as you get tons of cash for almost everything you bring in, with most gold treasures being worth millions, and the appraisal process is full of fanfare, confetti, and raining coins. As you amass an ever-larger hoard, your gang levels up, providing bonuses, new stores and improvements for your HQ, and the ability to progress the game’s story. Eventually, your gang’s once-rundown castle hideout will be decorated with heaps of valuables that would make Uncle Scrooge blush.

Unfortunately, while Dragon Quest Treasures' core mechanics and gameplay loop are satisfying, almost every aspect of the game feels underdeveloped in some way. Combat is simplistic, with your three monster companions fighting largely independently as you can only issue very simple commands. Granted, your monsters usually do an okay job, but they can also make dumb decisions or leave you high and dry if they get stuck somewhere and can’t reach the battle. While you can do some direct melee damage to enemies, you mostly play the support role, using a slingshot and a variety of pellets to attack enemies from afar or heal and buff your allies. You can also revive your fallen monsters and choose when to unleash certain special attacks.

Combat works well enough, but it isn’t particularly challenging and suffers from a lack of monster variety. The game’s five islands largely feature the same lineup of enemies, just with different color coding. This also undermines the game’s Pokemon-style monster collecting – yes, technically there are dozens of different creatures to recruit to your gang, but with so many of them being replicas, it’s hard to get too excited about any of it. Personally, I found a team I liked relatively early and just leveled them up, only collecting new monsters occasionally or when a quest specifically required it.

Dragon Quest Monsters’ presentation doesn’t exactly scream high effort, either. Visuals are simple, with low-detail character models and environments, and even then, performance stumbles in large open areas. Of course, the classic Dragon Quest tunes are as hummable as ever, but lazy, endlessly-repeated voice clips will have you quickly searching for the audio menu.

Ultimately though, the biggest problem area with Dragon Quest Treasures is right there in its title. While hunting for treasures generally works well, they aren’t specific to any one spot; treasures are restocked and their locations are randomized every time you return to an island. While the likeliness of finding certain types of treasure changes each time you visit a region, nothing is stopping you from choosing a few favorite small areas and scouring them for treasure time and time again. There are collectible maps that will lead you to brief battle dungeons with a reward at the end, but only a very small percentage of your treasure is gained this way. Why challenge yourself to explore further afield when you’re just as likely to find an iconic treasure right near the train station you arrived at? This game never gives you a compelling reason.

Dragon Quest Treasures’ reluctance to push you out of your comfort zone is a shame because its maps are all well-designed, and the game’s core story, which does make you track down the Dragonstones in specific places and ways, is actually quite compelling. You’ll find yourself scaling a mountain to find an undead merchant, pickpocketing a Dragonstone from an angry ogre, and more. The campaign serves up some surprisingly epic moments, including some good (albeit somewhat repetitive) boss fights. These parts of DQ Treasures provide a hint at what the game could have been had the developers been a bit more committed to fleshing their ideas out.

But hey, if the simple satisfaction of opening endless chests is all you need, then Dragon Quest Treasures should keep you busy. You can finish up the game’s story in 20 to 25 hours, but there are challenges to pursue after that, and really, there’s nothing to stop you from whiling away as many hours building your hoard as you want. Ironically, when playing Dragon Quest Treasures, time isn’t money.

This review was based on a copy of Dragon Quest Treasures provided by publisher Square Enix. 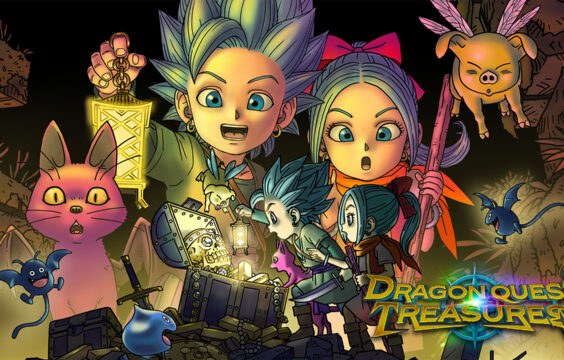 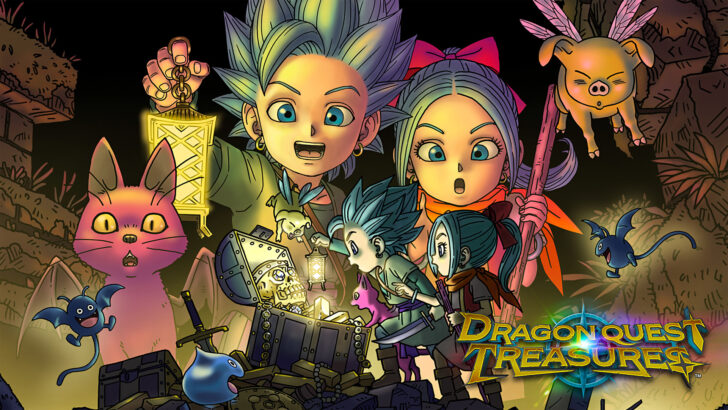 Dragon Quest Treasures offers plenty of charm, solid core mechanics, and a certain slot-machine-style appeal, but fortune favors the bold, and the game holds back in too many ways. Unremarkable visuals, simplistic combat, and the eventual repetitive feeling of treasure hunting limit the experience. Younger players and hardcore fans of the franchise may still covet Dragon Quest Treasures, but the game could have truly sparkled with a bit more polish. 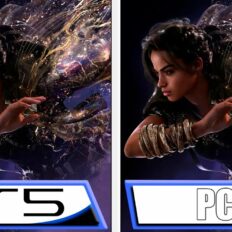